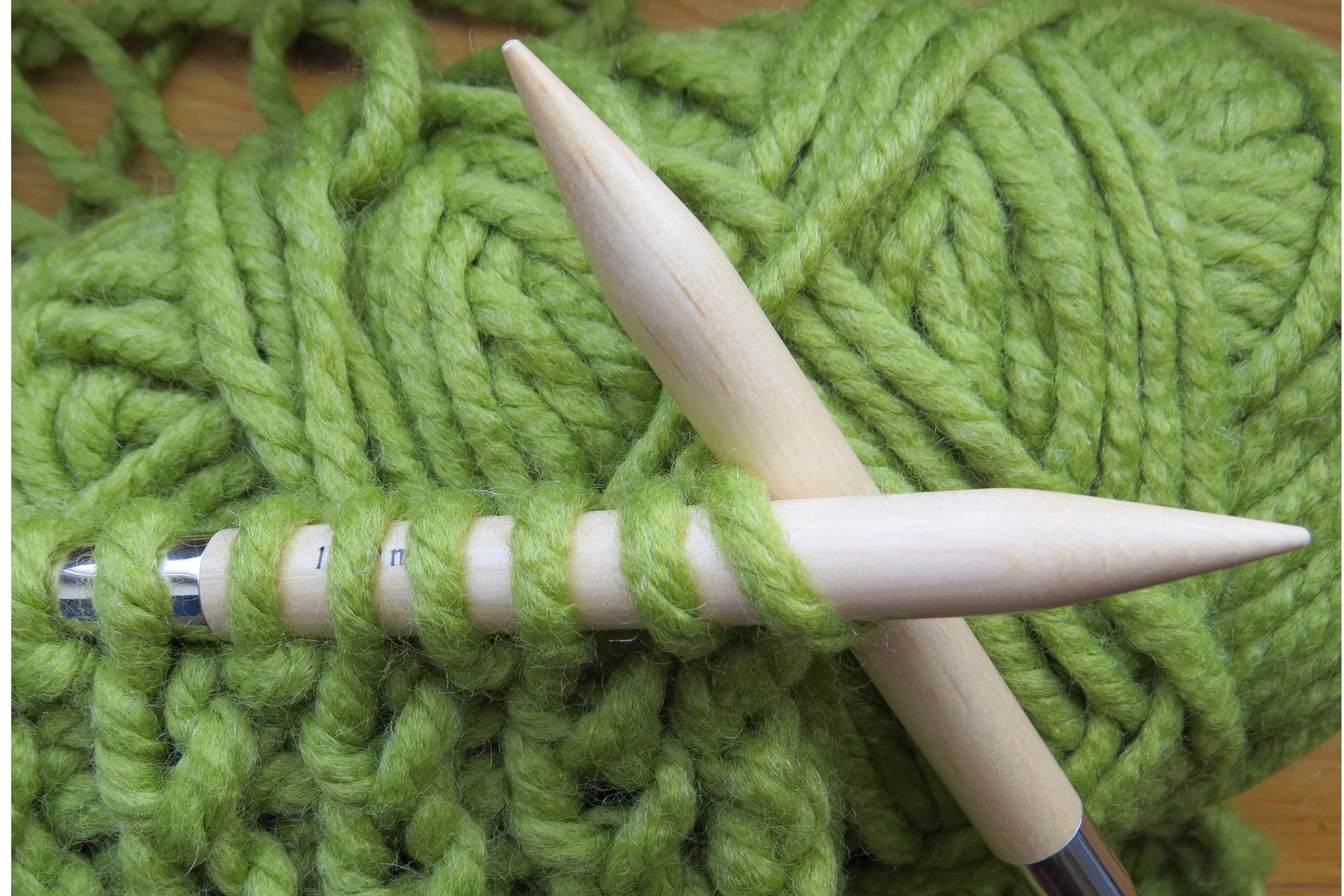 07 May Great time to try: knitting your first woolly scarf

Posted at 09:46h in Editors Picks, Inspire by admin

Being in isolation might be a great time to try something new. Emily Brayshaw   In this series, we get the basics on hobbies and activities to start while you’re spending more time at home.

First, a warning: knitting can be highly addictive.

The enduring popularity of knitting lies in its practicality, portability and the proof that it is very good for your mental health as means of meditation and relaxation.

Knitting is associated with comfort and the home, sources of stability for many people. People in self-isolation around the world are increasingly turning to knitting (and other crafts) to help them kill time and block out the COVID-19 crisis news for a while.

Even US sailors and marines deployed in the Persian Gulf have started a knitting club to help them cope with the stresses of being stuck on the US Bataan due to COVID-19.

The origins of hand knitting are unclear, but surviving examples of its ancestor, a single-needle technique which became known as nålbinding in the 1970s, have been found in Israel dating back more than 8,500 years.

The ancient Egyptians used the single-needle knitting technique to make socks around 600 CE.

Nålbinding spread to Europe and became popular with the Vikings between 793–1066 CE in Scandinavia and the lands they invaded because it was an easily transportable, effective method to create sturdy, serviceable garments.

Early knitting needles were made from wood, bone and antler. By 1100 CE knitting had evolved and spread throughout North Africa and Europe to the looping and knotting technique on two needles that we still use today. The term “knitting“likely comes the Dutch word, “knutten”, which is from the Old-English verb, cnyttan, both words meaning “to knot”.

Many of the knitting techniques that we still use today were well established throughout Europe by the 1300s. And by the 15th century, the technique of knitting with four and five needles – to create a seamless, tubular-shaped garment – was also widespread.

Any type of yarn can be knitted using the two-stick method and people knitted silk, linen and cotton into luxurious garments, including jackets.

Examples of intricate hand knitting, including socks, vests and caps from the 12th to 17th centuries survive in museum collections, showing not only the craftsmanship involved in their creation, but the evolution of knitting as a highly-skilled, greatly-prized activity.

Commercial hand knitting was an early victim of the industrial revolution, with the invention of the first mechanical knitting machine in 1589. But the skill of hand knitting survived into the 18th century by becoming an acceptable pastime for wealthy women to show their good taste and skill.

Complicated, delicate, hand-knitted garments were still prized in the 19th century because they could not be made on machines.

Hand knitting remained popular in the 20th century, in part due to mass efforts to knit garments, including jumpers and socks, for soldiers fighting in both world wars. Just a few months ago, people around the world knitted thousands of pouches for animals injured in Australia’s devastating bushfires.

Like many ancient skills, knitting is simple to learn. Luckily for everyone in lockdown, there are countless YouTube tutorials to help you get started.

When you’re new to knitting, working up a pattern with a fine yarn and small needles can be discouraging because it takes longer. It can also be tricky to hold smaller needles and yarn if you’re not used to it. Learning to knit using larger needles and chunky yarn allows you to master the action, and get that satisfying feeling of finishing your project more quickly.

The three basic techniques you need to know are how to cast on, do plain stitch (also known as knit stitch), and cast off. When you can do these three easy things, then you’ve got the skills you need to knit a scarf like a boss.

As you become more confident in your knitting, sites like Knitting for Dummies can give you the information you need to learn how to read a knitting pattern. You can try your hand at a basic beanie or even a basic jumper.

Joining an online knitting community like Ravelry can put you in touch with like-minded knitters, give you access to beautiful patterns, tips and tricks, and get you thinking about different yarns.

Starting with a scarf

This Simple chunky knit scarf pattern is a perfect beginner project and can be made in any colours you like.

KF&B = knit front and back to increase

Add some super cute pompoms to put on each end and voila! Cosy times and kudos.