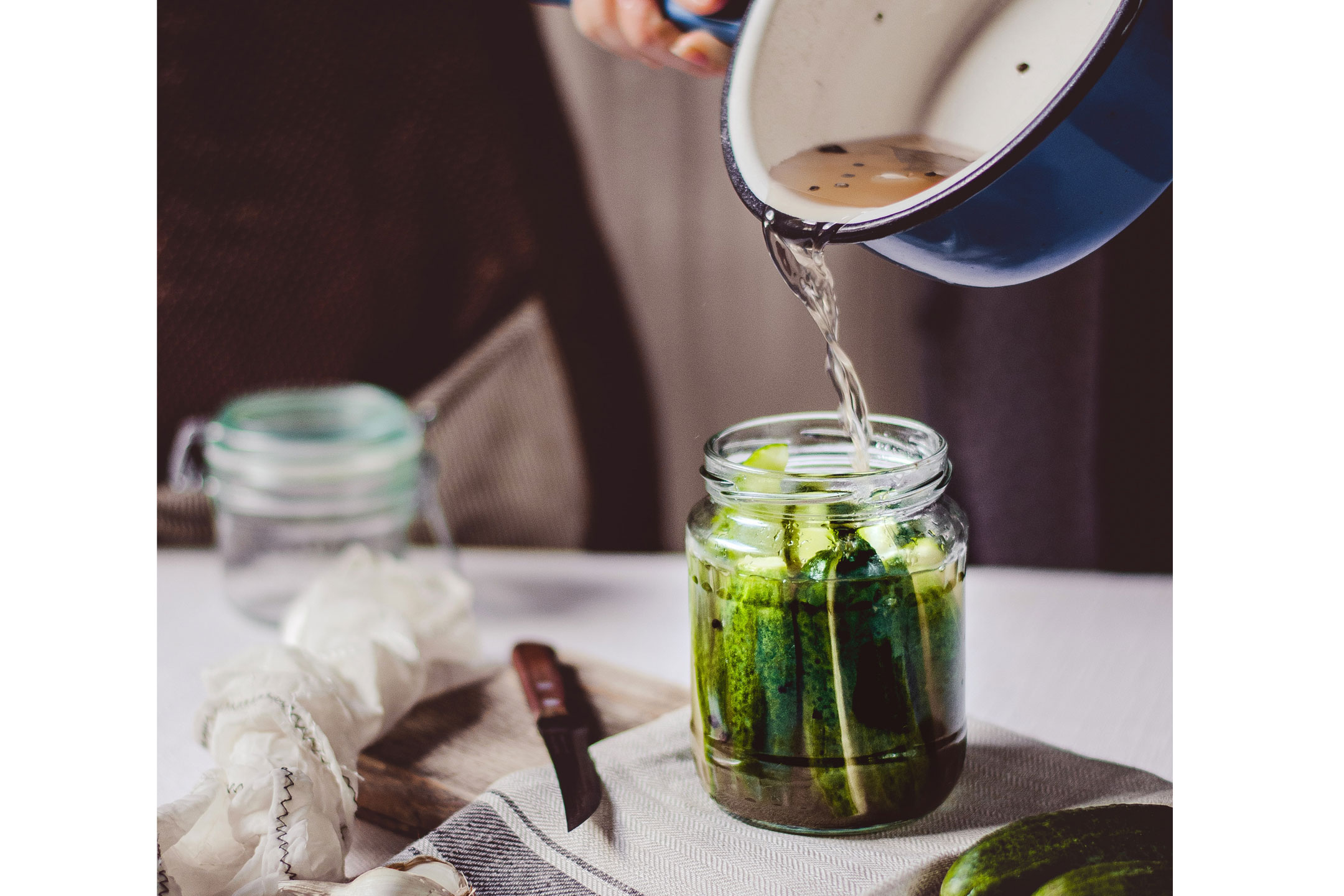 Posted at 15:33h in Editors Picks, Inspire by admin

Being in isolation might be a great time to try something new reports Donna Lee Brien.

Pickling foods in vinegar or fermenting them in brine is one of the oldest food preservation methods. The earliest archeological evidence comes from Ancient Mesopotania and the Tigris River Valley more than 4,000 years ago.

Pre-refrigeration, pickling allowed vegetables and fruits to be eaten long after they were in season, and meats such as salt pork to be carried on long journeys and into wars. Pickling soon spread around the world: pickles are mentioned by Aristotle, in the Bible and in Shakespeare’s plays. Cleopatra and Queen Elizabeth I were prominent proponents of their health properties.

The wide adoption of electrical refrigeration in the 20th century meant pickling was no longer necessary for preserving food, but by then pickles were appreciated for their taste, and so the method has lasted.

The 1893 edition of Mrs Beeton’s Every-day Cookery and Housekeeping Book has a number of inspiring and achievable recipes ranging from gherkins and herrings to nasturtiums as an alternative to capers.

Mrs Beeton also includes a warning against purchasing “inferior” commercially produced pickles, as copper sulphate was used to give a vivid, but unfortunately quite toxic, colour. Anxiety over food adulteration reached dizzying heights in the Victorian age, with dangerous and even poisonous substances added to foods to enhance colour and flavour, or eke out more expensive ingredients.

The Country Women’s Association Cookery Book from 1936 compiles “tried-and-true” members’ recipes, with a pickled beetroot recipe using a thin layer of melted fat to form an airtight seal on the cooled jar. Such vacuum sealing was essential for unrefrigerated storage.

In New Zealand, the 1968 edition of The Aunt Daisy Cookbook contains an entire chapter on pickles and chutney, including pickled figs, peaches and pears. One recipe suggests steeping blackberries in sugar overnight, boiling in vinegar, then spicing with ground ginger and allspice.

Reflecting Australians’ increasing interest in other cuisines, Margaret Fulton’s Encyclopedia of Food and Cookery (1983) used a number of Asian flavours, such as her curried aubergine pickle with fresh ginger and chilli. Fulton was also aware of how pickling can turn waste destined for the green bin or compost into a crunchy condiment, as in her recipe for pickled watermelon rind.

Easy recipes to try at home

“Quick” or “refrigerator” pickles provide an easy way into pickling. The below is barely a recipe, but it is both reliable and totally adjustable to taste.

This can be made during the day and refrigerated, covered, until dinner, or assembled while the rest of the meal is being prepared. Drained, these crunchy slices can be used on burgers and in sandwiches and salads, or just enjoyed on their own. They can be stored in the fridge for a few days, but become softer.

This is also a delicious way of pickling a thinly sliced red onion. When left for a couple of hours, it emerges from the solution not only soft and sweet but a gorgeous pink.

This recipe adapts elements from Aunt Daisy and Margaret Fulton. It requires some patience waiting for the flavours to develop, but not too long. Nervous about food hygiene, I keep this in the refrigerator.

This makes about three jars, depending on the size of the cauliflower, onion and jars.