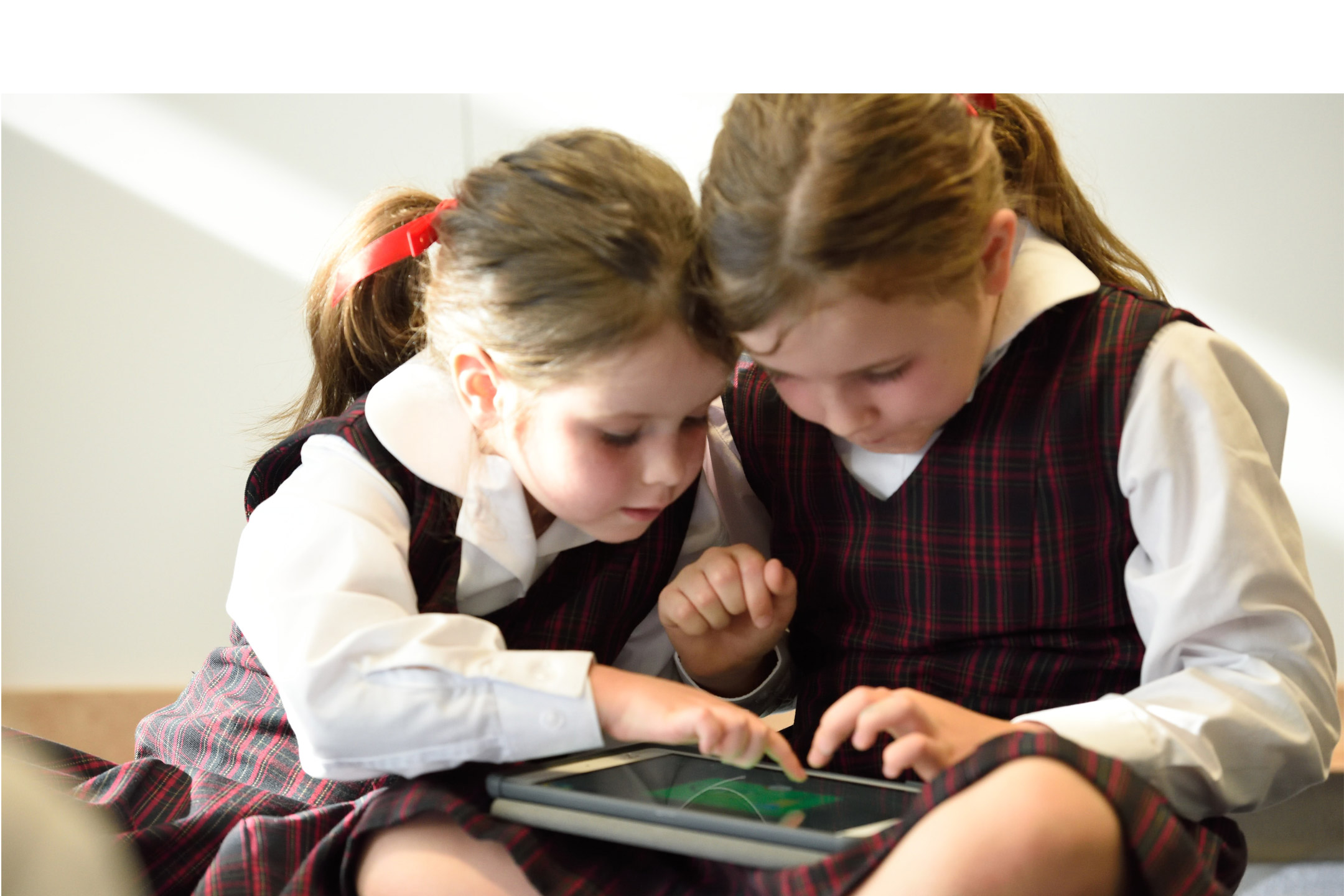 19 Aug Has Technology in the Classroom Gone Too Far

The teched-up eClassroom is changing how kids learn and teachers teach. Is there still a place for things of stone and wood?

When Quakers Hill Public School students in Sydney wanted a 3D printer to learn how software integrates with hardware, they built their own. As one of 15 schools worldwide in Intel’s Galileo learn-to-code program with its ‘electricity’ theme, the students also printed a streetlight to run cabling through. Years 5 and 6 kids then coded the light to turn on and off.

The school is a wireless hotspot with a router in every classroom, tablets used at a 1:2 device-to-student ratio (1:1 in Year 6) and three 1:1 computer labs. Teachers take the kids to the local Apple Store, which even closed its doors for a one-day private session so students could learn programs like iMovie.

Teachers stream content from their phones via Apple TV to interactive whiteboards and new touchscreen TVs.

Old-fashioned furniture is making way for a $14,000 order of booths, stools and beanbags based on e-learning guru Stephen Heppell’s philosophy of agile learning spaces.

Three of Scott’s tech picks include:

Robotics is in the classroom from the start at Berwick Lodge Primary School in Melbourne. Prep to Year 2 students program bumblebee-shaped Bee-Bots to move using buttons or an iPad app; Years 3 to 6 build and manipulate a robot using Lego We Do, NXT and EV3 MindStorm software.

Selected maths and problem-solving students take part at the state level in the Robocup, and as 2013 National First Lego League joint champions, competed against 16 to 17-year-olds at the world championships in Spain.

Technology is turning teachers and students into peers. Leading teacher in robotics and numeracy at Berwick Lodge, Traceye Rapinett, says, “I have learnt as much from my students as they have from me. The students are very good peer coaches.”

“Peer-to-peer learning through collaboration is just as important as teacher-to-student learning, and prepares students for life beyond the classroom,” says Emma Broadhurst, a primary school teacher and eLearning Advisor at Swinburne Online, where she teaches primary school teachers-to-be. “It allows them to learn important life skills, like how to listen to someone else’s ideas and share their own thoughts constructively.”

At Aveley Primary School in Perth, parents can see schoolwork marked in real-time as Year 5 and 6 students submit their work via their BYODs (Bring Your Own Device).

“I’ve seen such a big change in my students since we implemented the BYOD policy six months ago,” says IT coordinator and Year 5/6 teacher Kylie Davis. “They have become so much more curious, and their independent enquiry skills have gone up. It’s amazing.

The device also supports students with learning issues, ADHD, or reluctant writers. It’s a huge advantage to have access to the internet whenever they need it. It’s a tool that lets them present work in a range of ways they choose – visually, or through words.”

Will Tech Go Too Far?

Technology is not just linking kids to ideas; it’s linking to their bodies. Associate Professor Michael Gard of University of Queensland’s School of Human Movement and Nutrition Sciences, has just started a three-year study into the digitisation of school health and physical education and raises a “nightmarish” vision in which technology makes P.E. boring, judgemental and narrow. (see Sport and Physical Activity across the Lifespan)

Companies are vigorously marketing products to schools to monitor and control students’ body-mass index, movement and diet, he says. He cited the case of a Texan school, which uses a device to photograph students’ full plate at the school canteen, their empty plate when they return it, calculates the calories, and generates a letter to the students’ parents about their consumption. Some American states are moving towards performance pay for P.E. teachers who help students lose weight.

“I believe children should engage with food and physical activity in a carefree way,” says Michael. However, he does see positive opportunities, too. “We recently found teaching students developing games where a paraplegic child could operate a console with their hand to interact with a screen, playing against an able-bodied child who moved their body to move the screen.”

Nice Wires, but Will It Fly?

Is all this gadgetry actually delivering the hoped-for boost in educational outcomes? Not really, according to Alan Bain, Professor of Innovation in Learning, Teaching and Technology at Charles Sturt University, and co-author of The Learning Edge: What Technology Can Do to Educate All Children (2011).

“Education hasn’t found a way to leverage technology the way other fields like surgery, engineering or banking have,” he says. “All too often technology use is not close enough to the teaching task to influence learning.

For example, you would think that instructional TVs or a simulation’s ability to demonstrate a principle in the physics lab visually would have a profound effect, but it’s not much better than the traditional method of storytelling on the blackboard. It’s surprising, really.” According to Alan, better outcomes are about knowing what really, really good teaching looks like first, and then embedding technology deeply in that.

One of the world’s oldest, most challenging analytical games, chess, is being employed at Riverlands Montessori School in Perth’s Swan Valley to teach children how to make difficult and abstract decisions independently and to enhance reading, memory, language and maths. A giant outdoor chess set donated by a local business is in use every lunchtime.

“Chess is an incredible source of cognitive development,” said Riverlands early childhood teacher, Ian Chapman. “It fosters critical and original thinking, as well as giving the kids practice at making accurate decisions under time pressure. It has shown me that technology isn’t everything.”

As part of a University of Queensland trial of the educational impact of humanoid robots, students at St John’s Grammar School in Adelaide programmed a robot called ‘Thomas’ to peer-mentor, do tai chi, hip-hop dance and talk Japanese.

“Relying on a 3D computer image is, of course, much easier,” said Ian,

“but the more reliant we become on computers, the fewer areas of the brain we light up.

Surely there is merit in taking time to produce something slowly and painstakingly that doesn’t necessarily work the first time, in a world that mass-produces everything it can. What other industry or practice can be so naturally pure and creative? From tree to the concert hall.”