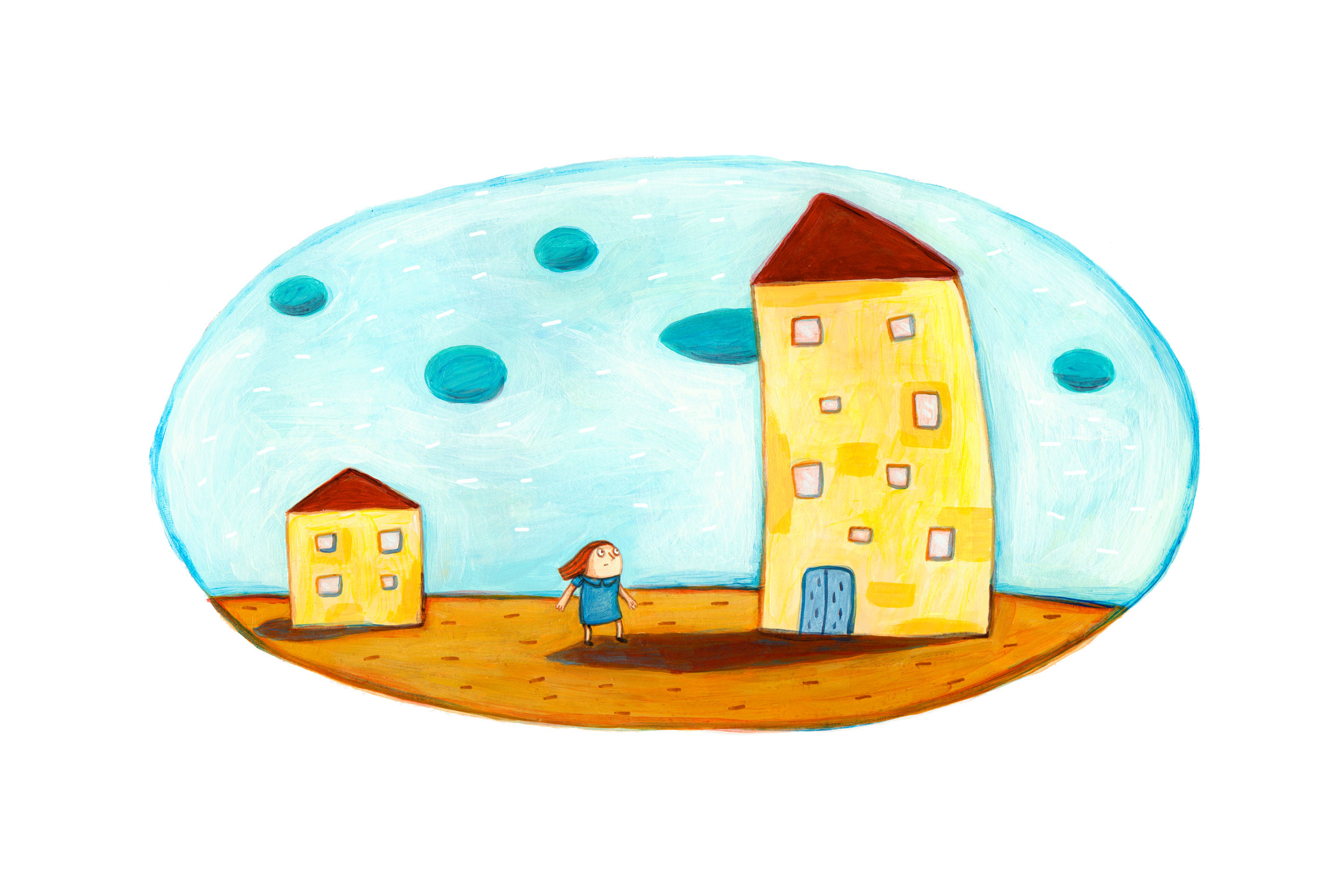 30 May Heading for high school

Posted at 09:42h in Education, Inform by admin

Angela Rossmanith writes about factors involved in children making the transition from primary to secondary school.

“Kids need to feel confident about coming to high school, and to feel comfortable there. The more they visit, look around, talk to teachers, talk to the big kids, the better off they are.”

Starting school is a big deal for littlies and their parents, but the transition from primary school to secondary school receives less attention. Yet it marks another significant milestone in children’s lives, and young people’s wellbeing and academic success can be profoundly affected by how it all goes. A smooth transition lays the foundations for a happier high school experience.

Imagine how a child of 10 or 11 feels about leaving the security of a smaller school, where they’ve been among the eldest students for a couple of years, where they know most teachers, and where the routine is familiar. They are heading for the big unknown. “Only one other friend is going to the same school as me,” Tahlia tells me. “Mum says I’ll make other friends, but I’m scared I won’t.” And Vincent says that he’s worried about all the homework expected at high school. “My cousin says he never has time to play or do things anymore because he’s always doing schoolwork,” he says. “I like sport and stuff so the high school doesn’t sound like much fun to me.”

Tahlia and Vincent echo the concerns of many children as they gear up for secondary school. Starting high school means being the smallest and the youngest in a larger school population, managing a new curriculum with many different subjects, adapting to the teaching strategies of a range of different teachers, and facing new academic expectations. What’s more, the transition from primary school marks the shift out of childhood into adolescence and puberty, with all the attendant physical, intellectual and emotional changes. It’s no wonder that so many kids feel anxious around this time. “It was very scary to take that step,” says Kristy, who is now in her fourth year of high school. “I was lucky because I had a big sister to look out for me, but most other kids didn’t have that. I reckon a few of the kids who started with me took a couple of years to settle in, and there are a few who still have trouble fitting in. They were okay in primary school, but things went bad when they started in high school.”

There was a time when students were expected to just get on with it, but as a society, we’re now more aware of people’s health and wellbeing, says Valerie Gould, executive director of the Association of Independent Schools of Western Australia. “Schools have realised that many kids struggle in the early years of secondary school and are committed to helping them. We now know that if students are not doing well emotionally, then they won’t learn the way they should.”

The transition is easier for students in those independent schools that span all of the primary and secondary years, she says. At the other end of the spectrum, it can be especially difficult for students who find they are the only one of the group going to a particular high school.

Across Australia, education departments have recognised the needs of children in what is known as ‘the middle years’ of school, from Years 5 to 9, giving particular attention to the transition from primary school to high school. For example, in NSW a new strategy entitled Our Middle Years Learners: Engaged, Resilient, Successful was launched in October 2006. Followed by the paper Generation Next in 2014

Part of the strategy drew on the results of a 1999 Cambridge study that identified activities schools could incorporate into their transition programs. The aim of the study was to assess whether students’ academic progress was negatively affected when they moved from one school to another or from one class to the next and whether schools had effective strategies for dealing with any problems. The researchers began with the premise that “we need young people who can sustain, through primary and secondary schooling: an enthusiasm for learning; confidence in themselves as learners; a sense of achievement and purpose”.

A lot of work is already being done to effect smooth transitions in schools right across Australia, as Departments of education in all States and Territories have focused on helping students with this important stage of their lives.

“Kids need to feel confident about coming to high school and to feel comfortable there. The more they visit, look around, talk to teachers, talk to the big kids, the better off they are. We also like to have high-school teachers and students from the first year of high school going to talk to them, to let them know that they don’t have to worry, that everything can be sorted out.” Said retired Principal, Brian Ralph

Ralph also encourages schools to hold information sessions for parents and students, including sessions on learning styles. “Often parents don’t realise that different children learn in different ways, and it helps them to understand their own child’s preferences. You can show primary students how to go about an assignment for high school, or how to write up a report. It’s important to have them start managing their own learning before they make the transition.”

In 2003, Queensland’s Department of Education, Training and the Arts established an action plan called ‘The Middle Phase of Learning’, a new approach to teaching and learning for Years 4 to 9. The plan was based on research findings that during this time students often lose their enthusiasm for learning and disengage from classroom activities. The department regards to support in the transition from primary to secondary school as an important element in helping children make what they call “the learning journey” a positive experience.

Many schools rely on a peer-support program to help students settle into secondary school, says Sharlene Chadwick, Training and Development Manager for the Peer Support Foundation ( 2012). A longitudinal study conducted by the University of Western Sydney in 2003 looked at elements of the transition period and found that running an effective peer-support program helps to equip students to successfully negotiate the transition. Central to the peer-support model is connecting new students with older students who have been trained to listen well and answer the younger students’ concerns. “It enhances their relationships with their peers and their teachers,” she says, “but it also helps them to develop positive attitudes towards secondary schooling.”

The Peer Support Foundation’s transition program addresses organisational issues, teaching students how to read a timetable and how to find their way around a really large space. Chadwick urges parents to listen to their children’s concerns and validate them. “For some kids, it can be a frightening experience,” she says. She also suggests that children maintain some continuity outside school, carrying on with a sport or other activity as they make the move from primary to secondary school.

The transition to high school can be especially difficult for children with learning difficulties. This year, Robert Pinchin’s son, Sam, started at an inner-city high school in Sydney. Sam was anxious about severe dyslexia that had dogged him in primary school, but his parents met with several of the high school staff to discuss how Sam’s learning might be handled. Months later, Pinchin says his son comes home happy each afternoon. “I think it’s because he feels there’s a place for him there. We wanted him to attend this school because I’d heard it’s very good at this transition stage.”

Robert Pinchin believes it’s important for parents to be available and involved throughout their children’s schooling. “When Sam was in primary school, I went to working bees every second weekend. It was hard because of my demanding job, but I thought it was important. When he was about to start high school, I participated in everything they offered to parents. I’ve also donated books to the art department. Sam is good at art, it’s one of his talents.”

But parents need to be patient, he says. He has just returned from a parent/teacher evening, where some of Sam’s teachers were unaware of his dyslexia and interpreted his difficulties as his not trying hard enough. “It’s a bit frustrating that the information didn’t filter through,” says Pinchin, “but I do understand how busy teachers are. It just goes to show that as a parent you have to keep up that communication with your child’s teachers, especially if there’s been any kind of difficulty.”

“I think high school could be fun,” says 11-year-old Imogen, and her friend Laura agrees. “I feel nervous that I’m going to miss everyone here, but you remind yourself you have to grow up. Going to high school means that you are starting on the road to being an adult.” They glance at each other and have a giggle, turn back to me and tell me that they think they’re ready.

For Further Information:   State by State

VIC: Ten tips to prepare your child for High School

ACT: The Transition of Primary School Students to High Schools

Originally published in CHILD magazines and edited for the web