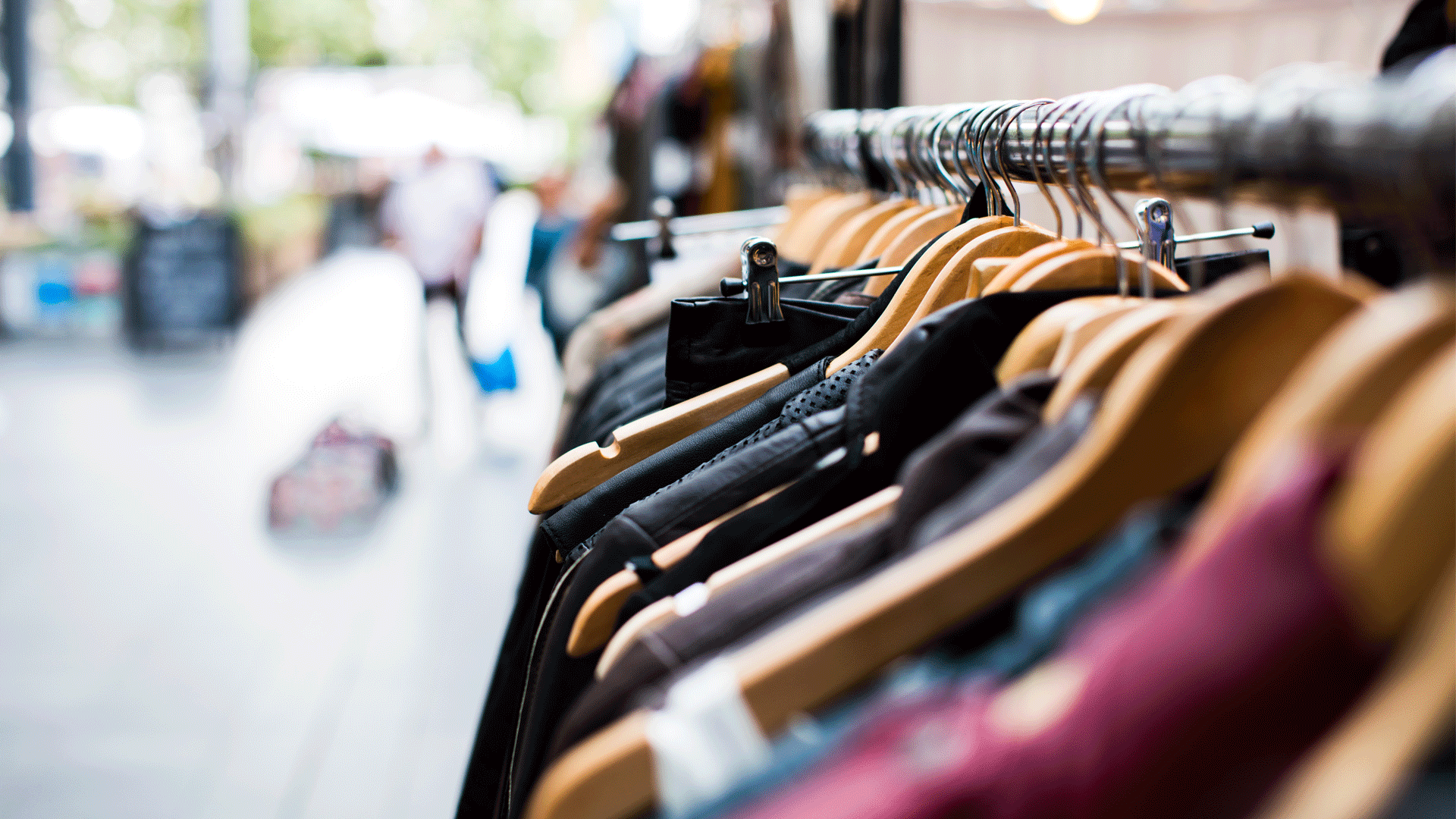 Posted at 17:42h in Inform, Inspire by Guest Contributer

We all love to shop! But can fast fashion come with too high a price? We investigate and learn about making better buying decisions.

On the hunt for brain food while channel surfing, I came across the May 2015 documentary, The True Cost.

The filmmaker, Andrew Morgan, had me at, “Fashion is the second biggest polluter of our planet, after oil.” What?

Turns out, while the price of the clothes we wear has been going down ($7 T-shirts, anyone?), the workers who make them, our farmers and natural resources are experiencing an increasing cost. The largest wave of suicide in history is taking place in India (our second largest cotton growing nation), with one farmer committing suicide every 30 minutes due to the cost of genetically modified cottonseed.

Fast fashion relies on our desire to continually feed our thirst for something new and the idea that happiness comes from ‘stuff’. We’ve shifted from seasonal fashion to stores that receive new shipments twice weekly, some daily, in order to sell more product.

I’d presumed that the cost of clothing was dropping because of all the new brand entrants to the Australian market. I was wrong – clothing companies and their competition are demanding increasingly lower manufacturing costs and as a result governments in developing countries pay poverty wages to retain their business.

1. Fashion is a US$3 trillion industry.

2. We’re purchasing more than 80 billion pieces of new clothing every year – that’s 400 percent more than we bought 20 years ago.

3. Asia produces the most clothing, while China employs the most fashion workers at 5.3 million people (it was two million in the ’80s).

5. About 10.5 million tons of clothes end up in US landfill. UK and US secondhand stores receive so much excess clothing that they only resell about 20 percent.

6. In Australia, one third of your clothing donations are sold in charity stores, one third is exported to developing countries (destroying local trades), and the remaining third is either sold as cleaning cloths or goes to landfill.

7. Cotton is the biggest selling natural fibre in the world, accounting for around 32 percent of the world fibre market compared to wool at less than 4 percent and organic cotton at only 0.2 percent.

8. It can take more than 20,000 litres of water to produce 1kg of conventional cotton; that’s a T-shirt and pair of jeans.

10. Chemicals from cotton farming are being detected in waterways, affecting the local ecology and families in developing countries where their only drinking water is rarely monitored or treated.

Here’s my dilemma: I love fashion and I love cute kids’ clothing. I thoroughly enjoy my retail therapy, but how and where can I shop ethically and sustainably? Can we create a sustainable future for our children and ourselves?

In search of the truth, I spoke with father of four and Director of The True Cost, Andrew Morgan, and local industry experts. Here’s what I found out – and what I can do about it.

According to The Australian Fashion Report 2015, many fashion labels require the payment of a legal ‘minimum wage’. Legal minimum wages keep workers and their families in poverty and force them into excessive overtime. Women make up 85 percent of garment workers, and many children are separated from their mums and sent to live with rural relatives in order to be fed and educated. Changemakers argue for a ‘living wage’ – a wage that actually meets a family’s basic needs of food, water, shelter, clothing, energy and transport, with a small amount left over for ‘luxuries’ like medicine.

Many clothing labels don’t know when their production is sub-contracted, making improvements harder to enforce. We need transparency in the ‘supplier chain’, so clothing companies are accountable for monitoring and knowing who produces their clothes.

It disturbs me that children are forced into working to make our clothes, labouring under appalling conditions and violence.

When one clothing company offers a $12 skirt, their competitor then wants an $11 skirt. To achieve this, fashion companies demand cheaper production costs from their manufacturers. Clothing manufacturers, who can’t afford to lose business, then have less money to spend on paying decent wages. The use and polluting of our natural resources (water, land, air quality) is similarly not being factored in to the cost of production.

Can I really make a difference? I got some great advice.

Can I still be me?

Andrew said yes, and in so many ways. “Getting off the treadmill of cheap throw-away clothing has the potential to actually define your personal style. This is not about rejecting fashion or loving the things we wear less. I believe it’s about loving what fills our closet even more! Buying into better clothes, things we actually love and will wear and hold on to, is a richly rewarding experience and one that returns us to the essence of what true fashion is all about.”

“We must move away from clothing being made and marketed as a disposable good,” says Andrew. “It was Vivienne Westwood that famously said those simple yet beautiful words, ‘buy less, choose well, make it last’.

This is about investing in beautiful wardrobes instead of endlessly buying into cheaply made, mass-marketed pieces that fall apart.”

Will I have limited clothing store choices?

The good news is Ethical Clothing Australia has accredited around 80 brands – view their list at ethicalclothingaustralia.org.au

I also discovered baptistworldaid.org.au that grades Australian fashion companies according to 1) their actions in reducing the risk of slavery, child labour and labour rights violations, and 2) whether they are paying their workers a living wage.

With the free Good on You app (goodonyou.eco) by Ethical Consumers Australia, you can check a brand’s rating, find ethical stores near you plus send direct messages to brands to tell them whether they’re doing a good job or not.

Also look out for the internationally recognised Global Organic Textile Standard (GOTS) mark on your clothing, which ensures the organic status of textiles, and the Fairtrade Mark, which gives you an assurance that the materials have been sourced in line with Fairtrade Standards.

While policy and practice doesn’t always marry up, work is being done.

1. The International Labour Organization, Oxfam’s Bangladesh Accord, Fairtrade, GOTS and Sedex are working with fashion companies, governments and manufacturers to protect workers, children, farmers and our environment.

2. Some fashion companies are creating their own, often unmonitored, ‘Code of Conduct’, while others are working with organic cotton, and recycled or vintage fabrics.

What if I can’t afford to pay more?

Turns out, if we just paid an extra 50 cents to $1 per garment, that would give workers a 10 to 50 cent rise per hour. “When you’re earning less than two dollars a day, this is a big rise in take home pay,” confirmed Oxfam’s Workers’ Rights Advisor, Harvey Purse. You can use your voice next time you hit the shops – tag your favourite stores on a social media post of your purchase with the #‎50FF‬ #igiveafifty #livingwage hashtags.

Fairtrade Australia/New Zealand suggested that perhaps a better question could be ‘at what cost do my clothes come?’. Forty million small farmers, who are some of the poorest in the world, produce 60 percent of the world’s cotton. When manufacturers purchase cotton outside the Fairtrade system, the purchase cost, in many cases, doesn’t cover farming costs.

By spending just that little bit extra for your fashion, you’re ensuring that cotton farmers are part of a system where manufacturers pay a fair price for cotton and strict standards are set on environmental sustainability.

Can one person really make a difference when profit is king?

“One person will not change the fashion industry or force a company to change its operations, however, there are lots of ‘one persons’ out there,” said Sigrid McCarthy of Ethical Clothing Australia. “The more people questioning companies about their ethics and production processes, the more pressure these companies will feel to take positive action. Companies can’t ignore the risks often associated with unethical business practices, which can impact their brand reputation and in turn, profit.”

“Oxfam’s campaign to get Australia’s leading fashion retailers to sign the Bangladesh Fire and Safety Accord (created after the death of 1,129 garment workers and the injury of 3,000 more in Bangladesh’s Rana Plaza building collapse in 2013, after factory owners ignored warnings and orders to evacuate) was only successful because over 10,000 people provided their individual voices,” said Harvey.

Andrew firmly believes that the model of a profit-only system can and must come to an end. “We have to account for the earth’s resources and we must dignify the life and work of human beings around the world. On our own we cannot change the world, but time and time again throughout our history when people begin to open their eyes on an issue like this, change is never far behind.”