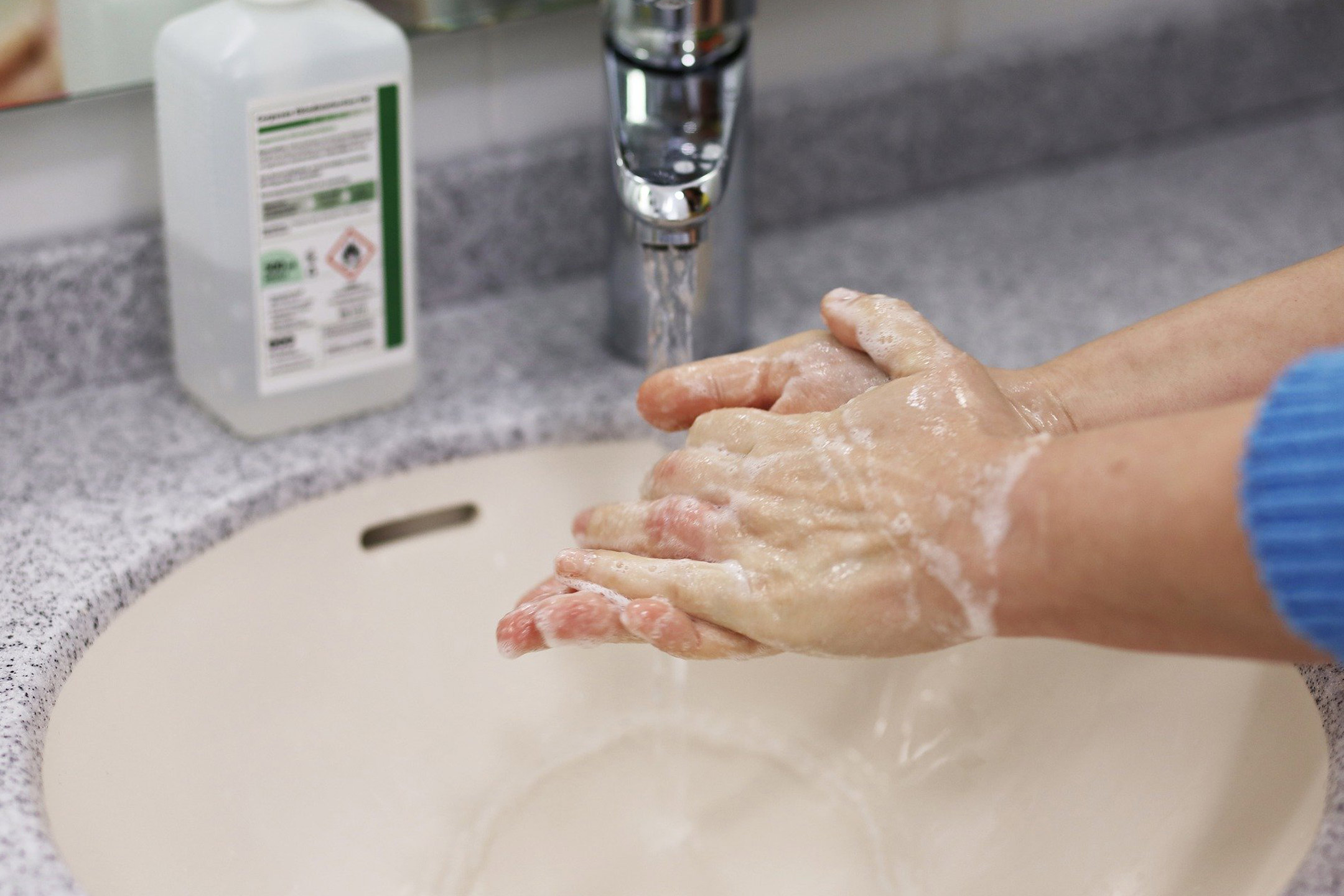 Posted at 19:05h in Editors Picks, Inform by admin

Can’t get any hand sanitiser and do not want to be in crowds searching for some then Shobana Dissanayeke, and James McEvoy provide some insight

To slow the spread of coronavirus we’re being told to wash our hands more, preferably with soap and water, or failing that, with hand sanitisers. The resulting rush to buy hand sanitisers has led to empty shelves in supermarkets and chemists. But it hasn’t taken long for recipes for hand sanitisers to appear online. But do they work?

Let’s take a look at a popular one:

Combine in a bowl,
2/3 cups rubbing alcohol (99.9% isopropyl alcohol)
1/3 cup aloe vera gel
Stir. Decant into a soap or pump bottle
Give it a good shake every now and then.

Aloe vera is a moisturiser that will stop your skin drying out. That’s useful, since cracks in the skin can increase the risk of bacterial infection. The main active ingredient in this sanitiser is the isopropyl alcohol (isopropanol). Most commercial hand sanitisers contain either ethanol, isopropanol, n-propanol or a combination of any two.

Mixtures of 60%-80% alcohol by volume kill microorganisms, so the 66% alcohol concentration in the recipe looks about right if pure rubbing alcohol (also known as “surgical spirits”) is used. A quick look at Amazon, though, shows that it is usually sold as a pre-prepared working dilution between 50% and 70%, to be used directly on surfaces. Mixing even the 70% solution with the aloe vera will make the final alcohol concentration too low to be useful.

Although it’s hard to get hold of, pure ethanol could be used in the recipe instead of isopropanol. Ethanol is the alcohol found in spirits, and another homemade sanitiser that has gained some attention uses vodka.

Most vodka contains about 40% alcohol – not nearly enough for an effective hand sanitiser. But Balkan 176, the strongest vodka available in the UK, comes in at a staggering 88% ethanol. This could be used to make another 66% alcohol hand sanitiser with three parts vodka to one part aloe vera. At around £45 for 700ml it would make an expensive product, but since it was sold out on all the sites that we looked at, maybe there’s a market for it.

A 2017 study showed that both ethanol and isopropanol preparations made to the official World Health Organization (WHO) formulations inactivate the Sars and Mers viruses, which are coronaviruses related to the one that causes COVID-19. These formulations contain final concentrations of either 80% ethanol or 75% isopropanol along with 1.45% glycerol and 0.125% hydrogen peroxide.

Everything in these formulations is mixed in distilled water or simply cold boiled water. The hydrogen peroxide is used to inactivate any contaminating bacteria in the mix, but is not an active ingredient in the sanitiser. The glycerol is a humectant, a substance to help retain moisture, and can be replaced with any other emollient or moisturiser to help with skincare – including aloe vera.

Compared with WHO formulation

How do these homemade recipes compare with the WHO formulations? Well, not too badly since both contain the alcoholic active ingredient and an emollient. The problem might be that the 66% alcohol concentration is towards the lower end of the effective range.

Studies have shown that higher alcohol concentrations work better, and we know that the WHO 75% isopropanol or 80% ethanol formulations can kill other coronaviruses. The homemade products may not be strong enough to inactivate the virus quite as effectively as the WHO formulation. On the other hand, some commercial hand sanitisers contain as little as 57% alcohol, so these homemade products would be better than that.

In our opinion, if you want to make a homemade hand sanitiser you should go with a modified version of the first recipe, upping the rubbing alcohol to the WHO-recommended concentration: three-quarters of a cup of isopropanol and a quarter of a cup of aloe vera gel. You could even substitute glycerol for the aloe vera gel. It’s cheaper, but it won’t smell as nice.