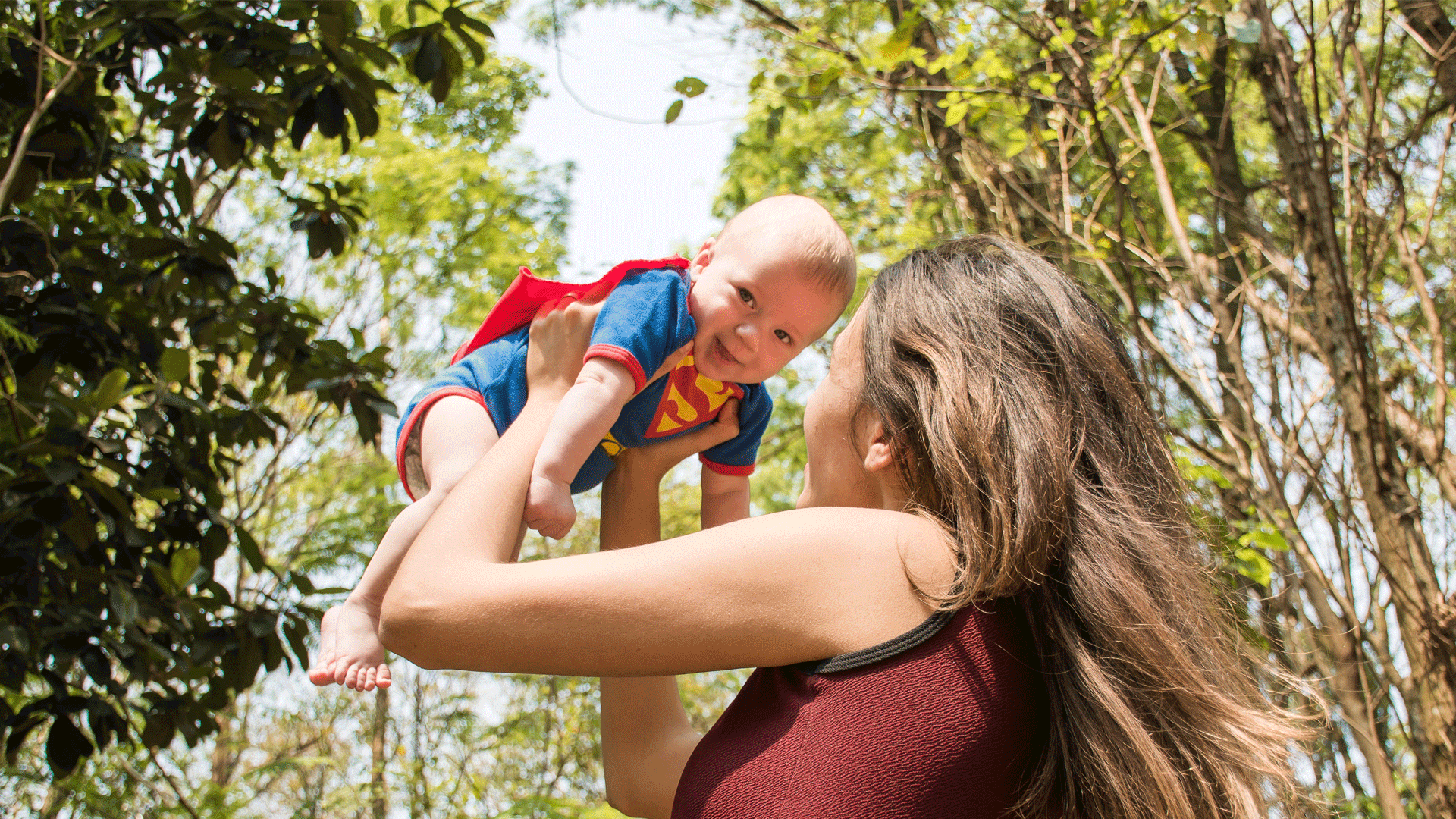 Posted at 01:00h in Inform by Guest Contributer

Babies may seem content to do nothing but feed, stare and sleep during the first year, but in fact they need a certain amount of stimulation and interaction to help them develop and grow.

As a parent it can be hard to know how to play with your baby in the right way for their age, so we’ve put together a list of ideas to help you make the most of each developmental stage in the first year.

“Young babies look, touch and listen to orient themselves, and make sense of the world,” says Daryl. “They are calmed by soft rhythmical singing and gentle patting.”

“After a few months they start to seek sensory stimuli to actively learn, especially touch,” says Daryl. “They are alerted to and interested in different sounds, and begin mouthing everything.”

At this age toys can go hand in hand with things found around the house as part of your baby’s play. Just make sure the items they play with are safe and can’t be swallowed. “Babies are highly creative in play,” says Daryl. “They can turn everyday household objects into items of fun, such as wooden spoons and metal pots, or a set of keys.”

Don’t assume your baby is too young to appreciate books. “Reading to babies from the early months encourages the development of concentration, and is also great for children’s language development,” says Daryl. “Babies love the entire experience of being read to.” If your baby likes to grab the pages, buy plastic or board books that can’t be torn.

“From around nine to 10 months babies become more interested in how things work,” says Daryl. “They like to drop things and watch them land, open and close doors and put things in containers and tip them out again and again! This is called functional play and it’s how babies learn about the physical properties of things.”

Whether it’s another baby, a parent or an older sibling, babies like to draw other people into their play. “At first babies play is mostly solitary, they’re pretty much oblivious to other kids or adults,” says Daryl. However as they get older they enjoy the social element of play – when older people engage them in games such as Patty Cake, Peek-a-boo and mimicking. “Babies often initiate games and actually demand adult participation,” says Daryl. “One of the most important elements of learning through play is for adults to get down on the floor to guide kids and reward their efforts.”

Babies can become overstimulated by play, so it’s important to balance it with rest and quiet time. “They often start to be silly, unable to remain on a task for long, giggling, losing control physically or sometimes become aggressive,” says Daryl. “Parents can usually tell when their child has had enough.”

When it comes to playing with others babies, up until about the age of two they’re more likely to play side by side, which is called parallel play.

However this is still valuable in their development, as they gradually start to interact with each other. “This is the start of learning social skills including sharing with others, empathy and conflict resolution without resorting to aggression,” says Daryl.