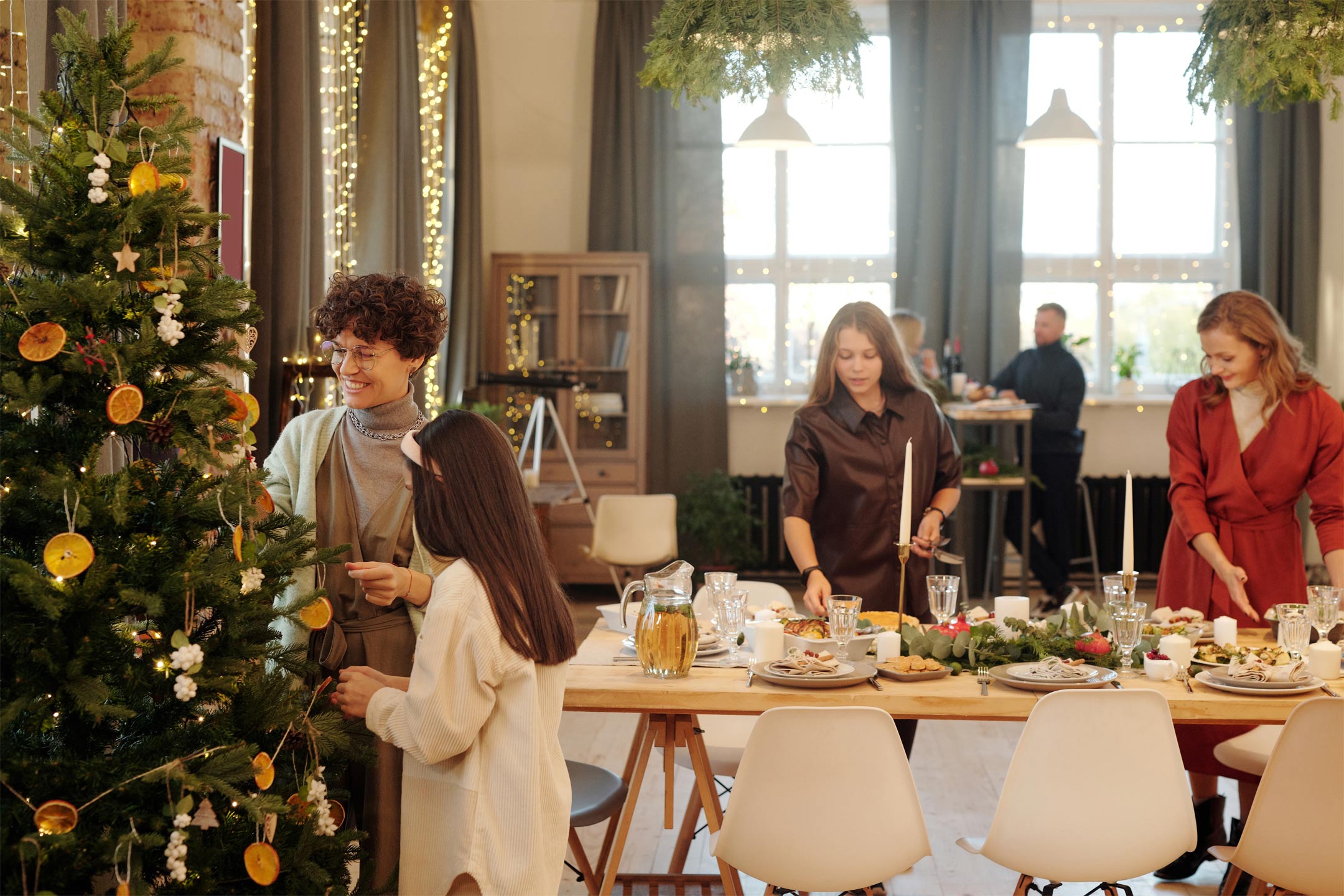 08 Dec how to avoid a coup at a Christmas gathering this year!

Posted at 17:48h in Celebrate, Editors Picks, Validate by admin

Politics and religion at the dinner table, over a Christmas meal with all the relatives – what could possibly go wrong? Writes Peter Ellerton.

If the thought doesn’t appeal to you, it’s worth considering how this potentially fraught situation could be understood with a view to resolving tensions and perhaps coming to a mutual understanding.

And it’s also worth considering when it might be best to smile and nod and leave well enough alone. Either way, there’s usually scope for some sort of progress if we are willing to ride a few swells of social unrest in order to arrive at calmer waters.

Let’s take the example of cousin Glenda, who is contemptuous of those with political views unlike her own conservative ones, and of uncle Angus, who embraces far-left social policies.

Whenever someone says something politically liberal, Glenda quite viciously attacks the sentiment. The usual taunts include criticism of socialism, lamentation of the number of bludgers out there, and how unions are enemies of civilisation. Angus inevitably follows with accusations that Glenda is self-centred and uncaring, with a tendency towards fascism.

It happens every year without fail, causing everyone to absorb themselves in the meal and try desperately to change the topic of conversation. So what’s to be done?

Find out what people think, not just what they say

In general, people give their views without much in the way of explanation for how they arrived at them.

Often this pathway is not easy to articulate to oneself, let alone to others. Knowing this provides us with a strategy to ease tensions and a way to understand why some people are so upset when their views are challenged.

What we need to do is to understand each other’s positions in as much detail as possible, and to interpret each other’s arguments with as much honesty and charity as we can.

So, we might ask cousin Glenda to explain to us what she means when she speaks against socialism, and why she thinks the central philosophy of socialism is not desirable. Done with a genuine desire to understand her position, this can be non-threatening – after all, we are asking for her advice.

If she treats this well, we might further inquire as to how she sees unions as undesirable. We could show our own ignorance by suggesting unions may have done some good things in the past, so how does she see that they have become less useful?

Angus might then be willing to explain how his understanding of fascism relates to the situation. This kind of gentle probing also ensures that Glenda and Angus are aware themselves of the implications of their ideas and of the basis on which each is formed.

What such a strategy does is to help us connect to what others are thinking, not just saying. If we can understand how others hold a particular position, we have a better chance of understanding them as a person – but also, if we like, to change their minds. It can even get those willing to explain themselves to examine their own ideas more closely.

This can be a good thing, but it can also be problematic. When people express a view with conviction and then struggle to justify that view, it can result in frustration and anger. It’s not fun to publicly fail to justify why even you should believe what you say.

Still, getting people to explain their thinking is a way to connect with them and, at the least, have a respectful conversation. This is better than the alternative.

A clash of ideologies cannot result in a synthesis of ideas without a desire to engage and understand. In the absence of genuine inquiry, we resort to making crude caricatures of each other that we imagine representing those silly enough not to think like us. This is lazy thinking, but we are all guilty of it.

It’s a fascinating phenomenon that we all think we are the exemplar of the rational person, and therefore anyone who doesn’t think like us must be irrational or less informed.

But what it really comes down to is the narrative that binds how we see the world and our role in it. If someone’s views threaten the integrity of that narrative, we are motivated to reject them.

Angus and Glenda probably have very strong narratives, and they are not necessarily open to change. But rather than reject Angus and Glenda, or be rejected by them, we can express a genuine desire to inquire into their beliefs and their thinking. Drilling down to the core of their value system, we might find we are not so different after all.

Asking people for their thoughts is inherently a generous act, as we are giving our time to hear them. Maybe that’s a good way to understand the meaning of Christmas.

Peter Ellerton, Lecturer in Critical Thinking, The University of Queensland