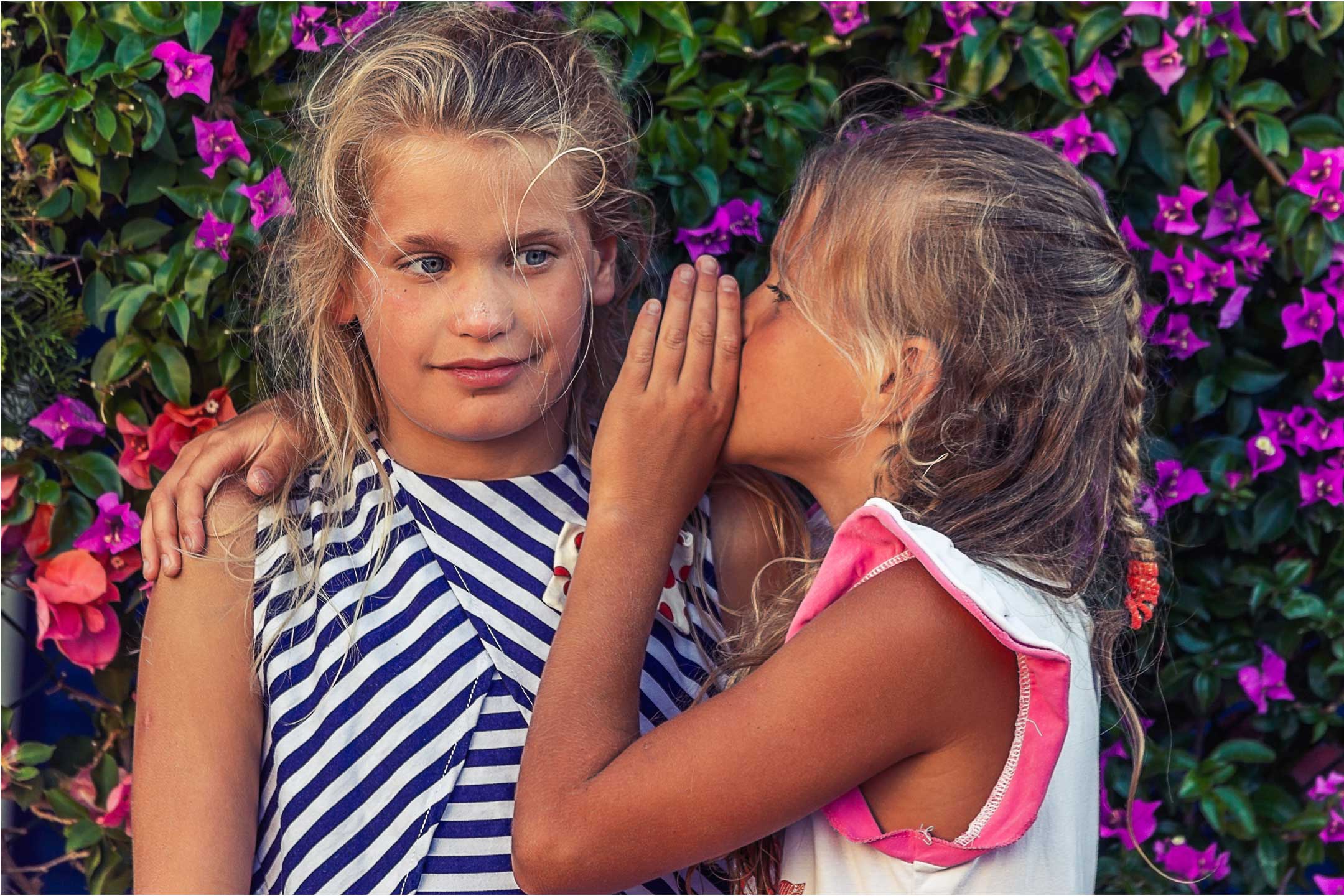 23 Jun How to guide your kids through bad Influences

Posted at 15:09h in Editors Picks, Inform by Editor

Children cannot be what they cannot see – or so the saying goes, writes Dilvin Yasa. What happens when they’re seeing (and hearing) things you’d rather they didn’t?

My Invasion of the Body Snatchers moment happened when my five year old decided to regale me with a dance she’d learnt at school. Instead of the twee ballet piece I was expecting, my daughter (still in pigtails, no less) proceeded to bump and grind something that wouldn’t look out of place in a 50 Cent video. Two minutes after the song ended, I was still staring at her slack-jawed, my mind swirling with questions: ‘Who is this child in front of me?’, ‘Who on earth has she been hanging around?’ and more importantly, ‘How can I unsee this and make it all go away?’

Call it a kneejerk reaction, but a large part of me wanted to immediately pull her out of school and ban her from seeing any of her friends. Fortunately, science won out: according to research, dealing with negative influences early on can actually have an upside. Kids who regularly watch the news, for example, tend to take more of an interest in politics, social justice and assisting communities.

All those unwanted media intrusions and playground influences also have their place, according to child psychologist Dr. Fiona Martin. “Similar in the way that being exposed to bacteria can help bolster the immune system, having your children exposed to bad behaviour or influences can actually strengthen their character and help them learn to make smarter choices,” she says, adding that for many, difficult situations often lend themselves to educating your child and opening their minds up to new ways of thinking. “The message isn’t how to protect them from bad influences, but how to guide them through.”

Here are a few suggestions Fiona has for some common modern-day problems.

Your extended family use profanities liberally in front of your six year old, which your child has now picked up.

The first time your child drops the ‘f-bomb’ (or similar), try to keep your cool and ignore it. Often, young children who swear have no idea what they’re saying, but are much more likely to keep doing it if they get a show-stopping reaction from you. If this tactic doesn’t work, calmly set out your expectations of them, says Fiona. “Explain why that word isn’t acceptable and the consequences of continuing to use it. Be clear it’s not your child you have a problem with, but their behaviour.” Being a good role model is also essential – how can you expect your child to remain sweet-lipped if you’re constantly swearing behind the steering wheel?

Your household is agnostic at best, yet your child is suddenly coming home filled with stories about heaven and hell from scripture-attending friends.

This is a tough one, and the answer largely rests on your background (cultural and religious) and how liberal you are, says Fiona. While you might find it frustrating, think of it as a great way to teach your child about tolerance for the way others choose to live their lives. “This is a good time to sit with your child and explain that everyone’s different and people choose to believe different things,” says Fiona. “Make it clear that even if they don’t agree with what their friends are saying, they need to respect their right to believe in it.” Make sure you are prepared for the hard questions such as, “Why do we believe what we believe?” and “How do we know which one is true?”

Your parents let your kids get away with murder and it takes all of five minutes at Grandma’s for your normally well-behaved children to become bratty. Your parents can’t understand the problem, but you resent having all your hard work unravel each time they babysit.

There’s nothing quite like having children of your own to throw you back into your teen years – a time where every interaction with your parents ended with door-slamming of the “you-ruined-my-life!” variety. When your parents appear to go out of their way to spoil your children, it’s a good idea to examine your feelings before you act. Ask yourself whether their behaviour really affects the health and safety of your children, or is this really just a power struggle stemming from unresolved issues? “In cases where there are huge issues at play, mums and dads should spell out their expectations and their ‘non-negotiables’ as soon as possible,” says Fiona. “Communication is key, but at the heart of it, you need to remember that if your parents are doing a fair amount of unpaid caregiving, they’re doing you a favour and your boundaries need to be both reasonable and flexible.”

Shielding children from both direct and indirect media can be a full-time job – the music videos, radio stations, movies and screen time at play dates, all work together to indoctrinate our kids into a more adult way of thinking. Although you’d love to move to rural Tasmania and live out your days tech-free, it’s important you get amongst it. “It’s impossible to protect kids from media and pop culture, but remember the most influential person in your child’s life will always be you,” says Fiona. Get to know what your child is watching and listening to so you get an idea of what they’re interested in. This is a great opportunity to talk about the messages together.

Remember that along with the bad, there will always be good influences and rather than the behaviour itself, it’s often your reaction to it – what you say and do – that forms the bedrock of their future behaviour.