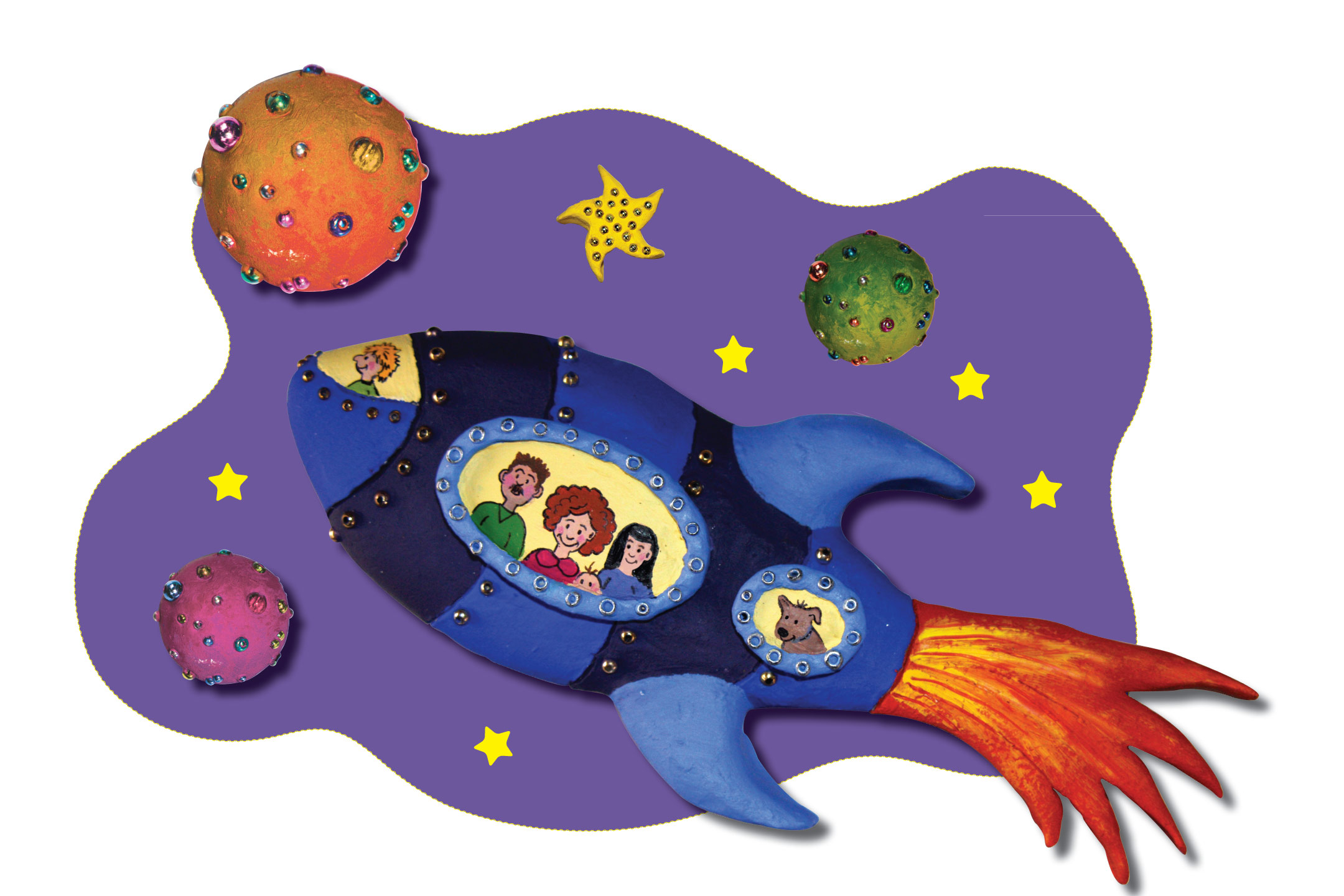 Posted at 09:48h in creatives, Editors Picks, Inspire by admin

Since Linda Wyrill’s son doesn’t conform to standard developmental milestones, she seeks out others willing to help him bravely go where no child seems to have gone before.

Yes, my son is wonderfully creative. But to think outside the square, he would first have to be functioning within ‘the square’.

Why isn’t my four-year-old son in any of the books? And even when I call parent helplines for advice, I’m faced with a set of developmental milestones bearing no resemblance to those of my son.

“Mummy, why don’t numbers end?” he asked, one recent sunny afternoon. There began an in-depth discussion about infinity, with many curious and amazingly conceptual questions on my son’s part. ‘Clever kid,’ I thought, impressed.

In the next moment, despite looking exactly where he was going, he rode his bike straight into a verandah post.

Of course, every child is unique.

By the age of three, his ‘uniqueness’ was well and truly challenging everyone he met. His Montessori teacher called him “a man of opposites”. “If there is an obvious or easy way of doing things,” she informed me, “your little boy will always do the opposite.” She reflected that she had never met such a character. She’d never met a child quite like him. “Yes,” I sighed. “He’s impossible. I know what you mean.”

Which other child soldiers stoically on, with barely a quivering lip, when his most treasured toy is broken, yet wakes screaming at 3am, deeply sad and distressed because there was a tiny dry leaf on the day’s walk, and he “wanted to pick it up but forgot,” and “now it’s too late” and he can “never have that little leaf again”? Which other child stays awake crying over this leaf, and myriad other baffling concerns, sometimes for hours, in the middle of the night?

Of course, every child is unique. Our daughter, aged two, is also unlike any other child on the planet. But her uniqueness is played out within the bounds of ‘normal’ patterns of development. I can predict how she will react to most things, in most situations. Unlike my son, I’ve read about her in books. I’m well prepared for her. But four years into the game, I still don’t feel quite prepared for my son.

His aspirations are often impossible to achieve.

Don’t get me wrong. He’s a happy, well-adjusted little soul, who sings while he plays, is affectionate, and wakes inspired each morning, excited about the day. But his aspirations are often impossible to achieve. And his distress at not being able to achieve the impossible is equally impossible to defuse.

“He’s creative. He thinks outside the square,” my friends say. “It’s a good thing.”

Yes, my son is wonderfully creative. But to think outside the square, he would first have to be functioning within ‘the square’. My child functions within a nameless shape – probably one he’s created. And not knowing the exact angles or parameters of this shape can make life extremely frustrating. Even putting cereal into his bowl for breakfast is usually a drama of scientific proportions. I’m often left wondering, ‘Does he have to be so creative all the time? Does he have to think so laterally? And if he is to be a creative, lateral thinker, must he also be obsessive?’

Luckily, he attends a wonderful Montessori centre. His teachers long ago accepted that while most kids are from Earth, mine is from another planet – and they cater to his needs.

They didn’t bat an eyelid when he refused to engage in all the movement activities pertinent to early development of fine motor skills and instead went straight to learning how to write – then, after he had spent two terms learning the fiddly business of forming letters and words with a pencil, went back to the movement games and activities that are supposed to precede such writing attempts. His teachers simply helped him on his journey as he invented the cart and then went back to make the wheel.

I am filled with fear.

If my son could stay at this centre forever, that would be a happy end to the story. But as the time for him to start school rapidly approaches, I am filled with fear. What if school is the death of my son’s inspired spirit, and self-esteem? What if his needs aren’t catered for? What if he is viewed as being difficult instead of unique? I often forget his uniqueness and find him just plain difficult – and I’m his mother!

The words ‘gifted’ and ‘slow’ and the terms ‘strange little character’ and ‘overly sensitive’ have all been used in relation to my son. For now, we’re staying away from psychiatrists, psychologists and tests, as much as they might eventually help us to better understand our child. Instead, we’re surrounding him with the family, friends and teachers who happily visit his offbeat little planet with him, and lovingly help to guide him through.

And so we’ve been searching for a school where the teachers will willingly travel to my son’s planet and beyond. Happily, we think we’ve found one. Still, I am plagued with uncertainty about this huge change in my son’s life.

I am comforted by the words a fantastic educator once said to me. We’d moved home and city twice in six months, and I was worried about this upset to my little boy’s routine, and how it would affect his confidence. Seeking advice, I was reminded, “You are your son’s stability. You are his routine. You have to trust that he will be okay.” I take comfort in knowing that these words were true. My son was okay. In fact, he was happier than ever. “Bye Mummy!” he called cheerily on his first day of Montessori, having just turned two, and having moved house for the second time just weeks earlier.

I know that while I will probably continue to get many things wrong as a parent, I will also continue to search the galaxies for the right words, the right actions and the right stars to guide my child. And if the right paths don’t readily appear, my son will carry on bravely, knowing that his parents are always there for him.