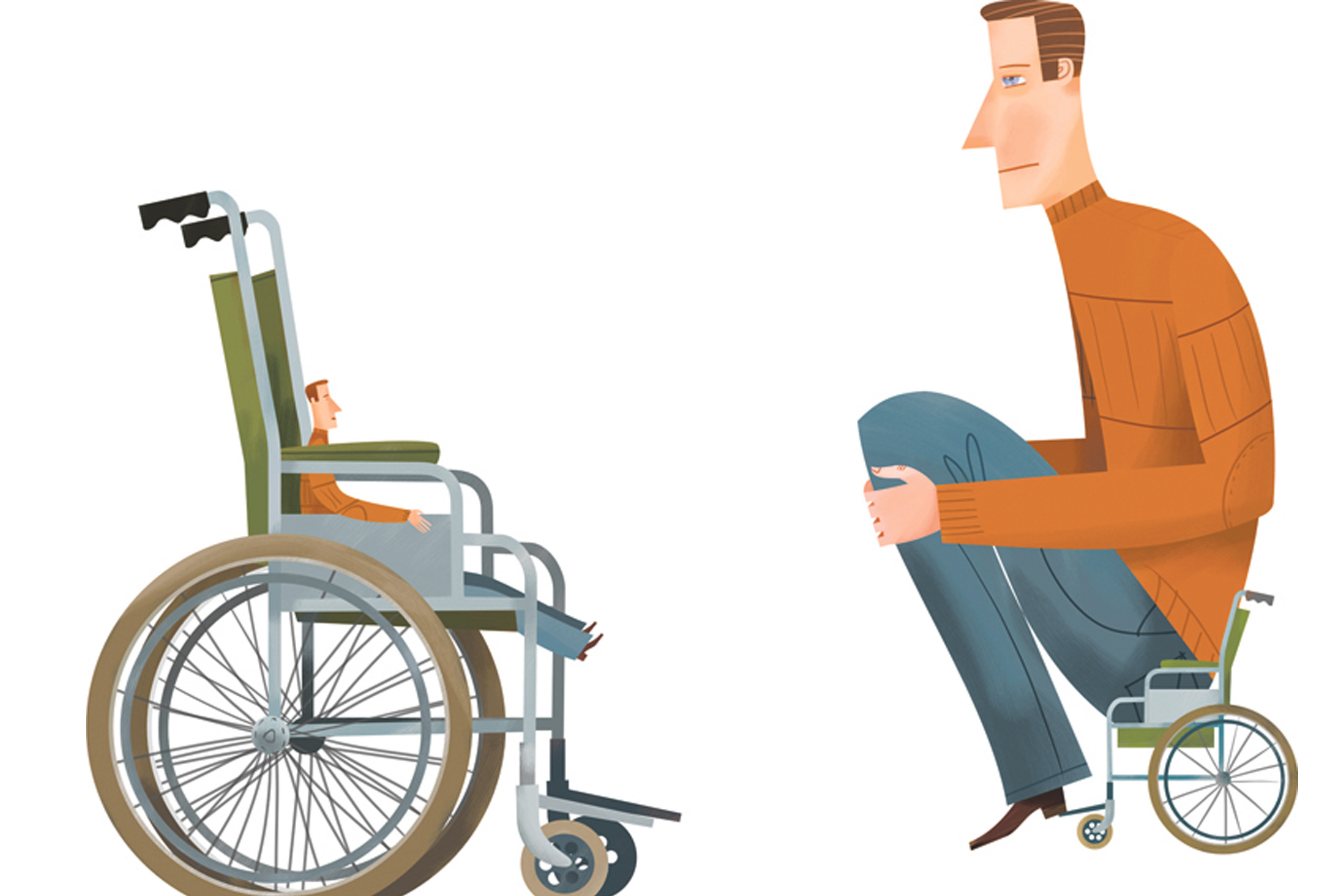 Posted at 10:20h in Editors Picks, Validate by Editor

Ruth Wajnryb reflects on the usage of euphemisms.

When my son was little, I took him to the Boston Children’s Museum. The impact of one experiential display stayed with me long after the event. It was a group picture and the task was to count the people in it. Afterwards, you moved to the next booth, which was explanatory. There you found out if you were one of the vast majority of visitors who counted 14 people. There were actually 15 in the photo, but most people didn’t see the man in the wheelchair.

That the man in the wheelchair is in the photo but wasn’t counted is a kind of effacement.

The Macquarie Dictionary gives three meanings for ‘efface’: “1. to wipe out; destroy; do away with… 2. to rub out, erase, or obliterate… 3. to make inconspicuous or not noticeable…”

Over the years, I’ve thought a lot about this effacement that marginalises to the point of removal. Like much else within the repertoire of human cruelty, effacement is the endpoint of an insidious process that actually begins in language.

The linguistic device that is most controversially at the heart of language issues relating to disability is euphemism, derived from Greek, meaning ‘speak with fair words’. It’s how we soften the potentially negative impact of our words on others.

The problem is that euphemisms are less powerful than the stigma attached to the words that they seek to offset. It’s hard to believe that ‘senile’ was once a respectful term for ‘aged’. ‘In the family way’ once allowed pregnancy to be referred to in public. ‘Handicapped’ replaced ‘spastic’ and ‘crippled’; and ‘disabled’ replaced ‘handicapped’.

Any social group attracting a stigmatised reputation, for a range of reasons, tends to have euphemisms affixed to them.

Migrants, the working class, women, indigenous peoples, minority religious groups, recovered alcoholics, ex-convicts… any group that others might have feelings of discomfort in naming will generate alternative labels. The stigma rarely goes away. It lives on to ‘infect’ the new word. So the life of a euphemism is fragile; its days are numbered.

Few people today would use the word ‘senile’ instead of ‘aged’; few would even think to use the term ‘New Australians’. The word ‘multicultural’ is currently in the process of being infected and is being replaced by (the very vague) ‘community’.

To complicate matters further, people are often at different stages in their awareness of the currency of a particular euphemism. Some people still use ‘handicapped’, unaware it was replaced by ‘disabled’, which is now giving way to the more accurate description, ‘person with a disability’.

Sometimes, too, offence is caused precisely because of the extreme lengths that people go to in order to avoid offence. Hence we get ‘differently abled’ and ‘visually challenged’, both of which are so over-the-top that, ironically, they attract attention.

A friend of mine was once asked in a job interview if she was “of Hebraic descent”. She was offended that the asker felt the need to avoid using the term ‘Jewish’ – for her, the name of her religion and not a stigma.

For example, notice one woman’s reaction to ‘special’:

“My son was first sent by the paediatrician to a speech therapist for assessment at around three years of age. ‘What happens next?’ I asked the paediatrician. She advised me that my son would benefit from attending some special education playgroups. Her words ‘special education’ put me in a state of shock. My heart was pounding; time seemed to slow down; it was as though I was entering a tunnel from which I might never emerge. I come from a family of writers and poets and academics. We don’t do special education; we do gifted and talented…”

Until recently, ‘developmental delay’ was commonly used as a generic term. Its softness lies in its vagueness. One mother complained it was misleading because “it gives parents hope that their child will catch up”. They look up ‘delay’ in the dictionary and the hope is fuelled. Another mother said that she only understood what developmental delay really meant when her son was 16 and she indirectly found out he’d been described as having “cerebral palsy and intellectual disability”. She questioned why all the assessment teams they had seen missed or avoided giving this critical information to her.

The professionals’ perspective is different of course. ‘Developmental delay’ might be convenient when there’s no clear diagnosis of a recognised disorder. Professionals like the term because it does not specify ‘disability’, which is itself often a confronting word. Also, it is less risky than using a more definitive term. Others use it only in relation to children up to the age of about five, beyond which they tend not to speak of delay, but use other terms – most commonly ‘intellectual disability’. You can see the argument for a set of labels that reflects a kind of truth in sentencing.

While euphemisms evolved to serve a valid social purpose, these days they can smack of insincerity, manipulation, political correctness and discomfort. The man in the wheelchair is a person with a disability. This term puts the humanity first and the disability second – as it needs to, if he’s going to count.