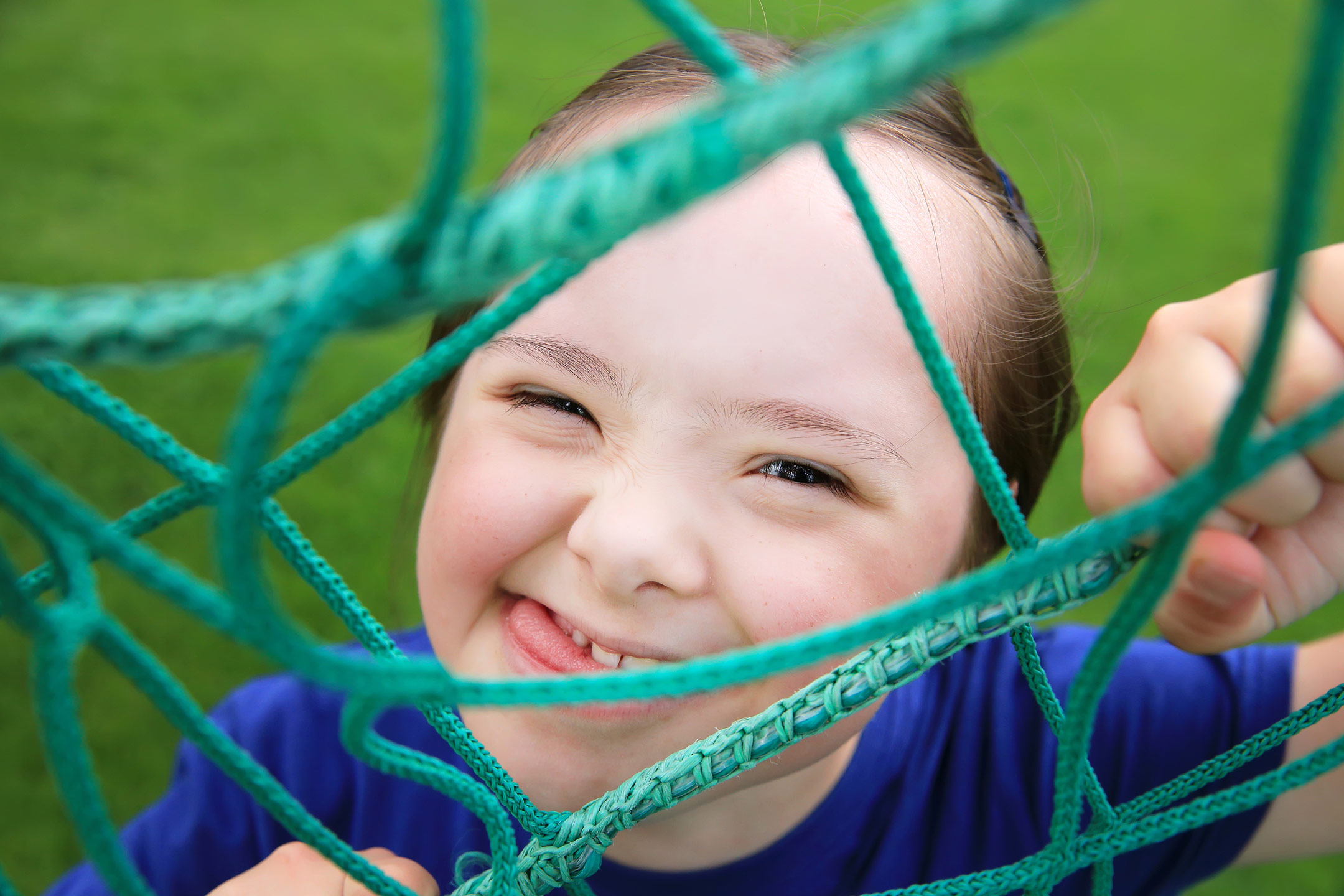 03 Mar In Their Shoes: life with Down syndrome

Posted at 12:28h in Celebrate, Editors Picks, Inspire by admin

This article is not an argument for or against prenatal screening or testing for Down syndrome. Every week in my work as a clinical geneticist, I witness the trauma couples experience when making decisions about wanted pregnancies in which there is a problem with the baby. Each couple weighs up information according to beliefs, education, personal strengths and difficulties, income, number of children, experience of disability and religion. I have learned to trust that people usually know what path will be best for them, knowing that no path is easy. This article has no agenda to change people’s minds about that; it is purely an attempt to walk a mile in the shoes of some parents who have a child with Down syndrome. Sue White

When Adam* takes his three-year-old daughter Molly* to the park, he knows they will get second looks. Molly has Down syndrome. She has developmental delay and was born with a blockage in her oesophagus. But the issue that challenges Adam most is people’s reactions to her. “They feel sorry for me, or they look like it might be contagious,” he says. “I just want them to take her on face value.”

Tim and Jay get a range of responses from people who meet their son Tuscan, who has Down syndrome. “Some people have been wonderful, but for others, it is an anxiety-provoking situation. They want to say the right thing, but occasionally come out with pretty terrible things, like ‘Do you ever regret not having an abortion?’” Tim and Jay have worked on having a sense of humour about these kinds of comments. “We can do a lot to put people at ease by trying to see the funny side of things.”

But it can sometimes be hard to see the funny side. “People with Down syndrome wear their disability on their face,” said Catherine McAlpine, inaugural CEO of Down Syndrome Victoria, “so people meeting them adjust their expectations, which can be good when they see a mum with a young child and feel extra sympathetic but can be bad when you’re a young adult with Down syndrome walking into a job interview.” If people don’t know what abilities are possible for a person with Down syndrome, they might close their mind to the possibility this person could be a friend, work colleague or contributor to society. 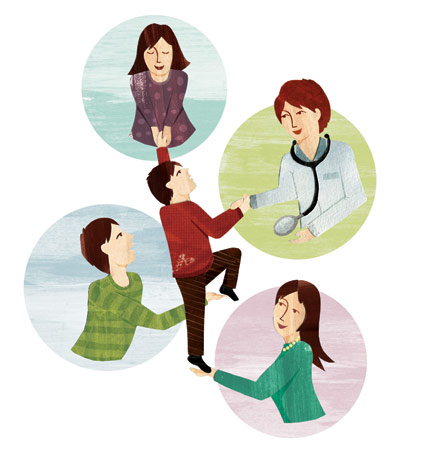 Improvements in life expectancy are partly due to better treatment of heart defects and the many different infections people with Down syndrome are prone to, but reduced institutionalisation and greater integration into society are likely to have played a role. Similarly, the acquisition of skills is influenced enormously by the environment in which a child is raised, and people’s expectations of what they might achieve.

McAlpine likened the parenting of a child with Down syndrome to regular parenting. “You do work harder. The issues most families find toughest are the day-to-day things: kids with Down syndrome get more colds; you visit the doctor more; you have to fit speech therapy and physio and all that into your week,” she said.

Sharon agreed. Raising her daughter Cailan, who has Down syndrome, hasn’t caused her much more difficulty than raising her son, who doesn’t have Down syndrome. “The difficulties and issues with each of my children are different, but we have had similar amounts of joy and strife with each of them.” 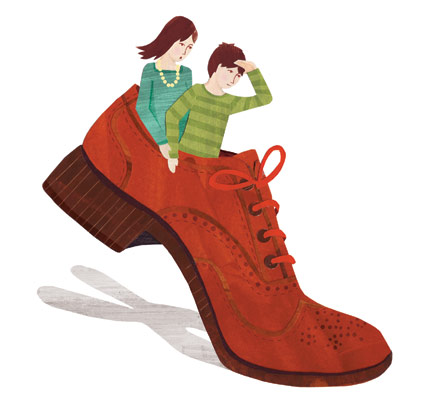 It can be tricky to generalise. Each family’s experience is different, in the same way each experience of parenthood is different. Family life, relationships with parents, and socioeconomic status all play a role in how a child with Down syndrome progresses, and so does their individual pattern of medical problems.

When Jay was told 15 weeks into her pregnancy that her baby had Down syndrome, she recalls also being told about all the associated problems and remembers feeling daunted by the unknown. When Tuscan was born, “I didn’t know I would feel so strongly how much he is a part of us,” she says. “We feel such a natural connection to him.” Jay’s partner, Tim, was surprised how much Tuscan resembled them. “He looks much more like us than he looks like other kids with Down syndrome.” Tuscan’s developmental issues are mild. At three-and-a-half, he learnt to ride a bike and started to toilet-train. Tim and Jay have found he responded best when they let him learn at his own pace.

Why does the degree of developmental disability in Down syndrome vary? The short answer is that we don’t know. With rare exceptions, all people with Down syndrome have the same genetic abnormality: an extra copy of chromosome number 21. But that doesn’t explain the wide-ranging degrees of learning disability. In fact, this variability is seen in most genetic conditions. Effects on one person will differ from another. The rest of a person’s genetic make-up has an influence: other genes could either protect or worsen the condition. Environmental factors during pregnancy and after birth are also important. But even when twins have a condition such as Down syndrome, they will be affected differently. This is a dilemma for parents deciding whether or not to continue a pregnancy when the baby has Down syndrome. Doctors and counsellors can provide information on the range of outcomes for children with the condition but cannot predict how a particular child will be affected.

Social challenges are a frequent topic among families raising children with Down syndrome. “It’s never been easy to make friends or interact socially, because people don’t know what to do or how to respond,” says Sharon of her daughter Cailan. “It’s hard for people to see someone with Down syndrome as ‘just another person’.”

Many adults with Down syndrome live with family or in State-supported residential care. As well as a lack of access to education, substantial barriers to more independent adult living include the poor employment opportunities available to them. People with Down syndrome work beautifully in jobs which are systematic, even if the tasks they are involved with are complex.

Down syndrome causes its fair share of problems, but at the heart of many of these family stories, the biggest problem is not the syndrome so much as our attitude to difference.

World Down Syndrome Day 2021 is March 21st. Local associations are selling socks to fundraise this year

For more information and support, contact Down Syndrome groups in your State: