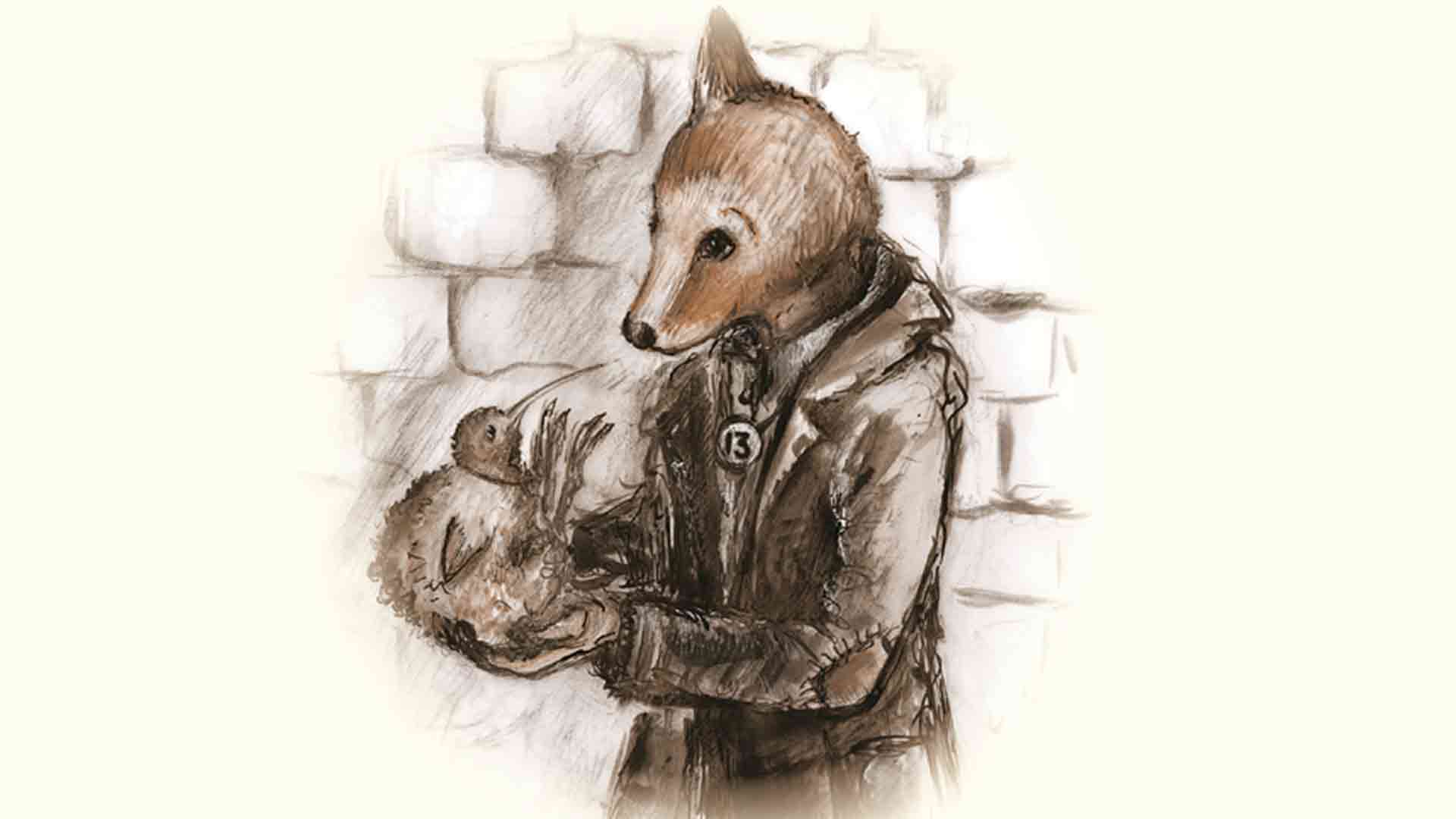 15 Dec We Chat With the Wonderling Author

Learn more about the mind behind the magic of The Wonderling in our chat with author Mira Bartok.

My chat with Mira Bartok, author of The Wonderling, didn’t get off to the best start. Although I had checked the time difference earlier that week and set multiple alarms to ensure I wouldn’t be late, I didn’t factor in daylight savings, which had kicked in the weekend before (she didn’t mind!) When Mira answered the phone, she was just coming back from walking her dog, a black Sheltie/Labrador who I would soon learn served as major inspiration for a lot of her illustrations and stories, including The Wonderling.

The Wonderling is a steampunk fantasy adventure book set in a world where groundlings (part human, part animal hybrids) exist and toil in an institution run by the evil Miss Carbunkle. Amidst these creatures is our hero, Number 13, who is a timid, sweet, one-eared fox groundling. An unexpected surge of courage one day results in two things for Number 13: a real name (Arthur, like the good king in old stories) and a best friend, a bird groundling named Trinket. Together, these young groundlings escape the institution and embark on an adventure where Arthur discovers the world and who he is.

If you think that sounds magical, you wouldn’t be the only one. FOX bought the rights to turn this book into a movie before Bartok had even finished it, and it’s currently in production with Stephen Daldry at the helm. That’s why we were excited to be able to explore the mind behind all this magic and let me tell you, we weren’t disappointed. 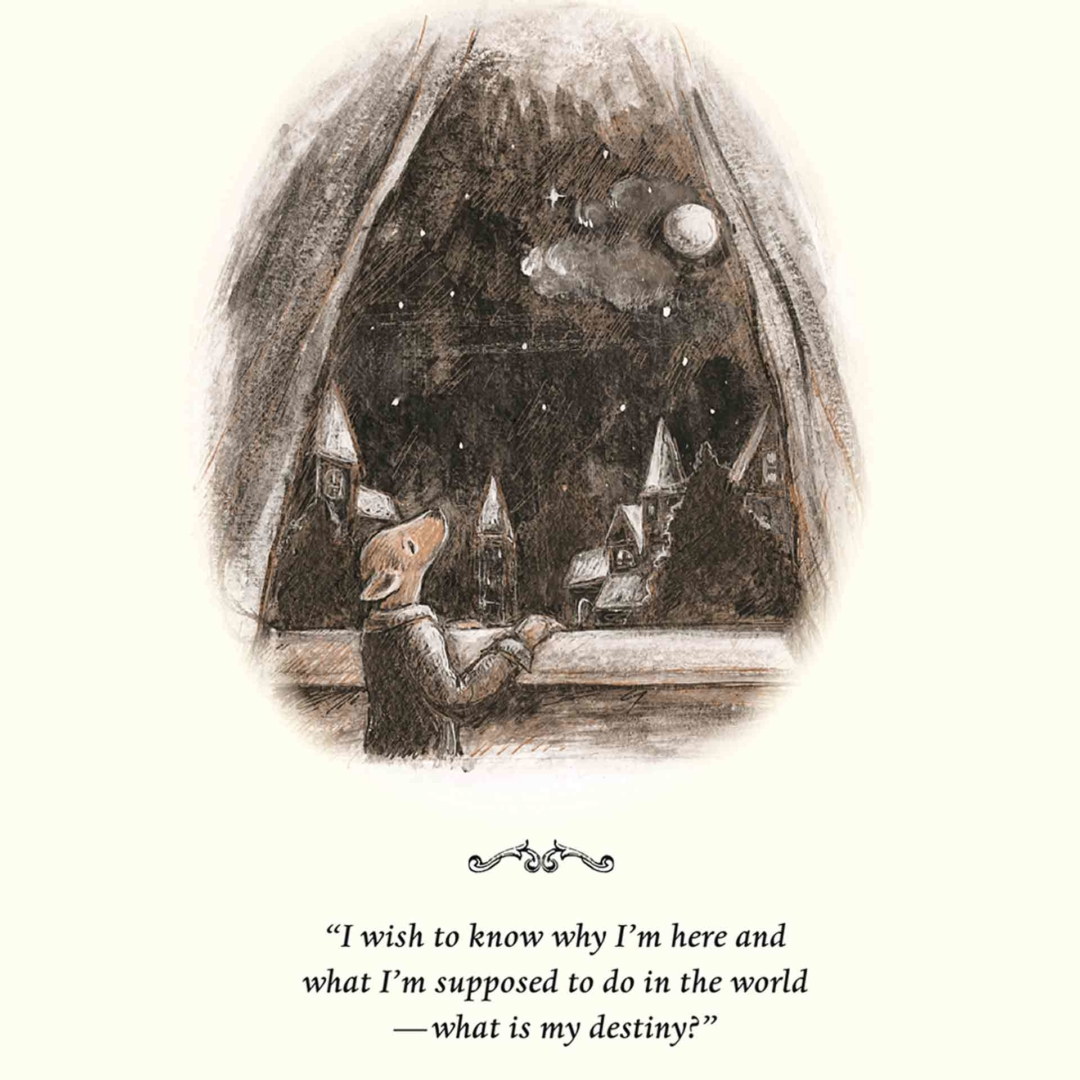 What was your inspiration for the book?

I think it was a confluence of ideas. A lot of my ideas start from sketches and [one day] it was of this one-eared rabbit. I just had this idea about this character who only had one ear – we don’t know why – and he didn’t know where he came from, and this epic journey that he was going to go on and find himself. So it was this random sketch of this character I did that ended up morphing into a kind of fox/dog-like creature who looks a lot like my own dog, except my dog is black.

At the same time, I was re-reading a lot of Dickens book and I was thinking a lot about that time period. All of that stuff came filtering in. I was also working on a book for adults about the history of wonder but I realised I was more interested in writing about a character who inspires wonder in others … I wanted to write fiction rather than write a book about it.

Would you call yourself a writer or an illustrator first?

I would say neither – I would say I’m an artist because illustration is new to me. I had a whole career as a visual artist before I even started taking my writing seriously. I feel like I’m an artist and it just so happens that most of the thing I’m known for is books. So to answer your question, I’m neither and both.

Why did you choose to have anthropomorphic characters?

I love animals. I used to work in a zoo and I prefer drawing animals to people. If you look at my sketchbook, they’re filled with little doodles of made-up creatures. I’m always drawing from real life and my dog. It just felt really comfortable and natural, I didn’t really think about it.

Is there a special meaning behind each animal? We usually associate foxes with being sly whereas Arthur is shy and not what we usually think of when we think of foxes.

I think foxes get a bad reputation. I did a book series on Indigenous cultures in the ‘90s and I worked with a lot of Native American elders in the United States. I consulted with them and one of the interesting things I found out was that in some cultures, foxes aren’t necessarily wily. In some cultures, they can represent shamanic powers where they can hear what’s going on in other worlds and other levels of the earth as if they were … it’s hard to explain but they actually are very spiritual beings.

Like the middlemen between the supernatural and real world?

Yes! They’re something very transcendent. When I lived in Northern Norway, I learnt a lot about foxes from the Sami point of view. Yes [foxes] can be very sneaky but they’re survivors. They’re extremely clever and very talented in many things. That’s sort of how I see my little guy. But to answer your question, I just love to draw canine faces. It’s more…nobody’s ever asked me that!

Now that I think about it, there may have been an unconscious reason. We associate rats with really negative connotations and in my book, there are two rat groundlings: one is very good but an opportunist and the other one is a bully and he’s kind of a sociopath and a bad dude. I like that there are two viewpoints and two sides.

If you were a groundling, which animal qualities would you have and why?

Oh that’s an interesting question. Gosh I might have to ask my husband! Doug if I were a groundling/animal hybrid, which one would I be?

Part penguin probably. What else? I’ll be a marsupial. Oh – here’s one for you: part penguin, part echidna. I guess I’ll have to live in Australia. 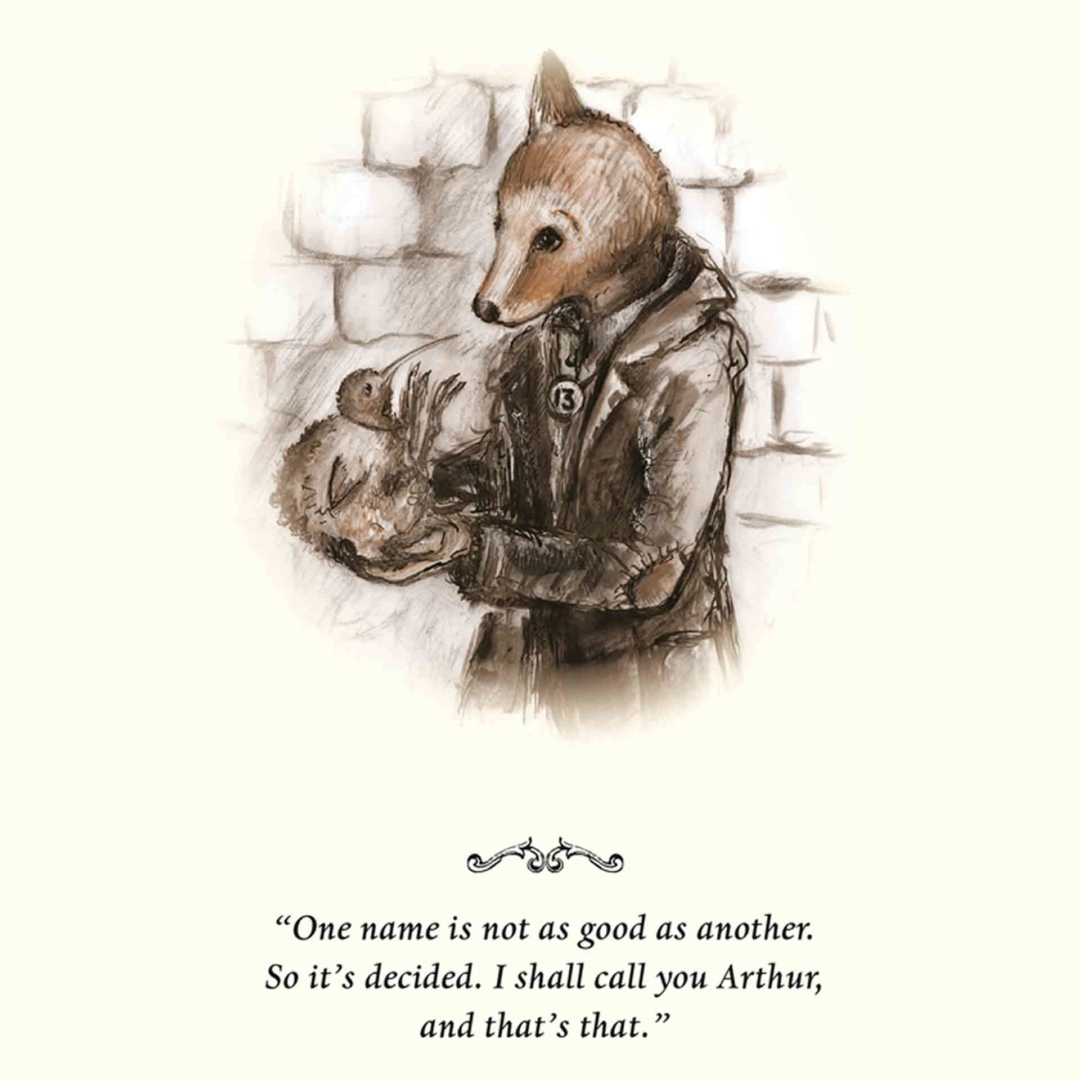 You touch very heavily on bullying at the beginning of the book. What was the reason behind this?

I think it was just a natural thing. It was completely logical that my character would be bullied because he doesn’t feel like he belongs anywhere. It feels like a natural thing to happen at this horrible place that he’s living in. But also, our political climate … when I was writing the book, we were leading up to the election and there were … I think that even though I wasn’t directly writing about that, the nastiness of the political environment and the increase in bullying that has occurred during that time and since … [plus] an increase [in] press about the refugee crisis. It just made a lot of sense.

I was bullied a little bit when I was a kid. I was just very different and very shy. I came from a very different kind of home than other kids in the neighbourhood. I played different instruments so I would walk to school with my little violin and kids would make fun of me.

How I got around it though and stopped the bullies was I learned that kids loved comics and I loved comics and I could draw. I’d sort of observe what [comics the bullies liked] and I would draw pictures for them. Sometimes I would put them in a comic strip and they would become my bodyguards. So I figured out a way to stop them and it was through comics.

In a way, you kind of found a way to relate to them.

For any child who is reading The Wonderling and who can relate to Arthur, what do you want them to know?

Without spoiling too much or giving away too many of your secrets, what can we expect in the upcoming book?

The second book is called The Singing Tree probably. I can tell you that a previous character, the man with white gloves, becomes a very important character in book two. There’s also another world that’s introduced and it’s kind of a mythical story of a lost paradise that is both wondrous and scary. Everybody in book one is in book two. There are some big surprises.

You will find out about the origins of the groundlings themselves. And you’ll find out why cats are so important!

You can buy The Wonderling, published by Walker Books, now.