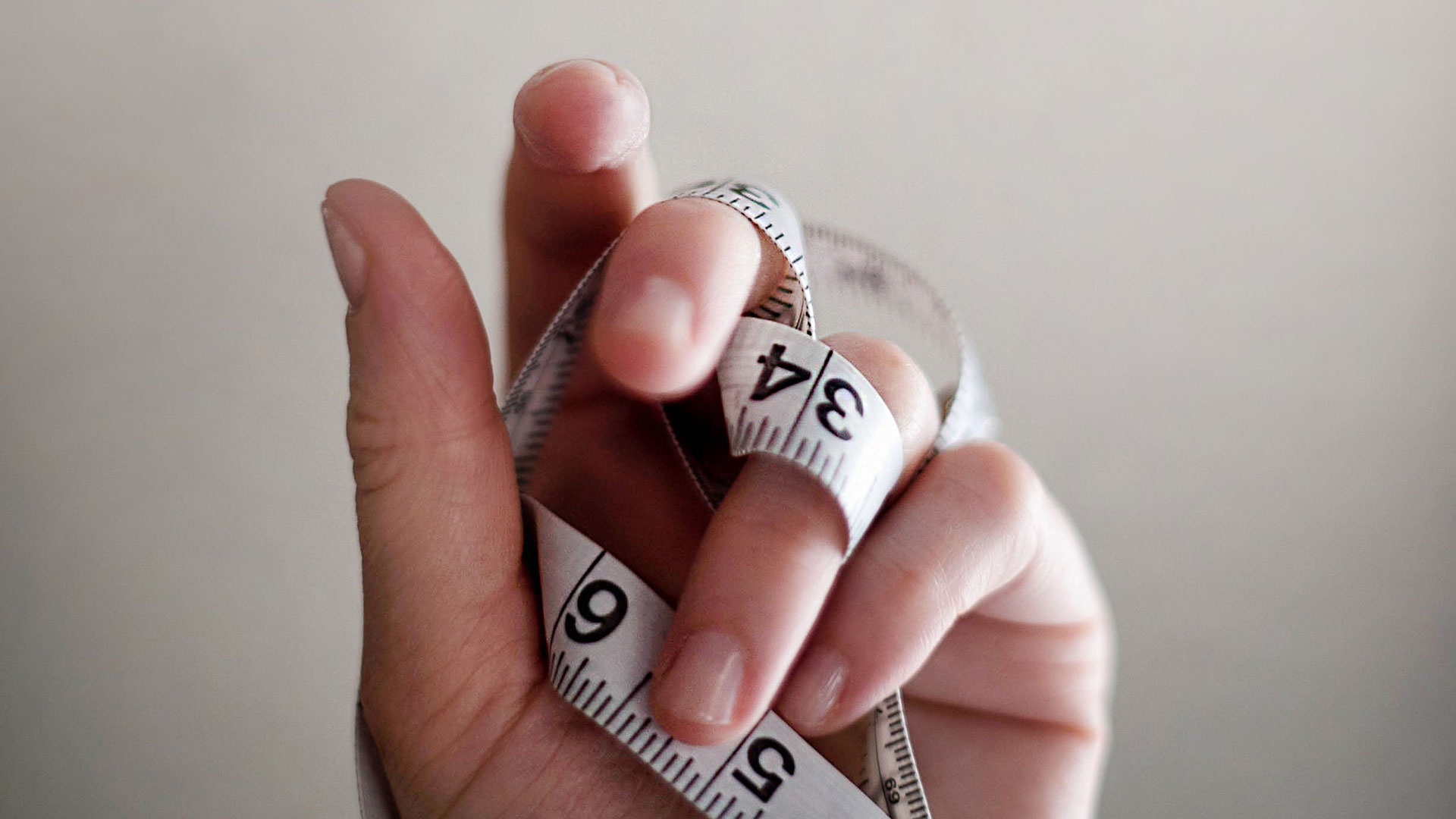 20 Nov Is There A Way To Break Free From Our Negative Body Image?

Posted at 16:24h in Inspire, Validate by admin

It was 6pm, bath time, and my two-and-a-half-year-old daughter was standing in front of me wearing nothing but her socks. She was, as one would expect of a toddler, not in the least bit ashamed of her body as she proudly patted her belly.

“Look at my tummy!” she said, sticking it out as far as it would go. “Look how big it is!” She grinned at me expectantly. “It’s not big!” I exclaimed, as if that would be a bad thing. “It’s thin and beautiful!”

And there it was. The moment I realised I’d failed as a mother. I, who had vowed to embrace all body shapes and sizes, who had ditched the scales as soon as I became pregnant, who had sworn never to say the four-letter word ‘diet’ in front of my daughter, was sending her the message that her body should be judged on size.

My goal was to be a positive role model for my daughter.

I wanted her to realise she was beautiful exactly as she was. But the truth was, it was hard, when I felt like I fell short of some idealised notion of what was attractive in other people’s eyes. And so I went on diets and attended gym classes, all under the guise of ‘self-improvement’. But why, as a mature adult, did I believe that my body was somehow fundamentally flawed?

Psychologists, counsellors and exercise physiologists agree that body image is a complex issue that begins in childhood. As we grow older, the media reinforces messages from parents. The Australian Press Council stipulates that publishers should provide readers with information about digitally altered images where there is the potential for readers to be deceived. “Creating unrealistic expectations about what is a ‘healthy’ or an ‘ideal’ body shape could lead to the risk of adverse effects on the physical or mental health of readers,” says chair of the Press Council, Professor David Weisbrot.

Eating Disorders Victoria CEO Jennifer Beveridge agrees that exposure to unrealistic images in the media can contribute to negative body image. “Heavily photo-shopped advertising campaigns using models who lack diversity sends a message that only one type of body can be considered beautiful,” she says. But the problem is a lot deeper than photo-shopping, and no generation is exempt.

I grew up in the eighties, at a time when Barbie was asserting her independence. As a young girl, I admired her ability to be a surgeon, an astronaut and a racing car driver. But I also admired her long skinny legs and tiny waist and viewed them as a prerequisite for being a successful woman. This is despite an analysis by the University Central Hospital in Finland which estimated she lacked the 17 percent minimum body fat required to menstruate. And as for my mother, who was a teenager in the 1960s, one of the most famous women in the world was English model and actress Lesley Lawson, who was voted British Woman of the Year in 1966 and whose very name that she became known by – Twiggy – reflected society’s worship of thinness.

There are perhaps some evolutionary reasons as to why humans focus so much on looks.

“It’s a natural survival mechanism to judge and compare ourselves against others, and for us to need to be accepted by others,” says Sydney-based psychologist Sharon Draper. “This dates back to the beginning of humankind. Our mammalian brain has had to constantly scan the world for evidence of possible rejection, since this would be dangerous to our species’ survival.”

Thankfully, these days, our dress size or how we wear our hair does not dictate our actual survival. But the fact remains that humans have always admired beauty and perfection, something which is only exacerbated by the highly visual society we live in, notes clinical psychologist Sam Van Meurs. “We are more aware of our physical selves than ever before due to the ever present social comparisons that we make on social media and when we see advertising,” he says.

This is certainly true, says physiotherapist and clinical Pilates instructor Nikhil Taneja, who has seen many young women compare themselves to celebrities and try to be the same. “They come to me because they want to know if yoga or Pilates will give them the same kind of physique as the celebrities they follow. When I explain to them that these celebrities also go on extreme diets, many of them don’t come back.”

Research indicates that eating disorders are on the increase and it is clear that perceiving our body in a negative light can potentially have serious repercussions on our health.

So what steps can we take to develop a more holistic body image?

“Focussing less on what your body looks like and more on what it can do is a good first step,” says Jennifer Beveridge. “Emphasise your inner strengths, and value things unrelated to your appearance.”

“Encourage mealtimes to be a time when the family can sit together and talk, rather than being too focused on food,” says relationships counsellor and psychotherapist, Charmaine Roth. Other strategies she advises include taking care with the language we use, maintaining a healthy attitude towards diet and exercise, and praising our child’s strengths and abilities rather than appearance.

As for me, I did my best to reduce my negative self-beliefs. I began to focus on my strengths and I worked on accepting my feelings. In the end, though, the most powerful lesson came from home.

It was my daughter’s bath time again and I’d gotten into the tub with her to tackle the challenging task. After the shampooing, detangling, washing, rinsing, and the obligatory bath toy games, we were back on the bathmat, drying ourselves off with towels. “Mummy,” my daughter said, looking up at my naked body with a bright glow on her cheeks. “We’re the same.”

And in that moment I suddenly realised something. My daughter, with the innocent eyes of a young child, could look at my body and see that our similarities were more important than our obvious differences.

I knelt down in front of her and put my hands on her shoulders. I could feel the outline of her bones and the soft slope of her arms.

And for the first time in my life, I truly meant it.

1. Make a commitment to accept everything about yourself, your strengths and your weaknesses.
2. Focus on your strong points.
3. Be aware of negative self-talk.
4. Accept negative feelings. You might not like all areas of your body, but learn to accept them.
5. Spend time with positive friends. You are the average of the people you spend most of your time with. If you have people around you who are critical, this mentality will be rubbing off on you.
6. Treat yourself with things that make you feel better.