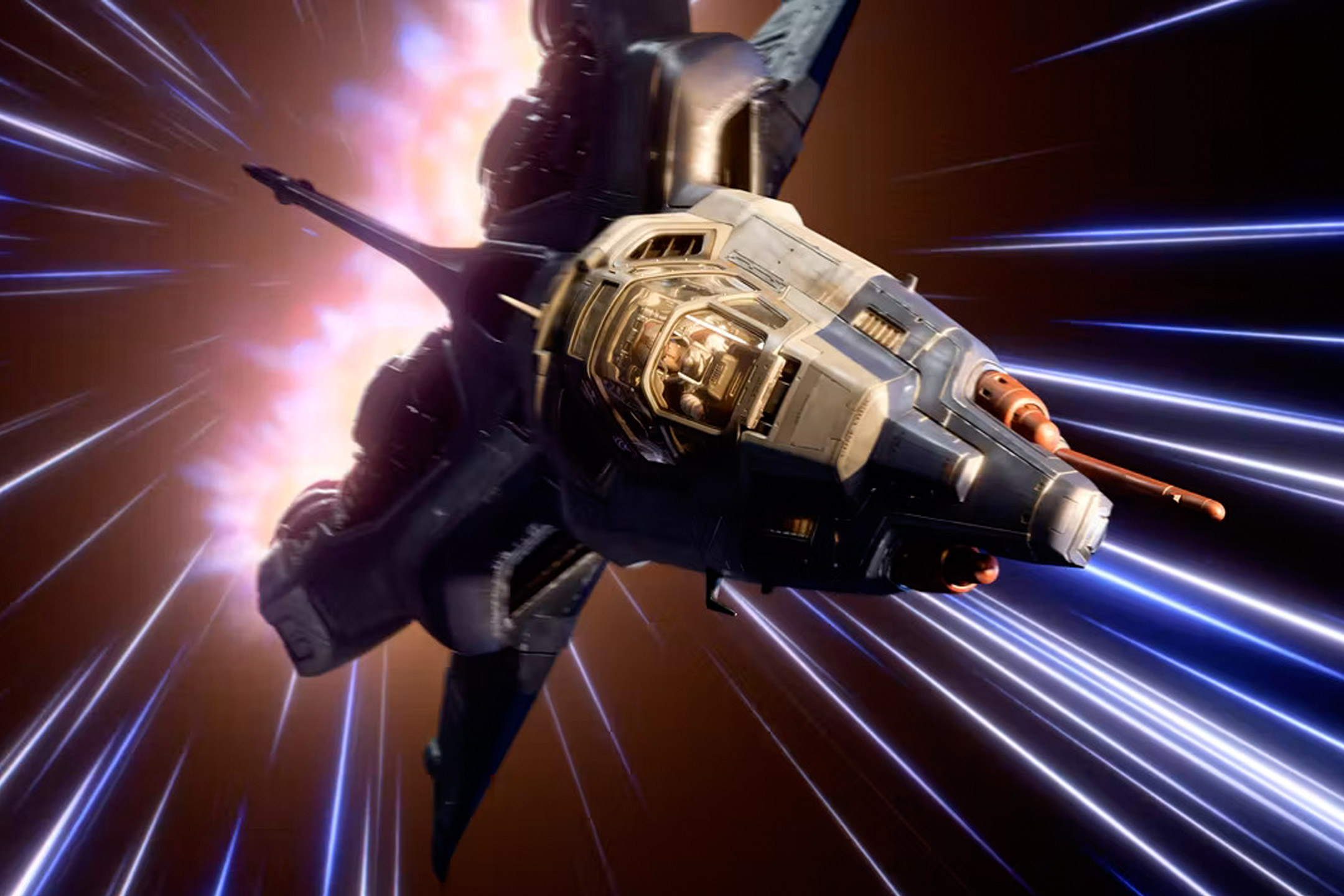 Spoiler alert: this article explains a key plot point, but we don’t give away anything you won’t see in trailers. Thanks to reader Florence, 7, for her questions.

At the beginning of the new Disney Pixar film, Lightyear, Buzz Lightyear gets stranded on a dangerous faraway planet with his commanding officer and crew.

Their only hope of getting off the planet is to test a special fuel. To do that, Buzz has to fly into space and repeatedly try to jump to hyper-speed. But each attempt he makes comes with a terrible cost.

Every time Buzz takes off for a four-minute test flight into space, he lands back on the planet to find many years have passed. The people Buzz cares most about fall in love, have kids and even grandkids. Time becomes his biggest enemy.

What’s going on? Is this just science fiction, or could what happened to Buzz actually happen?

Buzz is experiencing a real phenomenon known as time dilation. Time dilation is a prediction of one of the most famous scientific theories ever developed: Albert Einstein’s theory of relativity.

Prior to relativity, the best theory of motion we had was Isaac Newton’s mechanics.

Newton’s theory was incredibly powerful, providing stunning predictions of the motion of the planets in our solar system.

In Newton’s theory, time is like a single giant clock that ticks away the seconds in the same way for everyone. No matter where you are in the universe, the master clock will display the same time.

Einstein’s theory of relativity shattered the master clock into many clocks – one for each person and object in motion. In Einstein’s picture of the universe, everyone carries their own clock with them.

Even worse, the faster you travel relative to someone else, the slower your clock will tick compared to theirs.

Time travelling forwards – but not backwards

In a sense, time dilation can be thought of as a kind of time travel. It provides a way to jump into someone else’s future.

This is what Buzz does: he jumps into the future of his friends left on the planet below.

Unfortunately, there is no way to use time dilation to travel backwards in time, into the past (as one important character talks about later in the film).

It’s also not possible to use time dilation to travel into your own future.

That means there’s no known way for you to travel into the future and meet your older self, simply by going really fast.

Time dilation might seem like science fiction, but in fact it is a measurable phenomenon. Indeed, scientists have conducted a number of experiments to confirm that clocks tick at different rates, depending on how they are moving.

For example, astronauts on the International Space Station are travelling at very high speeds compared with their friends and family on Earth. (You can watch the space station pass overhead if you know when to look up.)

This means those astronauts are ageing at a slightly slower rate. Indeed, US astronaut Buzz Aldrin, from whom Buzz in Lightyear gets his name, would have experienced a tiny bit of time dilation during his trip to the Moon in the 1960s.

Real-life astronaut Buzz Aldrin would have experienced a tiny bit of time dilation on his trip to the Moon in 1969. NASA

Don’t worry, though, the astronauts on the International Space Station won’t feel or notice any time dilation. It’s nothing like the extreme time jumps seen in Lightyear.

Aldrin was able to return safely to his family, and the astronauts up in space now will too.

To infinity – and beyond

The universe is a massive place. The nearest star is 40,208,000,000,000 km away. Getting there is like travelling around the world one billion times. Travelling at an ordinary speed, no one would ever survive long enough to make the trip.

Time dilation, however, is also accompanied by another phenomenon: length contraction. When one travels very fast toward an object, the distance between your spaceship and that object will appear to be contracted.

Very roughly, at high speeds, everything is closer together. This means that for someone travelling at a high speed, they could make it to the nearest star in a matter of days.

But time dilation would still be in effect. Your clock would slow relative to the clock of someone on Earth. So, you could make a round trip to the nearest star in a few days, but by the time you arrived home everyone you know would be gone.

That is both the promise, and the tragedy, of interstellar travel.