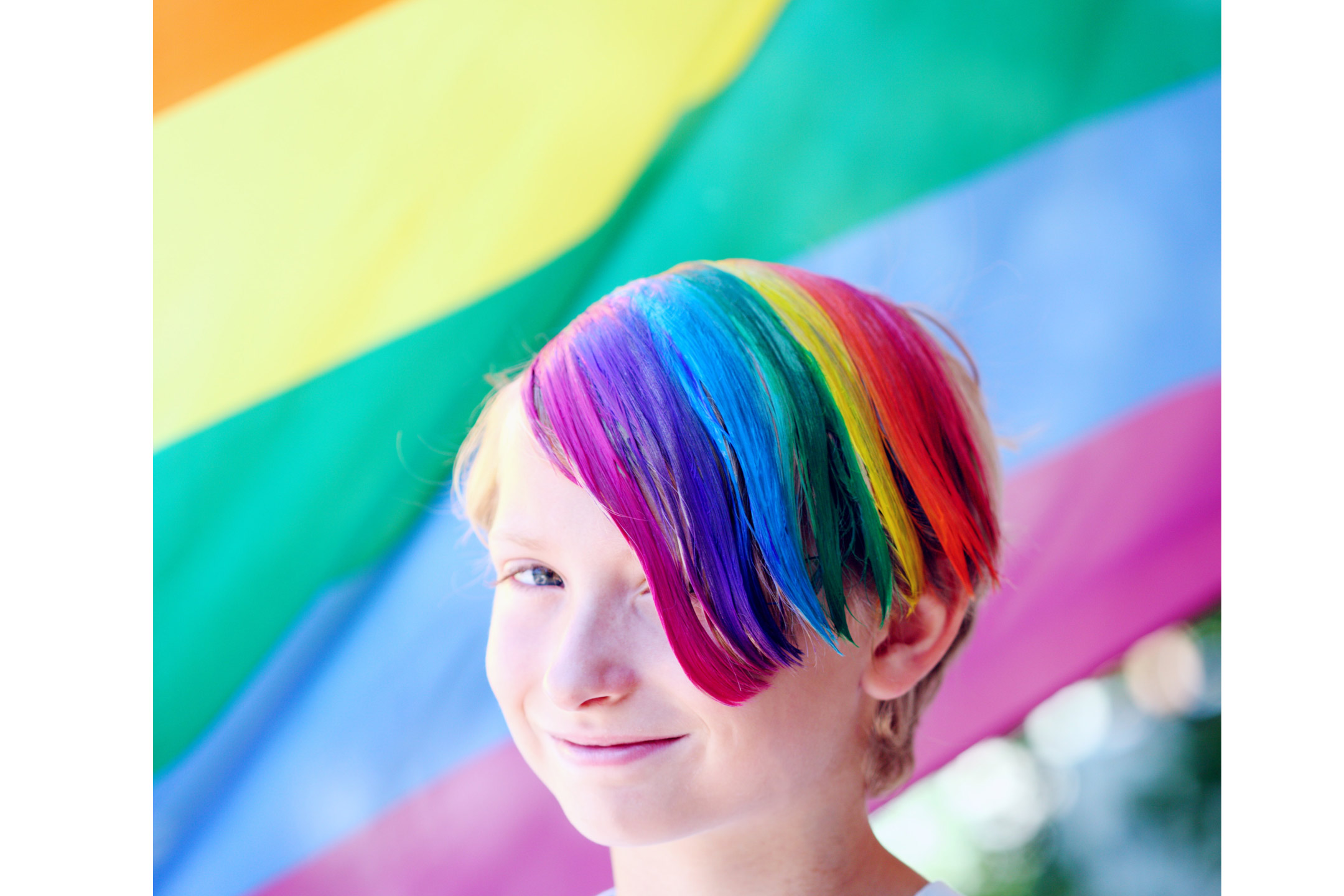 05 Aug Is Your Child Transgender?

Posted at 05:52h in Inform, Validate by admin

What would you do if your child rejected the gender they were born with? Assigned male at birth, Sally Goldner knew she was female at four years old. She went to an all-boys school and remembers walking into a classroom of 20 boys and thinking ‘I know they’re not like me.’

Sally didn’t transition until she was 32. To her, parents’ unconditional love and support is the underlying basis for a happy transgender child.

Now Transgender Victoria’s Executive Director, Sally says when we tell children ‘You’re too young to know anything’, we are denying them a voice. The real harm can occur when kids bottle it all up. “We live in this world where we think children are innocent for 17 years and 364 days, and then the awareness fairy sprinkles something and they wake up.”

Transgender children want the same things as other children: love, acceptance and inclusion.

When my son Kobe wore a dress to daycare daily, I thought ‘Cute! It’s a bit of a phase’. At two, he was a happy laughing child, but by the age of four, some days he would sit in a corner, very angry and tense, and say “I can’t go anywhere”.

After years of battles over clothes, I blurted out one day, “What if I bought you some girls’ clothes?”. He looked at me like it was Christmas and said, “Yes, Mum, no more dress ups, I want real girls clothes.” When I asked why he hadn’t asked for them before, he said “I didn’t want to make you sad.” That’s where the process of transition slowly started. From then on, Kobe bought boys and girls’ clothes 50/50, and made a rule that he dressed himself. I told him, “We only go places where you’re happy and safe. You can wear what you want.” Before Kobe transitioned, things were bad.

He didn’t like being a boy, going to the boys’ toilet. Kobe figured it out when he was six. She told herself ‘I want to be a girl so I can.’ It doesn’t matter what anyone says.

Six months through the first year of school last year, Kobe stated he wanted to change his name to Isla and wear dresses. From then on, she went to school as a girl. Isla’s father struggles to come to terms with the change.

With help from the Safe Schools Coalition, I sent a letter to all Year 1 and 2 students, and asked their older siblings to care for her in the playground.

At two, our child wanted hair clips, a pink scooter and strappy sandals, and got very upset whenever I tried to cut their hair short.

At three, I got questions like: “Will I get breasts? Will I get a vagina? Will I be able to grow a baby inside me?”

I didn’t really know much about transgender experiences, but I was open to gender diversity so I asked my child if they wanted to start ballet classes as a girl and see how that felt. She was so excited. She wore a tutu and her hair up in pigtails, and had a grin from ear to ear.

From then on, Annabelle began wearing dresses at home, and later for her whole final year of day-care. She is a fairly shy girl, but two months into that year, when she had decided to change her name, she got up in class and told the kids her new name and why.

Annabelle has a close network of friends who know about her situation and are totally fine with it. That’s been good for her. She knows it’s not a bad secret. I tell her if she ever decides she wants to tell the kids at school, we’ll help her when that time comes.

While she does worry a little about what the future holds, there is a beautiful side to having a transgender child.

Part of me is quite blessed to be trusted with this being in the world. And the transgender support community is great – people are so kind to each other.

Oliver had always known he was a boy. As Molly at his daycare where all the kids wear shorts and get muddy, he blended in, and at school many girls wore the shorts uniform.

It was only when he was forced to join the girls’ group when schools and tennis classes sometimes divided the genders that he became unhappy. I planned it quite well. I contacted the Principal, and Safe Schools Coalition set up a meeting for us with the teachers to help make the shift to the new name and pronoun change, and to the boys’ toilets, sports and camps. We transitioned over the holidays at the end of Year 3 while camping with another family who knew. We had a celebratory dinner, and he started Year 4 as Oliver.

Starting school as Oliver was fine. The class even had a naming party and Sarah brought in a cake with his new name on it.

I emailed all the parents and was inundated with love and support. Oliver has never been bullied. The transition has been pretty smooth. He’s quite comfortable with himself. I think it’s made him a bit more resilient and shown him who he is, which is a good thing.

For parents and kids seeking help, go to Transcend and Gender Help For Parents. Both sites link to support organisations in every state.

ACON have released a language guide to help people talk about gender diversity.

Transgender: An umbrella term for people whose gender differs to the one they were assigned at birth.

The Gender Centre (NSW) publishes many fact sheets which outlines common gender variances along with other helpful resources for families.