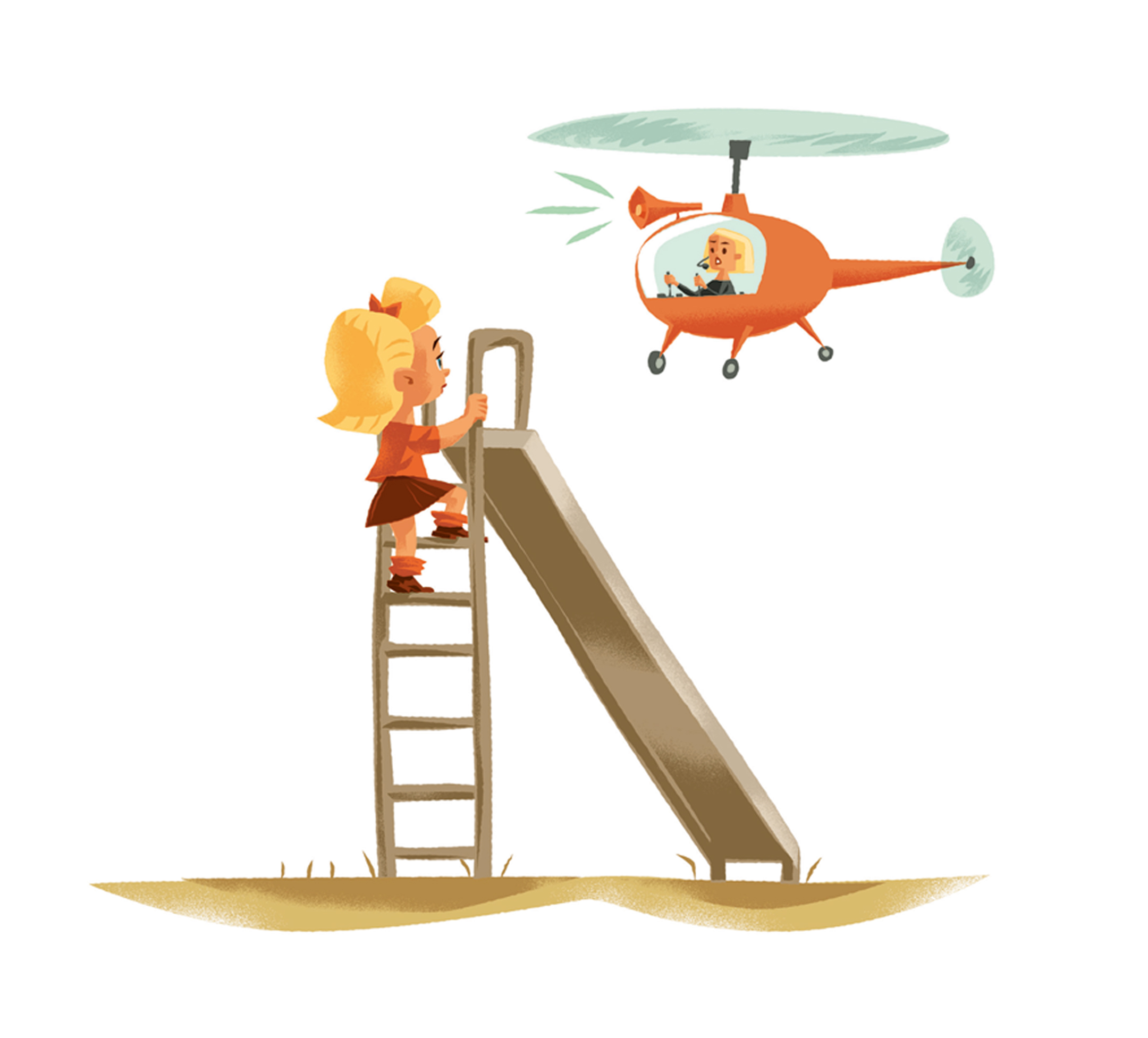 31 Jan Is your parenting style free range or helicopter?

Despite years of research, Lara Silko discovers you can never pre-determine what type of parent you will become

When I was doing my psychology honours research in the mid-1990s as a fresh-faced 20-something, parenting looked pretty simple. I learned it could be conceptualised along two lines: affection and control. The ideal parenting style was the high-affection, high-control ‘authoritative’ type. Authoritative parents are firm but kind – warm and loving, but with clear boundaries. They produce children with high self-esteem, a great work ethic and low rates of mental illness in later life. I knew which type of parent I was going to be one day.

Ten years later, I had been working as a teacher in special education and this authoritative style was serving me well.

Students responded to my firm boundaries and positive regard. I genuinely liked the students but had no trouble enforcing routines or setting limits. I began my masters in educational and developmental psychology and looked at the warmth aspect a little more closely, investigating how important it was to the process of emotion socialisation, whereby children learn to control and express their emotional needs appropriately. Unsurprisingly, the firm but- kind parents scored all the goals.

Studies found their children knew how to express their anger without tantrums and tears. They also scored top marks for friendliness and empathy. It was clear this gold-star parenting style produced these wonderful children.

I had all this knowledge and experience, yet was struggling to become a parent myself. I had three early miscarriages and four curettes in one year. So when I finally became pregnant and saw my daughter’s heartbeat on the ultrasound, I was both ecstatic and anxious.

A psychiatrist helped me manage the anxiety, and while it dissipated, it felt like the worry was always there. When my daughter was born, the anxiety didn’t go away. It coloured every aspect of my parenting. I’m not sure what happened to my dreams of being the perfect, authoritative parent, for my style can only be described in one big dirty word: helicopter.

I refused to let anyone other than me and my husband hold my newborn daughter, believing she would feel abandoned if we passed her to someone else. Friends and family soon stopped asking. As she got older, I stood with my hands out at the bottom of the slide in case she slid too fast. I rigidly observed every food-introduction guideline, which meant well-meaning grandmothers had no chance of feeding my daughter biscuits or chocolate before the age of two. There was no three-second rule – food that fell on the floor went straight in the bin.

Toys were dutifully wiped and sterilised. I was firmly and anxiously always by her side.

The growth of helicopter parenting seems to have coincided with rises in the average age of parents and a reduction in the average number of children per family in the Western world. The metaphor of a helicopter is a strong one: a parent who ‘hovers’ over the child, protecting them from any possible danger, lovingly but frustratingly thwarting their attempts at risk-taking and independence. The chances of it proving a rival to the authoritative style are minimal. Recently I attended a presentation by a leading researcher in child development and neuroscience who proposed a link between helicopter parenting and the development of anxiety disorders in adolescence. I can no longer attend parenting-research presentations without getting chills down my spine.

my parenting style towards him could be described as ‘free-range’.

My second child was a completely different matter. The pregnancy was uneventful, and there were times I even forgot I was pregnant since I was so preoccupied with my three-year-old daughter. When my son joined our family, it felt completely natural. He seemed to fit into our already child-friendly home, and my parenting style towards him could be described as ‘free-range’. As a newborn he cuddled anybody who gave him a second glance. I was too busy to be rigid about food introduction – as soon as he had enough teeth he ate what my daughter ate.

Sterilising wipes were nowhere to be found. When my son was 18 months old he made his way to the top of the climbing frame at the playground while I chatted to friends. At 20 months he went down the slide, bumped his bottom, cried, then got back up again. His calm, happy personality reverberated positively throughout our home, dissipating my anxiety and my daughter’s. I began to encourage my daughter to take the same risks, forcing myself to be less of a helicopter. I knew I needed to let up for her sake.

Two different children, two different times of my life and two different parenting styles. For all we’ve found researching parenting for so many years, it is nearly impossible to capture the richness and diversity of the parenting experience. What I’ve taken personally from psychological literature is the knowledge that nature influences nurture and vice versa. Perhaps the optimal parenting style, whatever that may be, is not always achievable. Maybe us psychologists need to cut us parents some slack, and know that in the end what matters is that most of us are trying our very best, sometimes under very difficult circumstances.