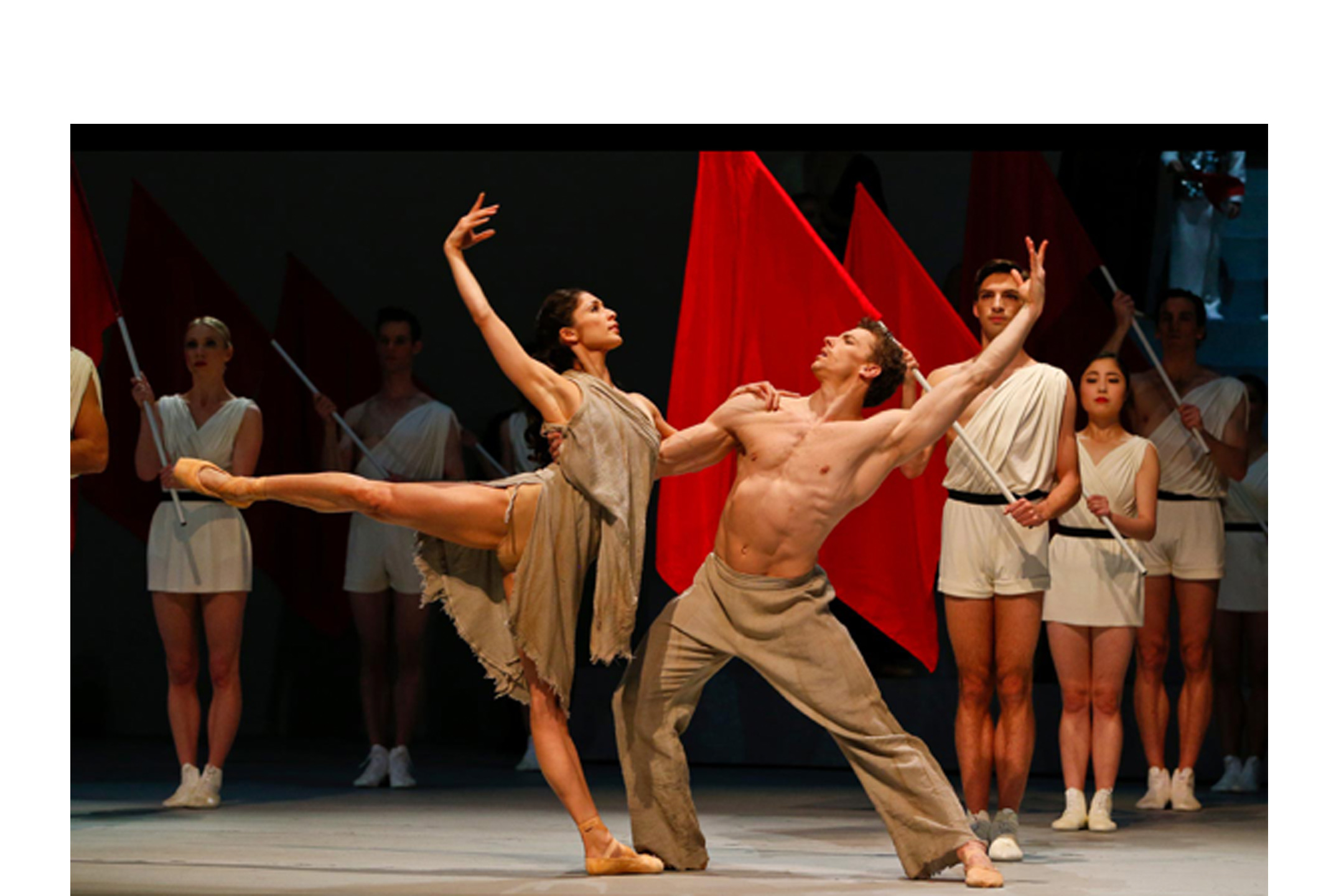 24 Jul Join the rebellion…watch Spartacus by The Australian Ballet

Spartacus, based on a true story, focuses on a gladiator who led a slaves’ rebellion against the Roman empire. Charting the journey of a man finding passionate love, his mission and his freedom, the ballet showcases our male dancers at their spirited and athletic best as the slaves who rise against the tyranny of their rulers.

We’re excited to bring two versions of Spartacus to your screens.

Our 2018 production stars Kevin Jackson as Spartacus and Robyn Hendricks as his wife Flavia, and was filmed at Arts Centre Melbourne with Orchestra Victoria.

Click to access the original production program and the cast sheet, which will tell you who dances which role and what happens in the ballet.

This production is brought to you free by our Production Partner La Trobe.