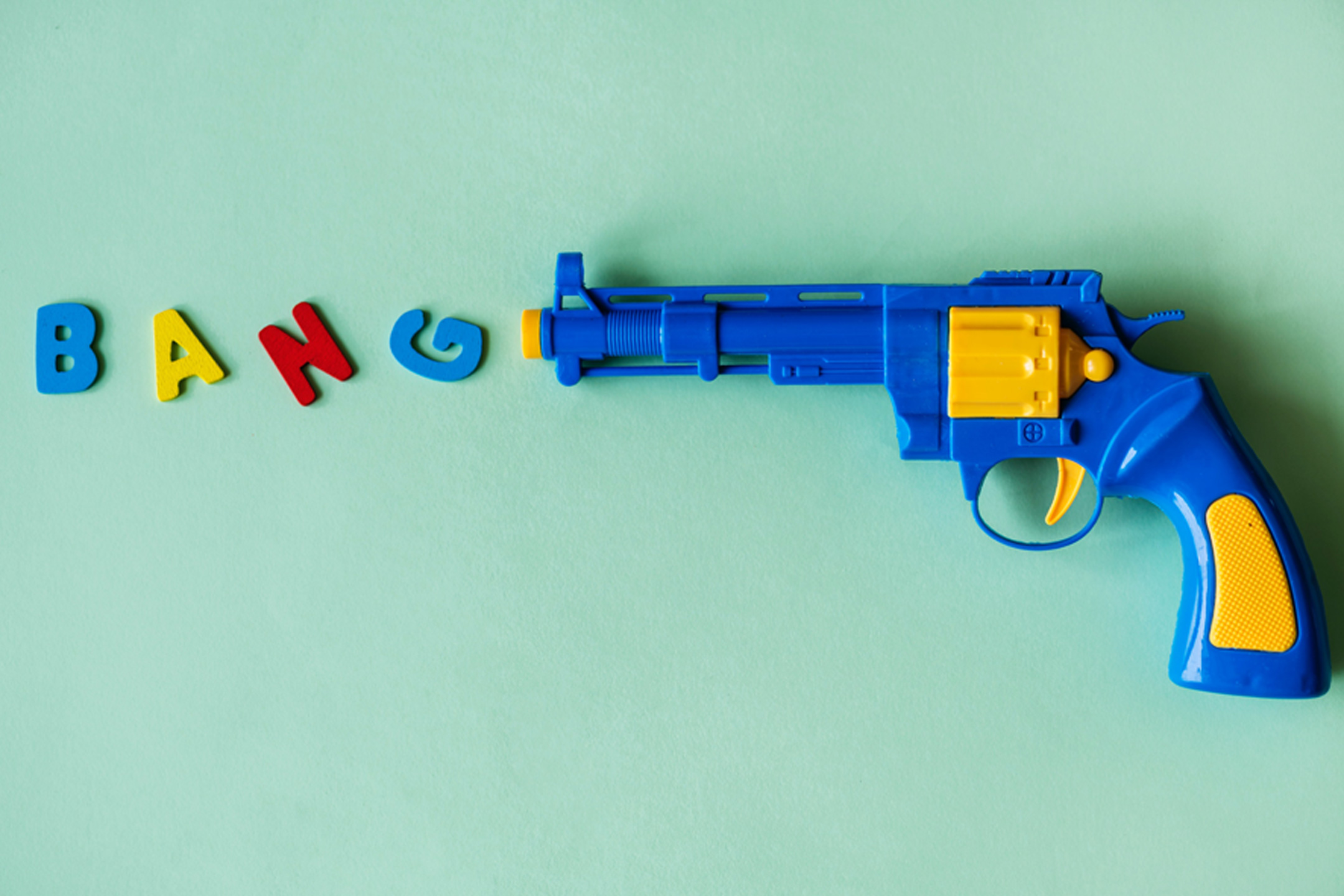 08 Nov Just How Bad Are Toy Guns for Kids?

Posted at 12:24h in Education, Inform by admin

As we approach the giving season and parents’ thoughts turn to gifts for kids, sharing a home with weapons made of foam still made one mum squirm.

Tacoma (USA) mum Emily Waggoner, a former social worker who runs an in-home day care, wasn’t crazy about the idea of guns in her home — real or fake. But one day, her husband and 9-year-old stepson, William, came home with a cadre of foam artillery. “Shotgun, sniper, semi-automatic — everything,” she says.

Waggoner balked at the pile of foam ammunition. Father and son were bonding happily over their new toys, fashioning armour and shields out of cardboard and duct tape. But sharing a home with all those toy guns still made Waggoner squirm.

She was in a bind — one shared by countless modern parents trying to navigate the world of toys, kids and pretend guns.

When it comes to toy guns, parents often find themselves at odds with their kids’ natural tendencies and interests, and without much guidance from science. One study by Malcolm Watson at Brandeis University found that toy guns increase aggressive behaviours, but scores of parents, experts and researchers heartily disagree. And a growing school of thought around child-led play suggests that maybe toy guns have a place in childhood, after all. 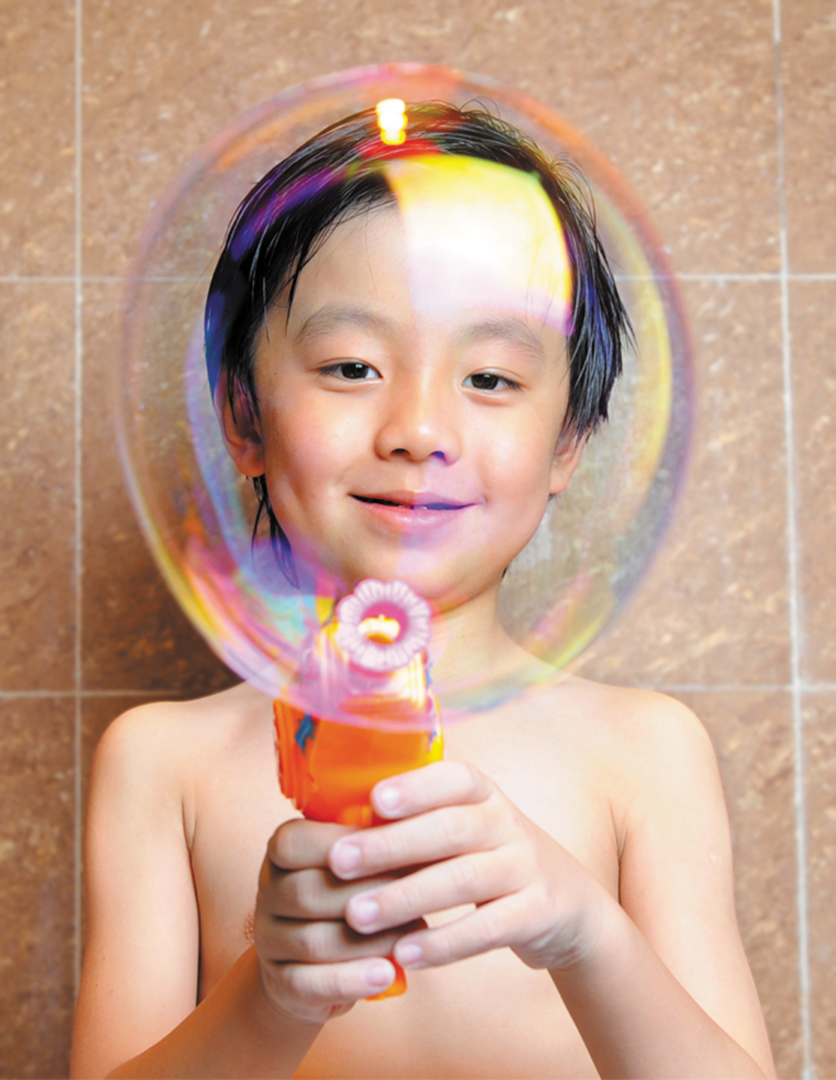 Even toast is a weapon

As shootings often dominate the news, pretend gun play has never been more unpopular with parents, Katie Morse, a psychotherapist in private practice in Seattle, says. Wary of falling on the wrong side of school policies, many parents attempt to squelch all toy gun play at home, lest it follow kids to school.

And then there’s the ick factor: Gun play — from water, foam and plastic guns to more sophisticated imitation weapons used in paintball, air-soft gun games and video games — just plain makes many of us uncomfortable.

“It’s easy to see violence and aggression in society and in the media, and then your sweet, innocent child is saying ‘bang bang’ and ‘I killed you,’ and you get overwhelmed with fear about whether he could grow up to be violent,” Morse says. “As a parent, those are normal, natural responses.”

Even so, our collective discomfort over fake artillery doesn’t stop some kids from turning everything they find into a weapon. After Gloria Lunsford realized that Caleb, 4, and Jacob, 3, didn’t need actual toy guns to lob pretend gunfire at each other, she surrendered, as it were. Lunsford allows pretend guns, “but they cannot point them at people,” she says. “They have to pretend there’s a bad guy to shoot.”

“If your child wants to play guns and you’ve enforced such a ban and think it’s working, you’re probably just not turning around fast enough,” says child-led play advocate Jeff A. Johnson, author of numerous books, including Let Them Play: An Early Learning (Un)Curriculum.

Another reason parents cringe at pretend gun play: It’s a stubbornly stereotypical “boy” behaviour that persists, even in families that dial down traditional gender roles. Parents who are careful not to impose strict gender paradigms are often dismayed to find that their little boy enters them anyway, racing around the house shooting bad guys with a hairbrush.

Once again, it’s biology: 1, parents: 0, neuroscientists Sandra Aamodt and Sam Wang, authors of Welcome to Your Child’s Brain, say. Gender-influenced toy preferences appear across cultures by 1 year of age; by 3, children overwhelmingly choose toys associated with their own gender. Even primates distinguish stereotypical male toys from female ones, according to Aamodt and Wang. Male monkeys prefer to play with trucks, and girl monkeys with dolls.

So kids will find a way to conjure up a toy pistol if they want one. Are parents just supposed to be OK with this?

It looks that way. While toy gun play can be alarming to parents, it’s usually harmless, Morse says. In fact, many child experts agree that forbidding this type of play only gives pretend guns more power.

“Banning gun play may result in children hiding it and feeling shameful for their desire to play in this innate way,” she says.

Play guns aren’t about hurting others, either. Even though toy gun play appears violent at first glance, parents should peel back the layers of what they’re seeing, Johnson says. “Toy gun play isn’t about violence as much as it is about symbols. Toy weapons symbolize power, leadership, authority, strength and control.”

Pretend arms give children the chance to unravel these complicated concepts in the safe realm of play.

“A child crawling on his belly across the yard holding a stick-gun may be processing a pretend death and heroically pursuing a powerful enemy he will confront and defeat,” Johnson says. “As casual observers, this kind of play looks violent and can make us adults feel icky inside, but the learning is rich and valuable.”

Play-gun bans can unfairly single out children of one gender, Johnson says. Girls engage in this type of play, too, though sometimes the thing that symbolizes power and control is a magic wand or a lasso.

One reason that guns may take on different forms in the hands of girls: Some carers and teachers are quick to admonish girls for pretend gun play while they tolerate the same behaviour in boys, Johnson notes. “I think we need to make an effort to support girls in this type of imaginary play — no matter what type of symbols they choose to use.”

So a little “good guy–bad guy” role play is probably harmless and may even have benefits — but experts say parents can and should set limits around this type of play.

As for Emily Waggoner, she’s slowly warming up to toy weapons. She sees the value in letting kids work out fears and test boundaries safely. “Toy guns still make me uncomfortable, but that’s my own issue,” she says. “I’m coming around.”