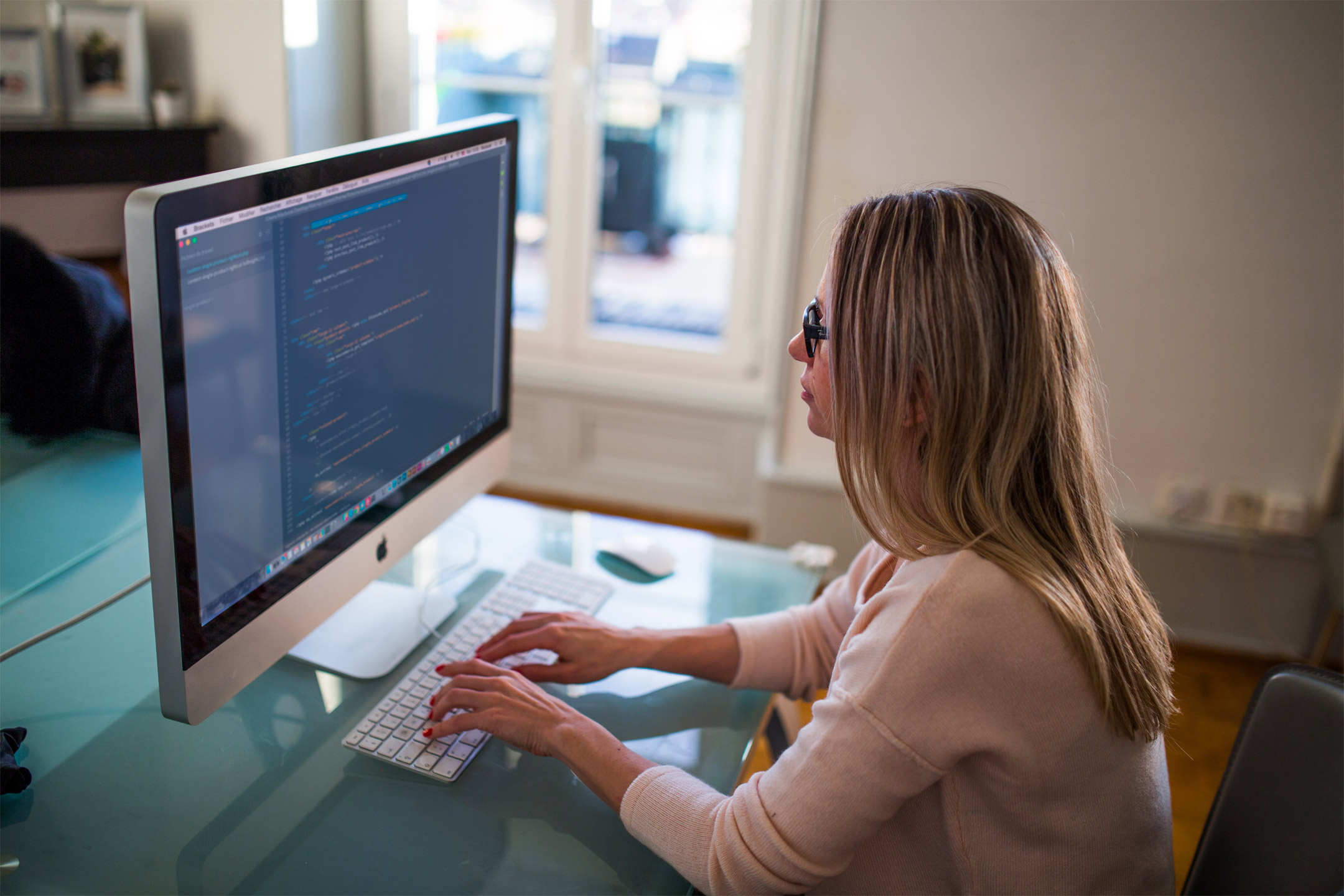 23 May Labour Pains-Discrimination in the workplace

Posted at 09:47h in Editors Picks, Inform by admin

Klay Lamprell draws attention to the issue of discrimination against pregnant women in the workplace.

A pregnant woman had to sit on a bin after her employer wouldn’t give her a chair, and was then told to get a doctor’s certificate indicating the need for her to sit down so that her employer would allow her to do so. A hairdresser was told she could no longer continue to work while pregnant because she looked unprofessional. One woman, who was told by her employer that she seemed “too tired to perform her job”, was demoted and paid $400 less per fortnight.

These stories are among some 300 cases of alleged pregnancy discrimination analysed by Professor Paula McDonald from the Queensland University of Technology, a small sample of the projected 45 per cent of working women who will suffer discrimination when they become pregnant.

Dr McDonald found that well over a third of the cases she studied involved discrimination in which the women were either dismissed, asked to resign, or were otherwise forced out of their jobs. “While direct discrimination is worrying enough, the greater problem involves indirect or covert discrimination, which forces women to resign,” comments Dr McDonald.

“Rather than sacking someone outright, some employers cut working hours until there was virtually no job left. Others gave pregnant employees poor performance appraisals where there had previously been no problems with their work. Some women were shifted from department to department, or refused access to the normal career development processes or overlooked for promotion, or denied access to opportunities and benefits other employees were receiving such as organisation-wide pay rises.”

The study found that ongoing harassment, such as derogatory comments from employers and managers, refusal to provide a suitable working environment or refusal to acknowledge the physical effects and medical treatments associated with pregnancy, also contributed to the reasons women resigned. A woman who had to travel for work was told she had to fly in the weeks beyond the airline-prescribed safety limit. A library assistant was given double the workload after informing her employer that she was pregnant.

According to Dr McDonald, a surprising finding from her study was that both men and women employers and managers perpetrated discrimination. “There are a number of assumptions made by both men and women about pregnant women in the workplace. The first of these assumptions is about a working woman’s commitment to her job once she becomes pregnant – about her capacity for work, whether her work is of the same standard as previously, whether she is more irrational, more forgetful, not as productive. There are also assumptions about the likelihood she will return to work, and whether she will return full-time or part-time.”

For some employers, it goes against their value system to employ a woman who is pregnant or who has a baby

Dr McDonald says that another set of assumptions is based on the notion of what makes a good mother and that for some employers it goes against their value system to employ a woman who is pregnant or who has a baby. “There’s a discourse or rhetoric that good mothers are those who are full-time nurturers, who are available to provide constant care, and these assumptions are at odds with assumptions about what it takes to be a good worker – that you are 100 per cent available to the organisation.”

The findings of Dr McDonald’s study echo a national study, Pregnant and Productive: It’s a right, not a privilege to work while pregnant, undertaken by the Human Rights and Equal Opportunity Commission (HREOC) in 1998. At that time, the Sex Discrimination Commissioner Susan Halliday said the report highlighted “evidence that erroneous tactics and exploitative practices are, to this day, being utilised to remove pregnant women from the workforce or deny pregnant and potentially pregnant women equal employment opportunity”. Halliday also commented that “there is a significant level of ignorance amongst some employees and employers and that many people rely on second-hand or semi-accurate information when making decisions about how to manage workplace pregnancy issues”. It seems little has changed.

Discrimination against women because of pregnancy or possible future pregnancy, is against the law under the Sex Discrimination Act (1984). HREOC is the Federal body responsible for promoting employer responsibilities and investigating complaints of sex discrimination. Pregnancy discrimination is also unlawful under anti-discrimination legislation at the State and Territory level (see box for details).

Hannah Clark*, took her case of discrimination to HREOC when she found that her previously “excellent” relationship with her employer fell apart as soon as she revealed her pregnancy.

“This was my first baby. I was 34, and I had worked very hard to get to a senior position in this large firm of accountants. I didn’t want to lose the momentum of my career but I also didn’t want to leave motherhood too late. My husband and I talked it over endlessly and planned the whole thing. Without telling anyone I was pregnant, I started manipulating and shaping my working situation towards more work from home, setting up remote access to my emails, that sort of thing. I wanted it to be a smooth transition to me taking three months off, then working three days in the office and two days from home. It was all very do-able.

“I actually waited till I was just over five months pregnant to tell my boss. I hate to admit it, but having been guilty of prejudice against pregnant women myself, I knew how I would be viewed once I made the announcement. Pregnant women, in my industry anyway, can find themselves under a sort of suspicion. Their work is judged a little more harshly, their ability to focus comes into question, clients view them as lightweight… it’s pathetic and I hate to say it, but that’s why I waited to tell anyone.

I was told that my entire department was going to be disbanded so there was no job for me.

“What I didn’t understand was how that kind of discrimination can make it almost impossible to stay in the job. It’s such a subtle thing, that kind of undermining. For me, it started with the questions, checking up on schedules and querying whether projects were on track, whether [the] staff was being managed efficiently. So I was already feeling that I was of less worth to the company as a pregnant person. And when I put forward my plan of working part-time from home and part-time in the office, it was countered with the offer of a permanent part-time position that was much more junior, paying much less, instead of me being able to retain my position. I fought that, but then when I was eight months pregnant, I was told that my entire department was going to be disbanded so there was no job for me. They didn’t even offer me a payout. After six years of working long hours for this company, they said it would be best if I cleared my desk out and left that day.”

Concerned about her reputation within her industry, exhausted from complications with the pregnancy, and demoralised from her deteriorating work life, Hannah decided to accept the dismissal. “The night I left my job, I felt like having a baby was the stupidest decision I had ever made. I hated the baby and I hated myself. I couldn’t believe this had happened to me. I cried all night. By the morning though, I was angry. I hired a solicitor and I took the case to HREOC.”

Hannah won a small financial compensation and the right to a full-time job with the company after her baby was born. “Three years on, I work three days a week from home, I am even more senior than I was, I work with a completely different and much more empathic set of people, and I head up the company committee for maternity-protection policies. Taking the company to the tribunal was costly in terms of time, money and emotions, and I wouldn’t advise everyone to do it, but it was worth it to me, to my sense of self and my career.”

Supporting employees to balance their paid work and caring responsibilities is the right thing to do.

Sex Discrimination Commissioner at the time, Pru Goward, said that employers who discriminate against pregnant women are acting not only against their own best interests but also those of the community. “Even losing a checkout operator is estimated by Woolworths to cost them $3000. A lawyer costs hundreds of thousands and a bank teller $80,000… But more than this, and I think increasingly we need to recognise this, supporting employees to balance their paid work and caring responsibilities is the right thing to do.

“Of course employers don’t have to do any of this and, as the Australian economy is increasingly deregulated, their legal obligations to provide family-friendly working conditions for their staff are also bound to decrease. But it would be a pity if employers believed they did not have to think about any of this and that it was not their business.”

Like Pru Goward, Dr Paula McDonald believes employers and managers should recognise their social responsibility to protect working women who decide to have a baby. “Medical science has not yet progressed to a point where men can have babies. It is still a women’s responsibility to deliver the next generation. Employers will ultimately benefit from that. So I would ask all employers and managers to be careful with the assumptions they make about pregnant women. Just because a woman is pregnant doesn’t mean she is an unproductive employee. In fact, if she is looked after, she is very likely to return substantial loyalty. If a woman needs time off because she’s ill or has a vulnerable pregnancy, cut her a bit of slack. She’s doing two jobs at once – yours and society’s.”

• Anti-Discrimination Board of New South Wales