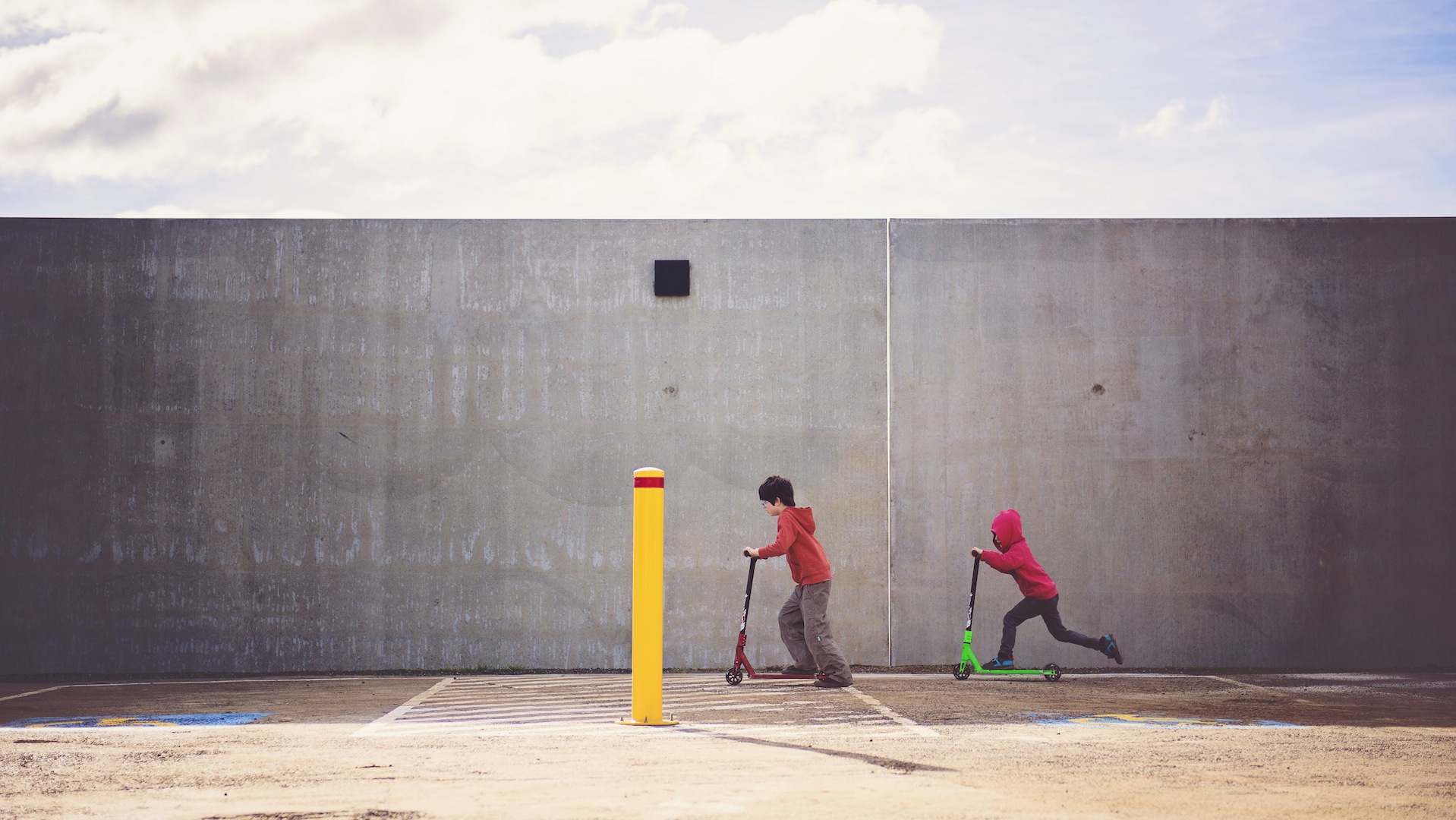 24 Jul Let Them Be Little

Posted at 06:07h in Inspire, Validate by Guest Contributer

This mother asks if modern parents have lost sight of childhood from behind their lattes.

I was walking down the sidewalk with my four year old and two year old, when my younger child suddenly let go of my hand and darted to a nearby store window to see the items on display. He innocently cut across a fashionable woman in her mid-twenties, who, God-forbid, had to sidestep to continue walking. Her face changed to disgust as her eyes narrowed at my now-gawking two year old whose gaze was set on the fairy lights and the wonder of their reflection on the other side of the window.

It was in that moment, and too many others like it, that I saw how the learning process and innocence of children is increasingly seen as disturbing, looked down on, and even despised.

How many of us can recall a moment when our child banged the cutlery on the table at the restaurant once or twice and looks streamed across the restaurant?

When they sung and it’s been too loud or expressed their opinions and were too candid, or the delicious chocolate cake was too tempting to wait for a fork so fingers smashing into their mouths did the trick?

Children are only what they can be – little ones learning their way into adulthood and life.

Are we losing the value of ‘children being children’ and expecting them to be little adults?

I have four boys aged between one and seven. When I think back to my expectations for my oldest when he was younger, I cringe. Often what I perceived as misbehaviour or disobedience was actually a curious child wanting to figure out how things worked, or just normal tiredness or the result of a bad day.

Now, with my last little boy learning to walk and run, I’m still rushing here and there, but I take moments to stop and laugh at the soaking wet children from an impromptu water fight in the backyard. I let my boys get their mouths a bit messier than I used to when eating their ice-cream cones, and when we build a sandpit we actually put sand in it.

It’s noisy and the house gets messy, but I realised early on that if I made a clean and orderly house my top priority, my toddlers became the obstacle to my goal.

It drained the joy out of me. Instead of enjoying my children as much as I could, I concentrated on the mess. Mess will always be there, but my kids won’t so I changed my mindset.

On any given day the couch cushions become a cave or a hideout on the living-room floor, and the craft cupboard is open with scrap paper and glue coming together in a masterpiece. The breakfast dishes lie in the sink, the floor is cluttered with the kids’ shoes as they come back inside, but the house is full of laughter and the chatter of four happy children.

Another day, we were walking down the street and a lady with silver-streaked hair stopped and looked at my four rambunctious boys. She came closer and smiled as she dug her hand into her purse. “Here’s 20 cents for each of you wonderful boys,” she said as she gave each boy their coin and handed the last coin (for my one year old) to me.

Her eyes gleamed as she said, “Children are wonderful aren’t they?”