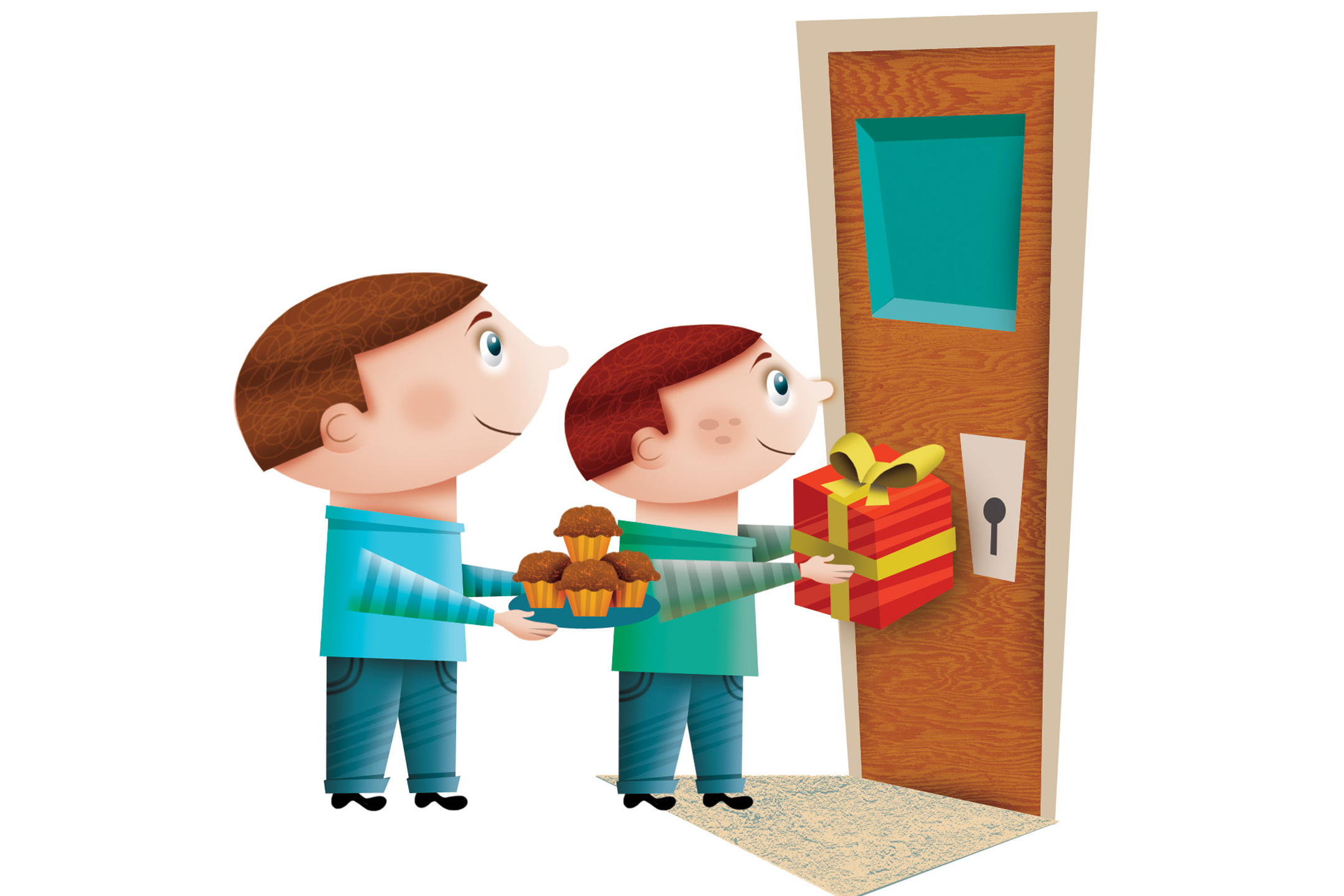 By following a strict diet, children and adults with coeliac disease can live a normal, healthy life, writes Lucinda Bertram.

When eight-year-old Gabi Thomas complained of feeling sick every morning, the adults in her life put it down to stress. There had been a few unpleasant incidents with some girls in her Grade 3 class, however Gabi insisted that she wasn’t that upset about it. Her mother Justine, took her to the doctor for a check-up. He also concluded that anxiety about school was the probable cause. Then the school holidays came… and Gabi was still feeling sick. It was at this time that Justine, who is also a dietitian, began to suspect that her daughter might have coeliac disease. At Justine’s insistence, the doctor ordered a blood test and was surprised to discover the test results and subsequent biopsy were positive. Gabi is lucky, not because she has coeliac disease, but because she has been successfully diagnosed and can now live a healthy life.

Coeliac disease affects the auto-immune system, making the body react abnormally to gluten and mistakenly create antibodies to fight it. This causes inflammation and damage to the small intestine, preventing proper absorption of nutrients. Gluten is a protein found in wheat, oats, barley and rye, and products made from these grains, such as bread, cakes and biscuits. According to Graham Price, technical officer at The Coeliac Society of Australia, research has shown that coeliac disease affects approximately one in 100 Australians. “The unfortunate fact is 75 per cent remain undiagnosed. This means that approximately 200,000 Australians have coeliac disease but don’t yet know it,” says Price.

One of the main issues facing those with coeliac disease is the difficulty in diagnosis. People can experience symptoms for many years before being correctly diagnosed. Price explains, “Symptoms of coeliac disease such as nausea, stomach pain, constipation, diarrhoea, headaches, mouth ulcers and anaemia are very common problems. Yet they can point to a number of different illnesses. There are numerous cases where someone has been treated for irritable bowel syndrome for years before the correct diagnosis of coeliac disease has been made. One of the aims of The Coeliac Society, in conjunction with The Coeliac Research Fund Ltd, is to inform General Practitioners of the array of possible symptoms and the latest in testing and research. This aims to encourage GPs to test for the disease if their patients present with any of the symptoms over the long term.”

Gabi’s older sister Hayley discovered she had the disease shortly after her sister’s diagnosis. Their mother Justine recalls, “When Gabi was diagnosed, we were all tested. There is a one in 10 chance that you have coeliac disease if a member of the immediate family has it. We were really surprised when Hayley’s test came back positive. She had no apparent symptoms. It was tough on Hayley to be told she now had to go on a gluten-free diet when she was feeling perfectly well. However a biopsy showed her intestine was already moderately damaged by the disease.”

Price points out that left untreated, the disease can cause major health problems

“Coeliac disease affects the digestive system so that it no longer functions properly, leading to poor nutrition and associated conditions. This can result in myriad problems including infertility, fatigue, osteoporosis, chronic poor health and even an increased risk of bowel cancer. In children, failure to thrive, short stature and behavioural problems can be long-term effects of the disease if undiagnosed and untreated. The good news is that most of these conditions are reversible once a gluten-free diet is followed.”

Once a doctor suspects coeliac disease, the testing is reasonably straightforward. A blood test can indicate the likely chance of the disease and a biopsy will confirm it. The patient undergoes a standard, day procedure gastroscopy under sedation. A flexible instrument is inserted through the mouth and small samples of tissue are taken from the small intestine for analysis. “People are born with a genetic predisposition to the disease which may be triggered at infancy or at any time throughout life,” says Price. At present, there are no answers as to what causes the condition to become active.

Initially a gluten-free diet can seem overwhelming. Not only are most breads, cakes and biscuits off the menu, but many sauces and packaged food also contain thickening agents or other additives that are derived from wheat or barley. “At first there’s a lot to learn. I was concerned about how I would cope,” says Karen Lepan, mother of three, who was diagnosed eight years ago. “You soon become expert at reading all the packets’ labels and ingredients. I joined The Coeliac Society and the support was phenomenal. They do a lot of the work for you and provide you with an Ingredient List booklet so that shopping becomes less time-consuming. They also provide you with recipes for gluten-free cakes, bread and meals. So yes, in the beginning it was a big change, but the most important part was feeling healthy again. I had energy again after years of being run-down and feeling sick a lot.”

Justine Thomas believes it’s better to remain positive and to look at all the products that you can have. “Fish, meat, fruit and veggies, rice, corn, most dairy products, chocolate and even wine have always been gluten-free. There is a large range of gluten-free products in the supermarket that are suitable and tasty alternatives to most gluten-containing foods. Having a gluten-free diet doesn’t mean you have to have tasteless food. Recipes for cakes, breads, biscuits and all sorts of desserts are always being created and taste delicious. When I bring a plate of gluten-free food along to parties, it is often the first one eaten. I have to tell my girls to get in there quick before everyone else devours it.”

One thing that everyone agrees on is that the range of gluten-free products available is enormous compared with that of a decade ago. Shopping and eating have become significantly easier for those with coeliac disease. Graham Price believes that as the number of people diagnosed with coeliac disease increases, so does the number of companies willing to cater for them. “With more buyers, food companies can do larger product runs which helps to reduce the prices,” he explains. Justine Thomas accepts that many of the gluten-free products are more expensive. However she points out that she also does a lot more cooking herself, which helps to lower the food bill.

A difficult part of being on a gluten-free diet is that you can’t take a night off, ever. Price says that the effect of a person with coeliac disease being exposed to gluten can be as severe as bad food poisoning. “The aim of a gluten-free diet is to be exactly that – gluten-free. Just a crumb of gluten may affect a person for days. If a person with the disease does not follow the diet strictly, they run the risk of developing long-term health problems. The most serious being osteoporosis and cancer.”

In the past, when there were fewer people diagnosed, eating out with coeliac disease was difficult. Although well-meaning restaurants or friends would assure them that there was no gluten in their meal, they were often sadly mistaken. “Many restaurants now have a much greater understanding about all the products that contain gluten. There is also much more awareness about cross-contamination which can occur easily. For example, cooking unbattered gluten-free fish on that same grill that fish covered in wheat flour have just been cooked on, or using the same cooking utensils or cutting board or even putting gluten-free bread in the same toaster where normal bread has been. Asking how foods are prepared and cooked and alerting restaurant and cafe staff to your dietary requirements help to ensure a gluten-free meal can be delivered,” advises Justine Thomas. “Contamination does still happen though. I took Gabi out for morning tea the other day and we dropped past a bakery that makes gluten-free cakes. The lady behind the counter was about to use the same serving tongs, covered in crumbs from other cakes, until Gabi pointed out the problem. People may not fully understand the need to be completely gluten-free and may not even realise the effects of what they are doing.” 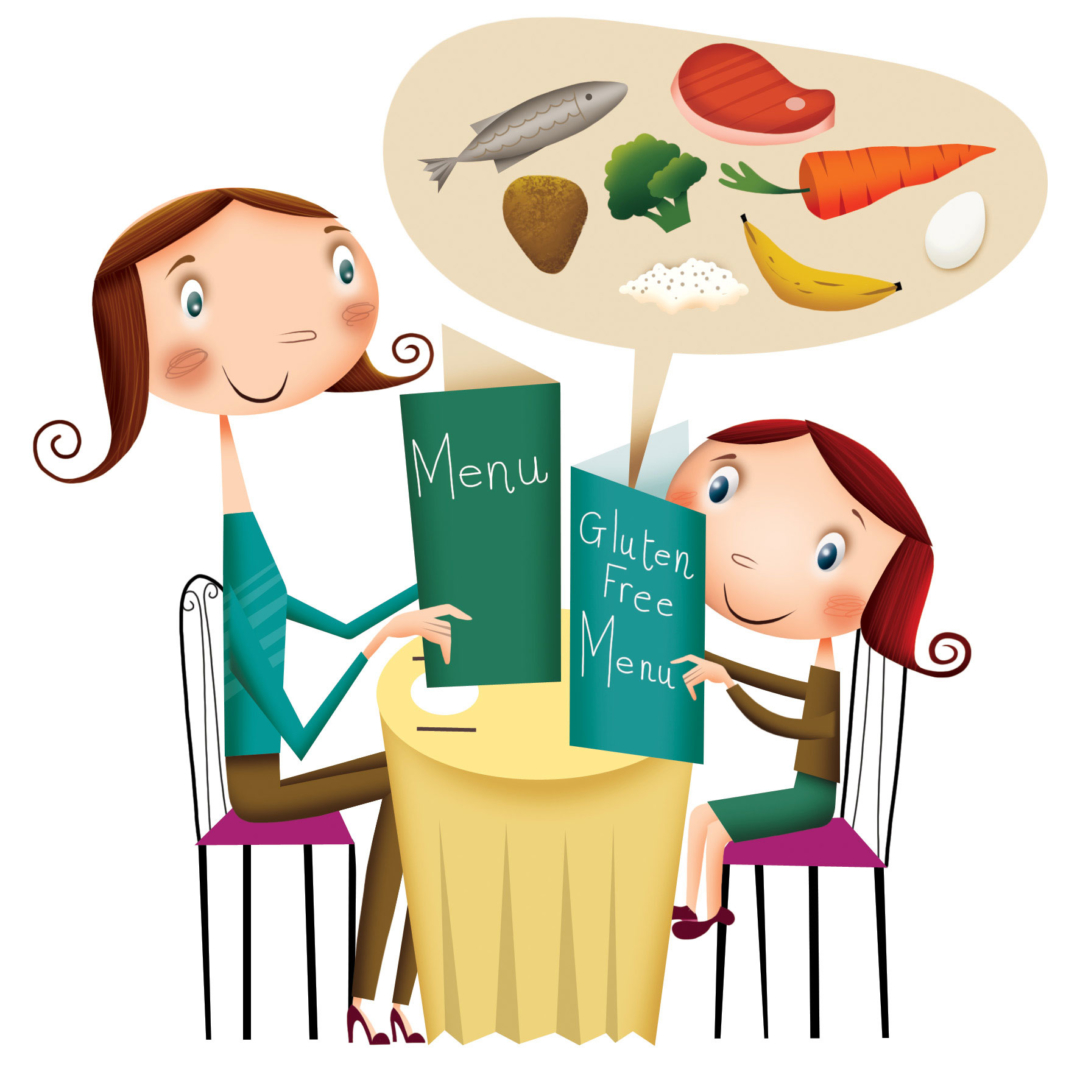 Karen Lepan loves all the new food choices and dining-out options that are now available for those with coeliac disease. Yet she remains cautious. “There is often a gluten-free option on the menu, however I will sometimes still quiz the waiters about how a dish is made. If I am in doubt, I avoid it.” She also admits that she brings emergency supplies of gluten-free muesli bars or rice cakes in her bag. If she’s sceptical about whether a venue might cater for her, she simply eats before heading out. “Preparation and being organised is the key to staying happy and healthy with coeliac disease.”

Sue Nelson confirms that being organised solves a lot of problems when catering for her twin sons who both have the disease. “If the boys are invited to a party, I ring ahead and ask what party food is being served. Then I send gluten-free versions along for the boys. If they have special days at school where food is part of the celebration, I’ll send something special along for them. If they go on a school camp, we provide the camp kitchen with ideas for their meals. The boys are also very good at asking whether products contain gluten and checking the ingredients lists themselves. Mostly we have found ways to live quite normally. We even bring our own rolls down to the fast-food hamburger chain and they supply the fillings, along with a milkshake and fries, and everyone’s happy.”

In the past, individuals with coeliac disease sometimes faced scepticism at restaurants, or even had friends and family accusing them of being a bit too fussy. Nowadays, people understand that coeliac disease is exactly that – a disease, and not just a food fad or a low-carb diet.

Justine adds, “Occasionally the girls will tell someone that they have coeliac disease and the reaction is ‘that’s terrible’ and ‘how awful’. Although living with the disease has its challenges, I don’t think it deserves pity. They can still live completely healthy lives. Put in perspective, there are far worse health issues and I like to tell my girls ‘it’s only food’.”

Graham Price believes that the future is looking very promising for people with coeliac disease and there may be some very good news just around the corner. “Australia is actually leading the way in coeliac disease research.” says Price. Vaccine Trials (phase 2) have already started.

Until the vaccine becomes available, those with coeliac disease will just have to keep sharing their grocery discoveries and tasty recipes with each other and friends. It seems to me that the only thing people diagnosed with coeliac disease really have to miss out on is, well… gluten… and years of severe health problems.

The place to start for information about coeliac disease and support for those diagnosed with the disease. It includes links to State chapters.