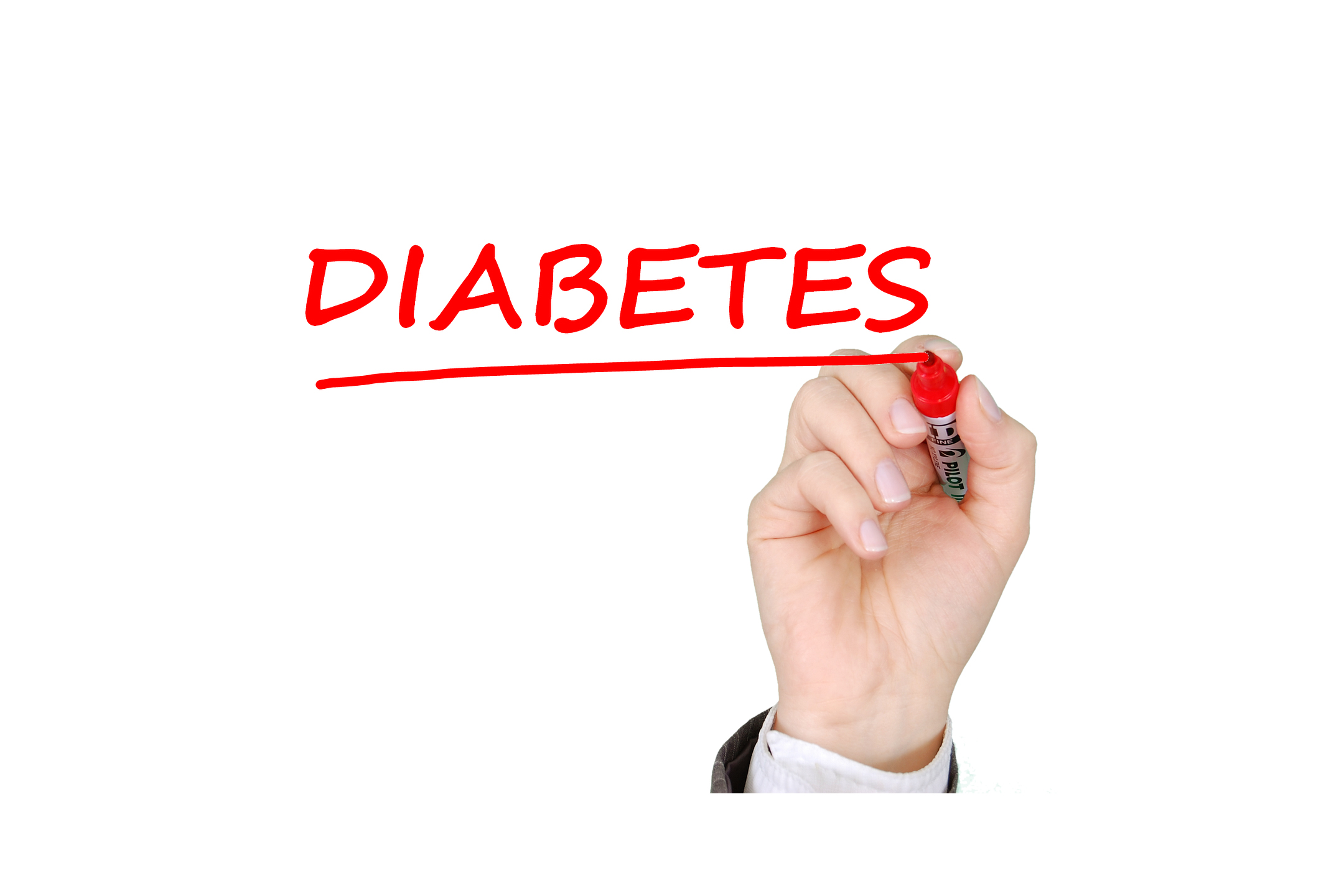 Michael Socha describes how one family has adjusted to the challenge of having two sons diagnosed with juvenile (type 1) diabetes.

They say that lightning never strikes twice. For Vivian and Neil Amos, this adage is of little consolation as they reflect on the double blow that fate has dealt their family. For the Melbourne couple, life changed dramatically when, within a 12-month period, both of their sons were diagnosed with juvenile (type 1) diabetes.

“Our concerns began when we noticed that Stephen, who was five at the time, started drinking excessive amounts of water and running to the toilet every few minutes,” Vivian says. “Although he was toilet trained, there were a couple of bed-wetting episodes. Within a fortnight he became pale and lethargic, as well as being constantly hungry, and we knew something was wrong.”

Unable to contact their family doctor on a Sunday, they took Stephen to a local medical centre. Following several routine checks, including a urine sample, the doctor referred him for a blood test the following day. Concerned about Stephen’s rapid deterioration, Vivian refused to wait until the Wednesday for the results and pressed the clinic to speed up the findings of the blood sample.

“To this day I am grateful for my perseverance,” she says. “When the results arrived back on Tuesday morning, we were advised of the dangerous sugar level in his blood. Instead of the normal reading of four to eight, Stephen’s was over 30. We were advised that we had to go straight to the Royal Children’s Hospital (RCH), where staff had already been notified of our arrival. Stephen was admitted into emergency, administered with a stabilising drip and spent the next nine days there.

We were absolutely devastated.

“The staff at RCH were absolutely wonderful. They reassured us and, as with all newly diagnosed cases, went to great lengths explaining to us how to deal with the illness. Neil and I knew very little about diabetes, and it came as a total shock when the doctors advised us that the disease would affect Stephen for the rest of his life. We were absolutely devastated.”

What followed was an intensive course in diabetes awareness and management, involving specialist doctors, dietitians and diabetes educators. “We were taught the importance of taking blood-sugar readings and calculating the required amount of insulin to be injected,” says Neil. “Along with his food intake, these are crucial elements to ensure his blood-sugar levels remain low enough to avoid long-term complications. At the same time, we need to prevent an insulin reaction as a result of his blood-sugar level becoming too low. This is what’s known as a ‘hypo’. He feels shaky and requires an immediate sugar fix and carbohydrates to raise sugar levels. Failure to do so would lead to a ‘severe hypo’, which is a seizure, followed by falling into a coma. The only way to arrest this life-threatening situation is for another person to inject him with a Glucagon needle, which Stephen must always carry around with him.”

Following their return home from RCH, the family was forced to adopt a regular daily routine. “At breakfast, lunch and dinner time, Stephen needs to take blood-sugar readings, followed by insulin shots with short-term effectiveness,” Neil explains. “The dosages can vary according to his sugar levels. If they are too high, he receives more insulin to allow his body to turn food into energy in a natural way.

In addition, he must eat every two hours, and ensure that he gets at least three servings of carbohydrates with his main meals, the servings based in proportion to his body weight.”

But the complicated routine by no means ends there. “Before bedtime, he receives a fourth, longer-lasting injection which should, in theory, last until the following morning,” Vivian says. “If, however, his levels are out of sync, and there is a danger of him having a hypo during the night, we will get up at two in the morning, take another reading and, if necessary, wake him and give him something to eat.”

Having spent months slowly coming to terms with this unwelcome intruder, a further unpleasant surprise awaited the family when Andrew, Stephen’s older brother by four years, was also diagnosed.

Recognising the symptoms wasn’t the problem this time.

Recognising the symptoms wasn’t the problem this time. It was more Andrew’s refusal to accept that he, too, could be burdened with the dreaded illness. “When my parents asked me to have a finger prick, I refused,” he says. “I didn’t want to face the reality that I might also have the disease. In the end, Dad had to resort to force to hold me down while Mum extracted a blood sample from my finger.” The resultant reading of 27.4 eliminated any doubt.

The family once again rushed to RCH. By the time Andrew returned home one week later, he too needed to adjust his lifestyle. “Having to monitor your blood sugar levels every few hours is not so bad. It’s the unpredictable and inconsistent nature of the beast that makes it so frustrating,” Andrew says, preparing to take his evening injection. “Despite our constant and careful management, the levels can rise and fall for no apparent reason.”

What made it especially difficult for the family to accept their fate was the fact that there had been no previous history of the disease in Neil’s or Vivian’s families.

Statistics from the Juvenile Diabetes Research Foundation show that around one in 700 children in Australia has type 1 diabetes. “Yet for us, the numbers are much simpler: two out of two,” Neil muses. “I wouldn’t mind being blessed with the same odds when buying a Lotto ticket.”

What is known is that the condition is not brought on by obesity, lack of exercise or eating too much junk food

Despite the challenges, the brothers have shown great courage in adjusting to the demands of juvenile diabetes. At school, they excel academically. Both boys are also honing their musical talents, and Andrew played a lead role in his school’s musical production this year. “We try to ensure that friends, teachers and other parents are aware of the boys’ situation and know how to provide assistance if necessary,” Vivian says. “Each boy always carries an emergency kit consisting of jelly beans, biscuits and a special Glucagon syringe in case of a hypo.

But no matter what precautions you take, it’s still a precarious situation. Immediate family and friends are really great and supportive, but the majority of people don’t really understand what we go through, and the reason for our concerns.”

Scientists are still baffled as to the exact cause of the disease. Auto-immune, genetic and environmental issues are believed to be involved. What is known is that the condition is not brought on by obesity, lack of exercise or eating too much junk food, as is wrongly assumed by many people.

While researchers are striving to find a cure, it still seems a long way off. One pleasing sign of progress, however, has been the recent introduction of an insulin pump. The pump consists of a small tube that sits under the skin of the abdomen and is attached to a small electronic device that slowly feeds the required amount of insulin into the body over a 24-hour period. Replacing four daily injections, the pump only needs to be re-sited every three days. In addition, it provides greater control over blood glucose levels, allowing for a better quality of life.

“The boys are quite excited at this new concept,” Vivian says. “We have just begun trialling the new pump and, if it’s successful, it would mean a huge relief from their current routine…”

For diabetics, this routine is constant. As well as trying to keep the readings at a healthy level, they also need to be aware of long-term effects they may encounter. “Every three months, the boys attend a clinic at RCH for a regulation check-up to ensure that they are not in danger of suffering from any long-term effects,” Neil says. “These include kidney damage, poor blood circulation in the feet, retinal damage and an increased likelihood of infections.”

In a bid to raise community awareness and funding for medical and research purposes, the family have been active members of the Juvenile Diabetes Research Foundation. Stephen and Andrew acted as official youth ambassadors, appearing at various functions and a number of fundraising events.

“Although diabetes has been around a long time,” Vivian says, “most people know little about the causes, symptoms and effects. One of the first things the boys learnt was that it is nothing to be ashamed of – it can be managed.”

On July 1st 2019, the Juvenile Diabetes Research Foundation launched its One Walk fundraiser to help continue research into Type 1 Diabetes.