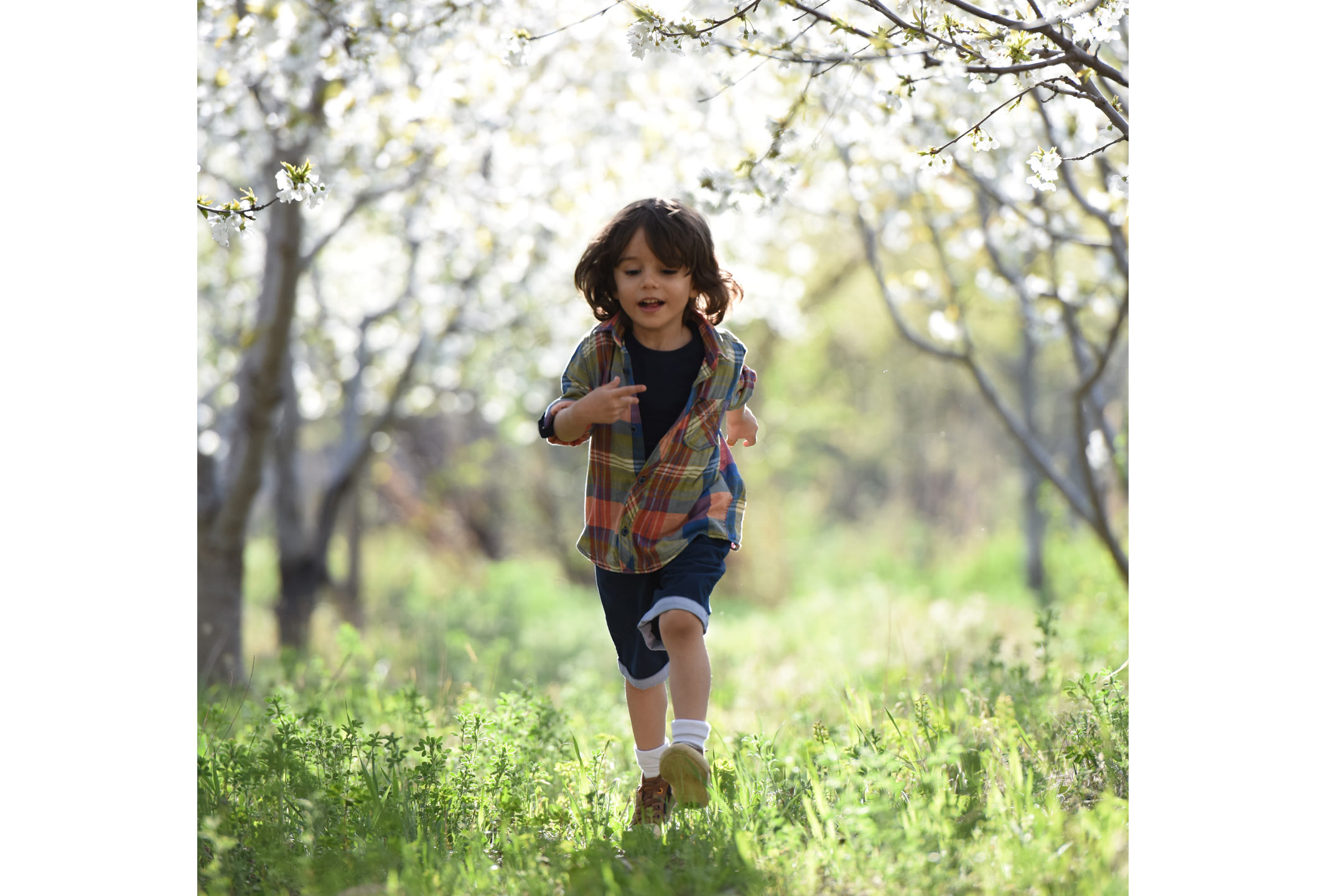 Dr Sam Tormey reports on a disease commonly associated with older people, but which can occur in children.

Andrew was limping, but nobody could remember how or when he had hurt himself, and it wasn’t the first time his mum had noticed him walking with difficulty. There were other things, too – he was having daytime naps again and not running around as much as the other kids. It was almost as if the very active three-and-a-half-year-old was regressing to toddlerhood. 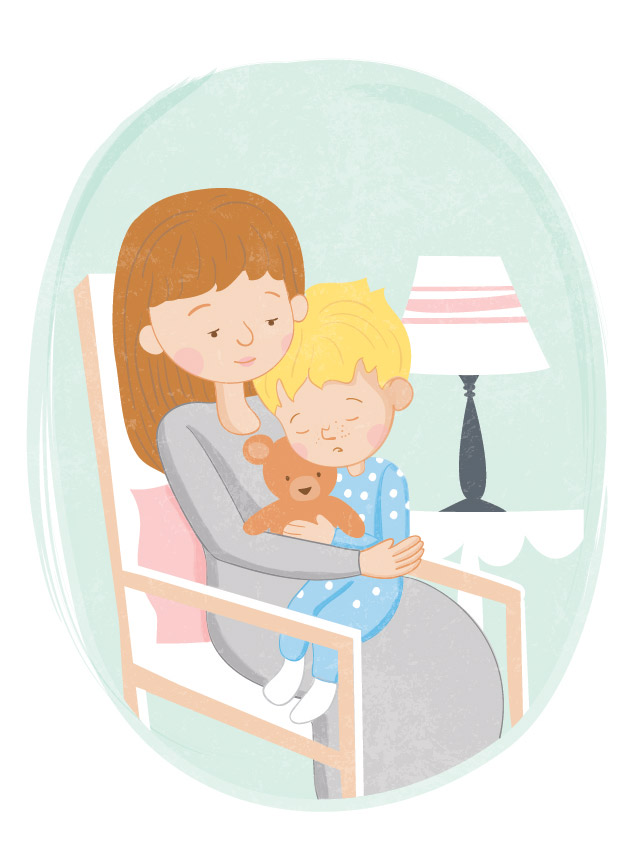 Some nights he would wake up complaining, other nights he would be screaming in pain. Sometimes the pain seemed to be in his legs; other times it seemed all over. He would point to his left ankle, which on bad days looked red and swollen. After multiple visits to the GP and diagnoses of sprains, viral illnesses and growing pains, a physiotherapist noticed something wrong with Andrew’s left ankle that could not be explained by the usual rough and tumble of childhood.

Everyone was waking up to his cries and screams, but nobody knew how to help.

Andrew’s family were no strangers to doctors’ surgeries and hospitals. One of their children had battled cancer, and Andrew had been in hospital with Q fever (Coxiella burnetii) when he was 14 months old. His parents already knew what it was like to live in a diagnostic limbo where doctors explained that a life-threatening illness such as cancer might be causing the symptoms, but nobody could know for sure just yet. Further tests revealed Andrew was suffering from arthritis, or more specifically, juvenile idiopathic arthritis.

The diagnosis came as a great relief to Andrew’s mum. Like many parents in her situation, the worst times were before the diagnosis was made, when uncertainty bred apprehension and fear. When the doctors are worried, but can’t pin down a diagnosis, it’s pretty hard to reassure your child everything is going to be all right. According to Andrew’s mum, the whole family was sleep deprived and worried; everyone was waking up to his cries and screams, but nobody knew how to help. His parents recall many long nights of worry, rubbing Andrew’s legs and giving him painkillers, yet again.

We just don’t appreciate that children can have the same sort of crippling pain and stiffness common in older adults. Imagine being too stiff to get out of bed in the morning; having to take time off school when the weather changes, because your knees are too sore to walk, or your hands too stiff to open a door or write your name; or being unable to go to the school sports carnival for fear you will spend the next two weeks in bed. Having an ‘old person’ illness associated with wear and tear, walking sticks, crutches and walking frames, is part of the burden carried by children with arthritis.

Fortunately, juvenile arthritis is not a common illness. Many children will experience joint and bone pains from time to time, but fewer than one per cent will develop juvenile arthritis, which is defined as pain or swelling in one or more joints for more than six weeks. While there are many types of childhood arthritis, it is believed most are autoimmune illnesses. Our immune system is triggered to attack the tissues that line our joints, causing pain and swelling inside the joint. In some cases, this can be triggered by infection, and Andrew’s family still wonders whether Q fever started the process.

Other families, like my own, are genetically predisposed to various types of arthritis.

Both my sisters had mild juvenile arthritis in their knees, which would swell up quite dramatically if they ran too much. Often, juvenile arthritis appears out of the blue, but continual inflammation over time can severely damage the joints and bones on either side. This can lead to problems with skeletal growth, weakness and deformity at the joint, chronic pain, and perhaps most importantly, loss of function.

Andrew now sees a rheumatologist regularly and takes anti-inflammatory medication every day. Over the past two years, it has become clear he has the most common form of juvenile arthritis, with only a couple of affected joints that generally behave themselves if he takes his medication regularly. Soon after his diagnosis, Andrew was due to receive an injection of steroids into his most swollen joint, as the paracetamol and ibuprofen he was taking were not doing the job. Fortunately, switching to a stronger anti-inflammatory medicine worked so well he has not needed steroids. Andrew can now do everything he wants to but knows that if he misses his medicine he will be sore the next day. This summer he will reduce his dosage to see whether he can get by with less. He has a good chance of being in full remission by adulthood.

The muscles and tendons around affected joints can become inflamed and painful. Collateral damage from the autoimmune process can also cause inflammation of other tissues, including those of the heart, lungs and eyes, and Andrew has a special eye check-up every year. In extreme cases, there can be inflammation in the whole body, with fevers, severe aches and pains and unusual skin rashes. These children often need more-powerful medications, which can have serious side effects, and spend more time in hospital and even undergo surgery to correct deformities in their joints. Over the past two decades, anti-rheumatic drugs developed for adult arthritis have been successfully used for juvenile arthritis.

It is important for all children with juvenile arthritis to stay physically active within the constraints of their illness. Flares of pain and swelling can be triggered by overactivity, weather changes, infections (especially gastroenteritis) and changes in medication. For Andrew, the first sign of a flare is his mood. Just after a recent bout of diarrhoea, his mum noticed the usual signs of trouble: their bright and happy son became snappy and irritable, wanted a daytime nap and woke with sore legs during the night. This time, the flare might have been triggered by the infection itself or because the medication was not being absorbed due to the diarrhoea.

Andrew’s story will be familiar to other families with an affected child. Juvenile arthritis often strikes before the age of four, which means it can be difficult to establish exactly what is causing distress and pain. Many symptoms of flares may be passed off as other, less-serious illnesses, and it can take months or years before they are recognised as juvenile arthritis. Sometimes blood tests, X-rays or bone scans can help confirm the diagnosis, but often all it takes is a thoughtful health professional, such as Andrew’s physiotherapist.

The prognosis for most children with juvenile arthritis is generally good.

Apart from medications, physiotherapy to help mobilise affected joints and strengthen the muscles around them can help a great deal. Most children will be able to manage arthritis during childhood and the condition won’t persist into adulthood.

If your child has regular aches and pains in their joints or muscles, try to keep a diary of which body parts are sore, and for how long, so you can show their doctor. Does your child limp or not use their arm? Is there any pattern to the aches and pains? Do they get a fever or rash with the joint pains? Do any of the sore areas seem to be swollen? Most children will have some of these symptoms from time to time, but if it seems to be happening regularly, see a doctor. Early diagnosis leads to better management of the condition.

Sam Tormey is a doctor who works in emergency medicine and general practice.

More information can be found at Health Direct

See also: Why early diagnosis of Juvenile Arthritis should be fully supported