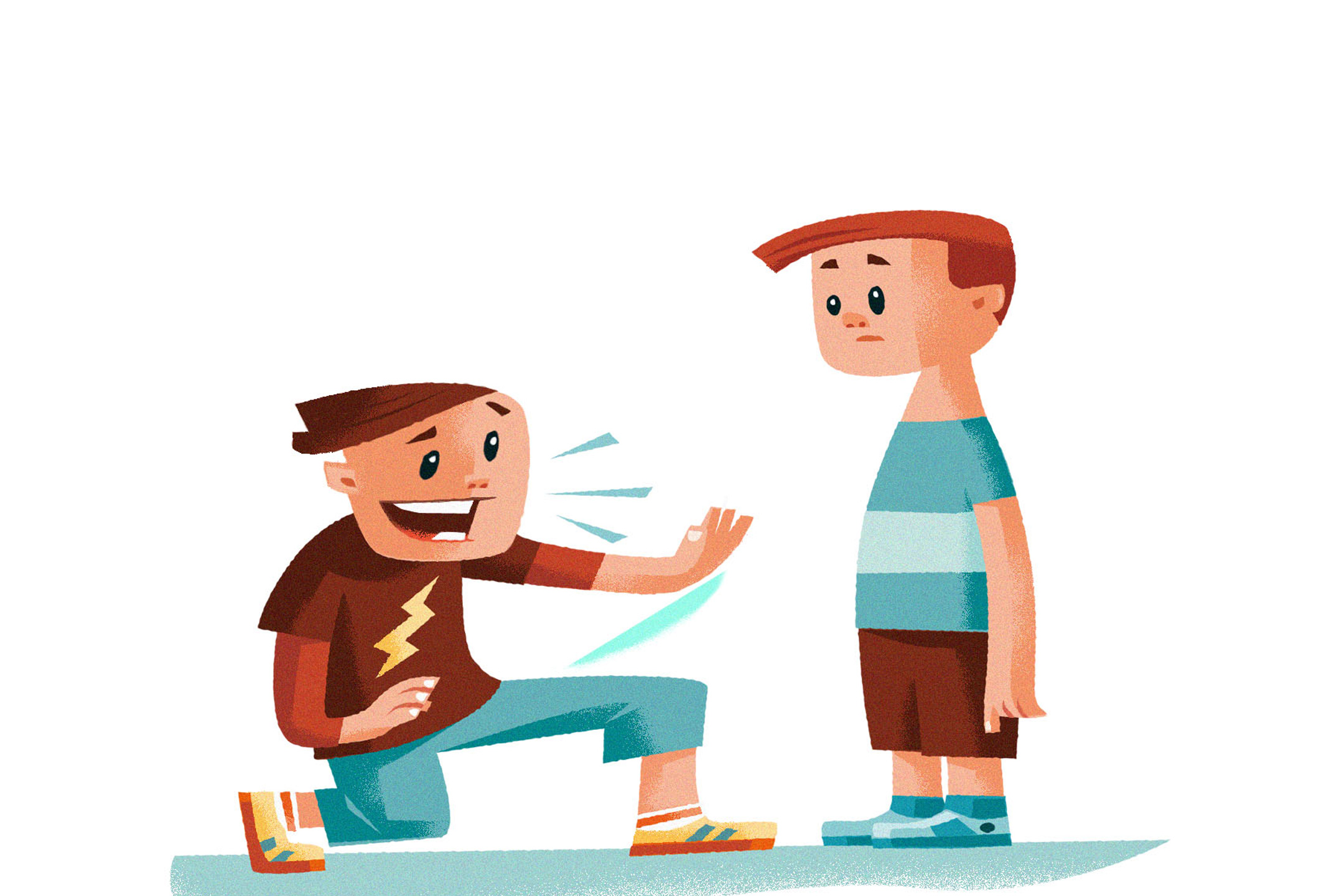 Posted at 09:22h in Editors Picks, Inspire by admin

Jenny Wilbow finds that as her son is getting older, managing aspects of Asperger’s syndrome is getting easier. 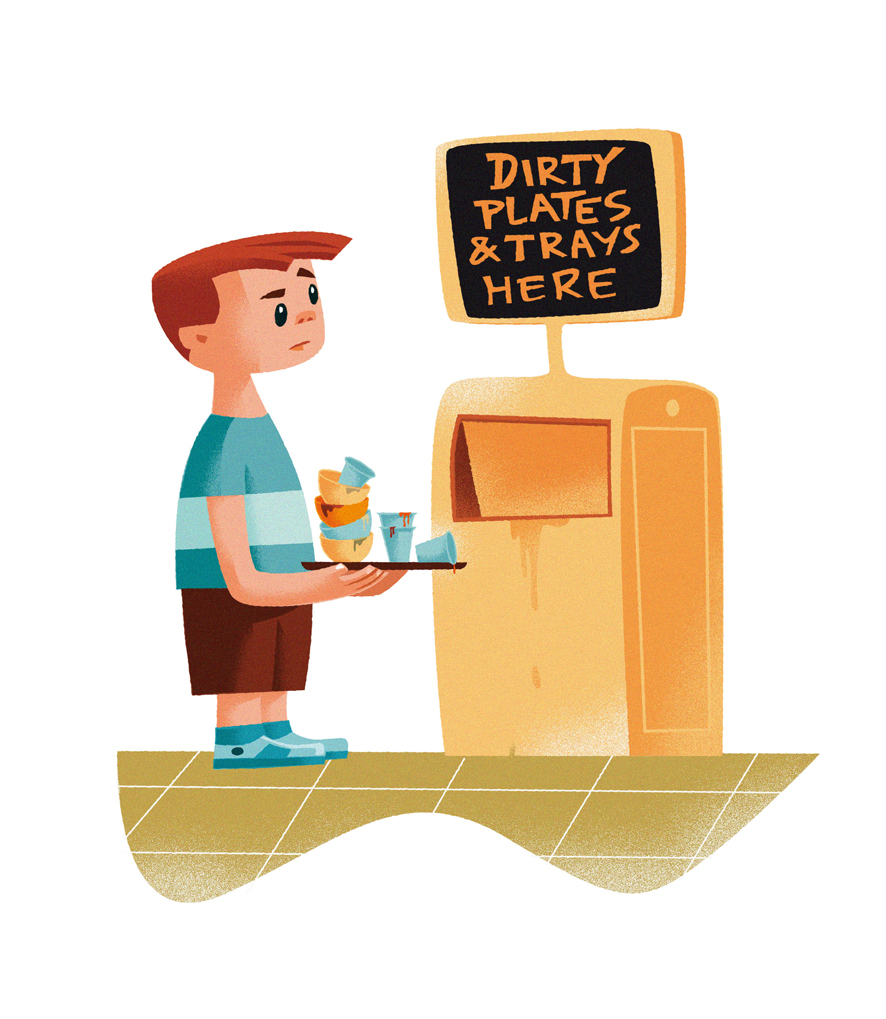 The sign said quite simply, “Dirty Plates and Trays Here”. We were at one of those dreary self-service cafeterias en route home after a long day-trip. With the kids’ hunger temporarily satisfied, I’d asked my 10-year-old son Jackson to take our tray to the disposal point. He trotted off towards the sign and then hesitated, hovered and turned towards me, making all kinds of gesticulations. He returned, tripping over himself, still clutching the dirty crockery, but with the tray gone. “But Mum,” he said in his usual agitated state, “That sign says ‘plates and trays’ and these are bowls and cups!”

There have been many instances of this kind of literal interpretation of language – a hallmark of Asperger’s syndrome – from my son, but this one struck me as particularly hilarious. Yet again, Jackson had won on a technicality. He eventually accepted my explanation that in this case bowls and cups would be included, but he was not happy about it and probably not totally convinced.

One of the most exhausting aspects is the seemingly innocuous act of having a conversation.

Living with my son is not easy. To be honest, a lot of the time it is downright ‘hard yakka’. And the hard-yakka part is not always clearly visible or understandable to outside parties. One of the most exhausting aspects is the seemingly innocuous act of having a conversation. Another is the lack of empathy those with Asperger’s display.

For example, on witnessing a toddler fall over quite hard at a playground, my son said to me as I raced over to help the child, “That wouldn’t have hurt”. “Jackson,” I said firmly to my son after the event, “you need to learn to put yourself in someone else’s shoes.” The minute I uttered those words, I knew the inevitable response. He looked at me incredulously and said, “Mum, why would I want to put myself into someone else’s shoes – that’s silly, Mum, and how stinky!”

He can fake it, but that is what he should say.

Time has passed, and my son now knows that ‘the rule’ when seeing someone hurt, is to ask, “Are you OK?” He doesn’t have to really want to know, he doesn’t have to feel anything. He can fake it, but that is what he should say. I’ve helped Jackson build up a repertoire of socially acceptable responses that he can use in various situations.

Take the power of the expression, ‘Oh,’ for example. A neuro-typical person would take this utterance for granted. It’s the response we give to acknowledge a preceding statement and to indicate we’ve heard the information and processed it; the response we give when there’s nothing really to add to what’s been said.

For the ‘Aspie’, it’s a lifesaver – well, at least a social-situation crisis averter. So, if a boy at school says to Jackson, ‘I went to the skateboard park with my dad on the weekend,’ Jackson now knows to give a simple ‘Oh’ as a response, so the boy knows he’s been heard and acknowledged.

This was a real breakthrough for my son because it marked his first steps towards having a conversation with peers at school. Before, he would have said nothing, on the correct, but not socially acceptable, assumption that there’s nothing he needs to say in response. A friend of mine passed on a great tip recently, adding that ‘Oh’ could be upgraded to ‘Cool’ as an age-appropriate acknowledgement.

The escalating irritation and exasperation in my voice is lost on him in…situations.

Paucity of response is not the problem on the home front, however. Quite the opposite. Too much is said, and all of it, unfortunately for our relationship, at the wrong time. This is the ‘pressure-cooker effect’, a psychologist once told me, born of the anxiety of conversing with the outside world because it is confusing and confronting. We at home, being known entities whose responses can be safely gauged, cop the constant barrage of pent-up detail and information Jackson really wants to be saying to the outside world. “Mum, did you know that the world record for a 95-year-old in a 100-metre running race is 22.04 seconds? And did you know the Under 10 State record for discus is 43.2 metres?” He tends to try to force me to hear these details when I am avoiding a collision with a semi-trailer, or while my other two children are screaming and hitting each other in the back seat of the car. The escalating irritation and exasperation in my voice is lost on him in these situations.

The most effective tool in managing Asperger’s may come as a surprise: maturity. My son is getting older and experiencing more simply by living each day in a social world, which effectively builds up a store of social experiences and knowledge that is helping him with future responses and interactions. Also, from the start, I adopted an open-door policy with Jackson – he knows and has known since his diagnosis at six years of age, that he is an Asperger’s syndrome personality type. He knows what this means, and how it affects him and others around him.

“Was that an Aspie thing to say, Mum?”

Now, when he says something within the confines of the family that’s inappropriate, obscure or just downright eccentric, it’s not unusual for him to say to me with a glint in his eye, “Was that an Aspie thing to say, Mum?” “Sure was,” I respond. “A totally Aspie thing to say.” And I can’t help but smile, because it affirms that my son is on the right track and that my husband and I can take comfort that all our hard yakka is paying off. Most importantly, it shows he’s developing self-awareness and humour, both vital traits in ensuring the growth of a happy, resilient individual. Yes, the future is looking very bright for Jackson.