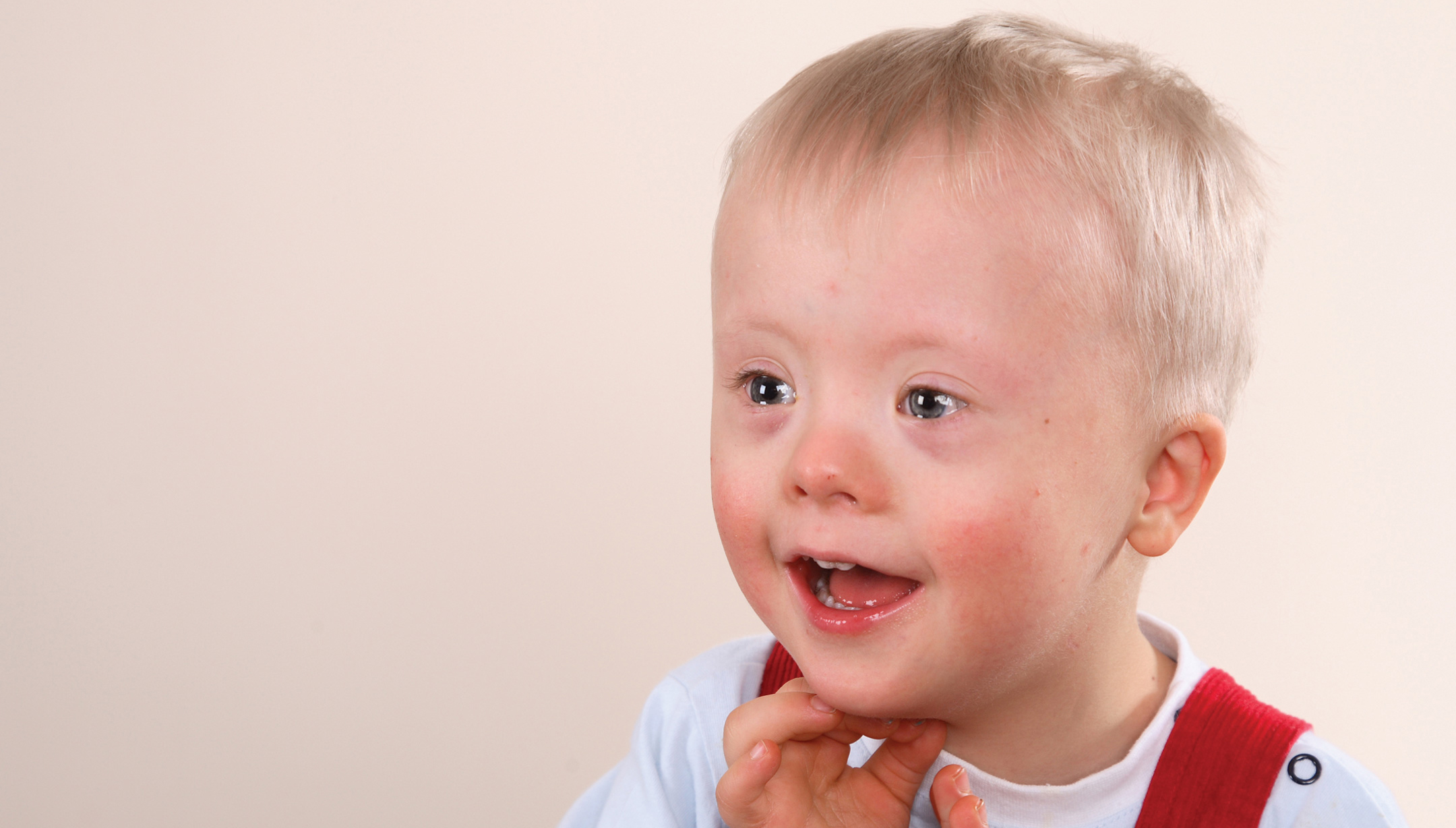 Posted at 09:52h in Editors Picks, Inspire by admin

Diane T writes about her twins, one of whom has Down syndrome. They have a unique bond and they complement each other so well.

For a few hours, I was just like any other first-time mother – exhausted, elated, overwhelmed and very much in love with my newly born twins.

My pregnancy had been uneventful and, once I knew that I was carrying twins, my greatest fear had been that they would be born prematurely, with the inherent risks of that outcome. Not for a second did I entertain the prospect that either of my children would be born with an abnormality. So, when the paediatrician told me, some hours after their birth, that he suspected that my son Harry had Down syndrome, my world changed forever. The little boy with his perfect little face and chubby hands, who had warmed my heart instantly just a short while before, was suddenly the cause of the worst heartache I had ever experienced.

I now know that I was in mourning.

Over the following days and weeks, I fell into a dark hole. My husband fell with me and, together, I think we felt every human emotion possible at that time. The physical demands of nursing twins, coupled with the emotional turmoil, were absolutely exhausting. I just wanted to retreat into my own world. I did not want to see or talk to anyone. I tried to shun the outside world. Seeing all of the smiling parents displaying balloons and bouquets with well-wishers aplenty was too much to bear. I felt cheated. I now know that I was in mourning.

The darkness that was with me every day in those first months was my response to dealing with the realisation that the son we dreamed of having was gone forever. My son had Down syndrome and he would have it for the rest of his life. I had to embark on a journey I did not believe I was equipped for, and negotiate a road I never dreamt I would have to travel along. As dark as those times were, my maternal instincts never wavered. While I was distressed in those early weeks, when I snuggled up to Harry or stroked his cheek, somehow I knew that things would work out.

Thinking and writing about that time two-and-a-half years ago is like opening a wound that has only just healed. Thankfully, I don’t think about it often now. I am too busy enjoying my two very active toddlers and all of what their world entails. Both Harry and Louisa are shining lights in our lives. 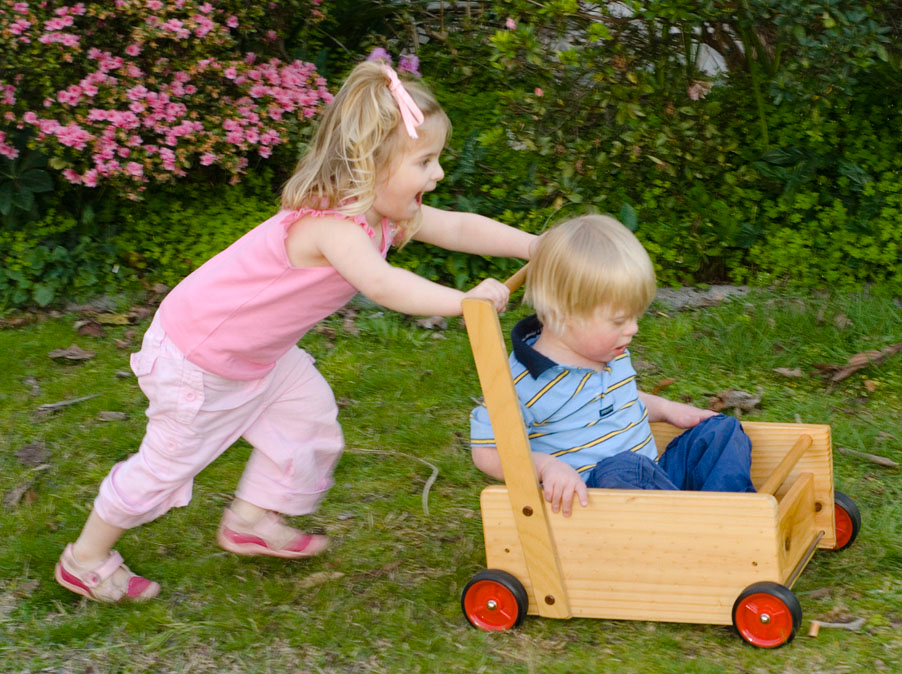 I often wonder if she knows that Harry is different

In those early days, people would often say to me that we do not choose our children; they choose us. When I think of Harry’s twin sister, Louisa, I think that Harry must have chosen her as well. Louisa seems to have an understanding and empathy well beyond her years.

She is so in tune with her brother and his needs, and it is beautiful to watch their relationship develop. She is very patient, and will often show and explain things to Harry. Harry responds so well to Louisa. I often wonder if she knows that Harry is different; I suspect that on some level she does.

Harry is no more reliant on his sister than she is on him.

Raising twins is challenging. Add Harry’s needs, and the situation becomes even more complex. While Harry has reached most milestones within a relatively ‘normal’ timeframe and remains a healthy little boy, he does require ongoing early intervention and therapy sessions. I am acutely aware of the extra demands on my time and at the forefront of my mind is always the impact of Harry’s additional needs on Louisa. I used to believe that Louisa might feel unnecessarily burdened by Harry’s dependence on her, but, over time, I can clearly see that they need each other. Harry is no more reliant on his sister than she is on him. They have a unique bond and complement each other so well. Louisa may be the teacher and the motherly, caring sister, but when it comes to adventure and exploration, Harry leads the way. He is the risk-taker in their relationship and will boldly lead Louisa into dark places in the garden, introduce her to some friendly spiders, challenge her to climb higher and is the one who makes her laugh more than anyone else.

Harry has taught me to not take things for granted.

It is often said that we are all afraid of the unknown. It takes courage, resilience, good support and, most importantly, strong self-belief to deal with the unpredictable twists and turns of life. On that first night, I never thought that I would have the strength to handle the challenges that come with raising a child with Down syndrome. I now know that I do. I have come to realise that there is no point in dwelling on negatives. It is clearly a waste of energy. Harry has taught me to not take things for granted. He and his sister have shown me the true meaning of unconditional love and to look beyond the obvious and discover things you would not have noticed before. You could say that things have a way of turning out. That is not to say that life with Harry has been an easy ride. I still have moments when I think about what Harry would be like as a ‘regular’ child. Would he still have that amazing ability to be able to light up a room with his smile and zest for life?

A few lines from ‘The Creed of Babies with Down Syndrome’ by Sharon Sodarno, sums up my feelings well: “That love is acceptance, it must come from the heart. We all have the same purpose, though not the same start. The Lord gave me life to live and embrace, and I’II do it as you do, but at my own pace.”