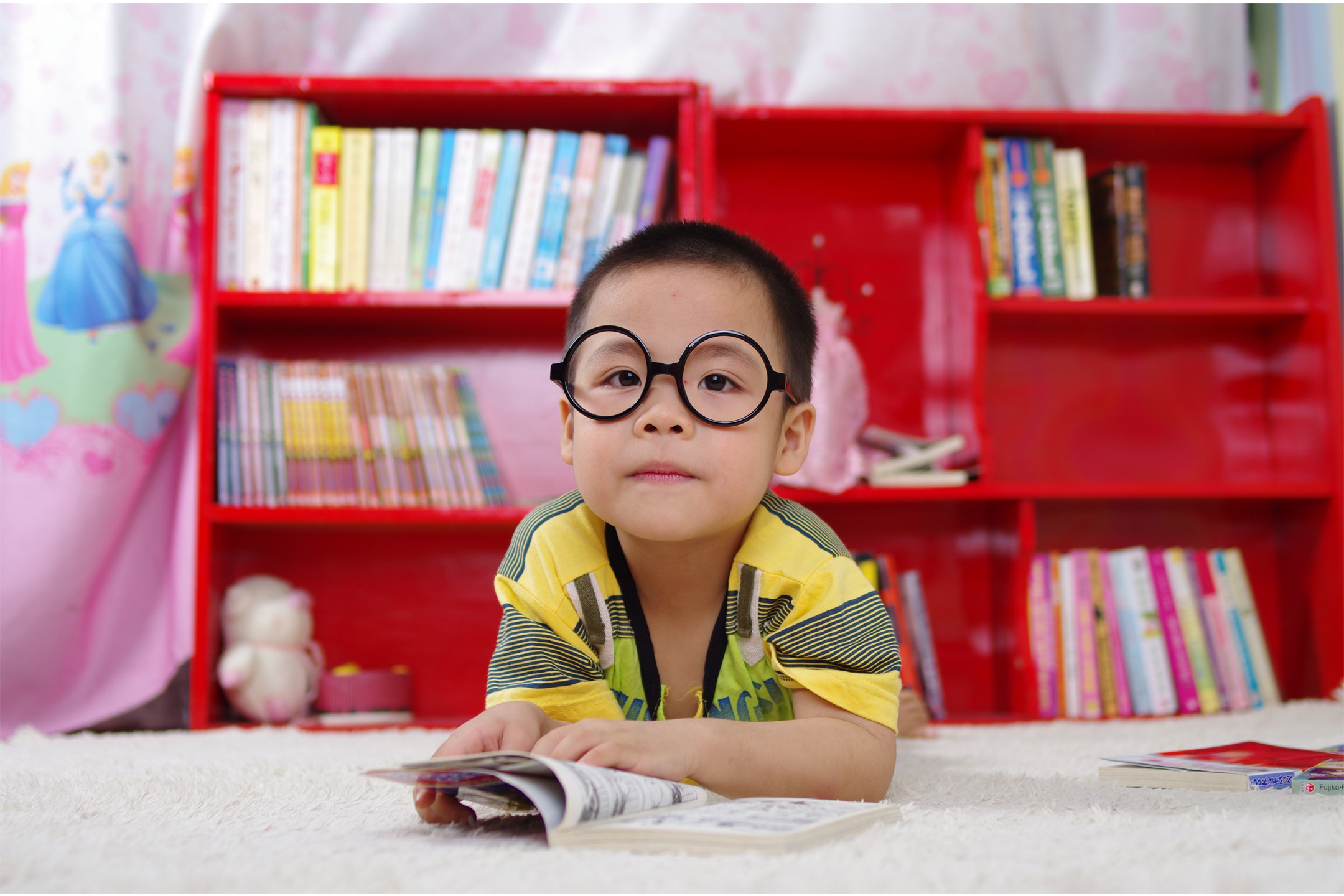 17 Jul Looking at Literacy: Between The Lines

Posted at 09:28h in Editors Picks, Education, Inform by admin

Professor Kevin Wheldall explains that there’s more to learning to read than meets the eye.

Even if a child can read fluently and has a good vocabulary, that is not enough. The child also has to be able to make sense of words in context.

Anyone who has watched a child learn to read has witnessed a small miracle. While learning to talk comes naturally and almost effortlessly, reading is a very different matter. It is a remarkable cultural achievement. While we evolved as talking mammals, we did not evolve as natural readers. We know this because mankind has been literate for only a very short time in our evolutionary history and there are still many cultures today that have never developed a written form of their languages – Maori and Aboriginal languages, for example.

Over the past 30 years or so, scientists who study reading have made enormous progress in increasing our understanding of how children learn to read and how we should teach them so that they learn quickly and easily. Many reading experts today subscribe to what is known as the ‘simple view of reading’.

The simple view argues that in order to be able to read with understanding, children need to master two basic skills or rather, sets of skills.

Simply being able to read the words is not much use at all if you do not understand what the words mean. Similarly, no matter how good your understanding of spoken language, you will not be able to make any sense of written words if you cannot decode them properly.

In 2000, the National Reading Panel in the United States issued a very influential report on how reading works and how it should best be taught. In 2005, our own National Inquiry Into the Teaching of Literacy also published its findings and confirmed the findings of the American report. Both reports argue that in order to be able to read, children need to learn or receive instruction in five major areas that underpin the simple model: phonemic awareness, phonics, fluency, vocabulary and comprehension.

The first two, phonemic awareness and phonics, are the keys to successful decoding.

Phonemic awareness simply means the ability to break up words into their component sounds (what we call segmenting) and also being able to combine sounds into words (known as blending). We are referring only to spoken language here, not written language – that comes later. So, I might ask young children to tell me the sounds in ‘cat’ (one child said miaow!) and would expect them to be able to say: ‘kuh-a-tuh’. Or I might ask what word I get if I put a ‘duh’ sound in front of ‘og’ (‘dog’).

This might sound painfully obvious to an adult, but children aged under five often find this quite difficult, tending to regard words as whole units and being incapable of breaking them up into component sounds. However, research has shown that it is a critical step in learning to read. Parents can help their children to develop good phonemic awareness by playing with rhymes and sounds, reading the wonderful Dr Seuss books for example, or by playing ‘I-spy’ but using sounds instead of letter names (I spy with my little eye something beginning with ‘tuh’).

Being able to segment and blend sounds is vital to learning phonics.

For many years phonics was an F word in educational circles, and teachers who used phonics were rudely called ‘phonicators’ by some critics! Thankfully, the wheel has turned and phonics is back in business, this time with strong scientific support. Phonics simply means being able to associate the sounds of letters with their written form, known as the alphabetic principle. So, going back to the children who can break the word cat into kuh-a-tuh, we now need to teach them that the letter C says ‘kuh’, the letter A says ‘a’, and the letter T says ‘tuh’.

Once children have mastered the common sounds of each letter, and if they can segment and blend these sounds, then they can begin to read and spell simple – what we call phonically regular – words. Knowledge of phonics is a remarkable gift because it allows a child to decode a very large number of words for themselves by sounding them out. After encountering and sounding out a word like this a number of times (and the number of times required varies among children), the child slowly comes to recognise the whole word by sight, without having to sound it out any more and it is added to their internal store of ‘sight words’.

All words contain some phonic clues

Of course, there are some words that are difficult to sound out (for example, yacht) and these have to be learned as sight words right from the start. It should be acknowledged, however, that very few words are what we might call phonically opaque; all words contain some phonic clues. Even an irregular word such as ‘yacht’ contains straightforward phonic clues about the first and last sounds. So, it makes sense to teach children phonics ‘first and fast’.

To be a skilled reader, fluency is also essential.

But being able to decode the words on the page using phonics and a bank of sight words is not the end of the story, even if this is done with great accuracy. The child could be just ‘barking at print’ and not understanding what has been read. To be a skilled reader, fluency is also essential. We have all heard the painful, laboured staccato reading of beginning or poor readers, sounding like one of Dr Who’s daleks on Mogadon.

To read with understanding, a child needs to be able to read accurately, quickly and with expression. If a child reads accurately but very slowly, stumbling over nearly every word, then they are likely to be using so much mental capacity to decode the words that there is little left over for understanding them as well. Moreover, if it takes a long time to get to the end of a sentence, then the child might have forgotten the first part of it by the time they get to the end. This is why there is an increasing emphasis on reading fluency these days. The goal is automaticity – effortless, rapid and accurate decoding of words.

Children with poor vocabularies will always struggle to understand what they are reading.

However, even fluent decoding is not enough to achieve reading comprehension if children have little or no knowledge of the meaning of the words they are reading. Try reading this sentence: The sprug is chabbing the proot. You can doubtless read it fluently but you will have little clue as to what it means because you do not know the meaning of the words ‘sprug’, ‘chab’ or ‘proot’ (and neither do I because I made them up). Children with poor vocabularies will always struggle to understand what they are reading.

This means that parents and teachers need to work hard to help their children acquire a large vocabulary of spoken words so that when they meet the words in print they will know what they mean. Of course, once they can read reasonably well, they will start to acquire an even greater vocabulary because many words we meet in print are not often used in everyday conversation.

This brings us to the fifth and final component of successful reading – comprehension.

Even if a child can read fluently and has a good vocabulary, that is not enough. The child also has to be able to make sense of words in context. Take the sentence ‘The boy was kissed by the girl’. The child can read all of the words fluently and knows the meaning of boy, girl and kiss (as well as was, the and by) but they will not know who is doing the kissing if they do not understand (even implicitly) that this sentence is being expressed in the passive voice and so it is the girl who is doing the kissing.

Sometimes, parents and teachers make the mistake of believing that a child is going to be able to read and understand a sentence or story even when the child could not understand it if it was read aloud to them. Listening comprehension effectively sets the limits of reading comprehension regardless of how well a child may be able to decode. As well as understanding how sentence forms work, readers also need to know how sentences relate to each other and to make use of their knowledge about the world and how it works – what we sometimes call general knowledge.

Putting all of these five key components together is what makes the simple model of reading so complicated. It is superficially simple, but for children to be able to read they have to carry out these multiple skills simultaneously. This is what makes the skilled behaviour of a child reading seem like a small miracle.

This article first appeared in CHILD Magazines and has been edited for the web.