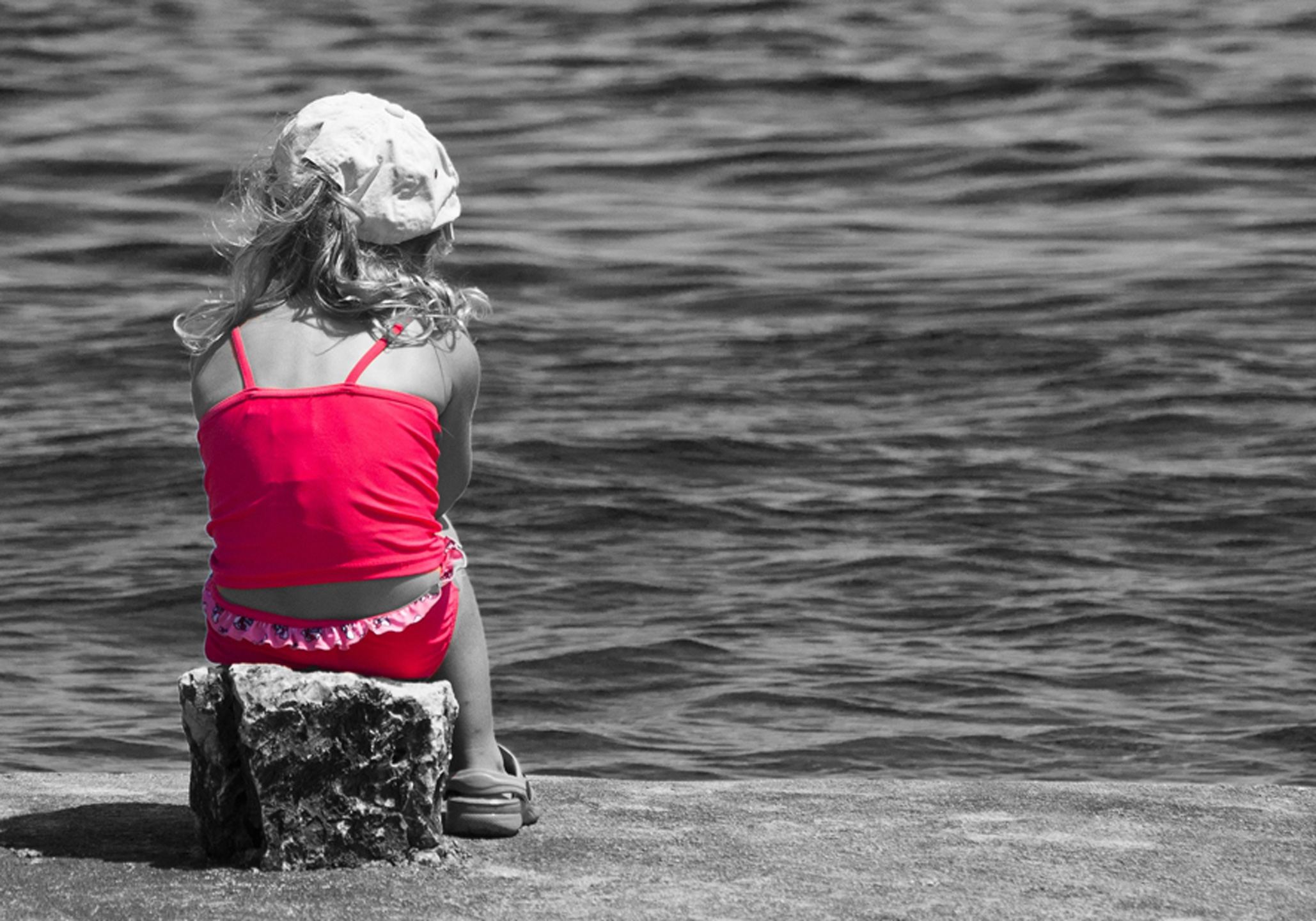 Posted at 18:26h in Inform, Mental Health by admin

How do you cope as a family when a parent dies? One dad shares his story, plus advice on how to help a grieving child.

“Nobody knows how I feel, Dad,” my teary-eyed little girl uttered to me as I put her to bed one evening.

Amelia’s mum, Rose, had died tragically and unexpectedly from an undiagnosed heart condition a few years earlier at the age of just 40. My daughter and I were there when she collapsed and then died in hospital 12 days later. Can you imagine coming home, sitting your five-year-old down and telling her she will never see her mum again?

Amelia was seeing a social worker for her grief on a regular basis, but it didn’t seem very effective. As a parent, I wasn’t sure what else to do. My attempt at counselling, where I inappropriately made reference to children with divorced parents, was shot down by a then eight-year-old Amelia telling me, “Yes Dad, but they still get to see their parents. I’ll never even have a chance to just say the word ‘Mum’ again.” That ripped my heart out and I knew I needed to do something. The counsellor gave us the details of a service for bereaved children called The National Centre for Childhood Grief, or as it’s better known, A Friend’s Place. I love that name. If Amelia didn’t want people to know that she was receiving counselling she would say, “I’m going to a friend’s place”.

The centre is run by clinical directors Mal and Di McKissock, and the most wonderfully professional and caring group of qualified counsellors, who are mostly volunteers. When I went in for a private interview,
I was expecting a sterile office building, but the centre was a simple, yet elegant home in a quiet residential street in Eastwood, Sydney. An unassuming house with no identifying signs, it acknowledges that grieving people don’t want attention drawn to them. Amelia had individual counselling first, and later when I told her she had been given a place in a support group, the brightest smile you could imagine emerged from an otherwise withdrawn child.

Amelia’s first meeting with other children from the centre was at Colour Me Mine in Crows Nest. I was nervous for her, as she’s a shy child and was desperately hoping to meet new friends. At the same time, I realised I’d be meeting adults who had been through the same loss as me. The kids had a wonderful afternoon of plate painting and cup decorating, while the adults got to know each other over coffee. At one point, I looked over and saw my little girl happily painting and in deep conversation with a child sitting opposite a simple image I’ve never forgotten. She’d found a safe place to talk with others about her grief.

We visited the centre for two hours every fortnight, where Amelia was part of a group of 10 children cared for by five adults, while parents joined their own support group, facilitated by a psychologist. Heartbreak and triumphs were shared in both groups as everybody learned how to build a life around the pain of grief. I didn’t realise how much I needed to be with a group of people who shared the same loss until that first group meeting.

There were many days where the tissue boxes ran empty, and others where raucous laughter was heard coming from the adults. These people helped me get through the toughest time of my life. We would ask advice about which approach to take with our sons or daughters on a particular issue, and more often than not, someone in the group would have a solution from their own experiences. A huge variety of topics was discussed ranging from, ‘How to discuss puberty with my opposite-sex child’ and ‘How to maintain boundaries when my energy is so low’, to ‘Should I get a pet for my grieving child?’ and ‘What happens if the parent finds a new partner?’.

While we were busy solving the world’s problems, the children were in another room with their five counsellors: all simply amazing human beings. Confidentiality was respected, but parents were always acknowledged as the most important part of the child’s support team, and we were able to ask questions about anything that concerned or interested us. Each trip home, I would ask Amelia what they had done, and she would usually be excited to tell me, but I never prodded. I knew she was in safe hands and completely trusted the counselling team with my precious child.

Each visit was themed with different activities, with the aim of helping children learn how to control their grief rather than it controlling them. The activities helped them to use memories in magical ways to remain connected to the parent who died, as well as their living parent. The process was always more important than the product they produced. Additional activities away from the centre included a four-wheel-drive adventure day, separate boys’ and girls’ adventure weekends, picnics, theatre performances, and end-of-term and end-of-year parties. There was an important purpose for everything – bonding, remembering, growing up and developing resilience.

After four years of regular visits, Amelia told me she thought it was time for her to move on. It coincided with the start of high school and the social and educational aspects that go along with that new phase in a young child’s life. I really didn’t want to leave, but I knew it was time. Mal, Di and the other counsellors had given my little girl the strength and confidence to face the world, even after such a catastrophic start to life. There’s always a special graduation ceremony to farewell a child and acknowledge all they mean to everyone at the centre. I know lots of warm tears flowed the night Amelia and I said goodbye to the people who had become very special friends.

Amelia is now 17 and we still keep in contact as the need arises, and to send regular updates to Di about Amelia’s progress into womanhood. I now imagine with warmth and pride the wonderful mother Amelia will be someday to her own children.

For more information or to support A Friend’s Place (National Centre of Childhood Grief) go to childhoodgrief.org.au

see also 10 Helpful Ideas on How to Help Grieving Child