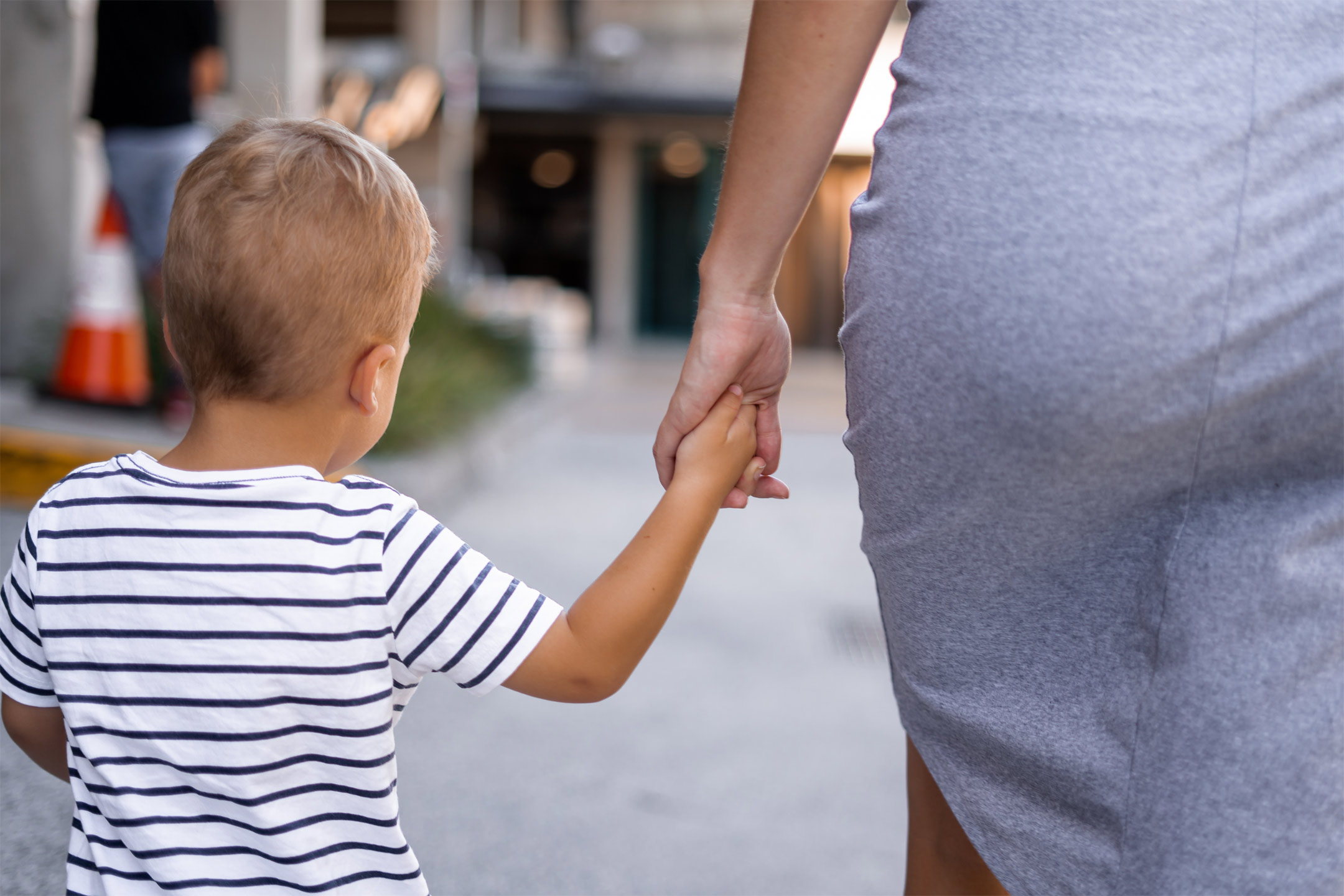 Posted at 13:31h in Editors Picks, Inform by admin

Among the almost one in four Australian families that only contain one parent is a small group who have been through a particular kind of hell: widowed parents of young children, writes Klay Lamprell.

“It’s coming up to a year and I’m just starting to wake up without feeling nauseous.”

So says Antoinette Masters*, whose husband was 35 and seemingly fit when he collapsed on a soccer field from coronary artery disease. Their eldest daughter was five and their youngest was four months old. “In the past couple of weeks, I’ve noticed that I don’t mind getting out of bed. Before that, I pushed myself because of the children. I had to prove to them they are safe with me and that I know what to do for them. I even took my eldest daughter to the doctor because she was petrified that I was going to die as well and she would have to look after her sister by herself. I had the doctor tell her I was fine.”

Antoinette says that she became a “tough woman” for the first time in her life. “My husband looked after everything – the finances, the house. So when he went, I had no idea what I was doing. I just knew that I had two little girls and survival instinct kicked in. There will never be anything harder though, than telling my daughter her daddy wasn’t coming home. I sat her down the night he died, and I was still in shock myself, and I said, ‘Honey, Mummy has some really sad news. Daddy’s gone to heaven and he’s not coming back. He’s going to watch over us but he won’t be here with us.’ Now she tells me that he is there for her, that I could see him too if I looked with my heart, not my eyes.”

The Australian Centre for Grief and Bereavement, says there are two main guidelines to follow in helping a child manage the death of a parent: be honest and be age-appropriate. “Some people try to protect children from the truth and from feelings that are intense, while others give children the whole works. We would suggest that you only give children as much information as they want, in a way they can understand, and that no subject is taboo. Use whatever framework of beliefs your family operates in, whether that is religious or spiritual or intellectual. The essential thing to remember is that as a child’s level of comprehension expands, they will want to build on the information they have and share new feelings. They need to trust that you will be honest with them.”

It is important to normalise the process of grief. “The idea is to be supported by people you already know and trust so our goal is to help families support themselves. Meeting people through support groups who are going through similar experiences can be a big part of that, especially for children because they are unlikely to find many other children in school or at the park whose parent has died. Death is shocking and tragic, but not abnormal. Grief is a normal response that takes time.”

Tell that to employers says Rob Harding*, a widowed father of three. “Firstly, I think it’s ridiculous that bereavement leave entitlement is two days in most workplaces. My beautiful wife went camping with girlfriends one weekend and on Sunday morning I get a call to say she’s drowned. Our youngest then was two. By the next Thursday, I am supposed to have absorbed the shock, coped with my kids’ pain, called all our family and friends, talked to teachers, re-organised all our schedules, organised childcare, dealt with the nightmare of paperwork and not only planned but had the funeral and wake. That’s what I am supposed to have managed in the two days of my bereavement leave.

“I used up sick leave and holiday leave so I didn’t go back to work for a month after. But then I didn’t have any leave spare for when the kids got sick and when they had their holidays. Not only that, but my employer said my commitment to work seemed to have dropped off and he applied all these performance goals. On a good day, I wanted to laugh out loud at how important he thought work was when I was dealing with the stuff of life – one child having continual nightmares, another getting in trouble at school, and another who was trying to take over the role of mother. On bad days I felt sick with the pressure and totally out of control. I ended up leaving and starting my own business. We’re poorer but happier.”

Sandra Gilliam*, whose husband died of cancer after an 18-month illness, says the combination of financial considerations, loyalty to her employer and a desire to “get on with things” kept her in full-time work long after she should have left. “I had been in the job for years and I was a manager. They were really good to me while Sam was sick, and after he died I thought, ‘Well I’ve just got to work, got to be responsible, got to bring in the money, got to keep my mind busy.’

“About three years on, I realised that dark clouds were forming. I wasn’t doing my job properly, I was crying easily, flying off the handle at the smallest thing the kids did… I was trying to be everything for everyone and doing none of it well. I had postnatal depression after my first baby, and I knew the signs. It was a huge emotional decision for me to leave work but with hindsight, I was disproportionately loyal. I worked hard for them and didn’t owe them anything. It was also a huge financial decision, but it was absolutely the right thing to do. Now the kids are older, and we’re all okay, I’m back working full-time.”

Sandra admits that while she had support “on tap”, she didn’t use it. “I have this incredible local community and I could have asked anything of them, but when you’re someone who thinks they can rule the world with lists, it doesn’t occur to you to ask for help. You really can’t see that you need it. The best way to handle people like me is to take over. Just tell me you’ve made dinner, that you’re taking the kids… Don’t ask me because I’ll say no. And then three years later, when you’re not asking any more, I’ll fall in a heap.”

Terry Falconer* was grateful for the confident support of friends but is still shocked by the attitude of his wife’s family. “Sally had a brain tumour. Our boys were three and five when she was told she would live another year at the most. She said, ‘Bugger that, I’m going to see my boys to their teens’ and she did. She lived another ten years. But I think her family could have handled it better if she’d died sooner. Their support just petered away and now we hardly see them.

“Her friends have gone away also, but that is my fault. She was part of a really close network and they were fantastic. We’d sold our home to pay for the treatments, and our business suffered as I spent less time there, so I couldn’t have afforded full-time care. Her friends had a schedule of who would be at the house with her, who would look after the kids, who would cook. They stayed in touch after but I’m not a great socialiser and the invites have pretty well dried up now. The boys have good friends, and I encourage them to join in lots of things. I think they’re doing fine. But me? I just want Sally back. As the song goes, I’m so lonesome I could die.”

According to Relationships Australia, loneliness is a concern for many single parents, “however, support systems tend to be geared to divorced or separated parents. While there are many similarities in the tasks of raising kids on your own, the death of a partner is a very different change to manage than the separation from a partner through divorce. It’s a different kind of loss that requires different things from us in order to achieve resolution and move on with our lives.”

Antoinette Mastoris recalls being uncomfortable when her friends talked about their relationships. “There was a period of time when I didn’t want to hear about things they’d done as a family or even arguments they’d had. I was bitter because I would have given anything just to have him sitting next to me in his ratty clothes complaining about my coffee. It’s not about passion. It’s about having a laugh with someone and belonging to someone in a different way than you belong to your kids. The loneliness is like a blackout. Your ears hurt because of the silence. You try to open your eyes wider because you feel like you can’t see properly. It’s like your senses are dulled.

“We were together for 14 years and married for nine. Whatever I am, I evolved into because of, and with him. My sense of identity was wrapped up in being a parent with him and a partner to him. I’m having to become someone else. That’s not bad. It’s just hard.”

~Bereavement counselling and support groups for adults, children and families