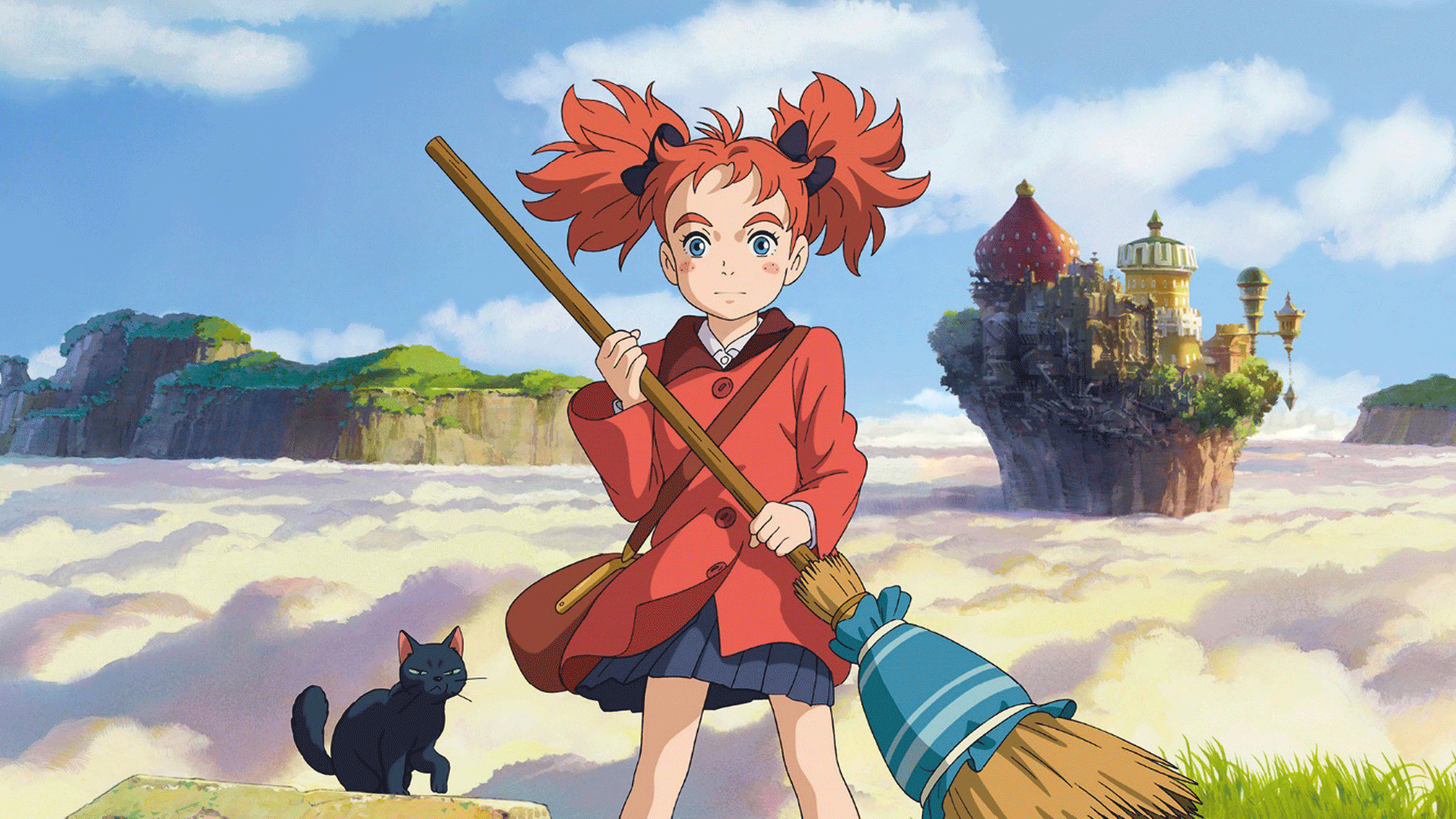 11 Jan Mary and the Witch’s Flower

Posted at 13:16h in Inspire, Validate by admin

Kids and Studio Ghibli fans will enjoy this magical animation, exploring themes of self-acceptance, discovery, courage and friendship, through a wondrous and colourful tale.

There aren’t many films these days that capture the imagination and transport the viewer to a different world, but Mary and the Witch’s Flower does just that. Now I might be a bit biased with this one, but as soon as I heard that the former Studio Ghibli producer Yoshiaki Nishimura and director Hiromasa Yonebayashi (of now formed Studio Ponoc), were behind this new Japanese animation feature—I knew I was in for a treat.

Previous Studio Ghibli films such as; Spirited Away, My Neighbour Totoro, Howl’s Moving Castle and Kiki’s Delivery Service are some of the most moving, unique, colourful and magical animation films. The whole collection is recommended, and they are sure to cheerlead the beauty that is 2D animation. Each scene is like a painting and each character is rich full of stories of adventure and self-discovery. 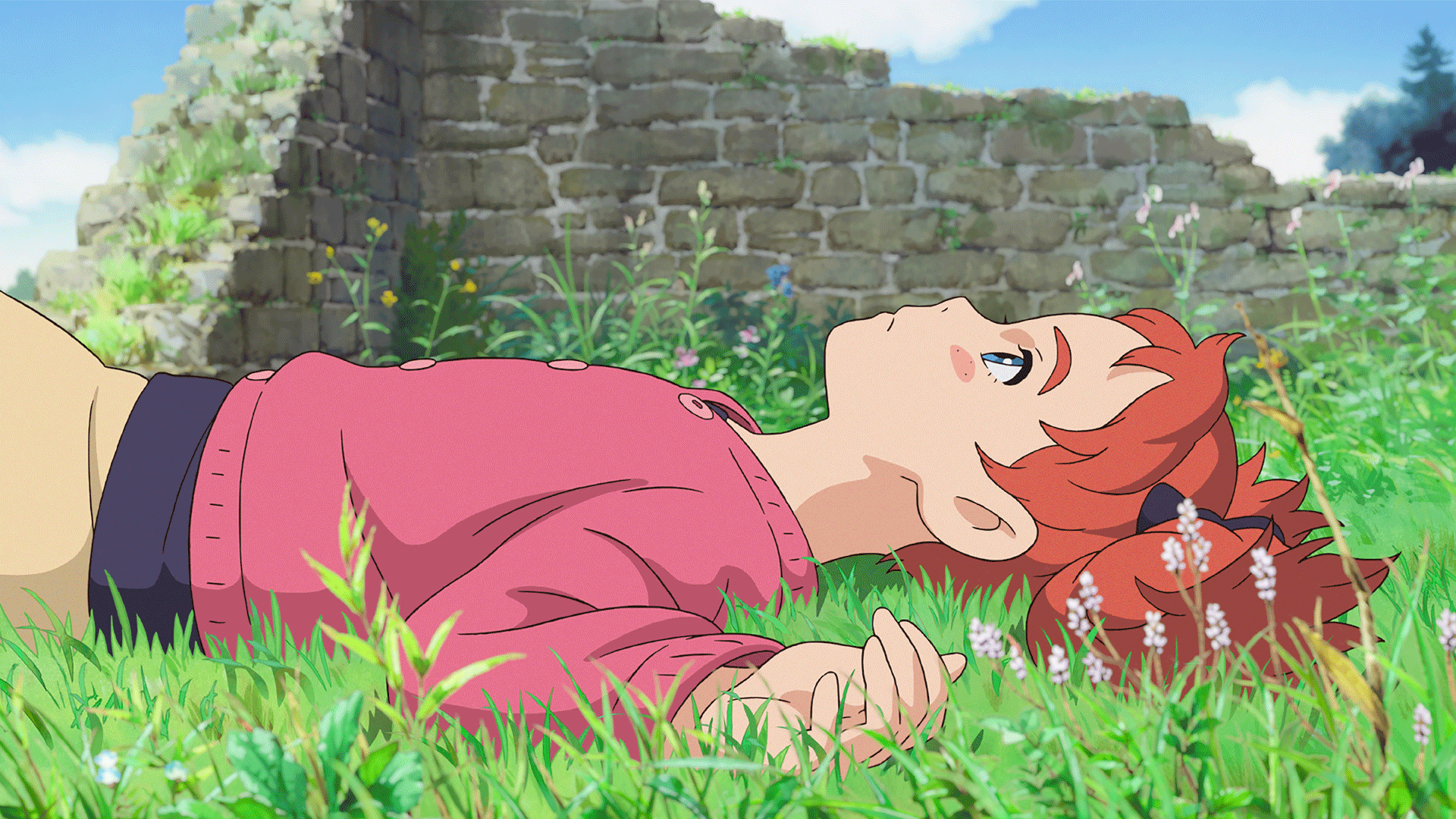 The duo behind other Studio Ghibli animations When Marnie Was There and Arrietty have brought the Ghibli formula back, with great attention to detail, adapting the children’s novel The Little Broomstick by Mary Stewart, in their latest animation feature, Mary and the Witch’s Flower.

The movie begins in the quaint little town of Redmanor Village and we are introduced to a young girl named Mary Smith who is feeling out of place in the world—that she is “not much good at anything” Peter, the boy who lives in the nearby village, keeps teasing her about her red hair. After moving to her Great-Aunt Charlotte’s house after the passing of her parents, Mary explores the local village and it’s meadows inspired by the lush English countryside. She stumbles across two inquisitive cats Tib and Gib who lead her to a glowing blue flower called the ‘Fly-By-Night’ that only blooms once every seven years. Mary soon discovers that the flower can grant her magical abilities that make a broomstick come to life, whisking her away to a magical land of castles above the clouds called Endor College. 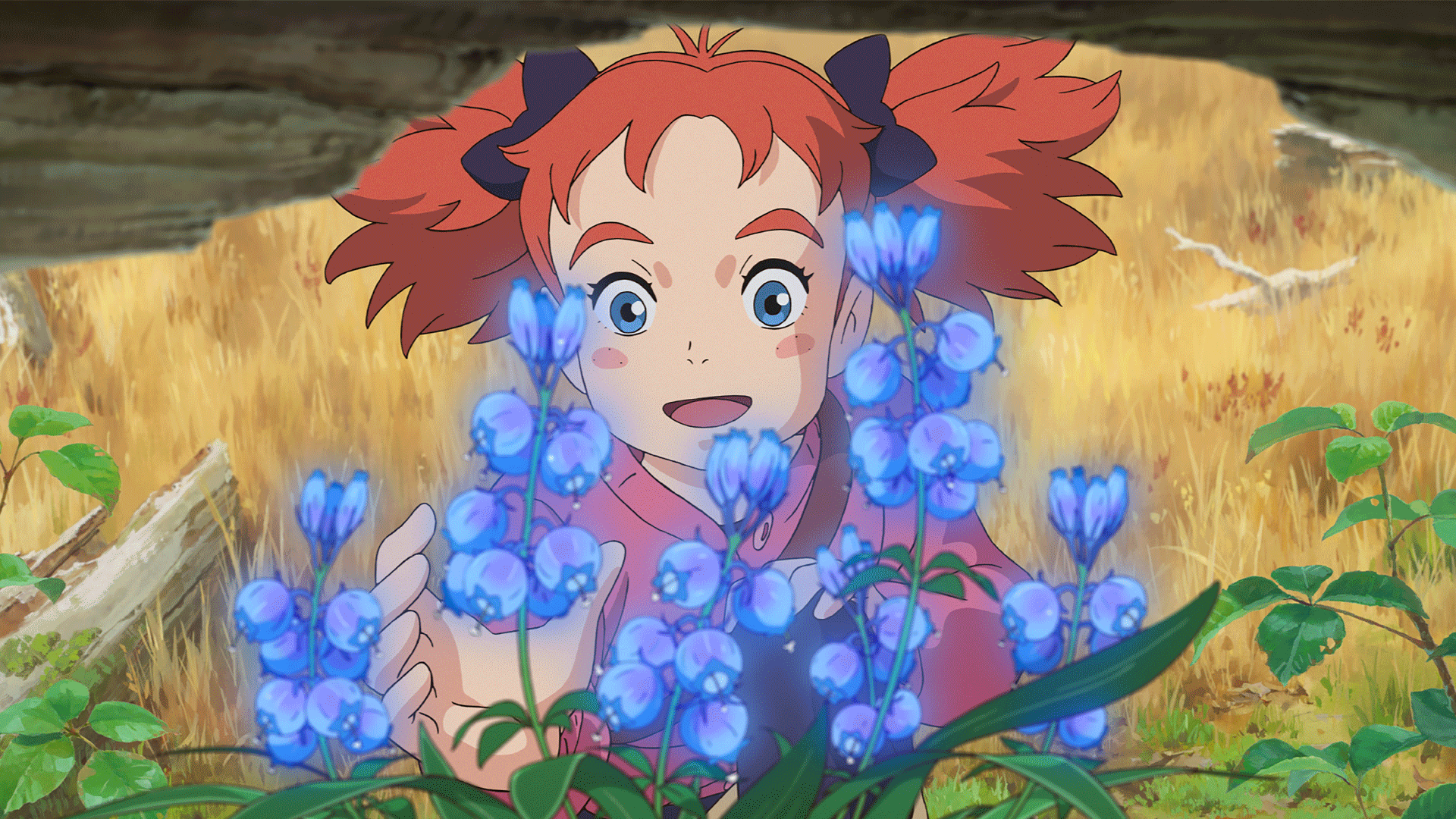 Stumbling into a land of the unknown, Mary with her new companions, meets a racoon-like animal dressed in a Robin Hood style outfit named Flanagan who is the caretaker of Endor College’s broomstable. A likeable character with a thick British accent, he leads Mary to the gates of the school, where her journey and education begins. 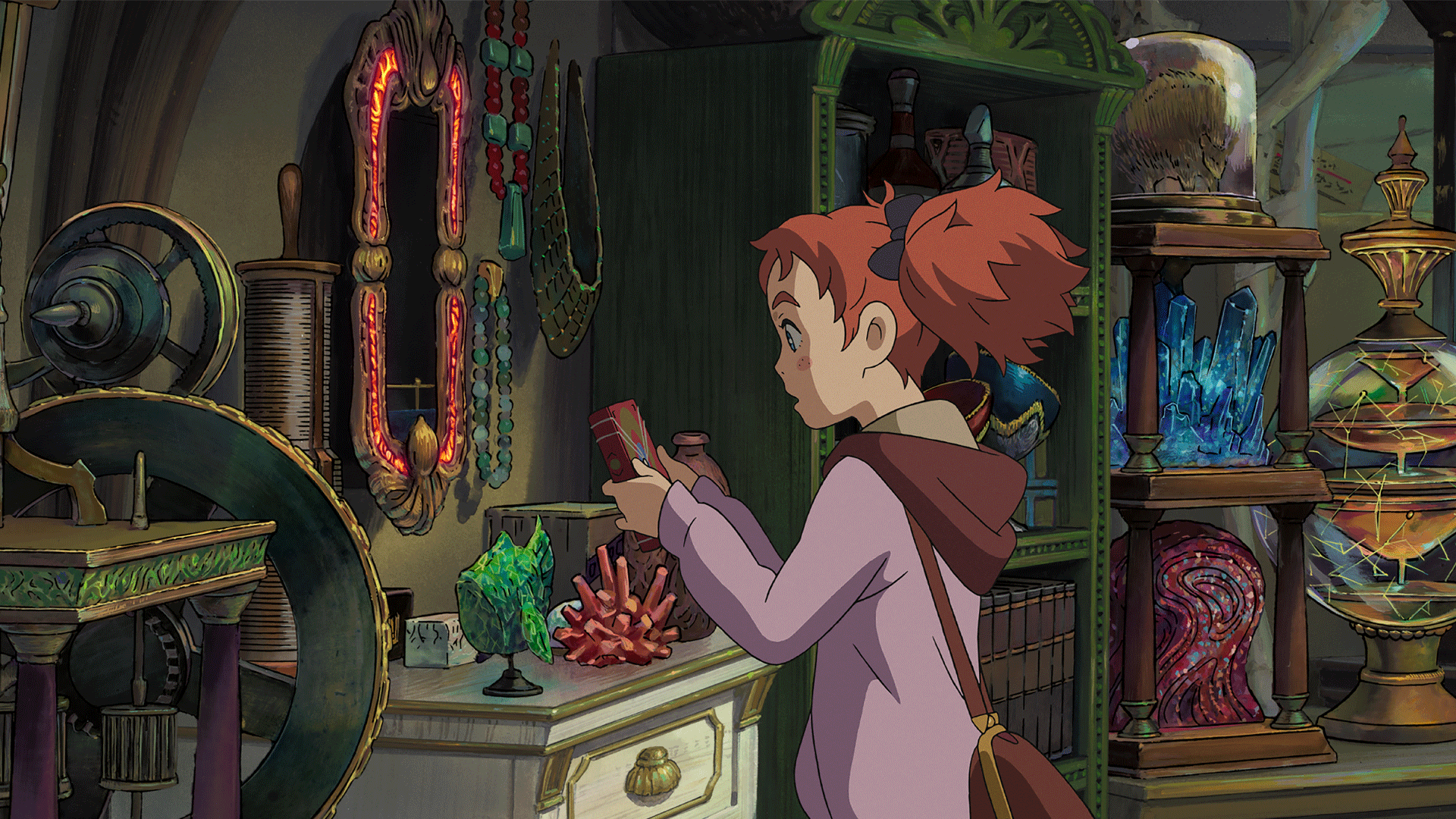 Mary learns more about the college as we are introduced to the school’s headmistress Madam Mumblechook and the school’s magical scientist Doctor Dee. At times you do get echoes of a Harry Potter style universe—notably, one of the film’s English voice actors is James Broadbent, known for his role in Harry Potter: and the Deathly Hallows: Part 2 as Professor Horace Slughorn. 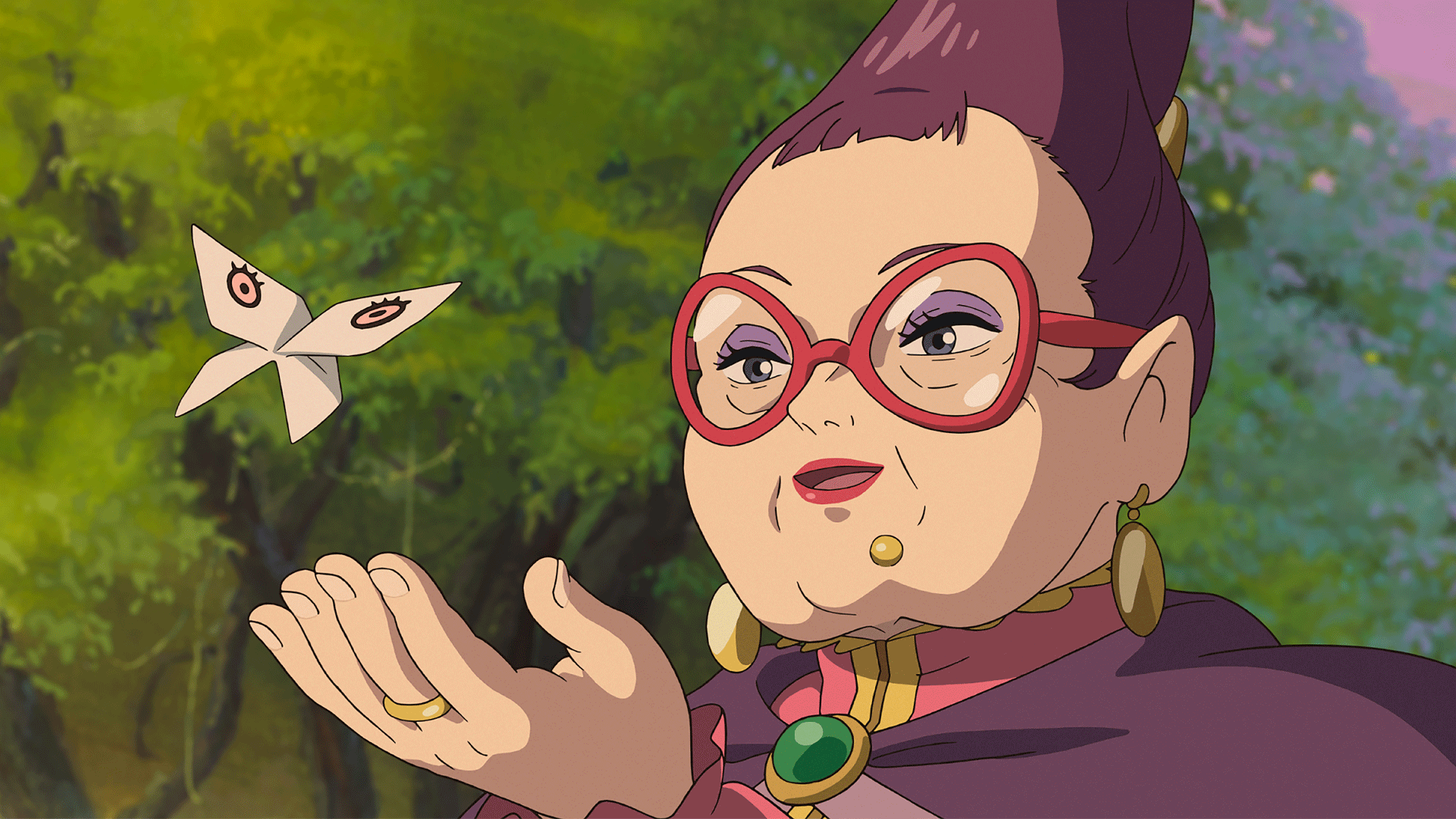 Mary instantly feels she is at home and is praised by the schools teachers and pupils for her magical skills, but Mary eventually discovers some of the schools hidden secrets and the real story behind the forbidden ‘Witch’s Flower’, and the strange experiments Doctor Dee is working on behind closed doors.

This fun-filled animation is full of plot twists and is a grand adventure about self-discovery and the power of believing in your personal strengths and abilities. A true treasure to be enjoyed by kids and adults. 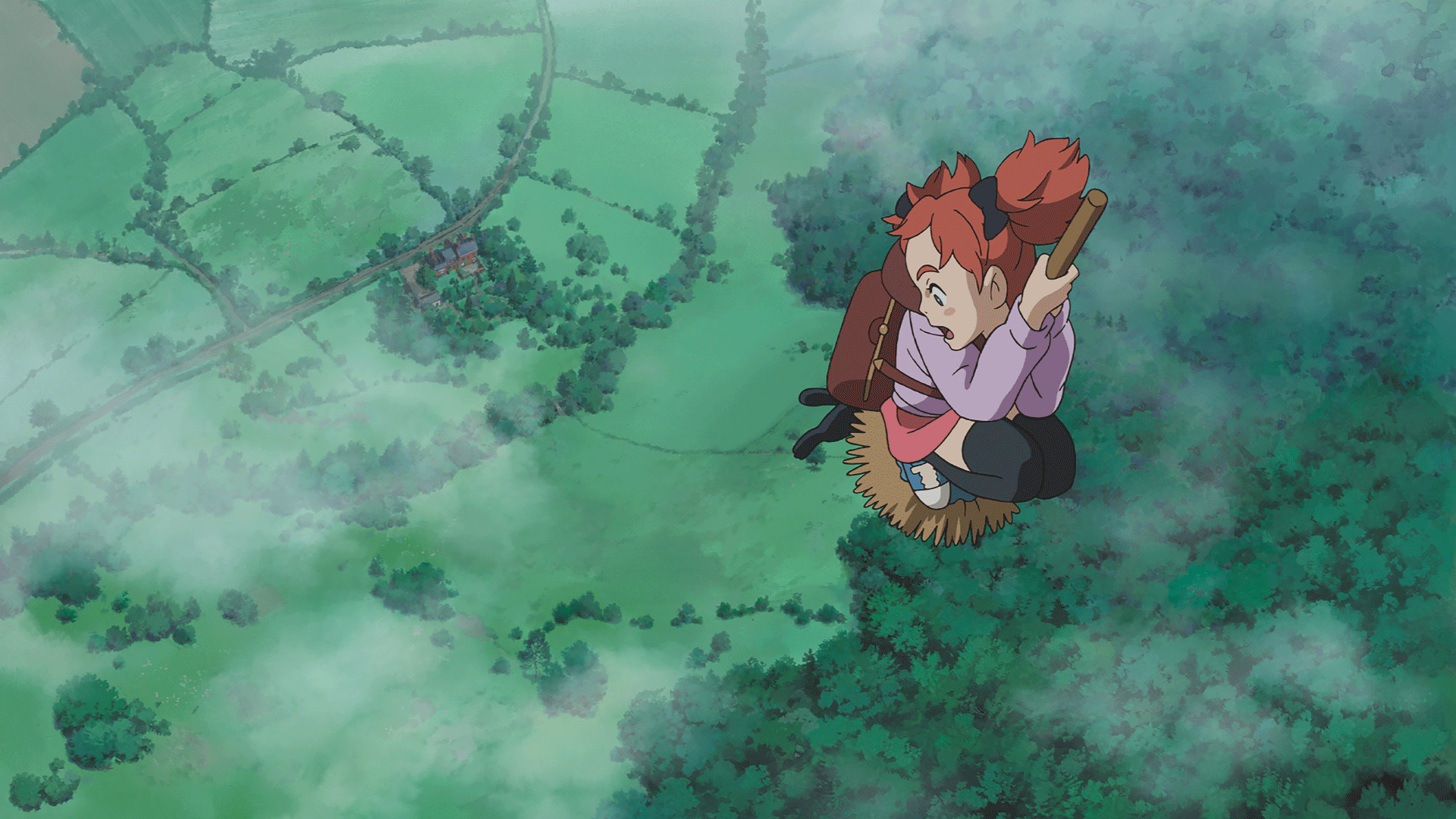 Mary and the Witch’s Flower is in cinema’s around Australia from 18 January 2018.