Posted at 09:41h in Celebrate, Editors Picks, Friendship by admin

It takes Cathy Watson a few years before she can look upon the absence of an invitation in her son’s hand with relief rather than despair. 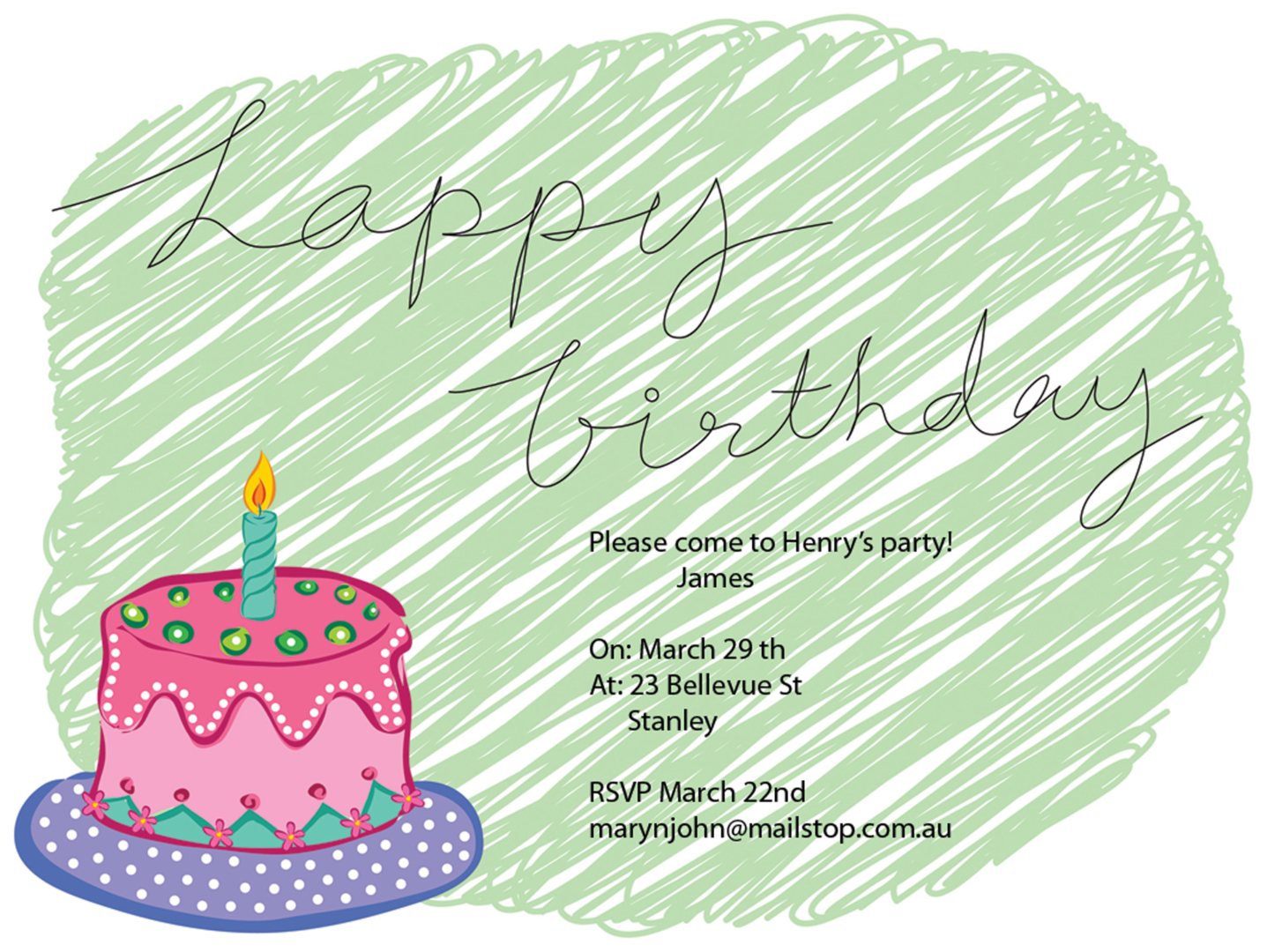 Mothers milled around the kindergarten door, waiting to collect their children. The party invitations sat brightly in the pigeonholes like bougainvillea against a stormy sky. I was aware of a conspicuous emptiness in our pigeonhole, which I hoped my son would not notice.

The children burst out and one by one the invitations were grabbed by the invitees. “Oh look, Charlie, Martin has invited you to his party!” said one. My son looked up at me. “Mum!” he said excitedly. “Martin is having a party. Is there an invitation for me?” I led him away and made light of it. “No, darling. But that’s OK. Martin can’t invite everyone. So how was kinder?” He stopped and looked at me. “Mum, can’t you have another look?”

Another party and my son was not invited. I felt like going up to the mother and saying, “Can’t you please invite my son? I will pay you to invite him!” How was my son ever going to make friends if his only contact with his peers was at a few kindergarten sessions each week? How would the empty weekends’ scar his self-esteem, and would the loneliness of these early years condemn him to a life of misery and isolation? And how can all these children not realise the worth of my son enough to invite him to their parties?

Birthdays are fraught with maternal dilemmas. Who to invite. Who not to invite. How to plan for inclement weather.

Being rather pig-headed, I decided that if he wasn’t going to parties, then parties would come for him. So when my son’s birthday drew near, it was decided that we would use the local bike track as the venue. That way no-one would be excluded. The entire class was invited. Brightly coloured invitations sat expectantly in every pigeonhole. Except, once again, my son’s! But then I was faced with a new dilemma. How the heck were we going to cope with 22 presents? We decided that he wouldn’t open every one on the day.

He would open one at a time after he had written out the thank-you letter for the one before. We sort of became a bit unstuck when he was laboriously transcribing a thank-you note and asked me how to spell Meccano and I told him to just copy it from the box. Tim’s note read “thank you for the items not included”. That one I kept for posterity.

Birthdays are fraught with maternal dilemmas. Who to invite. Who not to invite. How to plan for inclement weather.  How to survive 14 hyped-up, chocolate- crackle-filled boys brandishing noisy horns in a small house on a wet day. What to serve up when a child has severe allergies to just about everything on the planet. And, when invited, what to take, and how much to spend on each child. What was the going rate? And if it required a fancy dress, what on earth would my child wear, considering his mother had the imagination of a split pea?

But I’m getting better at the birthday business. I’ve recognised the incredible joy of being able to outsource the bulk of the work. And now, several years on, there are still days that invitations are flourished in the schoolyard and my son returns home empty-handed. But now I have a sense of relief – for the present that I don’t have to buy, and for the sense of security that makes my son realise that he doesn’t need to be invited to every party to be fulfilled.