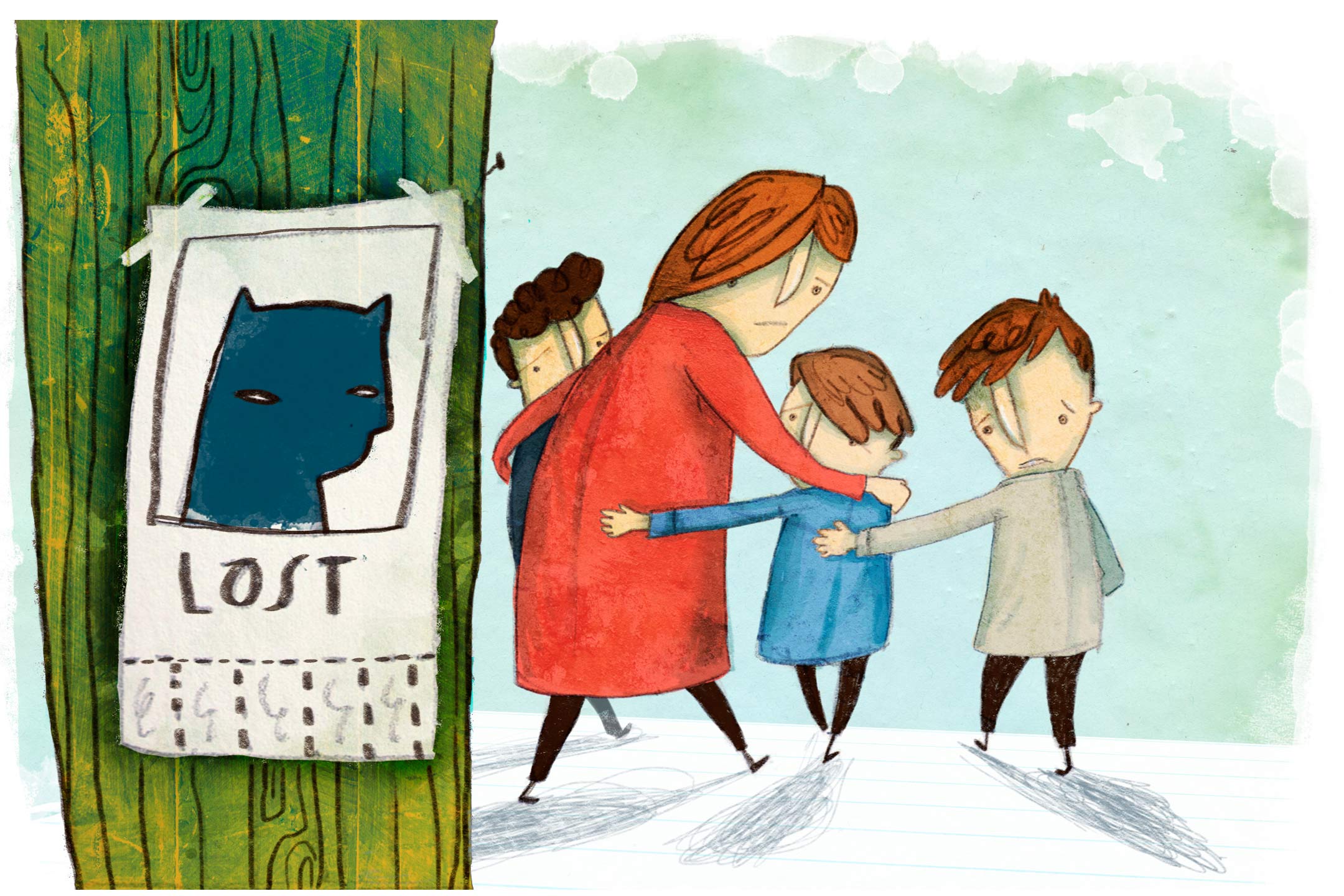 Posted at 16:35h in Celebrate, Editors Picks by Editor

When a beloved family pet disappears, the hardest thing to cope with is not knowing what happened, explains Gill Canning.

It was the first day of the school holidays. “Has anyone seen Ziggy?” I asked my three boys at lunchtime.

They shook their heads. No one had seen him since the night before. I had a bad feeling. In the year since we’d adopted Ziggy from a cat-rescue shelter, he’d never stayed away that long.

We went looking for him, to no avail. When he didn’t come home for dinner and hadn’t shown up by the following morning, I knew there was a problem. Ziggy never missed a meal.

We made flyers with Ziggy’s picture on them and went doorknocking. We asked local shopkeepers to put the flyers in their windows. Everyone assured us they would keep an eye out for him.

Ziggy was our second family cat. Our first was Claudia, adopted before we had kids. She died of cancer at 13, and the tears poured at the vet’s as my husband and I bade farewell to our old friend.

It was two years before we were ready for another pet. After carefully inspecting the cats and kittens at the shelter, my boys chose Ziggy, a jet-black one year old with unusually long whiskers and an overly fluffy tail.

Having been surrendered to the shelter for being too ‘spirited’, Ziggy spent his first night with us racing around the house like a tornado, jumping from one piece of furniture to the next. But my fears that we’d chosen unwisely were short-lived. Ziggy soon calmed down and settled in beautifully with my three active boys. Everybody loved him, and he was never short of attention or cuddles.

The vacuum when he suddenly disappeared from our lives seemed enormous. It was worse than losing Claudia. With her death, there’d been sickness, a burial and grieving. With Ziggy, we had no closure. Did he run away? Was he stolen? Run over?

“Has Ziggy been killed, Mum?” my eight year old, Felix, asked me one night. “I don’t think so,” I reassured him, having no idea.

I asked my veterinarian friend Jules for advice. “It’s possible he was spooked by something, ran down a drain, then wasn’t able to get out again,” she said. “Lots of cats do that.” We inspected the local drains, peering down and calling his name, but there was never an answering ‘Miaow’.

Apart from wearing a collar and name tag, Ziggy was also microchipped, meaning any vet with a scanner could access our contact details. A check of local vets drew a blank.

As the weeks went by I became less and less hopeful. Every day when the boys came home from school they would ask, “Has Ziggy come back?” It was a question I came to dread.

Ziggy’s food and water bowls stood empty in the kitchen. Eventually, I packed them away. I gathered the boys together. “Ziggy is such a great cat – I think a nice person has probably kept him for themselves and is looking after him really well,” I said. “But that’s not fair. Ziggy is our cat,” protested Toby, my eldest. “I know, boys,” I said. “But at least he will have a good life.”

It’s been seven months since Ziggy disappeared. We still talk about him, and I continue looking for him when I go on my morning walk, but I’ve lost any hope that he’ll come back. It’s the not knowing that’s the hardest.