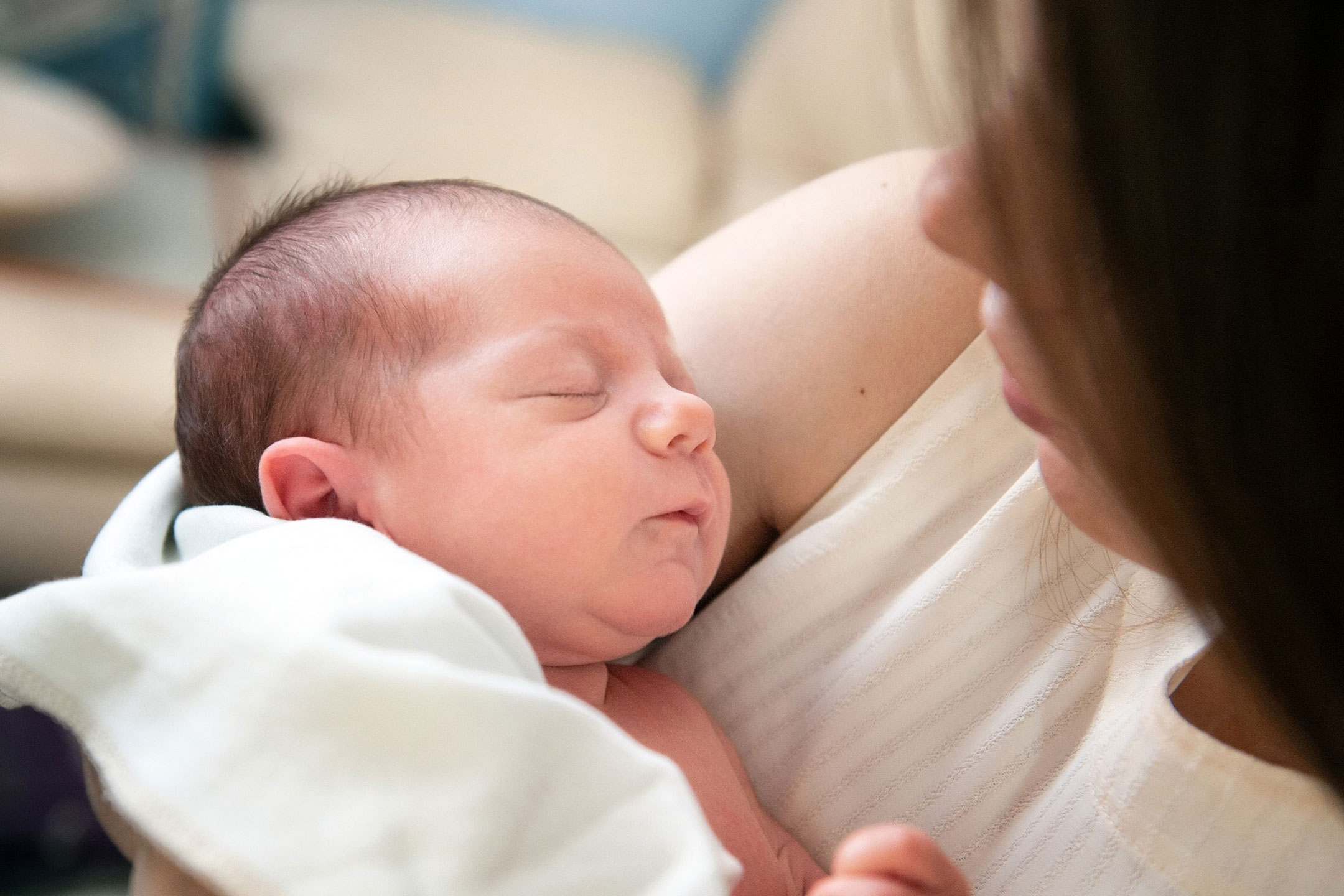 23 Oct Mothering In The Modern Age

Posted at 12:00h in Celebrate, Editors Picks by admin

Without some of the structures of days gone by, today’s mums can feel all at sea, writes Angela Rossmanith.

“The bottom line is that women want someone to listen to their needs and concerns and help them address these needs. When a midwife who knows the woman comes to the home, listens to her, knows her context and previous experiences, and asks about her relationship with her baby and partner, then the woman feels supported and more confident in her new role.”

A week after my daughter was born, I popped out to the local shops for bread and milk. On my way, I bumped into an older neighbour, whose jaw dropped when he saw me. “What are you doing out?” he said. “Shouldn’t you still be in the hospital? My mother used to lie in for a couple of weeks after she had a baby.”

My daughter was born in the 1970s. I wonder what my neighbour would say now, when new mothers are out of the hospital a day or two after childbirth, or in some cases within a few hours.

Mothering isn’t what it used to be, and brief hospital stays are only part of the story.

“Becoming a mother requires a huge social and psychological adjustment,” said Virginia Schmied  Professor in the School of Nursing and Midwifery and the Family and Community Health (FaCH) research group. “It is a major life-changing transition, and we’ve lost the rituals we used to have that helped a woman into her new role. Staying in the hospital for some time was one of them.”

Australia, along with nations such as the USA, the UK, Canada and New Zealand, has been described as a techno- culture, where the primary focus is on the technological monitoring of new mothers and their babies. There is little help with housework after the birth of a baby, and no particular rite of passage to mark motherhood. This is in contrast to ethno-kinship cultures, where the emphasis is on social-support rituals by family networks, such as weeks of care by close family, or ceremonies to welcome mother and child and to recognise the mother’s new status.
But ritual or not, staying on in-hospital when both mother and baby are healthy can be counterproductive these days. Schmied says postnatal care is far from optimal. “Women often say the staff are too busy, and midwives describe postnatal care as chaotic. It’s a constant churn, with the ongoing need for beds and all the paperwork required for admission and then discharge,” she says. Hardly the environment for a new mother to bond well with her baby and to be supported appropriately in the postnatal period.

Schmied says women are being discharged earlier than ever before, even after caesarean sections, but most are happy with continuity of midwifery care, where a woman has the same midwife from pregnancy through to the postnatal period. “The bottom line is that women want someone to listen to their needs and concerns and help them address these needs,” she says. “When a midwife who knows the woman comes to the home, listens to her, knows her context and previous experiences, and asks about her relationship with her baby and partner, then the woman feels supported and more confident in her new role.”

Mother of two Juliet had a mixed experience with midwives and the early-discharge program after her first child’s birth. She thought she’d prepared herself well and was ready for sleepless nights, but the process of breastfeeding surprised her. “I thought it would come naturally, or that the hospital staff would teach me, but the first two nights after the birth I was really lost,” she says. “The midwife told me to put her to the breast for 45 minutes, but did that mean on both sides?” Since the midwives were popping in and out of her room, Juliet assumed they would tell her if things weren’t going the way they were supposed to, so she kept struggling.

A more sensitive midwife came the next day.

Juliet went home two days after the birth, and the following day a different midwife visited. “She told me my baby had lost more than 10 per cent of her birth weight, and I had no idea what that meant. Then she told me this was how babies died in the wild, and I was devastated. Was she telling me my baby was dying?” A more sensitive midwife came the next day. “She listened to me and told me what I needed to do and wrote it down. I was so tired I would have forgotten otherwise. I felt supported by her and from that point, I felt more in control.”

The care an empathetic midwife offers a new mother in the home echoes the care close female relatives can provide. Ruth, a mother of two young children, says her mother comes once a week to give her time out, and her mother-in-law, who lives some distance away, also comes when she can. Beyond that, it’s her mothers’ group that has kept her sane: “They’re lovely women, very supportive. We keep in touch and help each other out a lot. I would have felt isolated without them.” 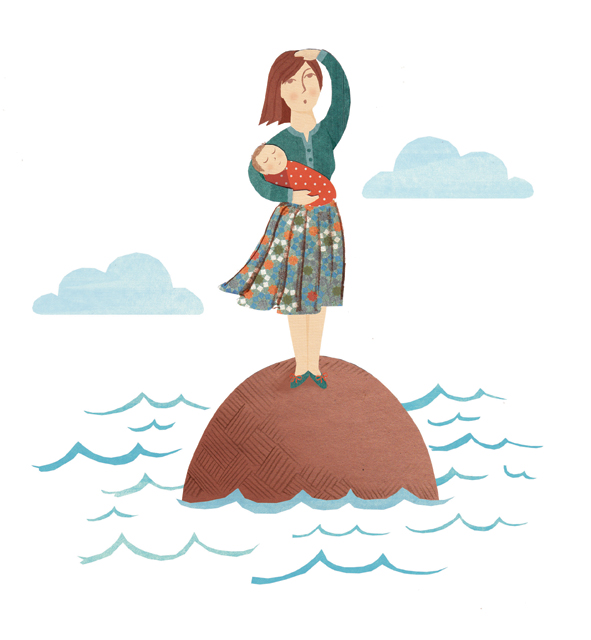 However, our increasingly mobile society means many women have no extended family close by to help, and they may not have the skills or opportunity to establish a support network. Even when family members are close by, many are in the workforce and unable to offer much hands-on help to a new mother. Schmied says the UWS School of Nursing and Midwifery interviewed family members of pregnant women, and most indicated they would support the parents after the birth. However that support didn’t materialise in the way the mother was led to believe it would. “We have expectations that it’s really important and wonderful and we’re all excited, but then women are left to get on with it,” she says. “The attitude can be ‘I had to do it and I survived. This is the real world.’”

What’s more, new motherhood can be extraordinarily demanding, and even when family members provide what help they can, it’s simply not enough. Part of the problem, says Schmied, could be that women are not being prepared appropriately for motherhood and its particular demands, and that the current environment is not as supportive as it could be.

The prenatal classes many parents attend are woeful at properly preparing people to be parents, said Belinda Horton, past CEO of the Post and Antenatal Depression Association (PANDA). “They focus on birthing outcomes, but don’t address the ongoing issues of parenthood,” she said. “In many ways, we set parents up for failure by not preparing them, and the result is that they feel guilty when they run into difficulties.

“Our community talks about pregnancy and the birth of a baby in terms of celebration and teddies and balloons, but based on our observations, we at PANDA talk about a grief model of motherhood. You gain a lot when you have a baby, but you also lose a lot, and anything lost needs to be grieved. This sadness is a normal response and doesn’t require a diagnosis of depression.”

She said that for some new parents their emotions can become very distressing, and it’s best that they talk to a trusted person as soon as possible. “A particular feature of modern parenting is the belief that if you do something ‘wrong’ you’ll scar your child for life,” said Horton. “This leads parents to seek out information from magazines and professionals rather than relying on their own intuition. We have great expectations to be the perfect mother and we think someone else can tell us how to do that.”

Finding the right time to step out of the workforce and then return is also stressful, says Jacqui, mother of a toddler. “I was high up in the corporate world, and I had to decide my priorities,” she says. “Corporate life is totally incompatible with having children. It was a terrible shock when my son was born; I stepped out of one life and into a totally new one. I had no role model because my mother didn’t work outside the home after marriage.”

The sudden isolation and lack of community can heighten grief for women who stop work to have a baby, said Horton. Workforce participation provides a natural community, and while many mothers have little or no choice about returning to work, there are some who return in order to manage postnatal distress in an environment where they feel competent, recognised and more stable.

For women returning to work, there is also the question of whether it is possible to continue breastfeeding. Expressing and storing milk can be a turn-off for women who are already juggling work and family demands. It is something their own mothers didn’t need to consider, and not just because fewer were re-entering the workforce after childbirth. The breastfeeding rates in 1971 were the lowest in our history,  Only 21 per cent of mothers were doing any breastfeeding at three months, and that’s up to 70 per cent now*.

These days, the first port of call for general support is often fathers, who are playing a far greater role in their children’s lives than their own fathers ever did, starting well before the birth. That neighbour of mine might have been shocked to hear that my husband was with me for the births of our children. Back then it was a relatively new practice. An obstetrician I interviewed for an article at the time told me it was a fad that would lose its appeal, but how wrong he was. Perhaps he thought it was an aberration among the 1960s flower children who had turned to child-bearing. “Fathers help out more than they did, but most still need some training,” one mother of a young child told me. “I’m at work full-time, but I’m still doing the majority of the childcare.”

Is that the story of motherhood? Last week I took my granddaughter to the local park. A weary-looking woman sat against the fence, breastfeeding her baby as she watched her older child play. The child stumbled and her mother used her free arm to comfort her. The baby became agitated and started to cry. The woman caught my eye. “I love my kids like crazy,” she said, “but heck being a mother is hard.”