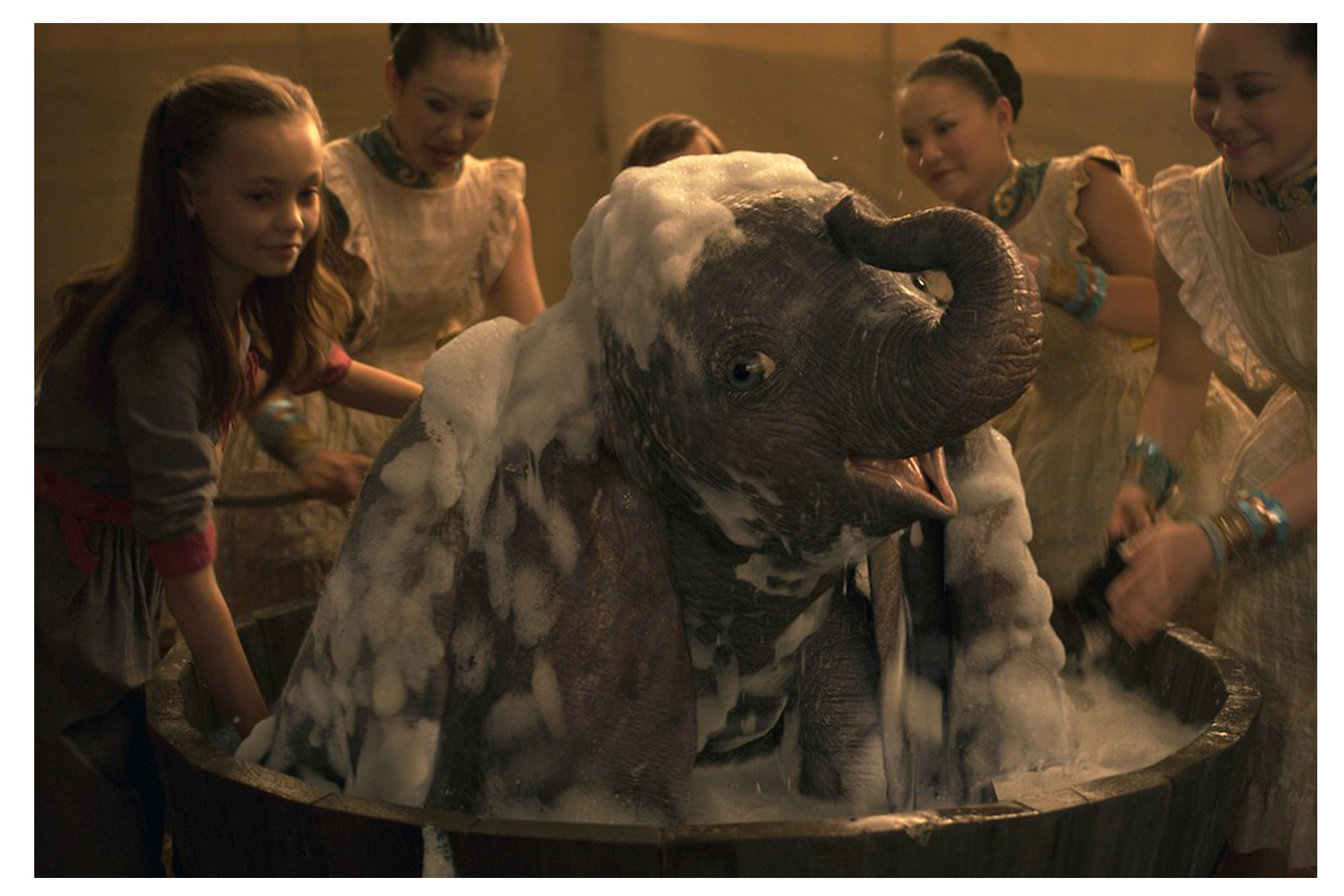 Tim Burton returns, as only he can, with the weird and wonderful retelling of ‘Dumbo’.

Walt Disney provided the original cartoon version in 1941 and Burton has retold the story with a vague nod to the original. Aided by the powerful use of CGI, the film was completely shot indoors making the overall feel of the film dark and a bit melancholy.

The film follows the basic story of Dumbo born to Mrs Jumbo, in the Medici Brother’s Circus. Max Medici the ringmaster (Danny De Vito), who is hoping for a profitable new addition to their big top show, is surprised when Mrs Jumbo’s baby is born with enormous, floppy ears. Excited to see the new baby, everyone starts laughing at him and he ends up with the name ‘Dumbo’!

Set just after World War 1, the disabled war veteran, Holt Farrier (Colin Farrell) who prior to the war trained horses and was a skilled horseman, finds he is now in charge of the new elephant, Mrs Jumbo. Holt’s wife has recently died leaving their two children Milly and Joe to his care and living with him at the circus. What no-one knows is that Milly and Joe have discovered that the little elephant, with the big ears can fly.

When Dumbo makes his soaring debut, New York amusement park impresario/villain V. A. Vandevere (Michael Keaton), convinces Max Medici to move the circus and its carnival crackpots to Coney Island to become part of his fabulous Dreamland destination. Here Dumbo soars to new heights alongside a spectacular aerial artist, Colette (Eva Green), until Holt learns that beneath its shiny veneer, Dreamland is full of dark secrets.

The movie’s technical aspects and the CGI special effects, along with the music (mainly instrumental), make this a wonderful, if dark, re-telling. There are tearful, touching moments but, luckily for those who say ‘it’s too sad’, in Burton’s version ‘Dumbo’ gets a much happier ever-after than in the animated original. The themes have been highlighted more with this retelling than in the original cartoon version such as animal cruelty, differences, disabilities, teamwork and friendship.

‘Dumbo’ is targeted at children over 8 years as some scenes may scare younger children. You either loathe or love Tim Burton’s films (eg Alice in Wonderland, Miss Peregrine’s Home for Peculiar Children). Dumbo definitely has been given the Tim Burton ‘stamp’.