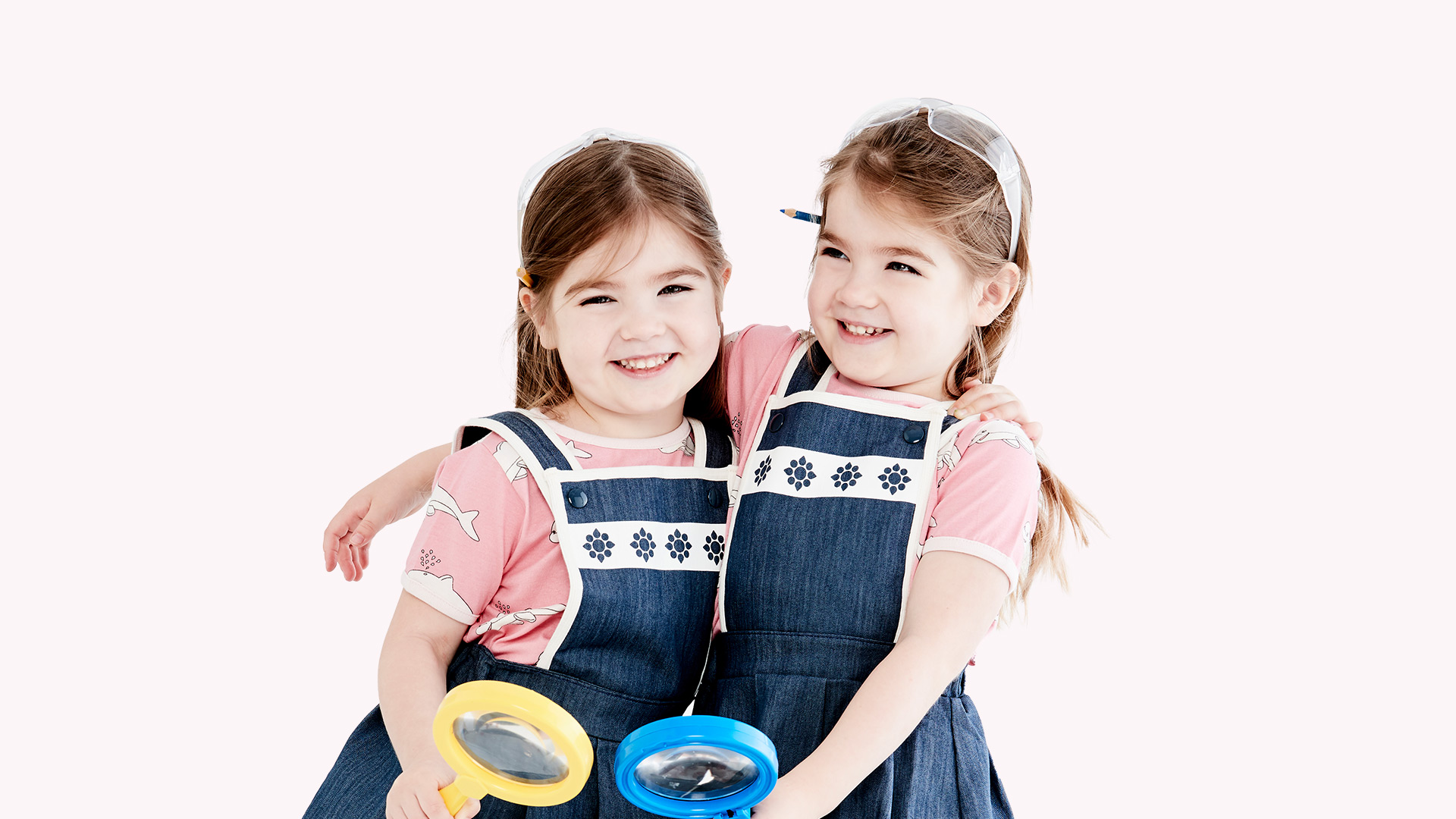 Posted at 15:15h in Inform, Uncategorized by admin

When it comes to multiple births, Frances Waterford knows what she’s talking about. Frances is President of the Eastern Suburbs Multiple Birth Association in Sydney, as well as the mum of four-year-old twins Annika and Isabelle (our March cover stars), and a 12-month-old boy. We asked her for pointers on how those of us with one-at-a-time kids can best include families with multiples.

Birthday Parties – Invite one twin or both?

“It depends. If they’re both in the same class at school or the same room at day care, invite both. It’s usually okay to just invite the one child if they’re in separate classes, but it’s nice to ask the parents what’s best. It can be appropriate to invite just the one as they get older, as they develop their independence then.

For presents, it’s totally fine to give different gifts to little babies, but at about the two-to-five year old stage, it’s best to give the same. That’s the stage when they start to think, ‘Hmm, yours looks better than mine’. Some people opt for the ‘same but different’ approach – same gift, different colour, for example. Once they’re in school, it’s possible to buy different gifts as they start to develop their own interests.”

“Even numbers work best, especially when the children are little. It can be hard for a third to cut in on twins, unless they all know each other really well. I took the girls to a playdate with one of their friends recently who had an older sibling aged seven. That meant four, but the host mother had invited a friend for her daughter’s elder sibling. That left an uneven three, but my daughters’ friend ended up playing with my baby much of the time – she loved him! So my girls played together, and we got all the kids to play hide & seek, a game they can all play together.”

“Most families either always dress their children in the same clothing or always differently. If in doubt when gifting or handing down clothes, ask the parents. I dress mine in different clothes, but on their first birthday, I got seven pairs of Size 1 dresses from my girlfriends. They couldn’t help themselves. That was fine; my girls just wore the dresses on different days. A lot of people find it irresistible to dress twins the same, especially girls. I know one mother who dresses her twin girls exactly the same – same sock, shoes, hat, everything – and her children won’t wear anything else. I wonder what happens if one gets a T-shirt dirty – do both girls change?“

“Schools generally recommend placing twins together in the first year, and in separate classes after that. Having said that, some families insist their children be in the same class, and keep the same schedule outside school, because it’s so much easier. It’s one set of class emails, parent-teacher interviews, extra-curricular activities. Some say, ‘Right, everyone’s doing swimming and soccer this year, and that’s it. I can’t stretch to any more.’ My girls did swimming together, but one progressed faster, so I deal with that by putting them in different classes but at the same time.

There does seem to be a spectrum of families who want their multiples to be treated as individuals at school, even to the extreme of sending their children to different schools. Whether twins are in the same or separate classrooms, teachers should look for points of difference in identical children, and seek out opportunities for them to shine.”

Despite the challenges that come with caring for multiples, Frances feels lucky. “I say to the girls, ‘Isn’t it lovely you have a sister to play with you?’ It’s a special thing to have twins.”

The Australian Multiple Birth Association is an organisation which oversees a network of local clubs, events and playgroups for multiple birth families.