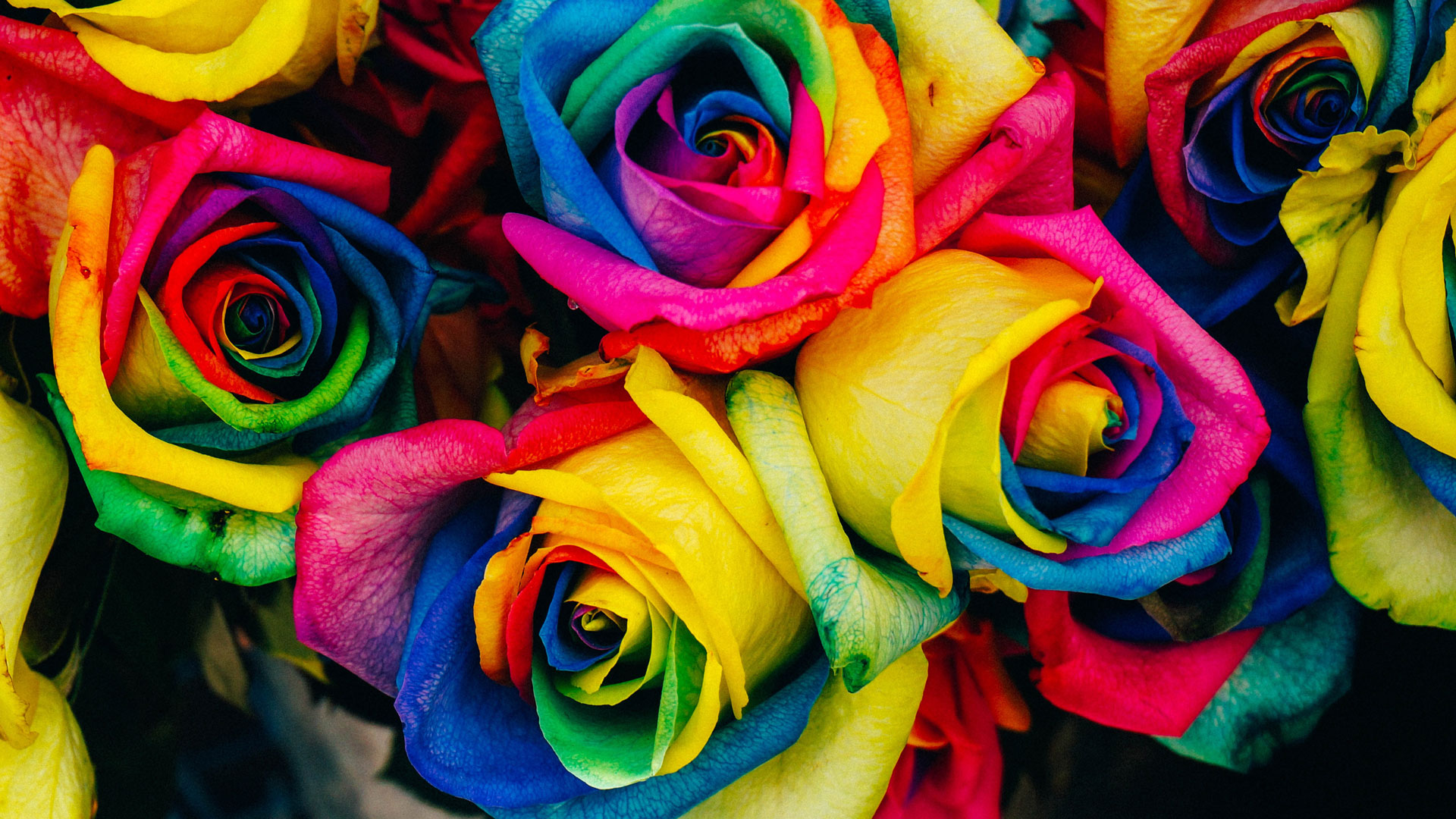 Posted at 16:23h in Inspire, Validate by admin

The day my son came ‘out’ – the day he told me he was gay – is one I’ll never forget. And not for the reasons you might expect.

You see, in my own way, I’d always known that my son was homosexual. I was just waiting for him to reach a point in his life when he would feel comfortable telling me and his dad. He reached that point when he was 16-and-a-half years old.

No parent can control their child’s future, no matter what we do. But I can honestly say, that in regard to the type of person my son has turned out to be, I wouldn’t change a thing. What I would seek to alter are some of the horrendous bumps he’s experienced on his journey; bumps made that bit larger because of his sexual orientation.

Being homosexual isn’t something that suddenly  occurs to an individual one morning.

Your child doesn’t wake up and think, ‘Gee, from now on, I’m going to be gay’. Nor do they have an encounter with a member of the same sex and change their orientation. Sexual experimentation is, to a degree, quite normal. Changing your sexuality isn’t. If your child does experiment and ‘discovers’ their inclination, it was always there –  nothing ‘changed’ them.

Nor is homosexuality a condition or illness, or  ‘brought on’ by particular family dynamics or even the  type of family they grew up in – for example, single parent – or because of a lack of specific gender role models.  These are all myths that circulate in society to persuade  us to believe two things: firstly, that homosexuality is a choice and secondly, that it’s a result of nurture not nature.
Adam says he always knew he was gay, but didn’t know how to describe himself – not until he was 12 and learned what ‘homosexual’ meant. But as I still tell him, it’s merely a word to describe sexual inclination, not who a person is.

Over the years, I’ve had a quite a bit to do with  homosexual people, both privately and professionally. The commonality that emerges from the diverse people I talk to and the books and studies I read is this: if they had a choice, most homosexuals would choose not to be homosexual. Why? Because while society at one level may pretend that there isn’t anything wrong, at another, it treats homosexuals in the most appalling ways. Gay people are denied a lot of the rights that many of us take for granted, such as marriage and raising kids. From a religious perspective, they’re regarded as sinners and denied entry to heaven.

From various social points of view, they’re seen as predators, perverted and dangerous.

The first time I met my son, he was bundled into my arms as I painfully tried to sit up after enduring  an emergency caesarean. The nurse beamed at me and said, “You have a beautiful, healthy boy”. I remember my heart giving a skip. I’d always wanted my first to be a boy.  Elated but also greatly intimidated by this small life in my arms, I gingerly opened the bunny rug. I drank in the image of this tiny little red face, with its cupid bow  mouth and downy cheeks and my soul filled. I lifted him closer and breathed in his newborn scent and ever so  gently kissed his furrowed brow. The blanket shifted slightly and I saw that covering his temporarily misshapen head was a knitted beanie… a pink one. I did a double-take. Pink? But the nurse, who by now had left the  room, clearly said my baby was a boy, hadn’t she? Having no-one else to ask, I did the only thing I could. I placed my baby carefully on my lap and peeled the layers of blankets, nightgown and nappy away. I breathed a sigh of relief. Oh yes, I reassured myself, he was a boy.

A naturally quite gregarious child around adults,  Adam was also capable of deep introspection and was too easily hurt by off-the-cuff comments. Slightly uncoordinated, Adam was never good at sports and didn’t enjoy the rough antics of others in various competitive  arenas. I think he was afraid of being hurt. His football-mad father encouraged Adam to join a junior AFL team, which he did in an effort to bond with his dad. But it was painful to watch him more often than not run from the ball instead of towards it. After a valiant season, he retired with a trophy and returned to his real passions: snakes, science, reading, computers, chess and bike riding.

Enrolled at a private school in Year Ten, Adam became the victim of bullying. Invidious, deliberate and cruel, even now I cannot express to you how psychologically and emotionally brutal the torment Adam endured was.

Fifteen and almost 194cm tall, with a shock of red hair, incredibly blue eyes, and a brilliant smile (which we began to see less and less), he was also exploring various identities. At this time, if not earlier, he also began to smoke marijuana, drink alcohol, write angst-ridden  poetry and listen to death-metal bands. Trying to penetrate these dark teenage years takes more than love and perseverance, as we soon learned. The point is not to try, but rather to reassure your kids that when they emerge from the inky, tortured spaces they create for themselves, you’ll be there. Well, that’s what we did – along with meting out appropriate punishments for family-rule infringements such as taking drugs.

While Adam may have looked and tried to behave in an antisocial way, he never really wore that identity comfortably. It was, we now realise, a way of compensating for the torment he felt inside; he was trying to repress his burgeoning sexuality, deny his desires and he was torn. The external expressed the internal. Yet he was still a great kid.

Polite, helpful and kind, but swathed in black, with dyed hair, pierced ears and attitude.

In Year 11, Adam was attacked by a group of men who had been summoned to a prearranged spot by some of the private-school boys pretending to be Adam’s friends, but who were, in reality, organising their first ‘gay bashing’. And so our son was introduced to extreme homophobia. Sickened and heart sore, we waited for Adam to tell us he was gay. We wanted to rally for him, to tell him it didn’t matter, that these people were sick, not him. However, just as he only told us about the attack months after it occurred, so he chose to keep his sexual identity secret.

But, finally, it happened. In his 17th year, and just before a family gathering, Adam pulled me to one side and said, “Mum, I’m gay”. I looked him in the eye  before kissing his furrowed brow and said, “I know.  Now go and say hi to your grandparents. They’ve just arrived.”

At last, he trusted me enough to share that  part of his self, his life.

He smiled at me warmly and we held each other for a while before he bounced into the lounge room and greeted his extended family. Later,  when his dad came home from work, he told him too.  His dad took him in his arms and said, “I know. I love  you and I’m so proud that you could finally tell me.”  Then they joined the party. Adam danced and laughed, and looked lighter and freer than he had in years.  A part of himself that he’d locked away from those who loved him most was now liberated. And it didn’t change a thing – not for us, anyhow.

Some people are surprised that his dad and I didn’t make a bigger deal out of Adam’s ‘outing’. My response is why should we? After all, it’s just his sexuality; it’s just a tiny part of who he is. I didn’t expect our daughter to make an announcement of her heterosexuality nor to  treat her any differently because she’s ‘straight’.

Despite our attitudes, Adam’s sexuality continues to affect every aspect of his life. What I can’t understand is a society that continues to be prejudiced against people with sexual orientations that differ from the mainstream. It’s just sexuality – a private part of a much more  complex whole.

To treat gay people differently is, in effect, a crime against humanity.

My son is now 21 years old. He is a beautiful person, inside and out. His experiences, positive and negative, have not tarnished the bright spirit that burns within him. Sometimes he still gets sad, but it’s usually due to prevailing social attitudes and the way they work to prevent him, and other homosexuals, from having a full and complete life.

We’ve always told our kids that having a good heart and generous disposition are the most important things in the world. Why? Because they breed tolerance, understanding and love. I just wish others would learn those lessons too.