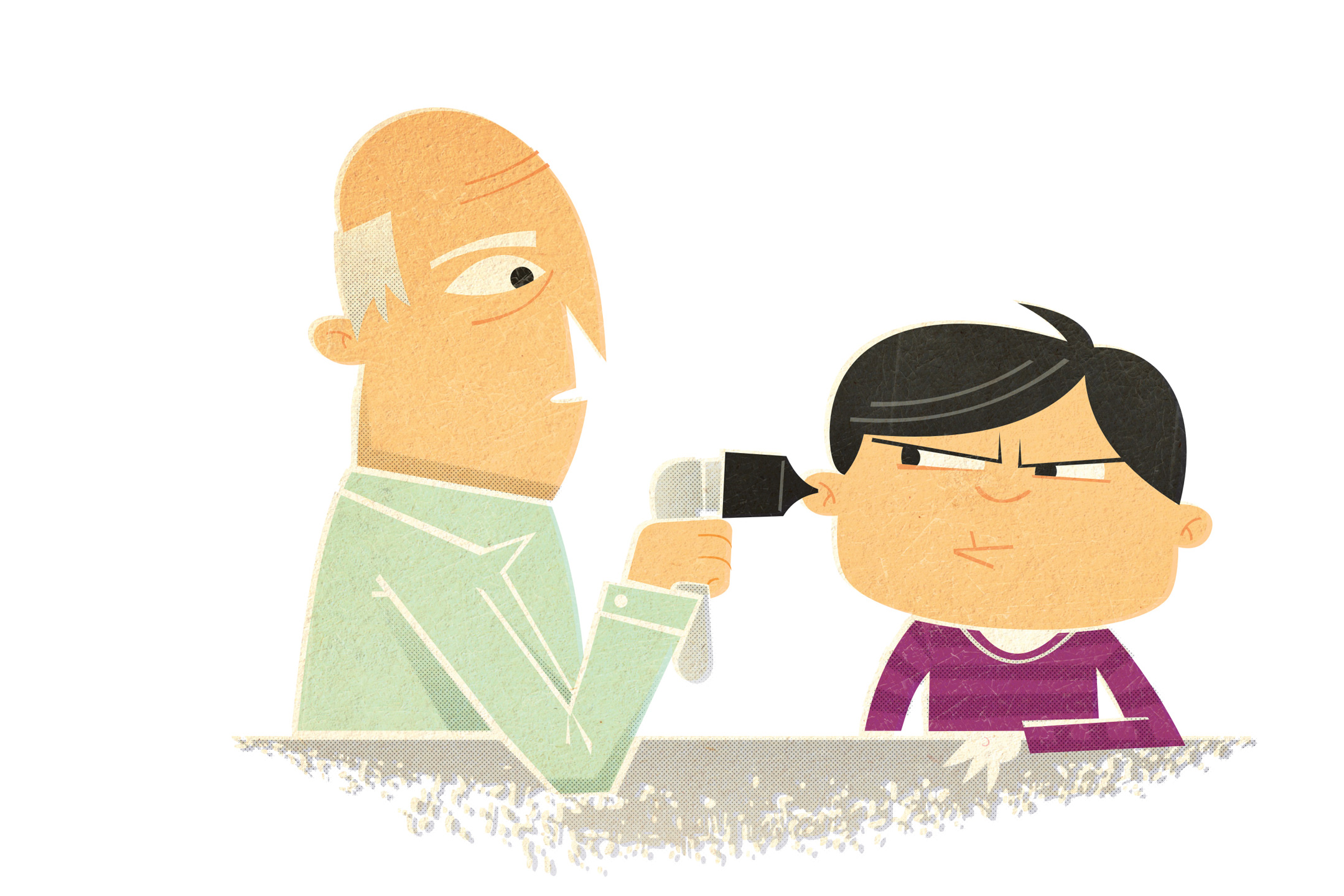 My son Sam is five years old. He has auditory-processing difficulties and social-skills problems – and I believe the situation was preventable.

I was constantly on guard, ready to leap in and prevent the next attack

The behavioural problems began when he was about 11 months. Sam started pulling my hair and biting me, and then he started attacking everyone. At the park, he held kids down by the hair and bit their heads. I was horrified. I went to see the child-health nurse for advice and she told me to remove him immediately from the bitten child, saying ‘no’ firmly. “He will eventually get the message,” she said.

At 18 months, Sam was still relentlessly pulling hair and hurting children. I was constantly on guard, ready to leap in and prevent the next attack. I was desperate for answers. I went to the child-health nurse repeatedly for advice, and also consulted a GP, a Chinese-medicine practitioner and an allergy specialist. Nothing made the slightest difference.

When Sam was 19 months old, his brother Max was born. Sam mercilessly attacked Max at every opportunity. By the time he was two, nothing had changed; Sam hurt Max, any other child in his vicinity, and his adoring parents. I sought behavioural advice and implemented various recommendations, none of which reduced the aggressive behaviour. By two-and-a-half, my raging toddler had almost driven me to the edge. The aggressive behaviour continued, but by this time he was also destroying property and was disobedient. I’m ashamed to say there were times when I yelled at Sam so loudly that my throat hurt.

A child psychiatrist, psychologist and speech therapist evaluated him

The child-health nurse eventually referred Sam for an autism assessment. A child psychiatrist, psychologist and speech therapist evaluated him and concluded he didn’t have an autism spectrum disorder. I took him to a new GP, who told me his behaviour was not normal, and an appointment was made with a paediatrician. At around this time we also became aware Sam was snoring and experiencing sleep apnoea (short periods without breathing). He dribbled when he was awake and his mouth hung open.

One day at kids’ gym, I noticed another little boy just like Sam. He was hurting other children without provocation. He appeared happy, but played with little focus and was unresponsive to his mother’s attempts to control his behaviour. She told me her son had just been diagnosed with a blockage in his middle ears and needed to have grommets (small tubes) inserted into them to drain the fluid.

I made an appointment with an ear, nose and throat specialist. After investigation, the doctor said, “The problem is Sam’s ears. He has fluid in both middle ears and it is probable he has heard very little for a long time.” “Would this be causing his aggressive behaviour?” I asked. “Undoubtedly. Hearing loss is associated with behaviour problems and language delay in children. Sam’s speech does seem impaired for his age.” The puzzle was solved. Sam had ‘glue ear’, in which enlarged adenoids cause fluid to build up inside his middle ears, resulting in hearing loss and pain.

To confirm the diagnosis, Sam was sent for a hearing test. I tried not to cry as I watched him fail to respond to the little beeps and tones in the sound booth. He couldn’t hear. It seems ridiculous that we didn’t know. It hadn’t occurred to me that once-perfect hearing could deteriorate over time. But, with hindsight, I realised the signs had been there. His language wasn’t developing as it should have been (I didn’t realise this, because his behaviour meant we had limited contact with other children). He ignored me most of the time, spoke to no-one outside the family, still put everything in his mouth, and noticed absolutely everything around him.

Sam was my first baby, which meant I had no yardstick against which to measure him. Frustratingly, the many health professionals I consulted hadn’t suspected hearing loss either. Why didn’t the child-health nurse or the speech therapist suggest we have his hearing tested? Were they not aware of the link between behavioural problems and blocked ears?

We were thrilled to discover he could hear.

Sam underwent the operation to have his adenoids removed and grommets inserted. As soon as the anaesthetic wore off, we were thrilled to discover he could hear. “What’s that, Mum?” followed every normal noise. His vocabulary and pronunciation began to improve, and his breathing was quiet when he slept. However, his aggressive behaviour, as I had been warned, took a long time to settle down.

The long period of hearing loss left Sam with symptoms of auditory-processing disorder. It’s hard for him to understand other children when the surrounding environment is noisy, and he often mishears us. Sam still sometimes hits other children when he can’t find the words he needs, but is undergoing speech therapy to help counter this.

Our third son was born 18 months ago. When he was 10 months, I noticed signs of hearing loss and had him assessed for glue ear. At 11 months, he had surgery to insert grommets and remove his adenoids, preventing a future of auditory problems and social dysfunction.

How I wish I could go back and put tubes in Sam’s ears when he was 11 months old. I can only tell our story and help raise awareness about the relationship between aggression and glue ear.

03 Mar 2019 to 09 Mar 2019. Hearing Awareness Week is Australia’s annual event to raise community awareness of hearing impairment and ways to protect your hearing. One in six Australians is deaf or hearing impaired or has a chronic ear disorder