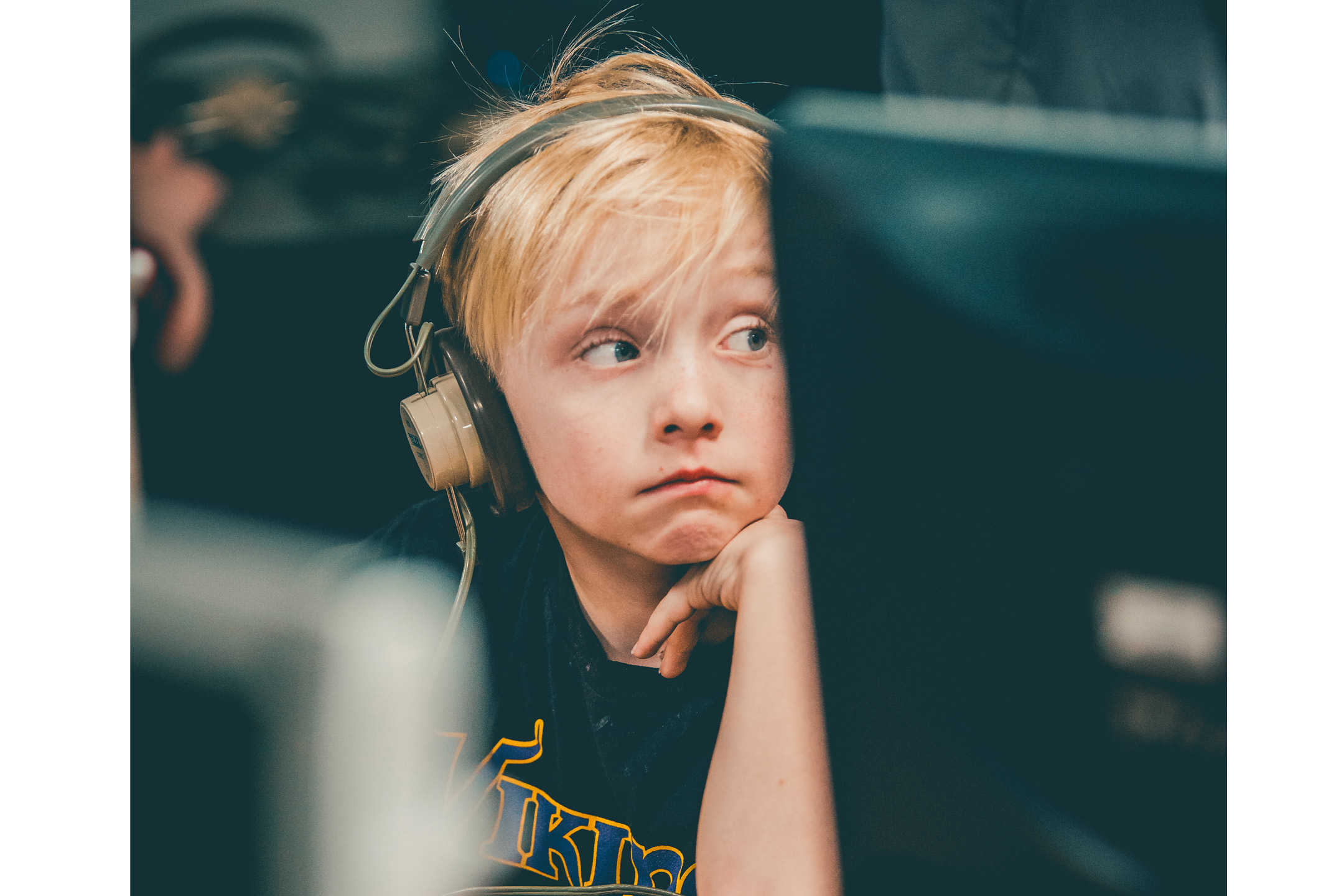 Posted at 11:05h in Editors Picks, Inform by admin

Every parent cherishes their child’s first words. Those meaningful, gabbled sounds that chart their development from passive infant to interacting person. Speech and language define how we engage with the world. They are the building blocks of learning – yet many children of pre-school age struggle with this early life skill. Speech and language delays affect as many as one in five children by the time they start school. Of these, half have a stutter. Some children overcome these problems naturally, but others require early intervention such as speech therapy.

Speech and language problems vary in severity and can initially be difficult for parents to detect. However, stuttering, characterised by the prolongation and repetition of sounds and words, is more apparent. Clinicians aren’t certain what causes stuttering, but believe it is the result of a breakdown in the neurological pathways governing speech.

…Stuttering can present as early as age two

Elaina Kefalianos, speech pathologist and researcher at Murdoch Childrens Research Institute, says stuttering can present as early as age two. Onset is most common between two and three when toddlers begin combining words. “Stuttering can be a repetitive behaviour, such as repeating whole words, syllables or sounds,” she says. “Other types of stuttering include sound prolongations, where the person stretches out a sound, and blocks, where a person tries to speak but nothing comes out. They know exactly what they want to say, but sometimes they have difficulty actually saying the words.”

According to the Australian Stuttering Research Centre (ASRC) at U.T.S, 8.5 per cent of three-year-olds stutter. This increases to 12.2 per cent by age four. Research shows that while anxiety is not the causal factor, if stuttering is left unchecked, it can trigger mental-health problems such as social phobia and affect socialisation and academic outcomes. Children can also suffer bullying and disengagement from their peers as early as preschool.

Fortunately, stuttering is treatable with speech therapy and most children will overcome the disorder. However, ASRC founding director Professor Mark Onslow says it is crucial to intervene when children’s speech patterns are not yet fixed, before the child turns five. “If a child over the age of four-and-a-half comes to us, we get a bit panicky,” he says. “There’s clear evidence that during the school years it becomes less tractable, that you can’t hope for good outcomes. The neurology that supports language isn’t fully developed by the time you’re five. By the time you’re an adolescent, all the pathways for speech are laid down.”

For young children, the recognised course of therapy for stuttering is the Lidcombe Program, a parent-led treatment plan based on positive behavioural reinforcement for children under 6. Developed by the University of Sydney in the 1980s, and since adopted by speech pathologists around the world, the Lidcombe Program involves praising children for ‘smooth talking’ and gently correcting ‘bumpy talking’. In weekly sessions with a speech pathologist, parents are taught how to integrate these methods into structured play and conversation. Parents rank their children’s stuttering on a scale of one (no stuttering) to 10 (extremely severe), and monitor their progress. The program is successful for most children, with stuttering eliminated or reduced to very low levels in an average of 12 weeks. Tria Williams enrolled her four-year-old daughter Mae in the program late last year. Mae is now on track to be stutter-free by the time she starts school. Mae started off repeating words at the start of sentences when she was two-and-a-half. With the supervision of a speech pathologist, Tria waited to see whether Mae’s problem would resolve naturally. Her daughter’s stuttering became worse and she noticed she was becoming withdrawn at preschool.

“It was getting to a point where she was repeating almost every word and finding it quite difficult and frustrating to finish a sentence,” says Tria. “We were seeing signs of her frustration through her behaviour. Tantrums were happening quite a lot. I found it very stressful and heart-breaking to see her get really frustrated.”

Another parent, Naomi, started her son Dylan in the program aged two-and-a-half. Dylan had a level-eight stutter and it was eroding his confidence. Within eight months of treatment, his stuttering was low to non-existent. Naomi says the treatment process was very emotional and intensive. She has since started a support group for parents with children who stutter. She says carers should trust their instincts and not be afraid to seek treatment, and challenge doctors who play down their concerns. “You’re watching your child not being able to get out their words. When you’re in it, you don’t feel they’re ever going to recover. It’s very intense for the parent,” she says.

If you have a speech problem or you’re stuttering, you’re more likely to get teased and bullied by other kids

Equally troubling for parents are children who struggle to be understood because of a speech or language delay. Children with a speech delay have trouble articulating words and sounds. A language delay affects comprehension and how children process language and join words together. Speech pathologist Stephanie Rickard says by age three, toddlers should be easily understood by their parents and familiar people. They may have some sound errors, particularly on R, V, and Th sounds, which develop at school age, but the consonant sounds – P, B, M, T, D, N, H, W – and most vowel sounds should be clear.

The warning signs of a language delay become apparent at age two. Signs include if a child speaks fewer than 50 words, can’t combine words or has difficulty following simple instructions. Behaviour can also be an indicator. Children who can’t communicate properly can exhibit frustration. Conversely, they may also be quiet and become socially withdrawn.

Professor Sheena Reilly, previous Director of Speech Pathology at Melbourne’s Royal Children’s Hospital and the Murdoch Children’s Research Institute and recently appointed Director of the Menzies Health Institute Queensland (MHIQ), says if parents have any doubts about their child’s speech or language development they should have them assessed. “Early intervention is really critical. Language is one of the most important skills children master in those early years. It’s the foundation of their academic achievements,” she says. “If you have a speech problem or you’re stuttering, you’re more likely to get teased and bullied by other kids. If you’re not able to express yourself in the playground, kids aren’t going to interact with you in the same way. It does have a major impact. Not just educationally, but we really worry about the children’s social and emotional development.”

One of the biggest obstacles for parents accessing speech therapy is cost, with some speech pathologists charging up to $90 for a half-hour session. Medicare does not generally cover private consultations unless the child has other complex medical needs. Patients in the public system can wait more than a year for an appointment. Speech Pathologist, Christine Lyons, says the lack of funding means some children fall through the gap. “I think in some respects what’s happening more and more is that only those who have private health cover with extras, and enough disposable income, can afford speech therapy.”

In four years the ASRC plans to launch a free version of the Lidcombe Program online. Mark Onslow says the project, funded by a $4.8 million Federal Government grant, will provide a web-based tool kit for parents to administer speech therapy at home. He says the website will target the 50 per cent of parents who can’t access a speech pathologist, primarily because of the cost or their remote location.

Naomi has also taken up the cause for parents who can’t afford speech therapy. She is raising $50,000 for a separate ASRC initiative to bring the Lidcombe Program to children on public waiting lists in Victoria. The money will be used to train speech pathologists in treating children in a group-patient setting, with therapy sessions delivered through La Trobe University. She wants to bring hope and inspiration to other parents, and show them stuttering need not be a life sentence. Naomi’s son is testament to that. Almost a year after he started treatment, Dylan stood in front of dozens of people to give a speech at his great-grandmother’s 80th birthday. “The fact that he could give a fluent speech and be confident was amazing,” Naomi says. “We were just so happy for him that he could express himself confidently, that he had no inhibitions and was just happy.”