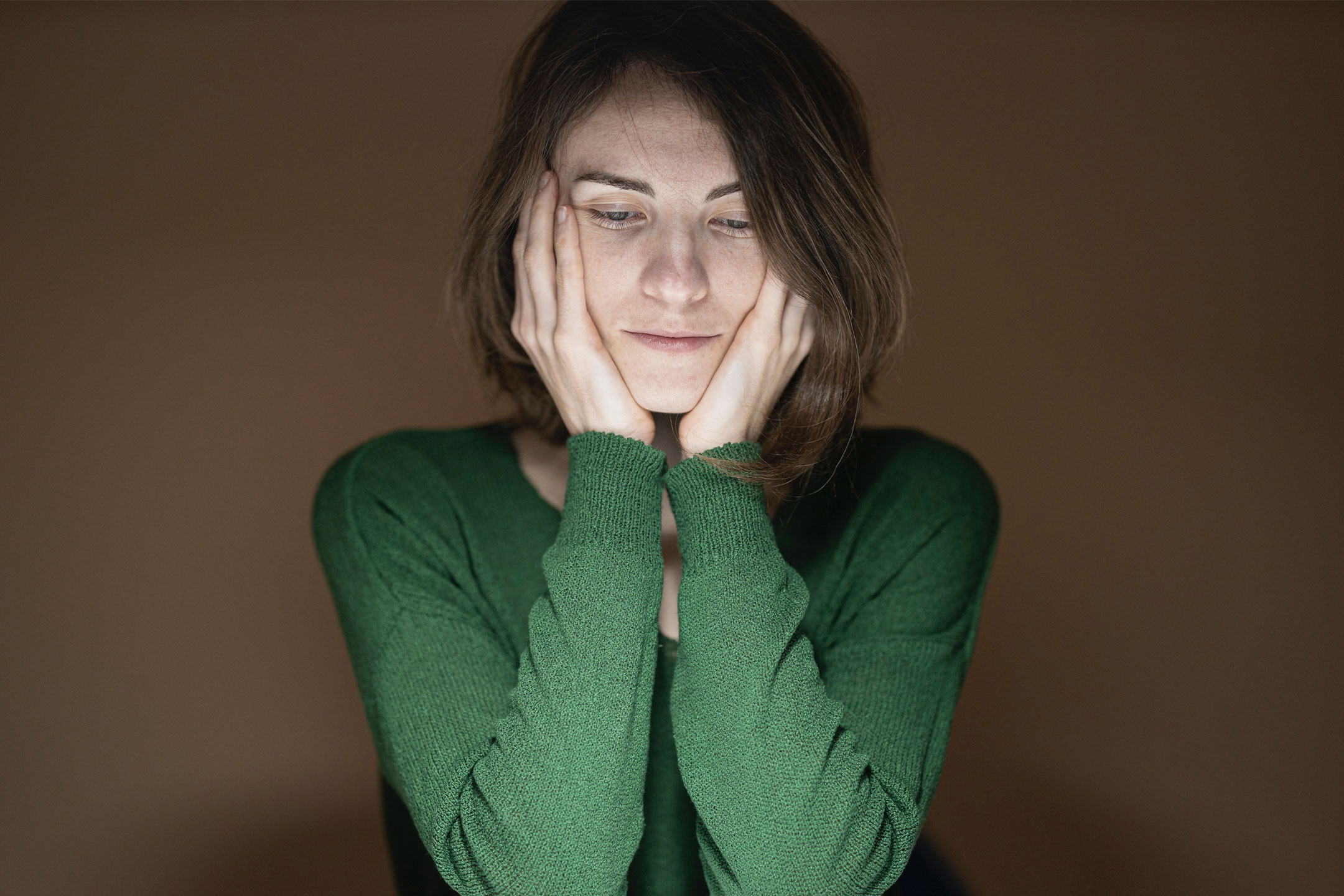 21 Apr My Year Of Infertility

Posted at 15:43h in Editors Picks, Inform, Inspire by admin

Infertility affects countless women, but what if we are unconsciously preventing ourselves from falling pregnant, asks Rachel Freeman.

We had been married a month to the day when I realised my period was late. We’d made the decision to delay our honeymoon so we could spend time with overseas guests. Each Friday night we would toast to another week of marriage with cocktails and lavish dinners.

The morning of our one-month anniversary, while getting ready for work, I lamented about the fact that my period (regular as clockwork) would arrive by evening.

Two weeks later, with no period in sight, curiosity got the better of me. I hot-footed it down to the supermarket and picked up the most expensive early pregnancy test kit I could find. While we were no doubt being pretty active, we were not actively trying to get pregnant. Could it really be this easy?

As I waited for the little blue lines to appear, I counted the months on my fingers. June! I’d have a June baby. Ridiculous thoughts about how the extra weight would keep me warm throughout winter were dashed as soon as I looked down and saw just one lonely blue line. To say I was upset would be dishonest. I felt indifferent: happy that I’d get to be a selfish 20-something a little while longer, yet a little miffed that I’d let myself look forward to choosing baby names and planning maternity leave over the past two weeks.

My husband’s reaction was similar. “It’s OK,” he’d said, “we’ll keep having fun trying.” And that was it. Until another month went by.

By now, I was convinced I’d received a false negative. Food items I could normally stomach (balsamic vinegar) made me heave and I was feeling more exhausted at the end of each day. I saw my GP who ordered a blood test, and a week later when the results came back negative, I was sure it was just my body readjusting to coming off the pill.

By January, it had been four months without a period and I began to worry. Another visit to my GP confirmed my fears. After my previous blood test, she had flagged an abnormality and requested an urgent MRI. The note on my file revealed sky-high levels of prolactin, a hormone secreted by the pituitary gland. This explained why I was sans-period. My hormones were telling my body not to ovulate because I had the prolactin levels of a pregnant or lactating woman. My body was actively forbidding itself to fall pregnant.

The MRI was one of the most terrifying medical procedures I’ve encountered. A 30-minute session was drawn out to an hour and a half. As I arrived back at work following the MRI, my phone rang. It was the imaging centre, requesting I return immediately for the second lot of scans. “Drop everything,” they said. They’d fit me in as soon as I arrived.

I called my husband. “Meet me there,” I managed to sob, convinced they were assessing the size of the malignant brain tumour they’d just found. It was difficult to think rationally when I’d just been summoned using terms like ‘urgent’ and ‘immediately’. My GP had already warned me it was possible I was suffering from a prolactinoma, a benign tumour of the pituitary gland, and I’d Dr Google-diagnosed an early, childless death for myself.

The MRI revealed nothing but minuscule tumours on and around my pituitary gland, so inconsequential they really didn’t warrant mentioning. I was told that most adult women have them, and while a relief, this information didn’t bring me any closer to finding the reason I wasn’t ovulating.

A referral to a gynaecologist was expensive and fruitless. I paid $300 for her to tell me I had lovely shiny hair and that she was looking forward to seeing me when I was “nice and fat with a baby inside”. She didn’t even examine me. I was then referred to an endocrinologist whose next availability was in three months.

It’s when you have no control over a situation that you desire it most. I couldn’t sit and wait the three months out when there were endless opportunities to do something about my fertility (or lack thereof).

Over March, April and May I had weekly appointments with a massage therapist, chiropractor, kinesiologist and acupuncturist. I was advised to abstain from wheat, coffee, soy, alcohol and sugar. As a vegan, this left me with very little joy when it came to eating. I began taking biotin, vitamin A, Chinese herbs and a pregnancy supplement with added iron. It was all-consuming, but I was convinced it was worth it for something I realised I wanted so badly.

One morning, the kinesiologist observed, “You’re very thin”. “It’s all the wedding weight I lost,” I lied, “it’s stayed off”. Her silence was enough to communicate that she didn’t believe me. I’d been taking care of my body and liked that I was slim and athletic. She then told me we were going to try something a little different this time, a session of affirmations. I found myself uttering, “Only my nourished body can nourish a baby” and “I love my body the way it is”. Although I played along, I was horrified that she was insinuating I was doing this to myself, and putting my appearance before potential motherhood. I never went back.

Finally, the date for my appointment with the endocrinologist arrived. She asked me to stand on the scales and without announcing my weight asked me about my exercise. “That’s a lot,” she said, “can you cut back?” I shook my head, “I should be doing more”. “Your BMI is 18, it’s in the underweight range. Your body is telling you that now is not a good time to get pregnant.”

Her friendliness turned to a clinical, ‘here-are-the-facts’ demeanour. I was placed on hormone-lowering medication and made an appointment to see her again in another three months.

Maybe it fell on deaf ears for a time or perhaps I really had become a little too thin, but I noticed that comments about my appearance were beginning to take on a concerned tone.

Faced with another three months of sitting and waiting, I instigated ‘Operation Fertility’. I began eating a higher quantity of fats and upped my calorie intake with carbohydrates and larger portions. I began exercising five days a week instead of seven and didn’t punish myself if I skipped a workout.

The weight crept on. Slowly but surely, my pants got a little tighter and my tummy a little less toned. I put on four kilograms in six weeks.

Then, one morning, I was woken by the unmistakable discomfort of period pain, after an 11-month hiatus. It was an incredibly strange feeling to wish for something you’ve spent your entire adolescent and adult life cursing.

So here I am, 12 months later. In many ways, I’m disappointed that the stress and longing has overshadowed our first year of marriage, but I’m grateful that I’ve come to know how powerful our bodies are when it comes to giving you what you need. I truly believe that my high prolactin level was a direct result of being underweight and a way for my body to prevent itself from carrying a malnourished child. I was not healthy myself. Although it’s sometimes difficult to accept the extra weight I’m now carrying (it is invisible to others, I know), I’m now mature enough in mind and body to fall pregnant.