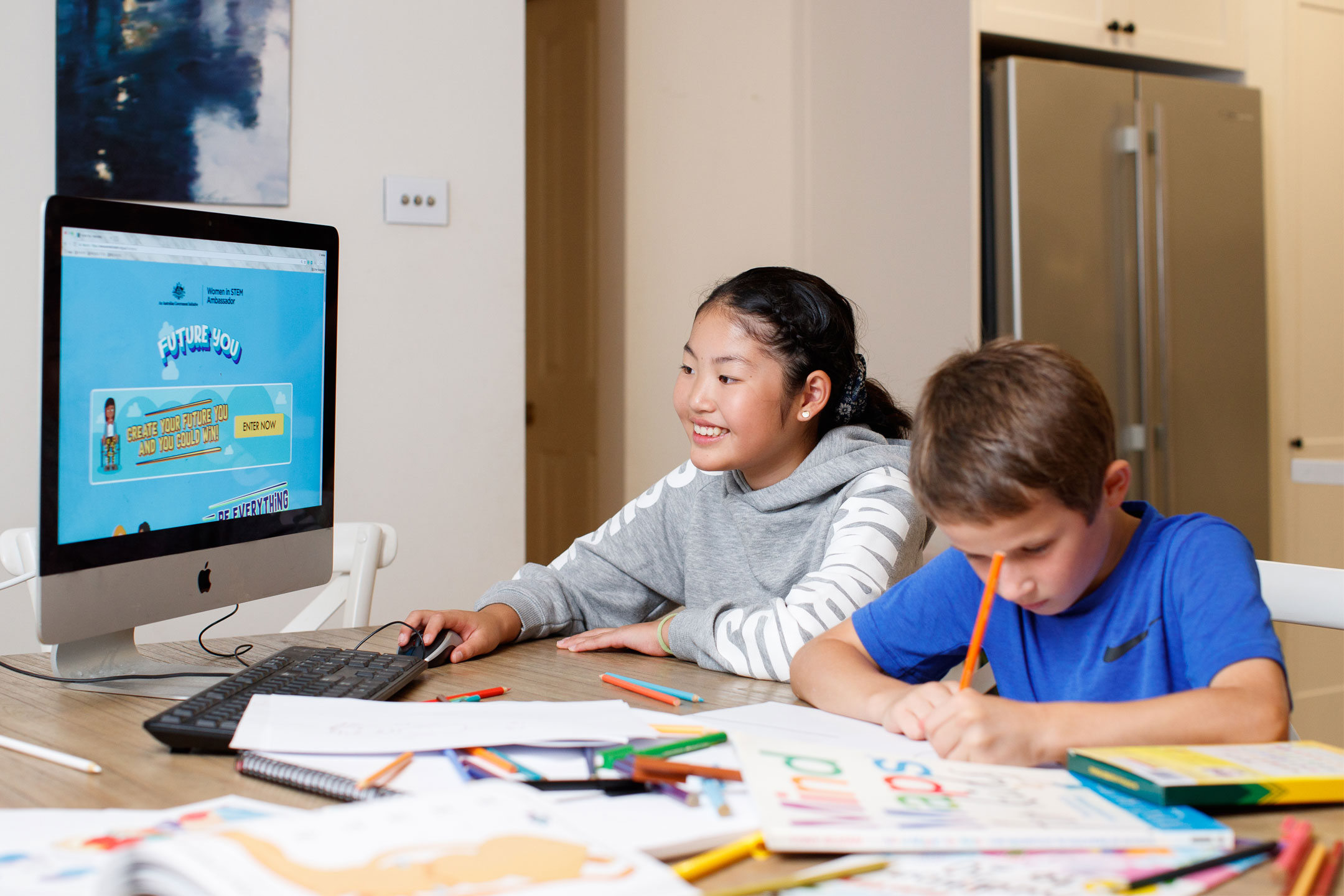 Posted at 20:00h in Education, Inspire by Editor

A national competition has been launched to help smash gender stereotypes about careers using science, technology, engineering and mathematics (STEM). It closes on 11 April.

The  ‘Create Your Future You’ competition asks children aged 8-12 years to consider their ideal STEM career and explain how they would change the world for the better using these skills.

The Future You initiative is led by Professor Lisa Harvey-Smith, the Australian Government’s Women in STEM Ambassador. Professor Harvey-Smith said children as young as six years old are influenced by gender stereotypes which can impact their interest in STEM and by 10-14 years the STEM gap between girls and boys widens.

Professor Harvey-Smith added: “Before seeing the campaign, only 20% of girls aged 8-12 said they were ‘very interested’ in STEM but after seeing Future You, that increased to 68%.  Boys also benefited, with strong interest in STEM increasing from 43% to 60% after interacting with the career videos, games and quizzes.

The winning entries will have their very own character join the Future You website alongside the 12 existing animated characters. The diverse Future You role models represent jobs that people may not realise require STEM skills including Blake the farmer, Grace the game designer, Noah the nurse and Mirra, the Moon to Mars Mission Director.

“We know the 8-12 year age group is critical to longer term interest in STEM careers. The Future You platform was designed to engage these children and excite them with the many career options that require STEM skills and more importantly, to show that these jobs are for everyone,” said Professor Harvey-Smith.

“The perception that some STEM fields are a better fit for boys is one of the biggest barriers to girls’  pursuing STEM studies. We need to overcome these stereotypes early and show all children in this age group that STEM is an exciting and rewarding career for everyone.”

Since its recent launch, more than 2.3 million young Australians and their parents and carers have explored Future You. Children’s perceptions of STEM jobs as being for women, or women and men equally, improved after engaging with platform.

“These statistics are extremely encouraging considering in 2019/20, 27% of Year 11 and 12 girls considered STEM-related subjects vs 48% of boys. Future You is showing the power of engaging with our younger generation to ensure women study, enter and stay in STEM careers down the track”.