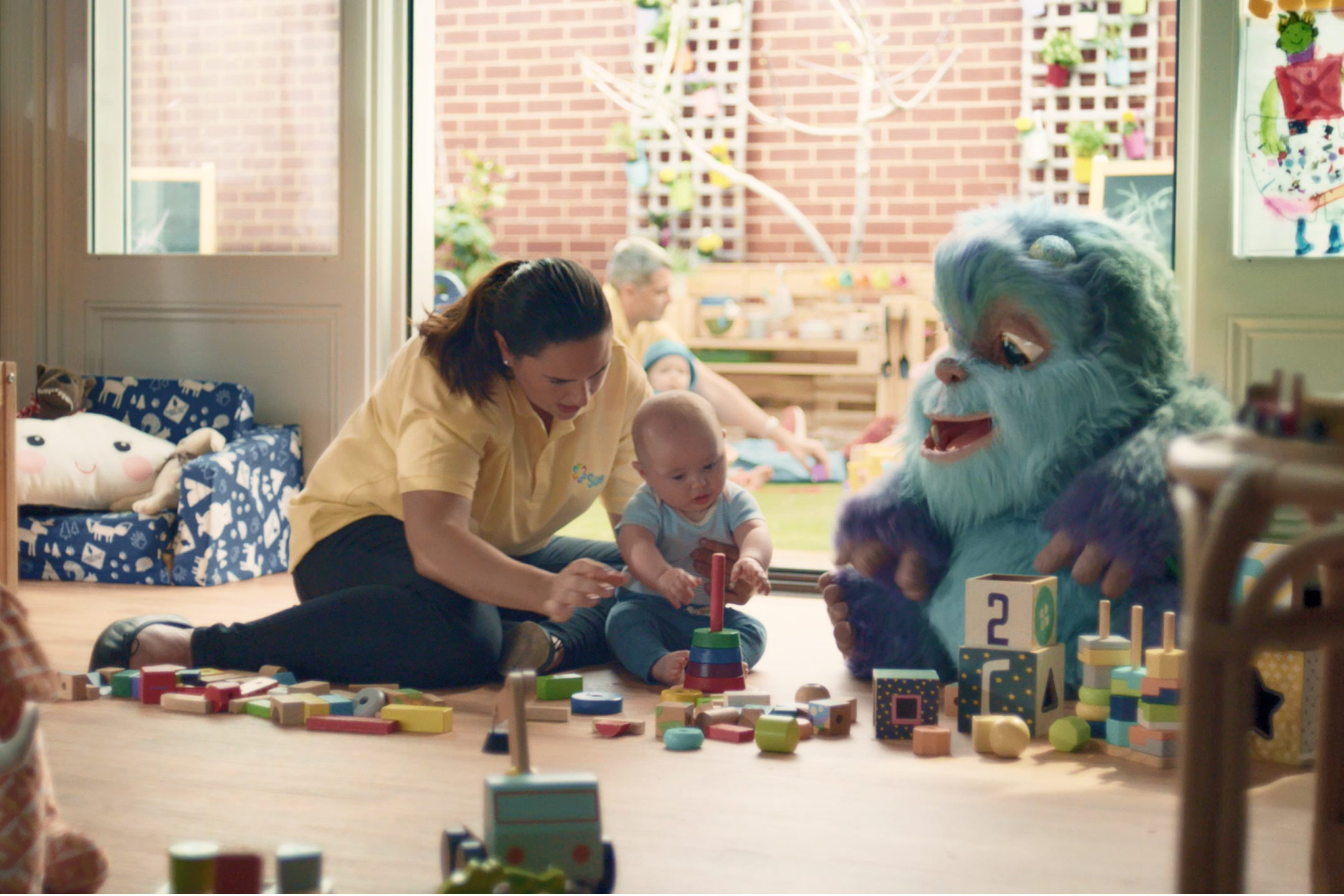 Posted at 07:00h in Education, Inform by admin

The message may sound simple but it’s a strong and important one, central to a new early childhood awareness campaign from the world leading researchers at Telethon Kids Institute and the philanthropic Minderoo Foundation.

The eight-week campaign challenges thinking about early brain development. Featuring a cute blue critter, known as Bobbie, which represents a baby’s brain, Bright Tomorrows Start Today shows how the brain is stimulated by quality interactions and experiences with parents and carers.

Created by CoLab – Collaborate for Kids (a partnership between Telethon Kids Institute and Minderoo Foundation) the campaign aims to challenge thinking about brain development in babies, with more than a million neural connections a second built in the first three years of a child’s life. Based on the latest child development science, it responds to gaps in understanding mapped by US-based social research organisation, Frameworks Institute.

CoLab director Professor Donna Cross (the 2012 West Australian of the Year) said the campaign was an important step in changing public thinking about the importance of building young brains from birth.

“Building young brains in the first three years of life gives children a well-rounded start, improving their health, social and emotional wellbeing, even reducing their risk of chronic illnesses like cancer and heart disease later in life,” Professor Cross said.

“Activity in a child’s brain peaks from birth to three years of age — long before children start at kindergarten or school — and during this time are most receptive to the influence of relationships and experiences.

“This campaign challenges the idea that babies are sponges that passively soak up their surroundings. In fact, the research behind Bright Tomorrows shows that quality interaction with a baby or toddler – reading a book or blowing raspberries on their tummy – builds the connections in their brain which sets them up for a better future.

“As we show in the campaign, babies’ brains light up with excitement and activity, triggering up to a million neural connections every second in response to adult voices, smiles and attention. Repeated, these connections form pathways that shape their thinking and emotional patterns for life and influence their approach to learning, relationships and tackling challenges.”

Minderoo Foundation co-founder Nicola Forrest said the whole community, not just parents or caregivers, had a role to play in ensuring every child received the best start, from as early as conception.

Bright Tomorrows Start Today is part of a broader CoLab project advocating early intervention and support to give all children the best foundation in life and opportunity to reach their full potential. CoLab – Collaborate for Kids is a partnership between the Perth-based Telethon Kids Institute and Minderoo Foundation.