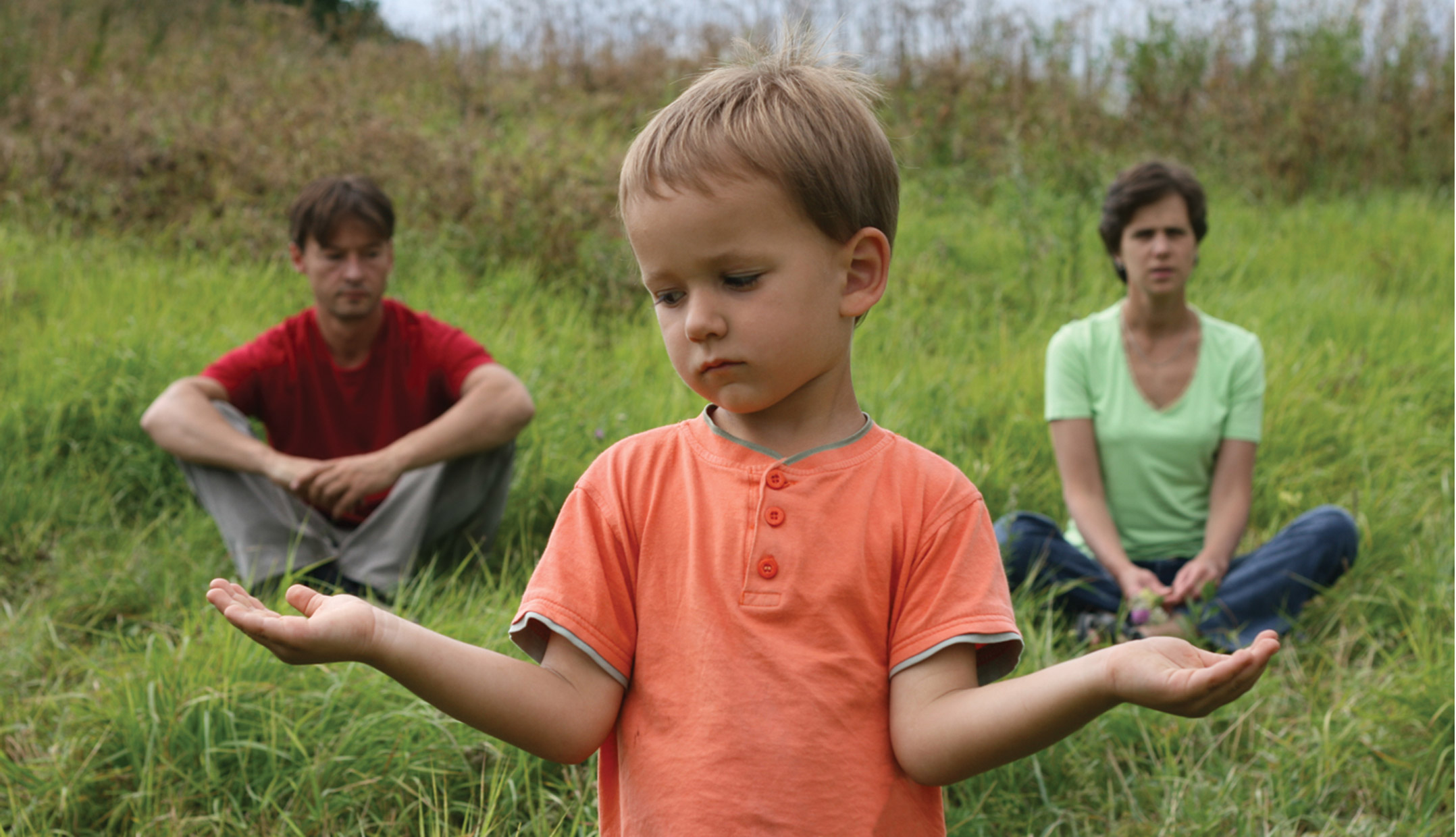 28 Mar Not In Front of The Kids

Victorian barrister Celia Conlan, advocates for separated parents to take a conciliatory approach when dealing with arrangements relating to their children.

In our society, in which almost everything has a price, most of us cling tightly to our investments. Some parents even view their children as investments, or as vessels for the realisation of their dreams. This may seem a little harsh, but you only need to observe the behaviour of some parents ‘supporting’ their children in competitive events, or ‘encouraging’ certain career paths, to understand that parents can find it difficult separating their own aspirations and interests from those of their children.

The way family law works contributes to this blurring of boundaries because it encourages parents to concentrate on identifying and protecting their own interests rather than on adopting a partnership approach. While this makes sense for the division of assets and possessions, it should never apply to issues to do with children. If a parent enters into proceedings with strong ideas about how their child should develop, and with the notion that they in some way ‘own’ their child, they will inevitably encounter conflict. This will be especially so if the child’s other parent holds a different, but equally strong, view about how their child should be raised. When this happens the actual rights and interests of these little ‘investments’ – never mind the children’s own dreams and desires – can be overlooked.

Children present an extremely effective means of punishing, shaming or bribing an ex-partner

I believe that another reason why children get dragged into a conflict between their parents derives from a surprising source – the nature of the family law system. The introduction, in 1975, of this no-fault jurisdiction, which meant that couples could divorce after 12 months’ separation, was a terrific improvement and eradicated some of the more unsavoury aspects of a divorce that had depended on proving one partner’s guilt.

Unfortunately, this improvement brought with it the risk that people who felt that they had been wronged would look elsewhere for public acknowledgement of the perceived sins of the other party, in the hope of achieving vindication or even revenge. In a system that doesn’t allow one parent to be recognised as the better partner, being acknowledged as the better parent can be the next best thing for some aggrieved parents.

Children present an extremely effective means of punishing, shaming or bribing an ex-partner. Other parents may not be motivated by this desire for revenge or vindication but may be handicapped in their efforts to resolve separation issues by an incapacity to share things, or people, they believe belong entirely to them. For many parents caught up in separation conflict, it is a complex combination of all these shortcomings that makes resolution impossible and court intervention inevitable.

Children can also become innocent victims of separation conflicts through what I call the ‘bad-smell syndrome’. As time goes by, people move on after separation, and their lives go in new directions – often involving a new partner and potential stepparent. The ex-partner, despite being the rightful parent of the children, can start to be perceived as an unpleasant reminder of a phase of family life that is best left behind. The ex-partner, merely through being involved in the lives of the children, ties both parents to routines, relatives, regions – even countries.

The bad-smell syndrome affects individuals to varying degrees, and it’s good to be aware of this so you don’t catch it or inflict it on others along the way. A parent suffering a mild dose of it may occasionally vent his or her frustrations about co-parenting to the children, but will otherwise get on with life while begrudgingly facilitating contact between the children and the other parent.

I am only talking here about circumstances in which a child has not been subjected to any actual harm or risk of harm from their other parent. Sadly, there are incidents where one parent will hurt their child or children – in which case it is entirely appropriate for the other parent to protect them from any further damage. This can mean removing the offending parent from the picture, if necessary by a court order or through the intervention of child-protection authorities if the harm is significant. In this context, a child is likely to be better off having no contact with the abusive parent.

When I meet with children in my role as child representative, it is common practice for one or other of their parents to bring them into our offices. Before inviting the children to speak with me, I introduce myself to the family in our waiting room. After that, the children are usually happy to go off with me to a meeting room where I explain my role to them and we discuss their family situation. I then return the children to their parent in the waiting room. This can prove to be the most telling part of the interview.

Most parents greet their children warmly upon their return, and while they may pause to thank me for seeing the children or to clarify the next step in the process, they don’t linger to discuss anything in dispute. However, a significant number of parents greet me with something like: “Did he/she tell you about his/her mother/father…?” or “Did you hear what he/she (the other parent) did last week?” I anticipate these questions to some extent and am careful to shut down discussion as quickly as possible, usually with a pointed glance at the children, or a reminder that it is not appropriate to discuss any aspect of the dispute in front of the children. I remind them that they can telephone or write to me if they are representing themselves, or they can make contact with me through their solicitor.

Despite my endeavours to delay such discussions to a more suitable time, some parents insist on making their point about the faults of the other parent and appear quite oblivious to their children’s discomfort.

Denigrating a child’s parent is distressing and can be very harmful, not only to that relationship but also to the child’s capacity to recognise and form appropriate relationships in the longer term. If a child, through being exposed to such denigration by one or other parent, decides that this is an acceptable way to treat anyone they form a relationship with, the child may find him or herself friendless and lonely in their adult years.

Denigration in the context of a family-law dispute includes demonstrating to your children a negative attitude about their other parent. It usually takes the form of making derogatory remarks or ‘bagging’ the other parent, either directly to the children or within earshot of them. This often occurs when parents come face to face with one another, and ‘have words’ or cause a scene. However, it is not confined to directly criticising the other parent to the child and includes participating in any form of negative behaviour concerning the other parent where there is a reasonable risk a child may be exposed to such behaviour.

Some of the most inadequate partners can make terrific parents

More discreet parents may choose to scream abuse at each other down the phone when the children are assumed to be out of earshot. Often parents invoke the help of third parties to impress upon their children how awful or inadequate their other parent is. New partners or grandparents can have difficulty hiding their opinions in front of children, particularly when they harbour negative views about how the other parent has treated their loved one.

Some parents may be tempted to take advantage of this lack of discretion to ensure the children get a clear message about the shortcomings of the other parent, albeit not from them. Third parties may also be the victims of denigration if one parent decides to write off the entire family of ex-in-laws along with their ex-partner. On the other hand, I think that new partners in ugly separations must be the most slandered class in society.

No matter how subtly or indirectly you denigrate your ex-partner and his or her associates, children are very sensitive to their parents’ attitudes and they will usually be in no doubt about how you feel. Even if you justify it by arguing that children need a full understanding of the other parents’ shortcomings, you are missing the point completely.

The tactic of withholding children is usually used by a parent who thinks that if matters are complicated enough, the other parent may just give up in despair

The tactic of withholding children is usually used by a parent who thinks that if matters are complicated enough, the other parent may just give up in despair. What usually happens is that children are withheld from their contact or resident parent consistently, but not to the extent that a Recovery Order is required. A parent who employs the tactic of withholding may arrive late with their children at a changeover. They may book a holiday that is enticing to the children smack in the middle of the other parent’s holiday period, and whip the children into such an excited frenzy that the other parent has no choice but to accede to the alteration.

Being consistently late for a changeover, or frustrating holiday regimes, may seem fairly trivial forms of withholding children – and they are if considered in isolation. However, such behaviour, if it occurs regularly, can be infuriating to the other parent, and this invariably increases the general level of hostility. Children suffer because they are exposed to more conflict, but also because interruptions to their standard regime can be very confusing. I have even seen situations where one parent will obstruct the other’s access to the children, and then tell the children that the other parent didn’t want them. This is, unfortunately, more common than a fair-minded person would like to contemplate.

In more extreme situations, one parent may attempt to withhold the children for longer, or even indefinite, periods by fleeing with the children interstate or internationally. In the absence of violence or abuse from the parent left behind, withholding of this nature is completely unacceptable and even illegal in some instances. Not only does it cause children to be uprooted from their school and friends, it often results in them being subjected to a period of destabilisation while the fleeing parent secures accommodation and some financial security. The Family Court acts quickly and effectively in these circumstances, and the court should be the first port of call to recover children when all informal avenues have been exhausted. The court’s powers are considerable when dealing with parents who contravene the rights of children to this extent: they include the capacity to issue warrants and to incarcerate offenders in the worst-case scenarios.

But it would certainly be preferable if such intervention was not required, simply because parents thought of their children less as investments or possessions and more as individuals with their own sets of rights, dreams and aspirations.

This is an edited extract from Surviving Separation: how to protect your children, your finances, and your sanity by Celia Conlan (Scribe Publications, 2006). Available through larger libraries.