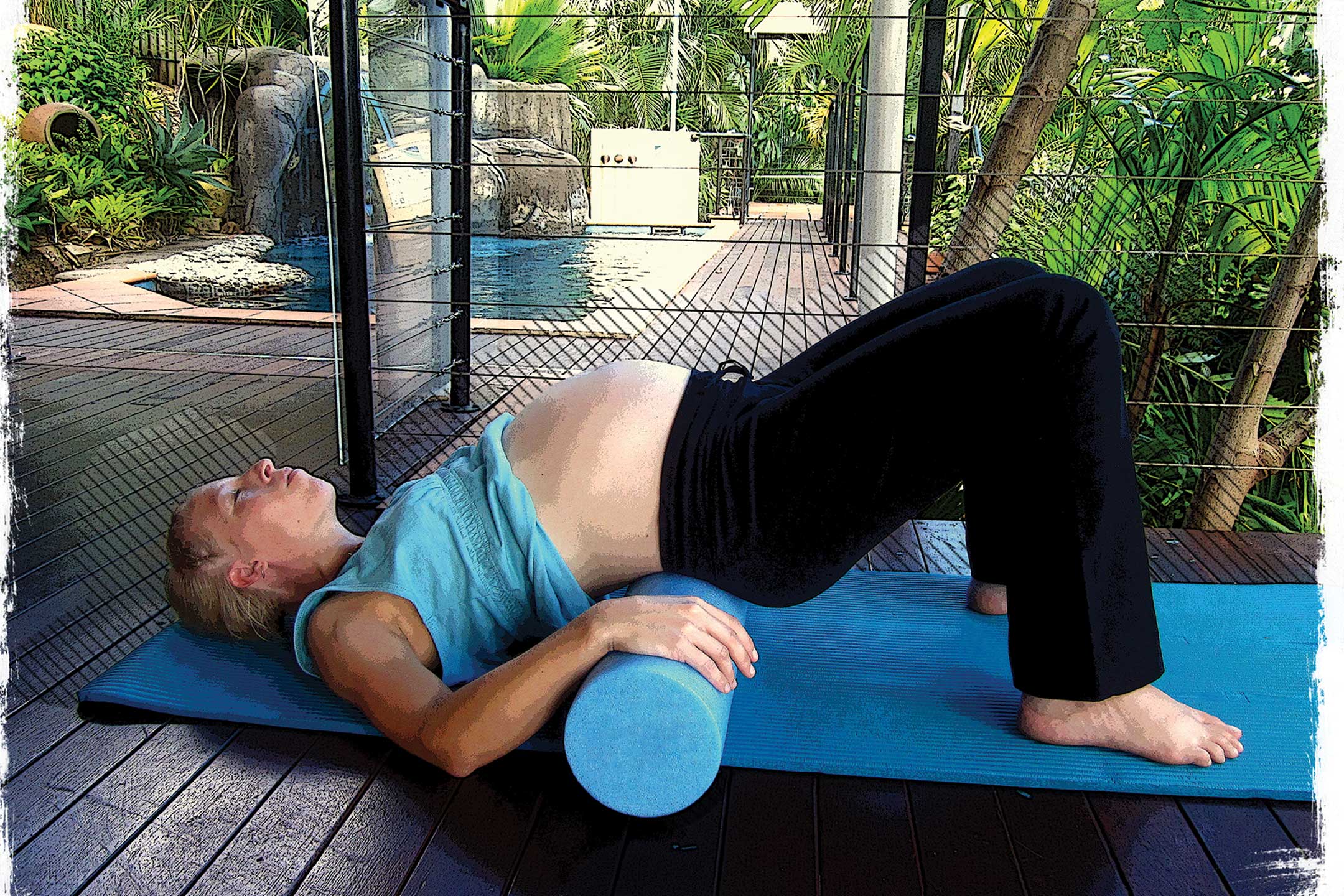 Posted at 10:10h in Editors Picks, Inform by admin

Like many childless women in their late thirties, I had achieved the illusion of having control over my life – from what I ate, to my social activities and daily work. Family planning was no exception. I knew when I was going to have a baby, how I was going to give birth and had my pregnancy path mapped out before I’d bought my first prenatal vitamins.

I was going to be one of those wonder-pregnancy women, only eating organic foods, going for daily swims and long walks on the beach, and experiencing regular surges of creative inspiration thanks to the life-giving hormones flowing through my veins.

Then I fell pregnant and my plans fell to pieces.

My energy levels plunged while my hormones soared, and I was vomiting all the time. The low point came when I was 10 weeks’ pregnant and found myself so dizzy I was crawling to the bathroom with vomit on my nighty, and the force of the retching caused me to have a bladder accident. So much for my sense of control.

Sophie Porche, a yoga practitioner based on the Whitsunday Islands in Queensland, says pregnancy can throw a woman into emotional turmoil. “Hormones kick in, endorphins change and our mind struggles to deal with the ever-changing effects,” she says. Rather than surrendering to hopelessness and panic, Porche recommends regular yoga practice to relieve stress and help restore a sense of control.

“By consciously controlling your breath and synchronising movements, your mind becomes more attuned to your body, allowing you to recognise your physical limitations and capabilities,” she says. “Continual practice not only heightens our physical abilities but also sharpens our inner perception – how we perceive our body, its cycles and development.”

According to Porche, the benefits of yoga on the body are well documented. These include improved balance, coordination, digestion, circulation, stamina, physical sensitivity and awareness. However, the biggest benefits might be those focused on the mind.

Studies have shown chronic stress in expectant mothers can lead to adverse outcomes.

Melbourne obstetrician and IVF specialist Dr Alexander Polyakov says chronic anxiety results in an increased risk of pregnancy complications. “These may be the result of stress-induced increased levels of hormones such as cortisol and adrenaline, which may adversely affect blood flow to the uterus,” he says.

Being more relaxed during pregnancy seems to have the opposite effect. Harvard University researchers found pregnant women trained in mindfulness reported having more positive feelings and less emotional distress, which impacted positively on their deliveries and the overall health of their newborns. “A relaxed mother is in a better position to look after her newborn,” says Polyakov. “This benefits initial bonding, which may improve breastfeeding and have significant long-term benefits for mother and child.”

Katie Brown is a lecturer for the International Yoga Teachers Association’s pre and postnatal yoga diploma course. She says yoga is an excellent way for pregnant women to learn to relax. “Inevitably there will be times when a pregnant woman is fearful or worried, and yoga provides tools for helping to release that stress,” she says. “The breathing practices, visualisations, relaxations and gentle yoga postures help to soften the body and relax the mind.”

Many pregnant women turn to yoga to help calm their minds, including self-employed business owner/operator Tracy Moreton, who found herself having to work even harder throughout her pregnancy. “Yoga was the one place where I allowed myself time to focus solely on myself and my baby,” says Moreton. “The combination of performing postures with the breathing gives a unique focus to mind and body simultaneously, providing a deep sense of relaxation I haven’t found in any other activity.”

Melbourne-based prenatal-yoga practitioner Allannah Law believes yoga can help facilitate a vital connection between mother and child, and she is often told by her students that yoga gives them time to really focus on the reality that there is a new life on the way. “Because yoga targets our hormonal system it brings your emotions into balance,” she says. “When your hormonal system is balanced, your ability to deal with any stress that arises is improved.”

Yoga practitioner and midwife Natalie Burgess from Margaret River in WA says yoga can be beneficial during labour in helping a woman open up and learn to relax the pelvic floor muscles, as well as aiding breath awareness.

While specialists believe yoga is safe during pregnancy, Dr Jyothi Mancheri, consultant obstetrician and gynaecologist at Mackay Base Hospital in Queensland, advises waiting until the second trimester, as some of the deep bends and twists may not be suitable for the first 12 weeks of pregnancy. Mancheri also recommends pregnant women check their teacher’s qualifications and experience, as certain yoga postures should be modified.

Then Porche began to speak, and her voice washed over me like a warm wave

I was in my fourteenth week when I attended my first yoga class run by Sophie Porche, a packet of dry crackers and vomit bag at hand. We began with the savasana pose, which involves lying on your back with your eyes closed, and is aimed at achieving complete relaxation. But with work deadlines looming, I was so uptight you could have bounced a coin off my taut muscles. Then Porche began to speak, and her voice washed over me like a warm wave. “Picture your diaphragm. See it moving downwards as you fill your lungs with air. Hold… Focus on the inner you. Slowly breathe out. Tension floating away.” Mine floated away so effectively I nearly fell asleep.

“The method of pranayama – or wholesome breathing – greatly contributes to centring the body,” says Porche. “But when it comes to the mind, it can prove a difficult task to simply ‘shut off’ the mindless chatter. So let your mind race, but control the direction in which it is going.” Porche believes this process of controlled thought and breathing can help our minds control our body and govern its state of being – especially in pregnancy.

Porche compares it to trying to eat healthy food while having sweet cravings. “You start to visualise eating a chocolate bar,” she says. “Your saliva increases, and all of a sudden your stomach growls and you remember the physical effects of the last chocolate experience. Your body begins to take you on a journey that may well see you face down over the toilet bowl.

“This guise all began in your mind, and as quickly as it came into being you can switch the channel, so to speak. Take your thoughts to a different place and allow your body to align with new imagery.”

Porche maintains that being conscious of our thoughts and state of wellbeing is essential for the health of expectant mother and baby. “Positive thoughts manifest physically in the body, and when sending these feel-good vibes inward you are sharing them with your child.”

I’m now well into my third trimester, and the mind-calming effects of yoga have proved beneficial. And even if I don’t always feel completely in control, I certainly feel more confident.