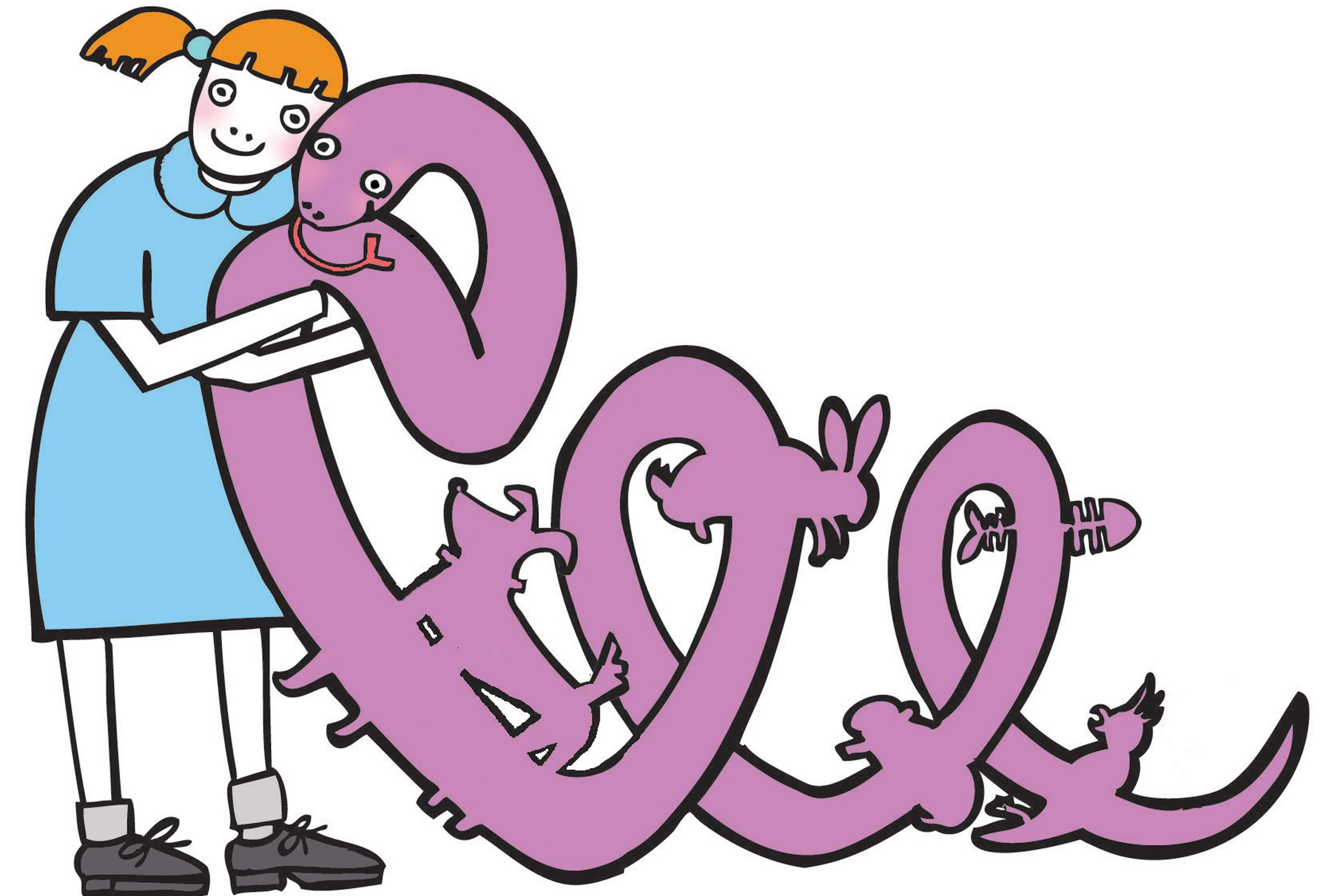 Posted at 10:43h in Editors Picks, Family by Editor

After Vanessa Holt tries many different pets for her daughter, the perfect one slithers onto the scene.

We’ve given a lot of animals a go. The first was a rabbit when my daughter was two. An intelligent (for a rabbit) and friendly creature, it was semi-free range, always using its kitty-litter tray. It was also always using its teeth, chewing through electrical and telephone cords. It enjoyed working on the paint and plaster on the walls and the wood in the skirting boards. As we lived in a rented flat at the time, it had to go. We gave it away.

When my daughter was three, we moved into a house and got a puppy that grew into a big, hairy hound. The dog is with us still. We could have easily stuffed an entire lounge suite, plus a few mattresses, with the hair that she has shed over the years.

We’ve done mice. Cute, but what an enormous amount of work for such little creatures. Neglect the cage momentarily and the stench grows strong enough to knock a door off its hinges. The last mouse died of old age at three-and-a-half.

We’ve done goldfish. Beautiful, but there’s still a fair degree of maintenance. Plus they have the unpredictable tendency to go ‘belly up’, each death resulting in a goldfish bowl full of tears from our daughter. Natural attrition brought an end to the goldfish phase.

We tried guinea pigs. They were lovely, all three of them, with their different colours and personalities. We got them a fabulous cage that could be kept indoors or out. But, in terms of stench, they were mice on steroids. There was a constant explosion of straw and debris from the confines of the cage. The floor of my daughter’s bedroom resembled a barnyard. My daughter did nothing to help. She wouldn’t feed them, water them, clean their cage or her bedroom floor. She wouldn’t even handle them unless a friend came over and wanted to play with one. She liked having them and that was about it. Guinea pigs live for eight years. I was exhausted after one. I gave her the ultimatum: “Look after them or they go”. We gave them away.

Next was a cockatiel. My daughter begged me. I’d looked after every previous animal. I’m still looking after the dog. I was not going to look after a cockatiel. She promised me that she would do it. She was getting older. Perhaps she really was ready for the responsibility. Against my husband’s wishes, I got her a hand-reared cockatiel for her birthday. She was overjoyed.

My husband’s predictions that my daughter would not look after the bird proved to be correct. The bird was messy. It often ranged freely and decorated the curtains with the dripping evidence of its existence. It was noisy. Ear-piercingly noisy. Then my husband smashed his legs and spent months on the lounge in full view of the bird. The bird fell in love with him. At the first sign of my husband waking, the bird would scream until my husband hit the lounge. Initially, my daughter was hurt by this rejection, but as she realised the amount of work that went into maintaining a clean space around the bird, as well as cleaning the cage itself, her pain turned into a lack of interest, and a new home was found.

We’d been holding a steady course with just the one dog when my daughter began working on me to get her a snake. I maintained my resistance for at least a year. What undid me was that a group of her school friends recognised her passion for snakes to the extent that they wanted to pool their money to buy her a reptile licence for her birthday. Knowing nothing about snakes, I promised her one for Christmas. We got her licence and managed to buy her a hatchling Coastal Carpet Python the size of a short shoelace.

Unexpectedly, it has been the easiest animal to keep. No smell, no mess; it is happy if my daughter handles it, happy if she doesn’t. My daughter is actively engaged in the care of the snake – possibly because it requires so little. Just a bowl of water, something to climb, somewhere to hide, and a defrosted mouse once a week or so.

It’s been over a year now, and the ‘shoelace’ is well over a metre long. My daughter’s interest in her snake is growing right along with it. At this stage, it’s unimaginable that she’ll lose interest. But if the unimaginable happens, and my daughter doesn’t want it anymore, ultimately, the snake won’t care.