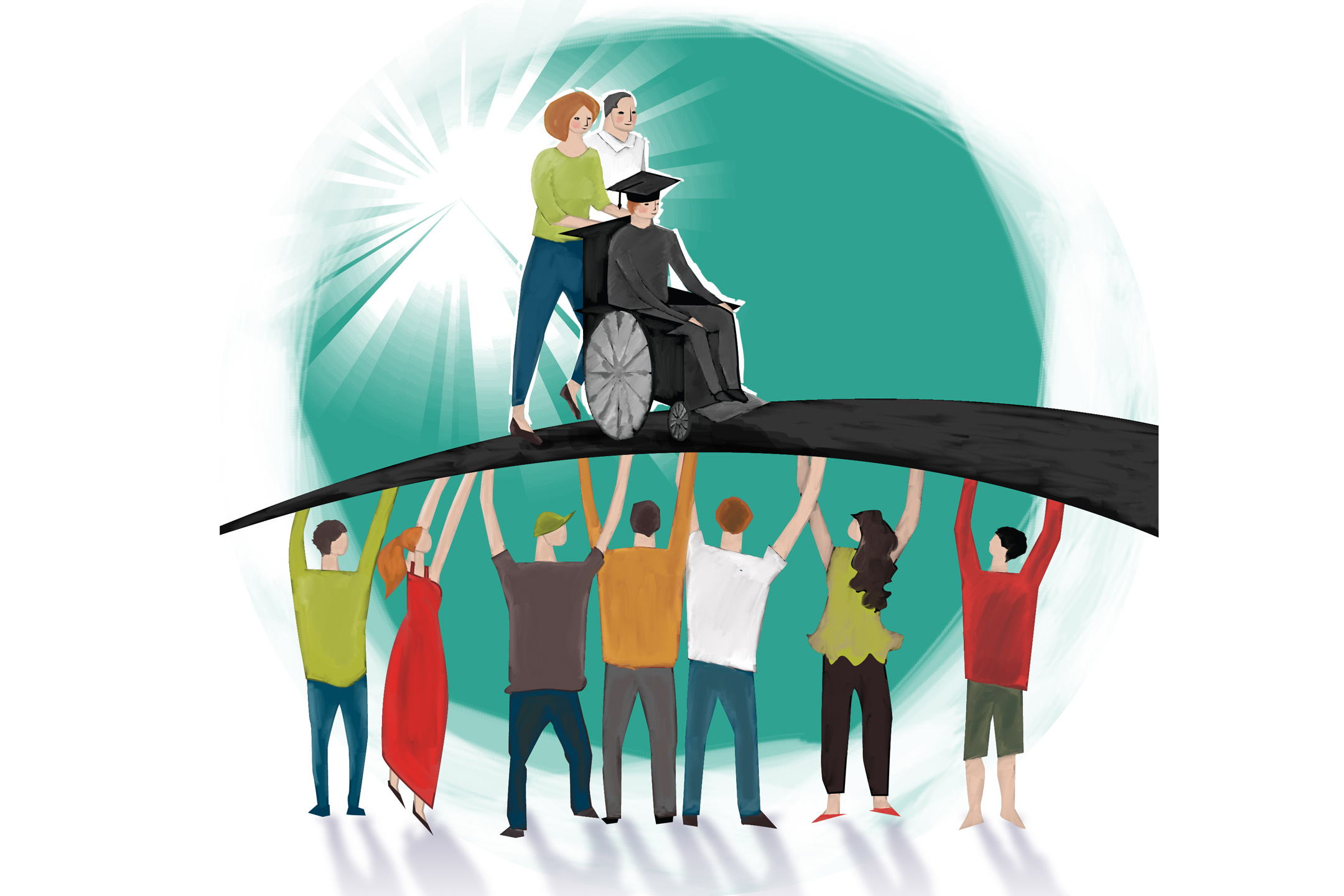 Posted at 13:06h in Editors Picks, Inspire by admin

Two young people who have faced extraordinary challenges, have left a lasting impression on Dr Duncan Jefferson. One child lost half her brain with the remaining half able to make up for it. The other suffered a tragic sporting injury.

There are people you meet in the course of your career who have an impact on you for life. The ones who give meaning to it all. I can think of several, but two in particular stand head and shoulders above the rest.

The first comes from a family that, like many others, live a relatively quiet life in Australia’s suburbs. But the courage this family display is as great as that of any war hero. Their second child was born with a rare condition that involves frequent, life-threatening epileptic fits, caused by an excess of abnormal blood vessels clustered around one half of her brain. These abnormal blood vessels also left a blemish on her face and affected the lining at the back of one of her eyes. The severity of the problem meant that without surgical treatment she would almost certainly die from a severe seizure or suffer extreme brain damage.

Her parents are two wonderful people who had already lived for some months with the reality of her condition. Parents who, when they went to bed, could be woken at any time to their child suffering a potentially fatal fit. They had spent days in the intensive-care unit watching over their precious child. They were then given a decision to make that still makes me queasy to write about. They were told the only way the epilepsy could be stopped was if they gave permission to remove the affected half of her brain.

I still can’t imagine the torment these two people went through before they came to their decision. They made the only decision they possibly could if their child was to survive. But how does any parent foresee a future for their child who will have only half a brain?

Skip forward 16 years, when I bumped into the father at a school function and asked about the family. His child was in senior school and would soon be graduating. She has special needs, but runs around, plays normally, attends classes, sings and takes part in school plays just like any ‘normal’ teenager. In other words, even though she lost half her brain, the remaining half was able to make up for it. In medical terms, this is called plasticity. To me, it still seems like a miracle.

In the intervening years, the child has had laser therapy on the abnormal skin colouration on her face, which has made the blemish almost invisible. Her vision has also been salvaged in the affected eye. All of which has been painful and difficult for a young person to experience. And here perhaps lies the biggest miracle of all: the gentle love and concern of her parents and extended family and the ease with which she was accepted into a regular school community. Both let this young person live a normal life.

The second story concerns a young lad, Michael*, who was the fastest and brightest at school. His only drawback being that he knew it. Mike was a member of a school Under 16 sporting team I coached. Not only was he fast and bright, he was also a very gifted sportsman, and more than willing to give his coach some advice – even if unsolicited. His team played mid-week. While I could normally get away from work, on one particular day I was running late. As I drove up to the pitch, I could see that the game had already started, but had been held up by an injury. I went down to the pitch and was told Mike had been hurt. “They think it’s his neck,” was all I heard.

Mike was lying on the pitch. He said, “I think I’m in trouble, Doc.” I quickly assessed the sensation in his legs. Nothing. A terrible realisation came to me: ‘He’s a quadriplegic,’ I thought. A quadriplegic is someone who has broken their neck and lost use of all limbs, as well as many other basic functions. At this stage, it was imperative that no more damage be done in moving him.

In one of those rare mercies of life, I had attended a spinal-injury-care course some weeks previously. I knew how to look after cervical injuries in a first-aid situation. I had also been medical officer for Perth’s Quadriplegic Centre, so I knew what to do. Luckily the ambulance had already been called. So it was a case of carefully removing him from the field, into the ambulance, and off to hospital.

At the hospital, Mike said to me, “It looks like I’ve got a pretty big challenge in front of me, Doc.” From then on he seemed to use his considerable determination, willpower and intellect to reinvent himself as someone who would never walk again.

Many things happened in the years ahead that were quite astonishing. Firstly, Mike was facing huge medical costs for the rest of his life, so the school organised a fun-run fund-raiser. The principal sent out notes asking every child to raise at least $100. There were about 1000 children at the school. The following Monday, more than $100,000 was raised as students ran, skipped and jumped around the oval – something Mike would never do again. But this would help improve his quality of his life. Other community events followed, raising more funds for a trust fund to help secure his future.

Mike kept looking forward. He finished high school with honours and studied medicine at university. It quickly became apparent he would have no useful hand skills, so he switched to law. Upon graduating, he was awarded a Rhodes Scholarship, gained a PhD from Oxford University and now works in a large law firm. All this time, in the background were his parents, helping him through the transition from being independent, to relying on others for daily tasks such as bowel and bladder care. Something no young man should have to endure. His mother watched over him, trying to balance her protective instincts with the need to push him to some form of independence… and she did it beautifully.

Adversity comes in all shapes and sizes, but it comes to us all. How we face it, and who we have supporting us, will determine how successful we are.

Duncan Jefferson is a medical doctor based in Perth.