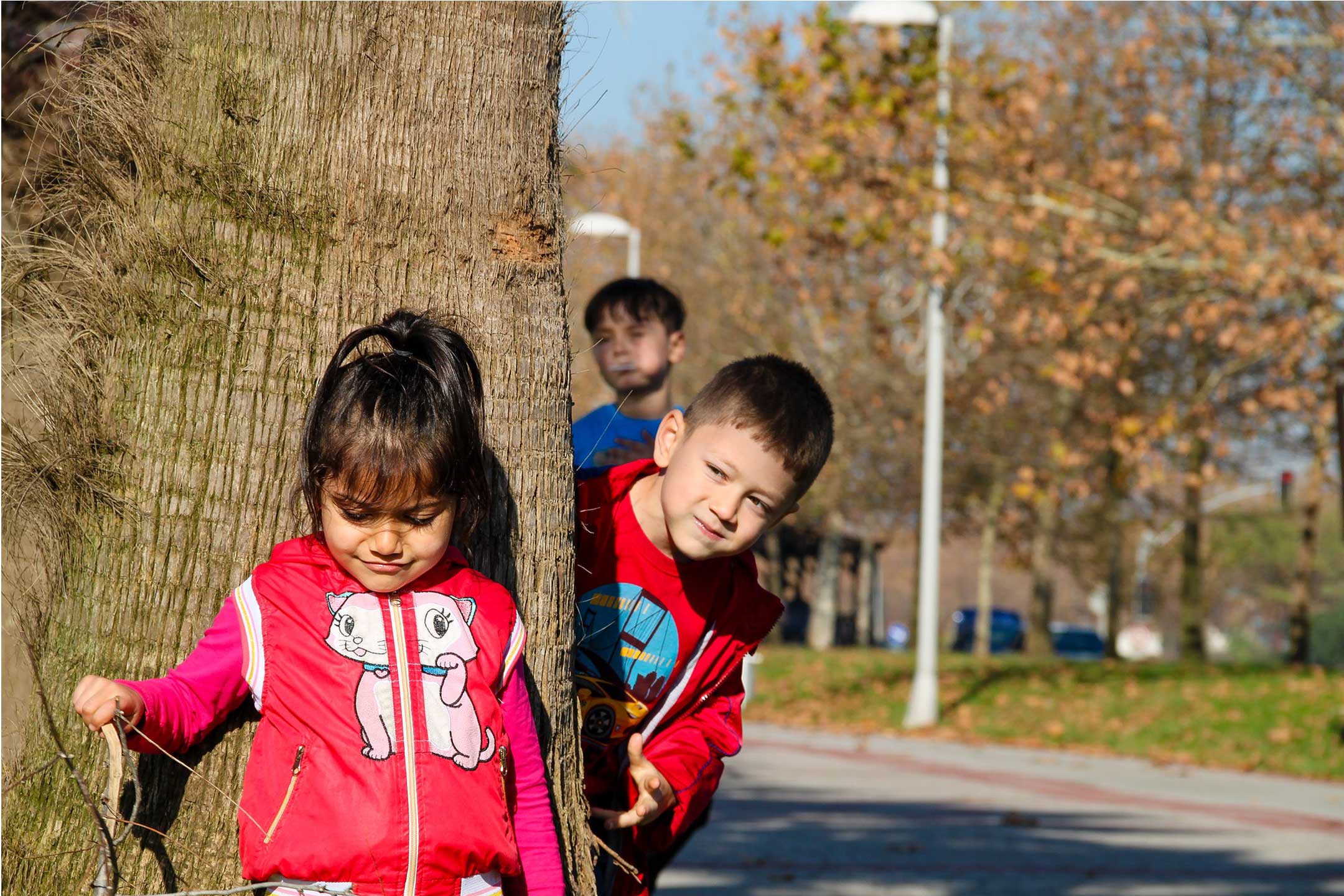 18 Mar Playing outside: Freedom Or Foolishness?

Posted at 18:13h in Editors Picks, Validate by admin

Caroline Illingworth explores the limitations that many of us place upon our children’s play.

The other day I took my kids to the park at the end of our street. As we approached, we were happy to see a boy and girl of about four or five playing on the equipment – some playmates for my older son. As he ran to join them, I looked around casually for their mum or dad. They were nowhere to be seen.

I recognised the pair as belonging to a home several doors up from the park and, glancing up, saw their parents busily working in the garden at the front of the house. They didn’t stop to check on their kids in the time that I observed them.

I admit I was horrified. We live in a quiet, leafy, family-friendly suburb, but the park backs on to a walking track, a river and a reserve with lots of bushes and trees.

A jogger came past not long after I arrived. “Are these your kids?” he frowned. “They were there half an hour ago when I ran past.” I shook my head, explaining where they came from. He tut-tutted as he sprinted off.

My reaction – and that of the jogger – seems to be the norm in this day and age, where the threat of predators appears greater and the dangers to our children seem more prevalent than in previous generations. But a growing movement of commentators and researchers is arguing that our kids are in danger of being overprotected and that parents need to let go of the reins and give them the chance to explore outdoors unattended – even if that means taking risks. 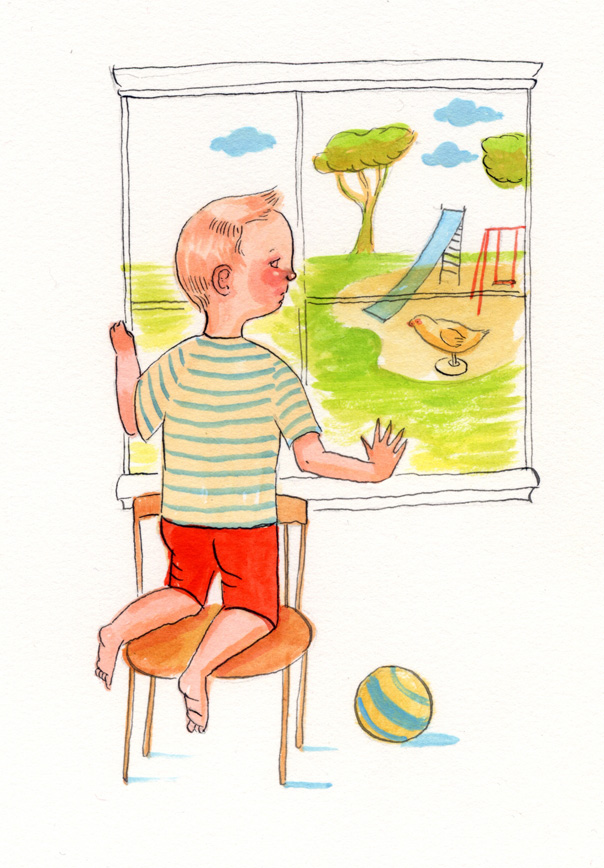 After the park incident, I happened to read 21st Century Boys, a book by UK writer and education consultant Sue Palmer. Palmer is a very strong advocate for children ‘playing out’ – playing outdoors and out of sight of adults. She argues strongly throughout 21st Century Boys that children, in particular boys, need the freedom to roam, explore and learn, but says that for many in this day and age this freedom has all but disappeared. Palmer and other social commentators, such as Tim Gill, a UK writer, researcher and former director of the Children’s Play Council (now Play England), believe that playing out naturally builds skills such as risk assessment and management, working collaboratively and problem-solving. They say it helps children rise to challenges, bring scientific concepts to life and develop independence and initiative. Palmer says, “In trying to eliminate the statistically minuscule chance of a child dying while out to play, we risk damaging the physical, social and emotional development of an entire generation of youngsters, with long-term consequences for society.”

My own childhood, and that of my husband, was full of opportunities for playing out, and at the time I took it for granted. Playing in the park across the road for hours without parents from a fairly young age, spending hours at my neighbour’s house without an adult in sight and making the 10-minute walk to the local shops by myself are just some examples. My husband recalls spending hours pottering and playing by the nearby river with a neighbourhood friend and taking public transport to school from Grade 2 (albeit with an older sister) – freedoms that are rare today.

However, the thought of my children, aged four and one, being allowed to have this kind of freedom in a few years’ time sends me into a panic, and I know I’m not alone in thinking this way. So why has my attitude, and that of many of my peers, changed in just a generation?

Investigating this issue, I came across New York mother Lenore Skenazy, who writes the blog ‘Free-Range Kids’, now also a book. Skenazy is a passionate believer in letting children out of our sight. She has been labelled “America’s worst mom” after writing a column about letting her nine year old take the subway alone, and been castigated in the media for her ‘Take Our Children to the Park & Leave Them There Day’ campaign.

Undeterred, Skenazy asserts that we are giving in to hysteria and misinformation and that the risks are actually the same for our children as they were for our generation. A lot of parents today, Skenazy says, see no difference between letting their kids walk to school and letting them walk through a firing range. “Any risk is seen as too much risk… parents [have to] realise that the greatest risk of all just might be trying to raise a child who never encounters any risks,” she says. “If we try to prevent every possible danger or difficulty in our child’s everyday life, that child never gets a chance to grow up.”

Is there a basis for our generation being more fearful of letting kids out on the street? Or do factors such as the widespread media coverage across many mediums – TV, radio, print and online – mean that we are more aware than ever of bad-news stories involving children, which heightens our fear? According to statistics published in the Australian Institute of Health and Welfare report. The rate of injury deaths has gradually decreased between 2004-06 and 2014–16 from 6.2 per 100,000 children to 4.1 per 100,000 children. The injury death rate for boys was around 1.5 times as high as the rate for girls in 2004-06; however, this has declined to around 1.1 times the rate for girls in 2014-16. Children aged 0-4 years had consistently higher rates than the other age groups over this period but the rate has been gradually declining from 11 per 100,000 children in 2004–06 to 6.8 per 100,000 in 2014–16.

Jason Payne, research analyst at the Australian Institute of Criminology, said: “According to recorded crime statistics, children under 10 are among the least likely members of society to be affected by violent crime. The number of child victims of homicide each year is very small, and those who are killed are likely to die at the hands of someone they know, such as a family member.”

Although on the one hand statistics like this give strength to the argument that we should give our children more freedom to go out to play, on the other hand, it is hard to know if the decrease is due to more-vigilant parenting over the past 10 years, rather than society being safer.

I’m still not sure at what age I will feel comfortable to leave my kids at the park, or let them roam free in our street with other neighbourhood kids, but it’s been interesting to challenge myself to think more about this issue, and to remember the joy that playing out brought to my childhood. It appears that there isn’t a right answer when it comes to this issue. Like most things, common sense and a personal level of comfort are probably the best way for parents to make decisions; finding our own balance of allowing our kids freedom without being foolish.