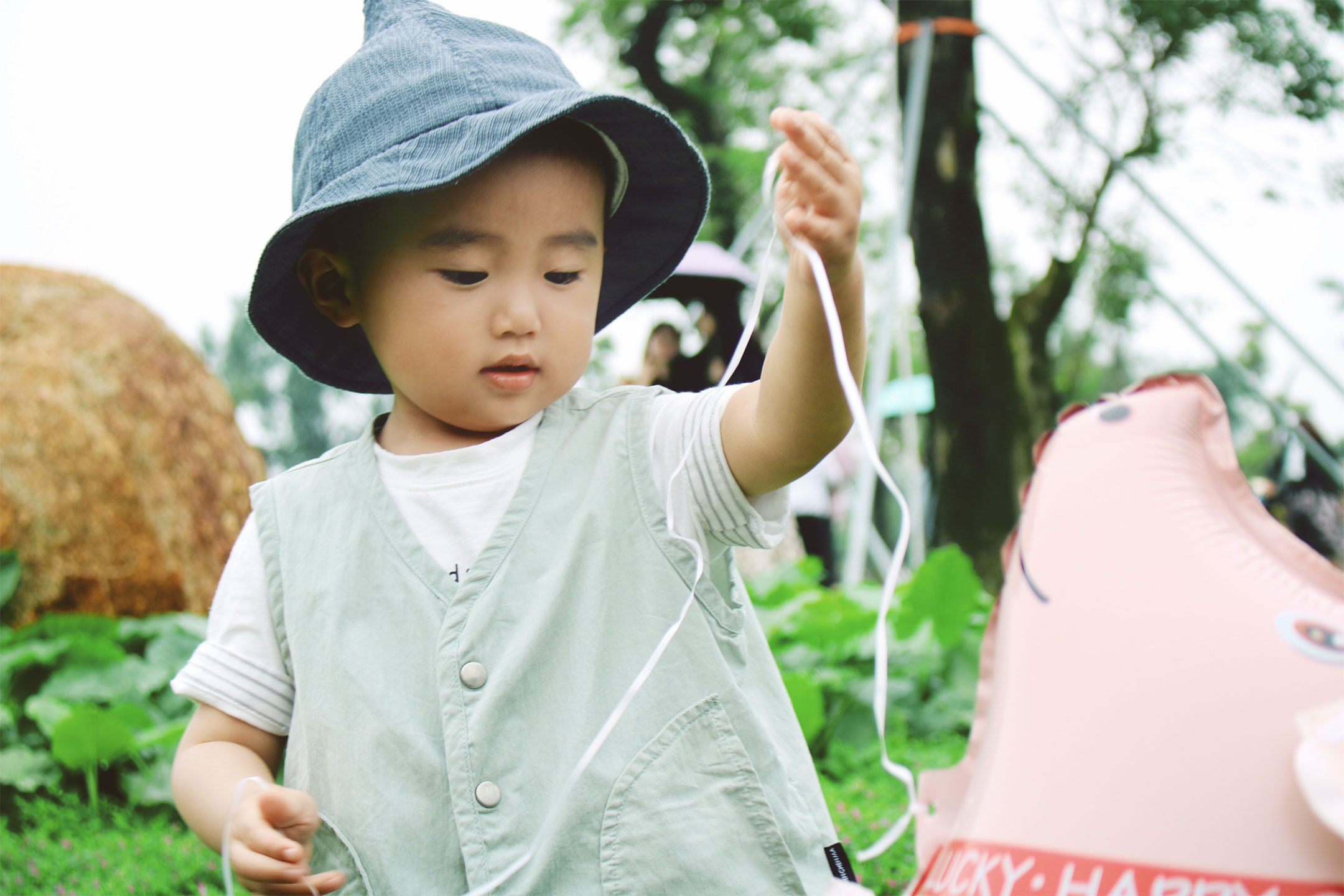 10 Mar Prejudice In The Playground

Posted at 21:24h in Editors Picks, Validate by admin

Patricia Tan and her toddler have an uncomfortable encounter at the park.

My son and I are laughing and enjoying a sunny afternoon at our local playground. When he zooms down the slide and lands at my feet, he is approached by an older boy with the same light-blue eyes and freckled nose as his father, who stands behind him. Feeling relaxed and happy, I return their smiles. Then it happens, catching me off guard.

“Ni hao!” says the father loudly. “Ni hao. Ni hao. Ni hao,” call father and son in unison, with broad smirks on their faces. My son and I are stunned and stare at them blankly. “Ha ha! He doesn’t understand!” exclaims the man, grinning at me as if I will participate in mocking my son.

Not knowing what else to do or say, I pick up my child and carry him quickly to the other side of the playground, thankful that the boy and his father don’t follow us. I take several deep breaths, trying to quash the uneasy feeling in my stomach and stop my eyes from leaking hot, indignant tears.

He was born in Australia and his father and I are proud to call him our little Aussie.

This is the first time that anyone has picked on and made assumptions about my son because of his ethnicity. He was born in Australia and his father and I are proud to call him our little Aussie. But the two strangers saw his Chinese features and assumed that he must speak Mandarin, not English like any other Australian. They treated him differently because of his race, like a foreigner in his own country.

I wonder if my one-and-a-half year old comprehends what just happened. He doesn’t say anything about it; his speech is still limited. From the way he giggles as I push him on the swing, he doesn’t seem bothered. I’m a little relieved that the weight of the situation is probably beyond him. I don’t know how to explain it to him.

The usual excuses that I’ve heard my entire life run through my mind: they’re trying to say ‘hello’ in “your own language”, they’re trying to make you feel “at home”, or they’re just being friendly. Perhaps they wanted to impress us with their knowledge of Chinese. But their sneers, patronising tones and repeated use of the same phrase tell me that the father and his son don’t really speak the language, nor were they attempting to engage us in conversation.

It triggers memories from my childhood. I was born and raised in Perth and my parents were immigrants from South-East Asia. Since I started school, I’ve continually been asked questions along the lines of, “What country do you come from?” and “Do you speak Chinese?” Like most of the kids I grew up with, I speak only English. Many of my friends also had parents who were immigrants. Their families came from places such as Holland, Ireland, Poland and Wales. But they were never questioned about where they were “really from”, and they were not expected to speak Dutch, Gaelic, Polish or Welsh. It didn’t take me long to learn that, unlike my friends, I wore my difference on my face.

My parents offered me little support when it came to tackling ignorant assumptions, stereotypes and racism. Many times I went to them with a furrowed brow or teary eyes after I’d been chased around the schoolyard by a child yelling “ni hao” or someone had made “ching chong” noises at me because “that’s how Chinese people talk”, or a teacher had scoffed, “Well, you are Chinese,” when I made a mistake in an English test. My parents would look away awkwardly, give a dismissive shrug, or change the subject. I tried to be forgiving. Mum and Dad didn’t grow up here and were probably as bewildered as I was.

Perhaps the next time he sees us he will say ‘Hello’.

I want to do more than that for my son. I know I can’t control the actions of others or shelter him from everyone who can’t see beyond the surface. But I can offer hugs and a listening ear, and share advice on how I coped with similar situations. I can help him develop his self-esteem and a strong sense of his own Australian identity. I can explain to him that ethnicity doesn’t have to determine someone’s language, culture or nationality. People from around the globe have been moving here for centuries.  In modern, multicultural Australia, it’s no longer possible to assume that someone’s ‘own language’ is not English or that they are foreign just by looking at them.

I gently lift my toddler off the swing and say calmly, “Pay no attention to those people. You’re fine just the way you are.” I’m not sure whether he beams at me because he understands or because he has spotted a pigeon and is now leading me excitedly towards it. It’s probably the latter, which is fine. Teaching him everything I want him to know is going to take time. At least we’ve made a start. As we’re leaving the playground, we come across the father and his son again. For a split second, I consider going in a different direction. Instead, I take a deep breath, hold my son’s hand and keep walking. Although I tell myself not to engage him, the man catches my eye as we pass by. I’m surprised to see his mouth agape and a mixture of shock and embarrassment on his face. Maybe he has learned something from our encounter too.

Perhaps the next time he sees us he will say ‘Hello’.