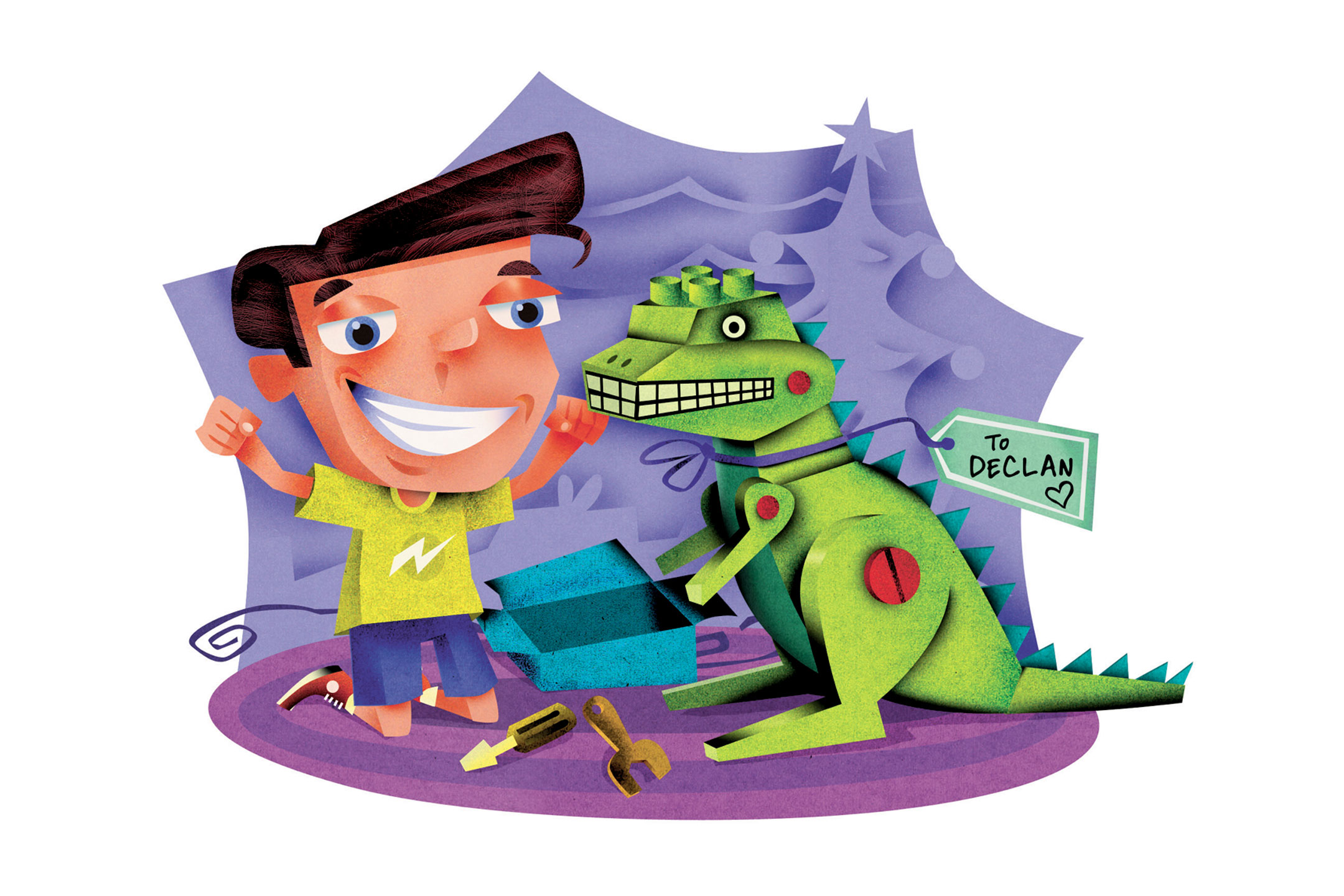 I’m not sure that ‘The Declaration of Independence’ got it right: all men aren’t created equal, at least when it comes to chasey or lunchboxes or even colouring in. If they were, they would all win the prize, but only one person was going to be taking the Legosaurus home.

Mum, look at this!” my five-year-old son shrieked, brandishing a flyer featuring a rather fierce dinosaur, albeit one made of bumpy plastic. “It says you can get it if you colour in this picture!” I studied the entry form thrust in my face. “No,” I tried to explain to him,
“It says that one person will win it for colouring in. Just one.” He wasn’t listening. “Won’t it be great when it’s all mine!” he enthused. “I’m going to do the best colouring in ever and I’ll have to win it!”

My son Declan is mad about Lego, mad about dinosaurs, and this creature – which we dubbed the Legosaurus – was a distillation of both his passions. Though not normally a competitive child, in his words, he had to win it. Over the next few days, everything else was abandoned as he perfected his entry. Michelangelo could not have been more diligent in his efforts and, as entry after entry was abandoned because the colours weren’t quite right or his tears had smudged the page, I thanked my lucky stars that I had had the foresight to make a few copies of the form. 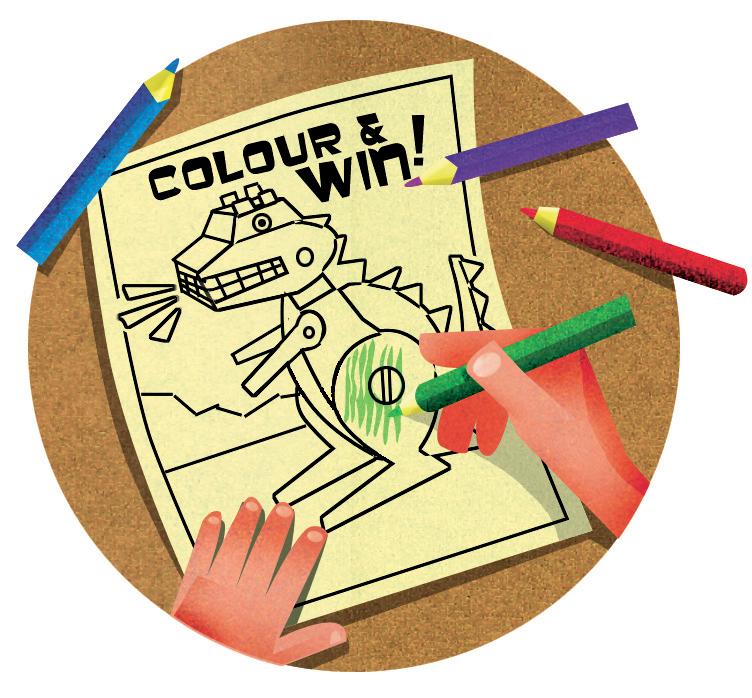 It seems the trend these days is to shelter our young children from competition. Pass-the-parcel now comes with a prize in every layer; at my son’s school, everyone gets to bat for the same amount of time at cricket, regardless of whether they’re making ducks or sixes. These are five-year-olds after all, and I understand the rationale behind giving everyone a chance to succeed – to build up the tiny egos before the world has its way with them.

But kids are still competitive, some of them fiercely so. The video I have of Declan in action at his first sports day shows him alternately stopping to wave at us and talking to the boy in the next lane as they ambled towards the finish line. Yet, there was another child in the race almost sick with nerves at the starting line, so intent was he on the blue ribbon. I think his heels are caught blurrily at the edge of the frame as the gun went off, already metres in front.

And it’s not only sport. Declan’s class was divided into ability groups for reading and writing, not all that far into their first year of school. I help out in the classroom once a week and have realised that most children are very well aware of where they fall in the pecking order, even at this tender age. Thankfully though, they seem to remain fairly matter of fact about their differences.

“Patrick is the best at Yu-Gi-Oh!” Declan explained to me one day as we were walking home from school. “And Ryan is best at reading and Jye is the best at chasey.” It sounded as if there was a place for everyone. Intrigued, I asked him what he was the best at. He proudly declared,  “I have the coolest lunchbox”.

Were we going to end up fudging his results in every competition that caught his eye?

I’m not sure that The Declaration of Independence got it right: all men aren’t created equal, at least when it comes to chasey or lunchboxes or even colouring in. If they were, they would all win the prize, but only one person was going to be taking the Legosaurus home. Declan was competing in the five to nine-year-old age group, punching hopelessly above his weight and against kids who could not only stay within the lines but whose mothers allowed them to use Textas. Given the odds against him, I wondered whether I should encourage his fevered attempts, knowing he was going to be disappointed when he didn’t make the grade, or instead simply hide the Derwents.

My husband had another idea. A fiercely competitive sportsman himself – even at an age when he should have been at Bunnings every Saturday rather than agonising over his inswinger – he wanted our son to experience the elation of victory. Maybe, he suggested, we should just tell him he won and somehow get the Legosaurus for him. There was a similar set in the Trading Post we could buy. I was torn between horror and amusement. What sort of message would that be sending? Were we going to end up fudging his results in every competition that caught his eye? My husband shrugged, unperturbed. “He’s tried his heart out and he deserves something,” he said. “He’s too little to know he’s failed.”

Our boy anxiously checked the mail every day, hoping for news of his prize

We tossed the idea up for a week. I wanted my son to experience the thrill of success after sustained effort, the pleasure that comes from knowing you’ve given something your all and that that effort has been recognised. But against that, I didn’t want him to think that rewards would always follow exertion, because they don’t. Meanwhile, our boy anxiously checked the mail every day, hoping for news of his prize, talked at dinner about how great the Legosaurus would be, and went to bed clutching the flyer from the competition.

But then, just as I feared we were going to have to go the Trading Post route after all, he appeared to lose interest. Two whole weeks went by without mention of the Legosaurus. I gratefully blessed his five-year-old attention span and thought he’d forgotten about the whole thing. But he hadn’t. A few days later he sidled up to me before bed and enquired solemnly, “Mum, I didn’t win that Lego, did I?” I shook my head, a lump in my throat as I waited for his devastation. He thought for a moment and then announced, “They must have lost my form, because I know I am the best colour-inerer in the world. Could Santa bring it for Christmas instead?” I happily agreed, though that was still eight months distant. Sometimes everyone’s a winner.