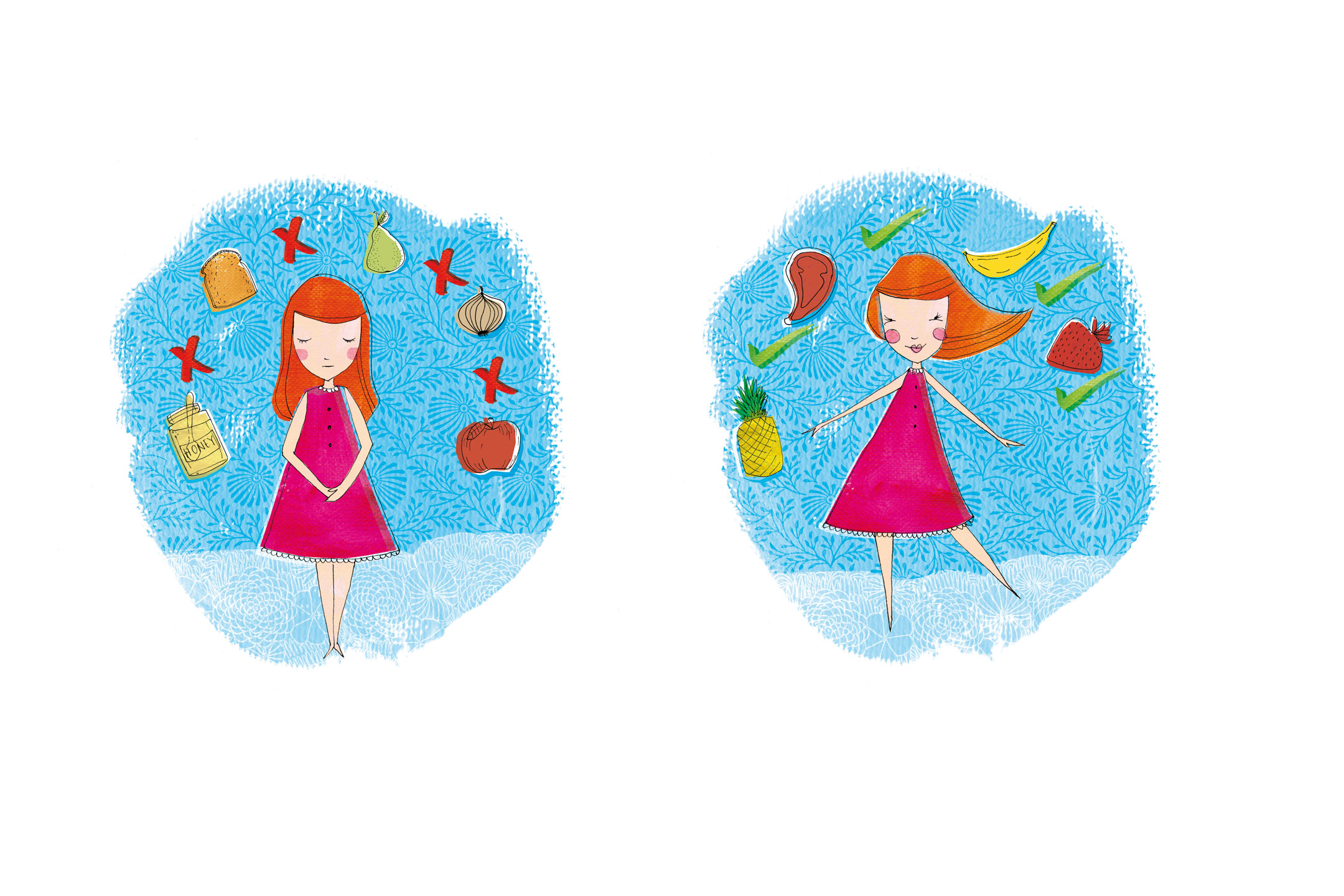 Kathryn Kelly is relieved to find a diagnosis for her daughter’s mysterious tummy pains.

Sometimes our life seems like one long detective story.

For years, our eldest daughter, Katrina*, suffered from mysterious tummy pains, soiled undies and extreme grumpiness. She also produced amazing amounts of gas – sleeping in the same room as her was like sleeping with an idling motorbike. We tried everything: eliminating wheat, dairy, salicylates and colourings; drinking more water, and increasing the fibre in her diet. At the suggestion of a paediatric gastroenterologist, we even tried laxatives – to no effect.

A string of different doctors prodded her abdomen, weighed her, measured her and tested her for coeliac disease, before pronouncing that her problems were “nothing to worry about, maybe just a touch of irritable bowel syndrome”. Her weight was slightly below average for her height, but nothing extreme.

However, she was pale and easily tired, and there were the mysterious pains that seemed to come and go entirely at random. We often found ourselves guiltily wondering if those pains were just a kind of attention-seeking behaviour. After all, if the doctors said she was fine then who were we to argue?

We read books, tried diets, and spent endless hours googling all kinds of different conditions and symptoms. Elimination diets are no picnic for an adult, let alone a child. Imagine telling a five year old that she can’t eat her favourite foods, when you’re not even sure if it will make any difference. We’d try a new diet and have one or two symptom-free days, and just as we were starting to hope we had found the answer, the tummy pains would come back. All we had was our own conviction that something wasn’t right.

In the end, the breakthrough came when I heard about fructose malabsorption from a friend whose daughter had just been diagnosed with it. It’s a curious condition that the medical profession is only just starting to recognise. The inability to absorb fructose properly leads to tummy pains, diarrhoea, gas and all kinds of secondary symptoms, such as fatigue and depression.

As the symptoms matched Katrina’s, we tried the fructose malabsorption diet – but we didn’t make a lot of progress. We eliminated the ‘danger’ fruits such as pears and apples, and avoided onion, garlic and wheat, but there were still a lot of phantom tummy pains, so eventually we gave up and put her back on a normal diet.

Months and months of no progress made Katrina even grumpier, and drove us to the point of despair. Eventually, we decided to have her tested for fructose malabsorption, which is diagnosed by way of a hydrogen breath test, as a last-ditch effort to try to pinpoint the problem. This was a simple enough test. After having her diet restricted for 24 hours, Katrina had to drink a fructose drink and then have her breath tested every 15 minutes for two hours. She didn’t have any major symptoms after ingesting the fructose drink, so we resigned ourselves to another dead end – until the results came back showing a strong, clear positive for fructose malabsorption.

Finally, armed with an answer, we researched fructose intensively and discovered that it’s really quite difficult to eat a fructose-restricted diet. The diet we had been following simply wasn’t strict enough. The literature states that fructose is okay when it’s balanced, fifty-fifty, with glucose, but that’s not quite true. There is still a pretty low limit on how much fructose you can eat, even when it’s balanced. Table sugar is fifty-fifty fructose and glucose, so she can get away with some, but not a lot. Rye flour turns out to be just as bad as wheat flour, and many gluten-free foods (which seem to be okay because they’re wheat free) turn out to be bad for fructose because they have chickpea, besan, pea, soy or lentil flour in them. And that’s just the tip of the iceberg!

We’ve been following an appropriate diet for Katrina for about a year and we’re finally starting to get the hang of it. We know when we’ve got it wrong, because the tummy pains and diarrhoea return; but fortunately we’re getting it wrong much less often these days.

It takes a lot of creativity to devise new recipes without all the fructose nasties, and a huge amount of label reading when shopping. But there’s no doubt that it’s worth it – these days Katrina is healthy, fit, strong and much, much happier. Getting a diagnosis was part persistence and part luck, but the crucial part was listening to our own instincts. We knew something wasn’t right and now we have a healthy, happy, energetic seven year old.