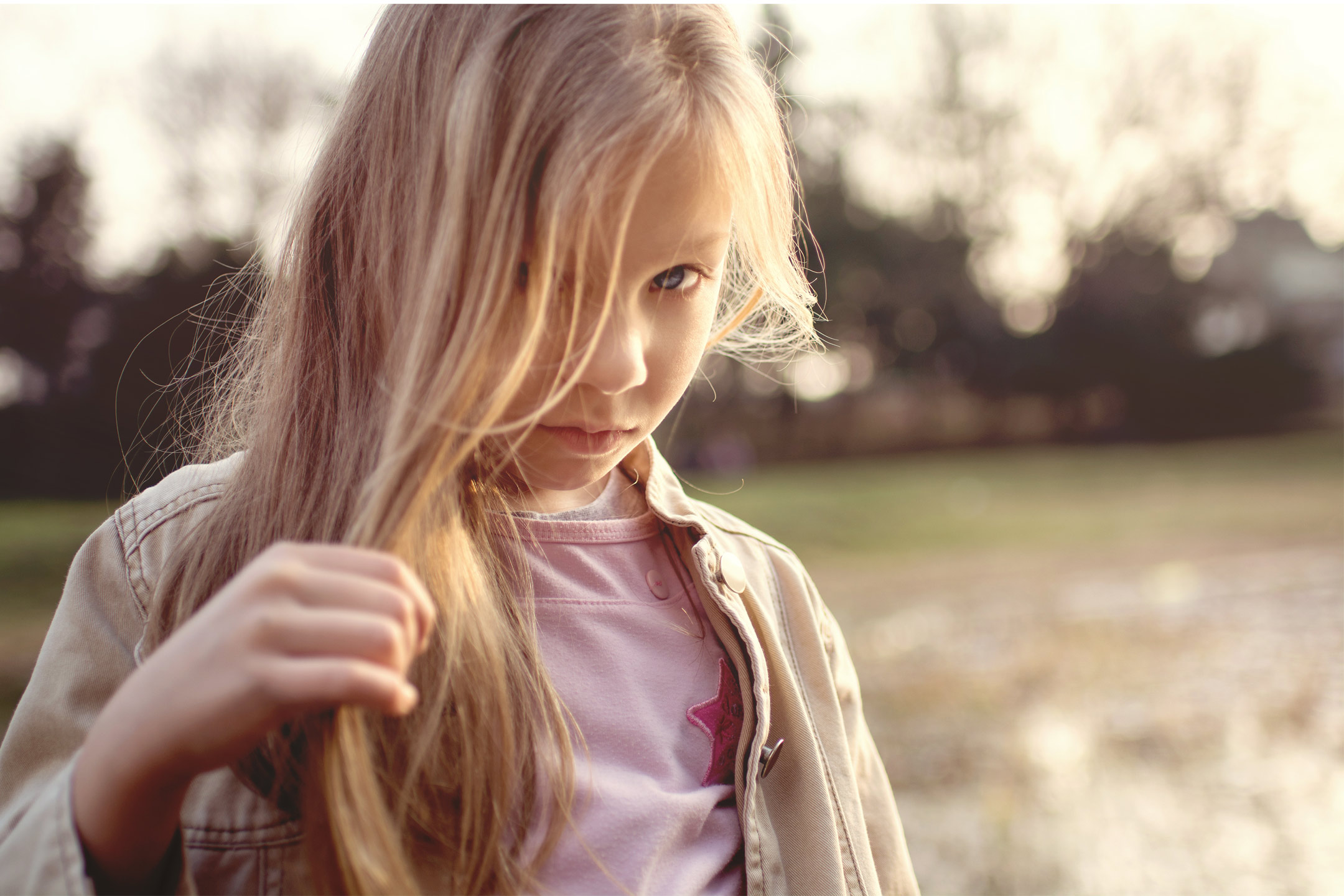 Being a Highly Sensitive Person (HSP) has its minuses – and pluses, reports Natalie Ritchie

From the time she was little, Lily* could not be apart from either one of her parents, explains her mother, Astrid Friedman*. She didn’t like the outdoors, or anything bright, out of the ordinary or uncomfortable.

“At mothers’ group, we would lay out all our babies in a line-up top to toe,” says Astrid. “Lily would freak out and could never be put down. I couldn’t make a cup of tea. As a toddler, she would even sit on my lap on the loo.”

It wasn’t until Lily was about four that Astrid realised Lily might be a highly sensitive child.

“If she lost it, she lost it in a big way. The upset would take over her body, she would freeze, her hands would go claw-like. It wasn’t a ‘me, me, me’ brat thing. Her reaction was real.”

Now 11, what Lily finds most challenging is a situation where she doesn’t understand what she has to do, or doesn’t believe she can do it. “In maths, for example, she has a breakdown if confronted with a new problem to solve, even though she is in Extension class.”

The flip-side, however, is that when she feels confident, there’s no holding her back.

“When her Year 1 teacher cast her in a performing arts role on stage, my husband and I thought ‘What was the teacher thinking?’. As a preschooler, Lily had cried all the way through performances. But in that Year 1 show, she learned that she could do it. Now she revels in performing, and is centre-stage any chance she gets,”says Astrid.

“As a highly sensitive person, you’ve got the very best and the very worst. You’re not going to let yourself fail but you’re your own worst critic. In academic grades, she scores highly, yet every year we have a discussion with the school about her struggle with change. Last year was a shocker; she cried every day from term 2.”

That makes it all the more surprising that Lily is independent and at ease socially. “She has no trouble making friends, even when she changed her friendship group this year. Her friends notice she is often upset, but she is also always a happy, outgoing kid. They just accept that’s who she is. She’s quite reserved but with her friends, she’s the life of the party; loud, silly, fun. She’s very kind. Kids like you when you’re not going to be mean to them. She also loves to be alone and likes her independence within her comfort zone; she walks home alone a kilometre from school.”

All the same, Astrid worries about the future.

“She can’t stay home forever. Is she going to be able to overcome that anxiety to do the stuff that is hard?”

Creative activity, like playing the piano for 10 minutes, can ‘re-set’ Lily and turn her into a different child,  Astrid reports.

That transformative power of creativity is turned into solutions by Lily’s arts therapist, Heidi Gaspar, who works from what Astrid describes as “a magnificent room in her house lined wall-to-wall with little toys and things that children can choose by what it means to them.”

Those ‘toys’ and figurines are what Heidi calls ‘symbols’.

“I usually get the kids to choose one symbol to represent themselves and one to represent their issue,” says Heidi. “The kids project their feelings onto them, and we play with them. Trauma is not experienced in the frontal cortex where explicit cognitive processes take place, but in the mid-brain, where there is no language and memories are stored implicitly. When we’re ‘doing’ in therapy rather than just ‘talking’ as in psycho-analysis, we’re accessing that episodic memory and re-processing it. Whatever the main thread of the child’s issue is, it becomes integrated into their body and mind as they play with the symbols. The symbol-work changes the neuro-chemistry of their problematic experience, so that next time they face that issue, the heightened emotional arousal that was once attached to it has been processed or diffused and it’s not so catastrophic anymore.”

Heidi also uses a lot of sand play therapy, as well as other methods like role reversal and finger puppets where the puppets converse as ‘goodie’ and ‘baddie’.

“Is your child highly sensitive to criticism? Exceptionally compassionate and empathic? Maybe a perfectionist? Intuitive? Does your child overthink things and constantly worry? Get overwhelmed and overstimulated easily? Get teased for crying a lot? Would they do anything to avoid hurting someone else’s feelings? Bothered by loud sounds, violent movies, and bright lights? If your child struggles with one or more of these, they may well be a highly sensitive child,” Heidi says.

Some simple strategies that can help are:

“Many highly sensitive children go unnoticed in the classroom, often labelled ‘too sensitive’ or told to ‘toughen up’. Boys struggle in particular due to these harmful masculine stereotypes,” says Heidi. “HSPs don’t choose this trait; it is purely down to genetics and is highly heritable. As the Student Wellbeing Co-ordinator at Bayside College in Melbourne last year, I saw that sensitive children did not always receive the emotional coaching they needed, as the children who had behavioural issues were first in line due to ‘damage control’. ‘Sensitivity’ as a human descriptor has negative connotations and needs better understanding to bring the scales back into balance.”